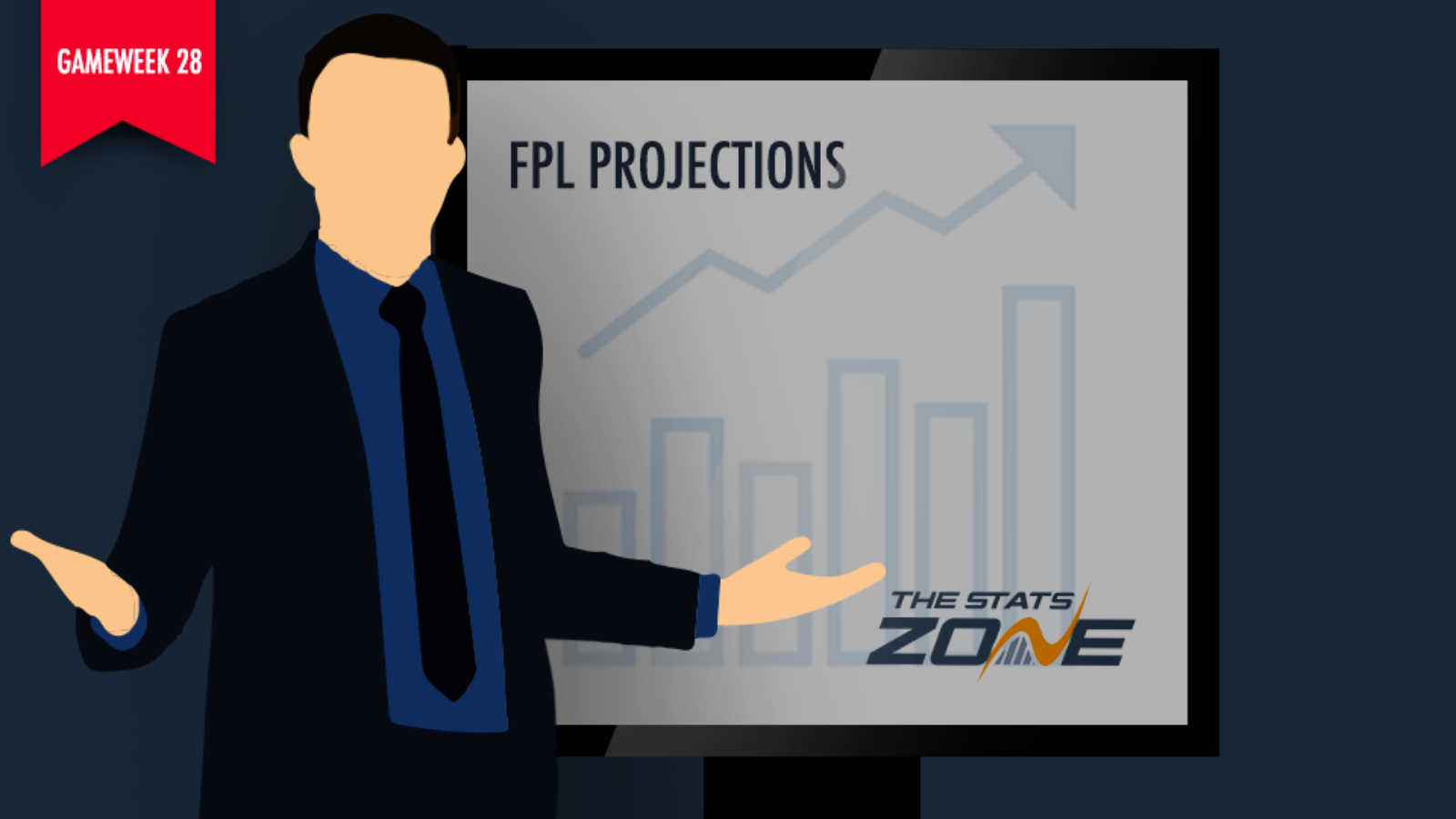 Monday was a similar story, with Mo Salah (£12.8m) and Sadio Mane (£12.3m) both scoring alongside two assists from full-back Trent Alexander-Arnold. The Liverpool clean sheet however, was wiped out as the Reds beat West Ham 3-2, which was bad news for owners of central defenders Virgil van Dijk (£6.6m) and Joe Gomez (£5.3m) alongside goalkeeper Alisson (£6.2m).

Gameweek 27 saw the projected XI pick up 50 FPL points, largely thanks to its double Wolves defensive coverage of Willy Boly (£4.7m) and Matt Doherty (£6.1m), with the latter registering an assist to earn 10 FPL points himself. They were let down however by Chelsea defender Antonio Rudiger (£6.0m), who put through his own net to wipe out his clean sheet and take no FPL points whatsoever from the gameweek. Goalkeeper Dean Henderson (£5.2m) also lost his clean sheet in Sheffield Utd's 1-1 draw with Brighton, earning only 2 FPL points, whilst midfielder De Bruyne didn't fair much better with only 3 FPL points to his name. Jordan Henderson (£5.4m) didn't even make it into Liverpool squad due to injury, but captain Salah's goal ensured a healthy return of 14 FPL points. Everton midfielder Richarlison (£8.3m) also found the net, as did Wolves forward Jimenez, with 11 points accrued between those two. Unfortunately, the final two members of the projected XI frontline both blanked, as Ings and Roberto Firmino (£9.7m) both failed to find the net in Gameweek 27. 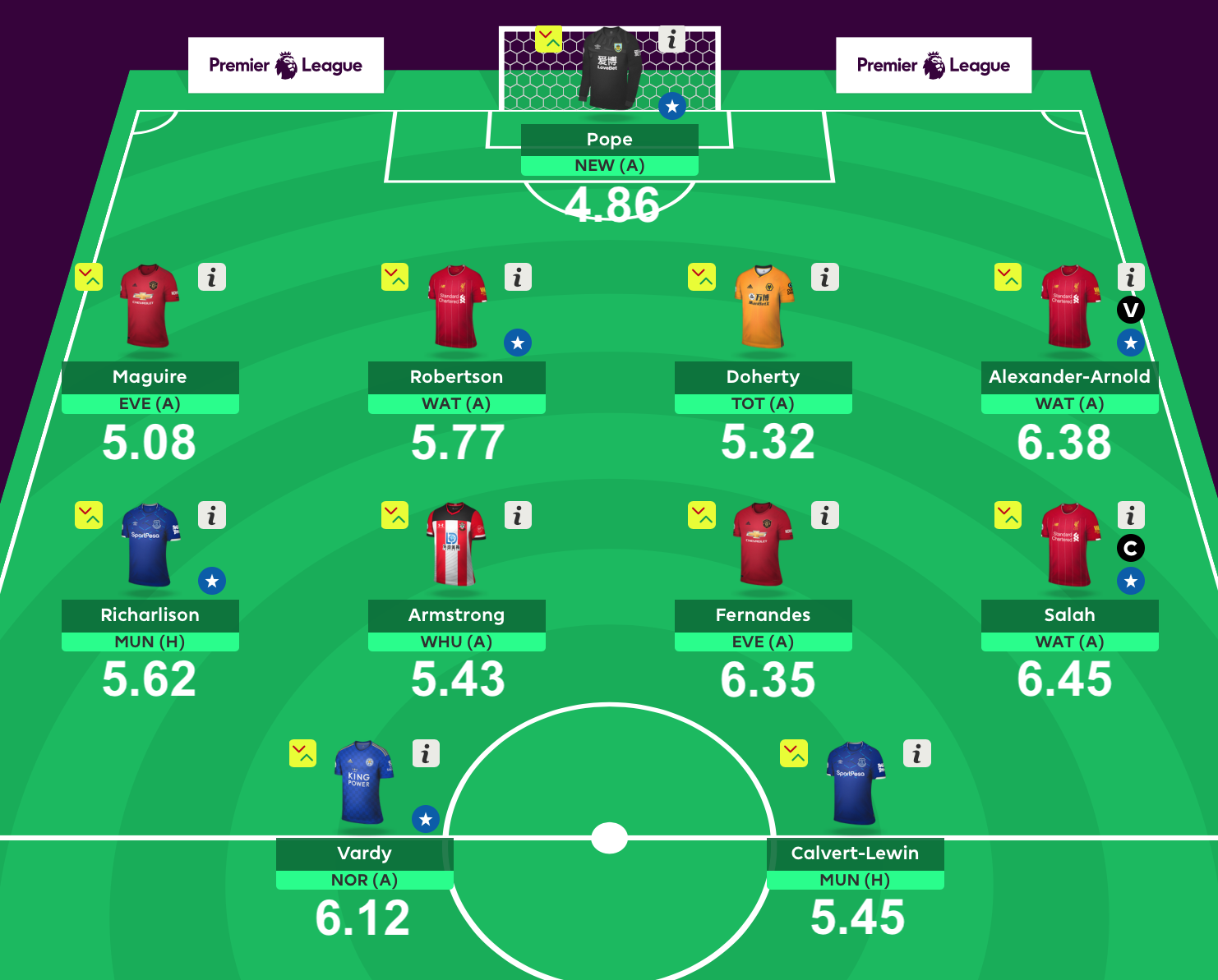 The projected XI for Gameweek 28 sees only three players retain their place in the side from Gameweek 27 as the algorithm wields the axe ruthlessly. Goalkeeper Dean Henderson is first to leave the side with Sheffield Utd not having a fixture in Gameweek 28. He is replaced by Burnley keeper Nick Pope (£4.8m), currently the highest FPL scoring keeper of the season having kept ten Premier League clean sheets. Burnley travel to a Newcastle side who have not scored in their last three Premier League fixtures.

SCOUT: Nick Pope is now the best-value #FPL asset in any position based on points per million (24.7) https://t.co/FpyI2lMWS0

In defence, only Doherty retains his place as the two Liverpool full-backs Alexander-Arnold and Andrew Robertson (£7.0m) both come into the side ahead of the Reds' trip to relegation-battlers Watford in Gameweek 28. The pair accrued 14 FPL points between them in Gameweek 27 despite Liverpool conceding twice. The defence is completed by Man Utd captain Harry Maguire (£5.2m) as the projected XI switches formation to the good old fashioned 4-4-2.

On another note... that’s another CS for United. May have to start considering one in. AWB? Maguire? #fpl #MUNWAT

In midfield, Mo Salah will once again wear the captain's armband with Liverpool facing a Watford side whom Salah has scored eight goals against in his five league appearances against the Hornets. Richarlison also keeps his place in the side as Everton host Man Utd in Gameweek 28. Speaking of the Red Devils, FPL's latest bandwagon selection Bruno Fernandes (£8.2m) is set to make his projected XI debut at Goodison Park after accumulating 22 FPL points from his first three fixtures in the Premier League, through a goal and two assists. The four-man midfield is completed by a very much under-the-radar pick in Southampton's Stuart Armstrong (£5.2m). The Saints man has scored three goals in his last five Premier League appearances.

The forward line is led by two English strikers. First is Leicester's Jamie Vardy (£9.7m) who, despite not scoring since Gameweek 18, will have high hopes of finding the net against rock-bottom Norwich. The last time Vardy played a Premier League match on a Friday night, he scored three goals and assisted one, to earn a total of 20 FPL points. The Premier League's joint leading goalscorer is partnered up front by Everton's Calvert-Lewin. With four goals in his last five Premier League games, including three attacking returns in his three matches played under Toffees boss Carlo Ancelotti at Goodison Park, DCL is more than worthy of his place in the projected XI.

@FFScout @FFH_HQ 3) 19 shots for Wolves this weekend with 13 in the box, 5 big chances and an xG of over 3. I fear Norwich might be beginning to collapse like Fulham last season now that there's little chance of safety with each passing week. Translation: Keep Vardy... 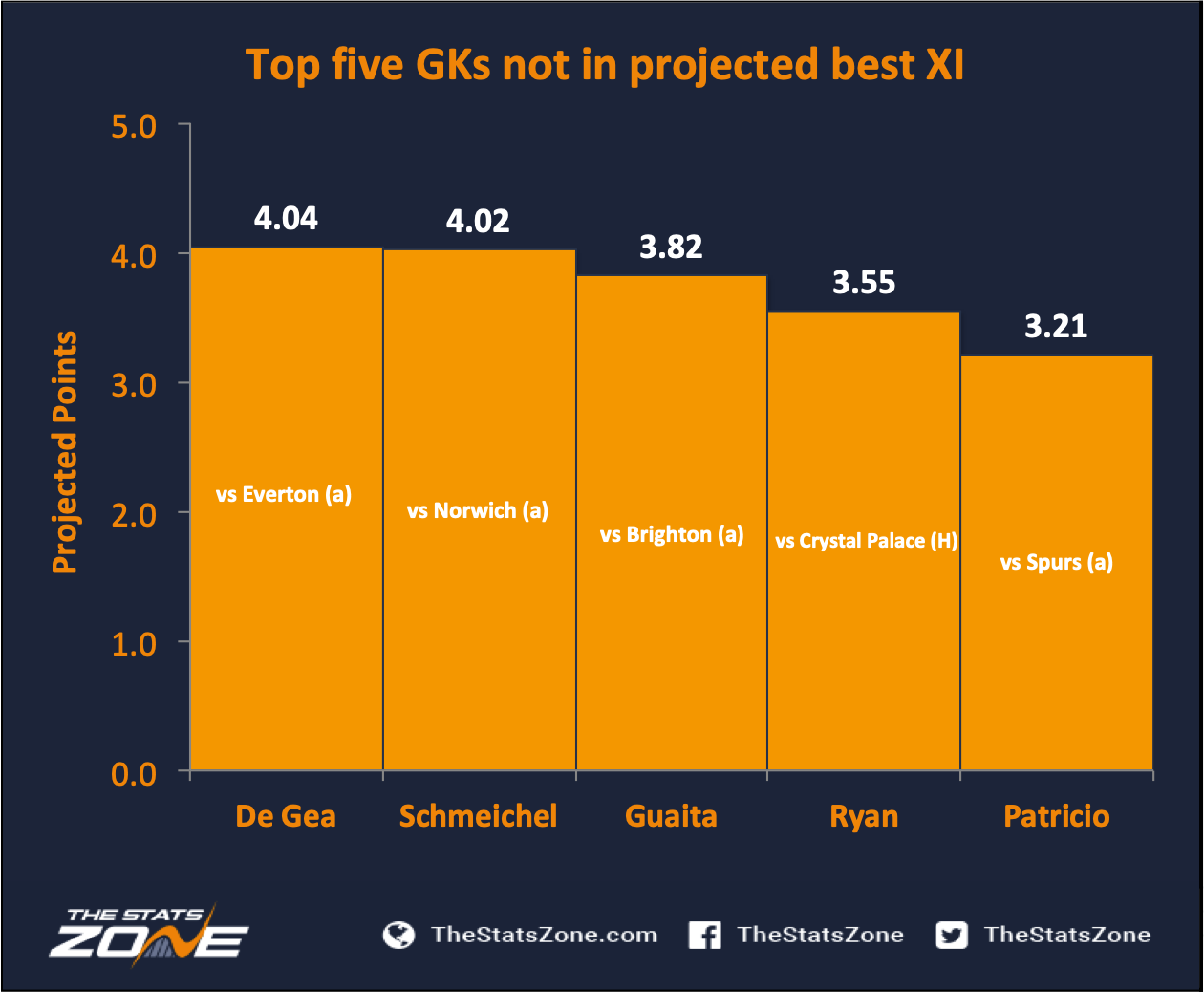 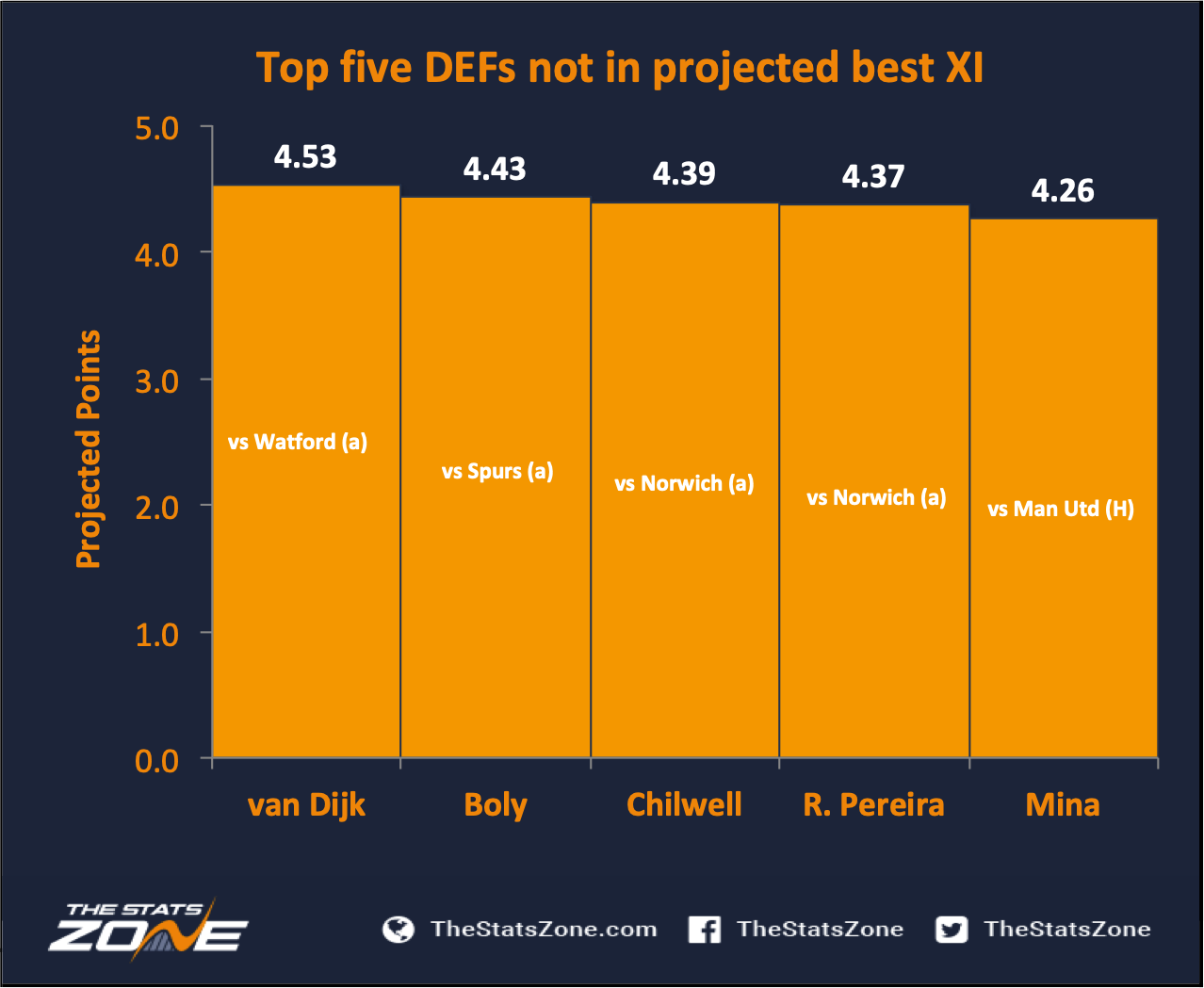 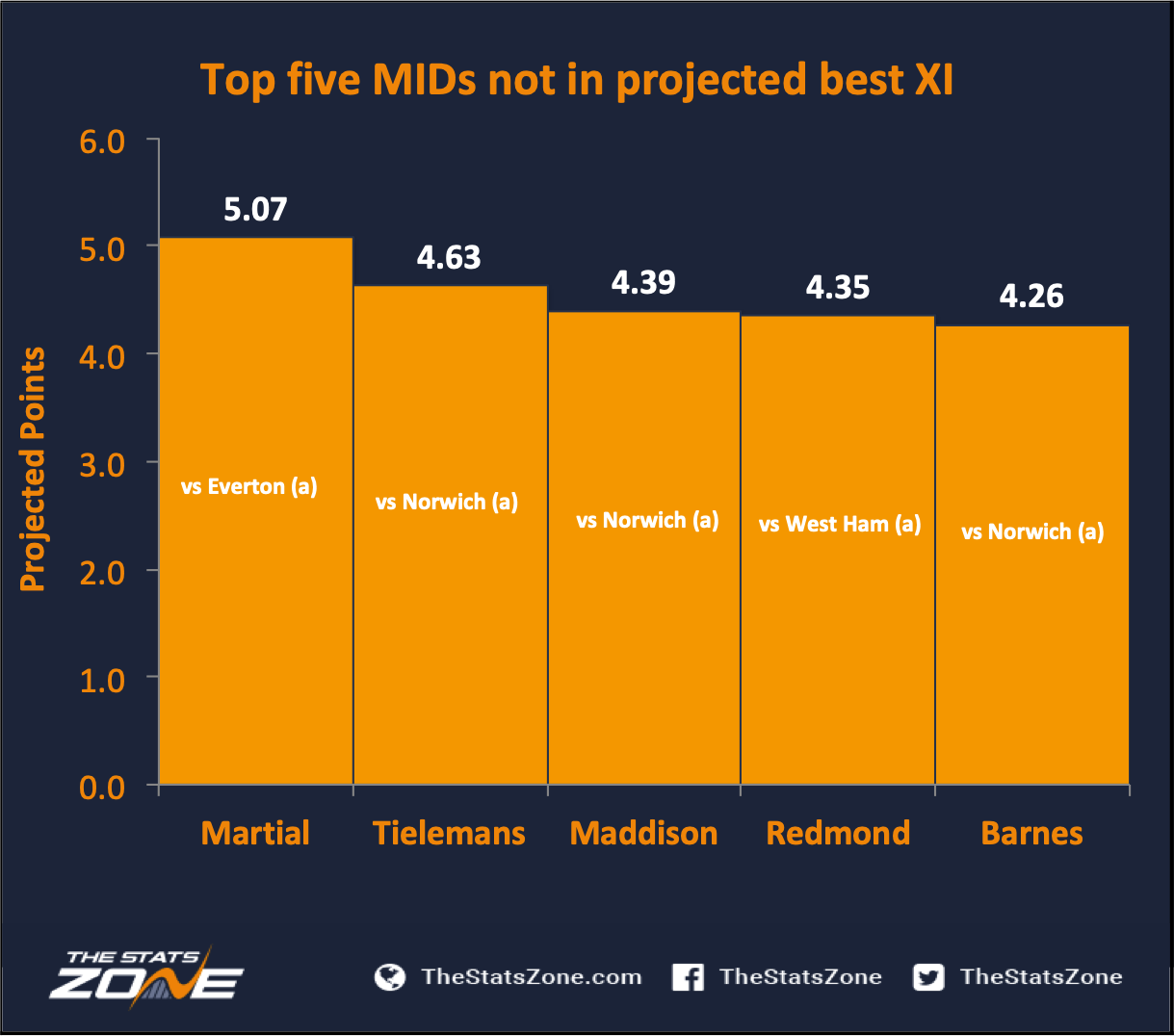 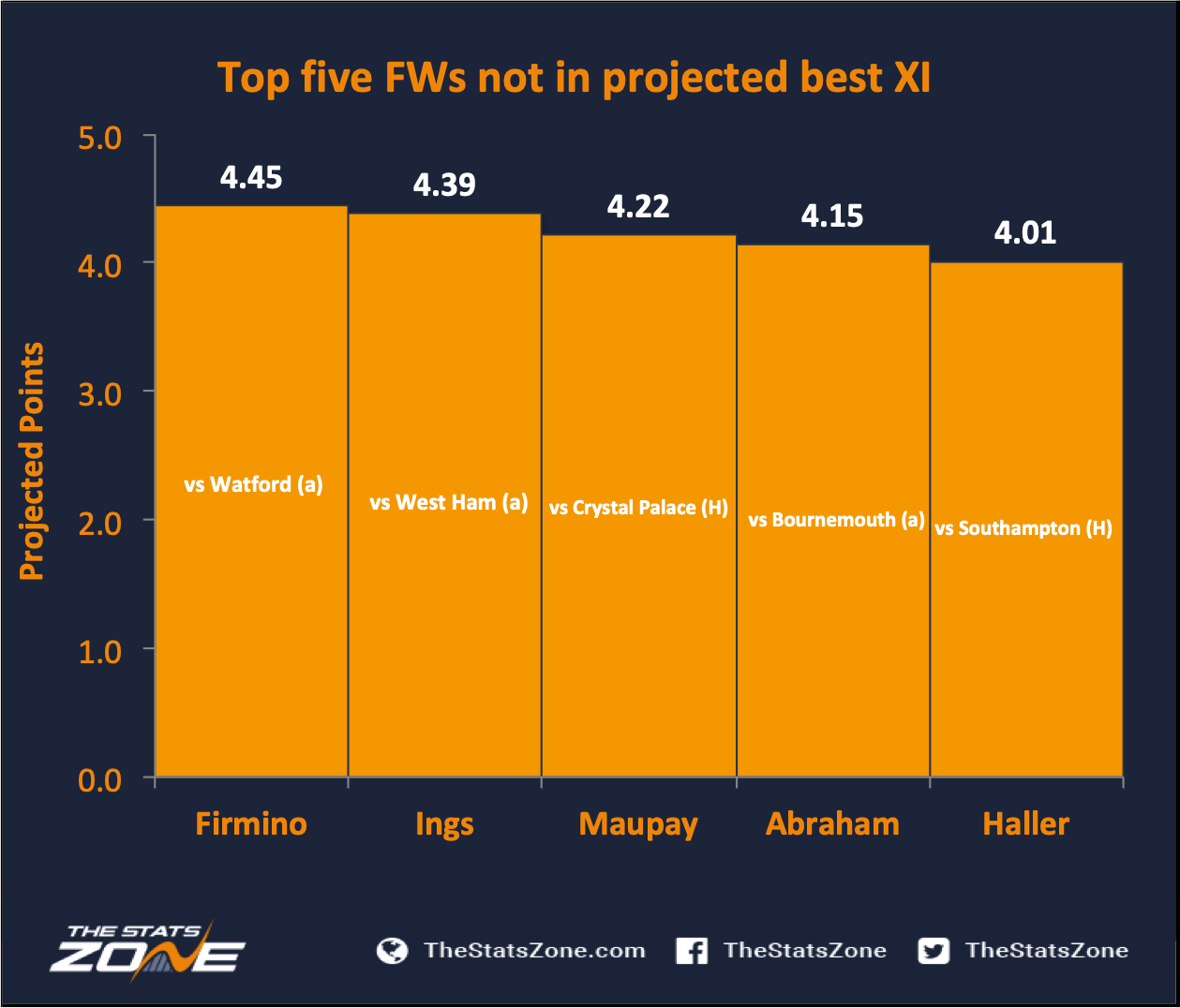