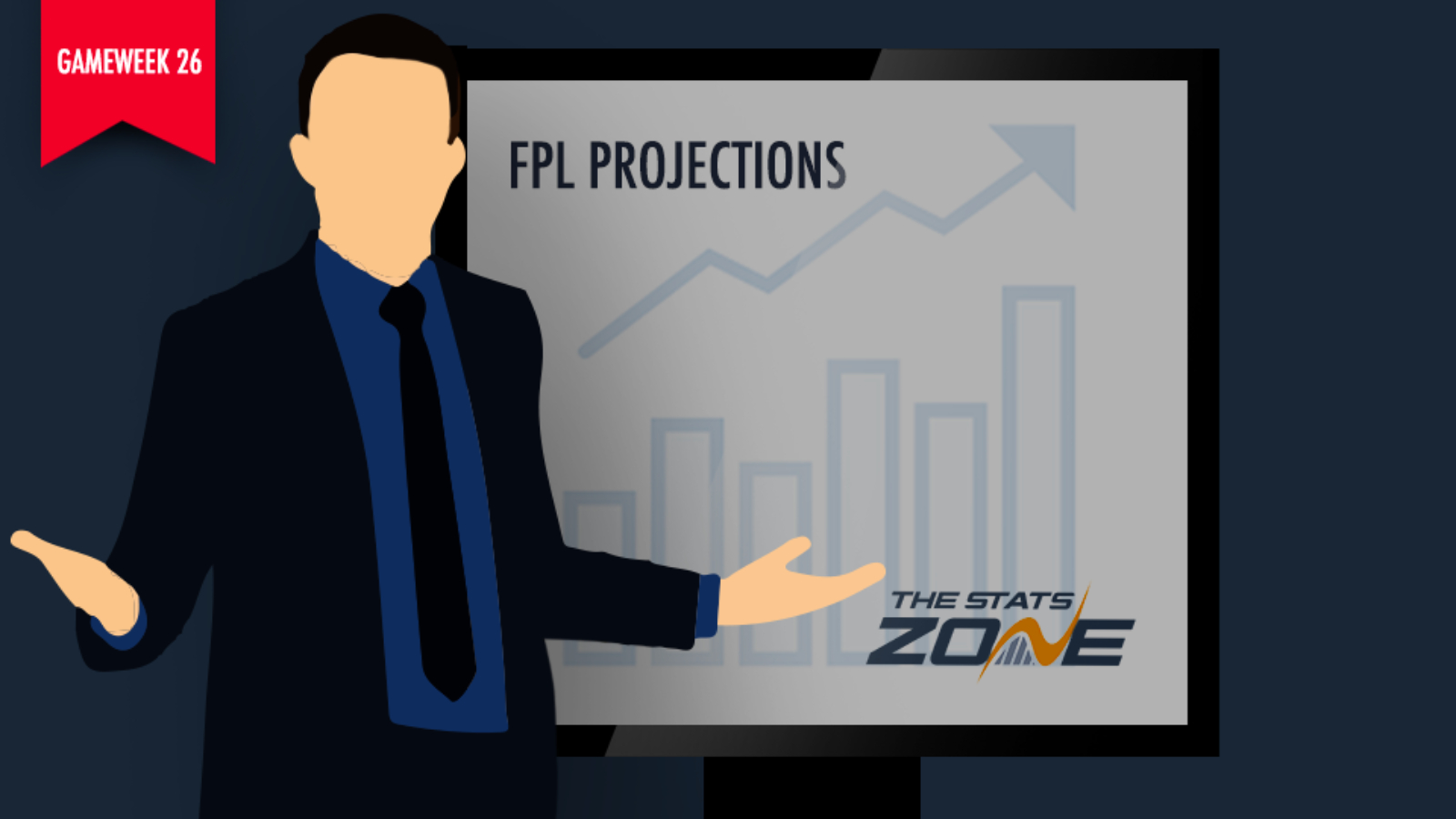 A disastrous showing in the GW25 captaincy choices (Callum Wilson (£7.8m) anyone) has seen the editorial axe wielded, and a transfer instead to a discussion of the projected best XI for GW26. Gone has any free thought as instead of myself, all player decision making is made by the cold, emotionless logic of the algorithm. Gameweek 26 brings with it the Premier League’s 'winter break, which in FPL terms is a gameweek over two weeks where there are no 3pm kickoffs. Instead, every match will be broadcast live on either BT Sport or Sky Sports – which is nice.

The upcoming Gameweek in #FPL will be spread across a couple of weekend's due to a 'winter break', with #GW26 featuring 10 games, and not a single game being played at 3pm on a Saturday. pic.twitter.com/1P6vvhA4CL

The big news following GW25 is that the league is officially over after Guardiola conceded the title to Liverpool. This news may seem familiar, as it was also the same after GW24, and GW23, and GW22. Another week led to another win for Klopp’s Liverpool, who have now taken 100 points from their last 102 available. FPL wise, Mo Salah (£12.7m) regained his position as the highest point scorer this season, with 32 points in his last two gameweeks taking his tally to 165 overall.

At the back, nine clean sheets in their last ten matches has meant Trent Alexander-Arnold (£7.6m), Virgil van Dijk (£6.5m) and Andrew Robertson (£7.0m) are now comfortably the three highest scoring defenders. Over the next four gameweeks, Liverpool play teams that currently occupy positions 16th or lower. Simply put, there is no good reason at the moment to not have three Liverpool assets in your FPL squads. With the projected XI no doubt illustrating that point, lets see who makes the projected best XI for Gameweek 26.

Things started well last weekend for the GW25 projected XI, as their Liverpool trio of Alexander-Arnold, Robertson and Roberto Firmino (£9.6m) registered 23 points between them. This, however, is where the joy ended as outside of the Liverpool three, not a single other player from the remaining eight managed to score more than three points. Captain Sergio Aguero (£12.0m), Kevin De Bruyne (£10.7m) and Riyad Mahrez (£8.5m) blanked against Spurs, while the likes of Anthony Martial (£7.9m), Jack Grealish (£6.7m) and Cesar Azpilicueta (£5.8m) failed to pick up the slack. In the end, the side registered a wholly forgettable 40 points, seven left than the gameweek average. 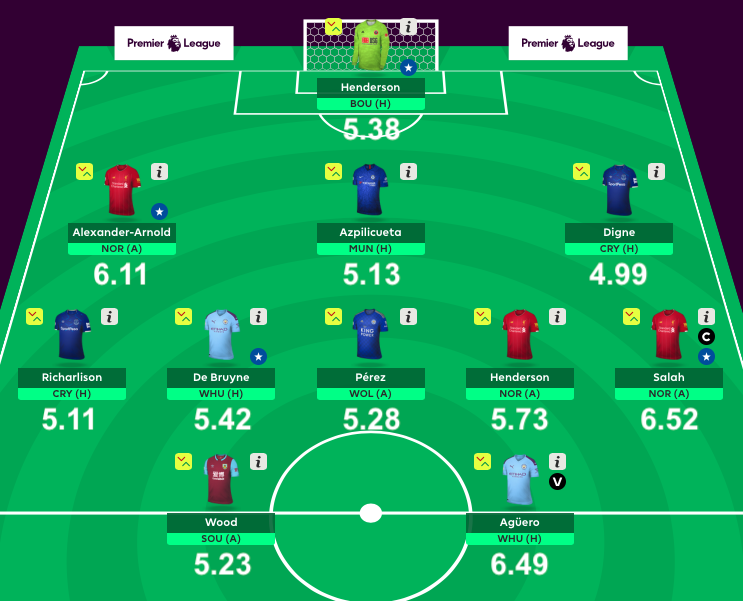 Following its disappointment last week, the algorithm has decided an extra man is needed in the centre of the park, switching from a 3-4-3 to a 3-5-2 formation. The loss of a frontman comes following a GW25 that saw just two forwards register a goal - Glenn Murray (£5.4m) and Mbwana Samatta (£6.0m). Aguero is, however, one that has survived the cut, with the Argentinian making his third consecutive appearance in the projected XI. A home match against West Ham, who have conceded nine in their last three league games, should be just the tonic that see’s Aguero back amongst the goals. The Man City stirker is joined up front by Burnley’s Chris Wood (£6.2m), who has an away date at Southampton. Wood is one of those budget forwards who's flown a little under the radar this season. Before the blank against Arsenal last weekend, the Burnley man had scored 10 league goals and three in his previous four.

Following the injury to Sadio Mane (£12.2m), Salah is once again the Liverpool asset of choice for GW26. Having been in the shadow of Mane for much of the season, the Egyptian has revelled in his teammate's absence, scoring three goals and 30 FPL points in the two matches since Mane’s injury. His recent form has led to Salah being trusted with the algorithm’s armband, despite his relatively poor away form this season. Just two of his 14 league goals have come away from Anfield but a trip to bottom-of-the-table Norwich is too much of an attractive proposition to turn down.

Joining Salah in midfield is teammate Jordan Henderson (£5.4m), who is enjoying something of a purple patch by his standards in front of goal. Two goals in three matches has brought his tally to three for the season – as many as he had managed in the previous three Premier League seasons combined. Outside of Liverpool, De Bruyne, Richarlison (£8.1m) and Ayoze Perez (£6.2m) make up the remainder of the midfield quintet. De Bruyne and Man City face West Ham, Everton are at home to Palace, while Perez has a midlands derby against Wolves.

At what point do we have to start considering that Jordan Henderson might be becoming an FPL asset?

Now only FPL darlings Perez,Traore and Mount have outscored him under 6.6m pic.twitter.com/gO7OdtSxoZ

At the back, Trent Alexander-Arnold (£7.6m) takes his usual spot amongst the defensive assets. We’ve run out of superlatives to describe the form TAA is in this season, so won’t even attempt to come up with any new ones. Instead, moving on swiftly, supporting Alexander-Arnold this week are Azpilicueta and Lucas Digne (£5.8m). Azpilicueta, who has two goals, an assist and 33 points over his last five gameweeks, has an excellent chance of keeping a clean sheet when Chelsea play a Man Utd side that have failed to score for three leagues in a row for the first time since October 2016.

SCOUT: Alexander-Arnold (£7.6m) has been involved in a clean sheet, goal, or assist in each of the last 12 GWs

He has 43.0% ownership and is the highest scoring defender#FPL pic.twitter.com/cFIQeUmTCr

Digne also has a high potential of recording a clean sheet when Everton welcome Crystal Palace to Goodison Park. Palace are without a goal in their last two league matches and were shut out by Everton in the opening game of the season. The algorithm’s last line of defence is Sheffield Utd’s Dean Henderson (£5.1m), who is currently the top-scoring goalkeeper in FPL. Sheffield Utd are back at home for GW26 where they’ll welcome a resurgent Bournemouth side to Bramall Lane

Another clean sheet from the Sheff Utd "wall" takes them to 9 CS for the season!

Three home games against BOU, BHA and NOR next, I genuinely see another three clean sheets! 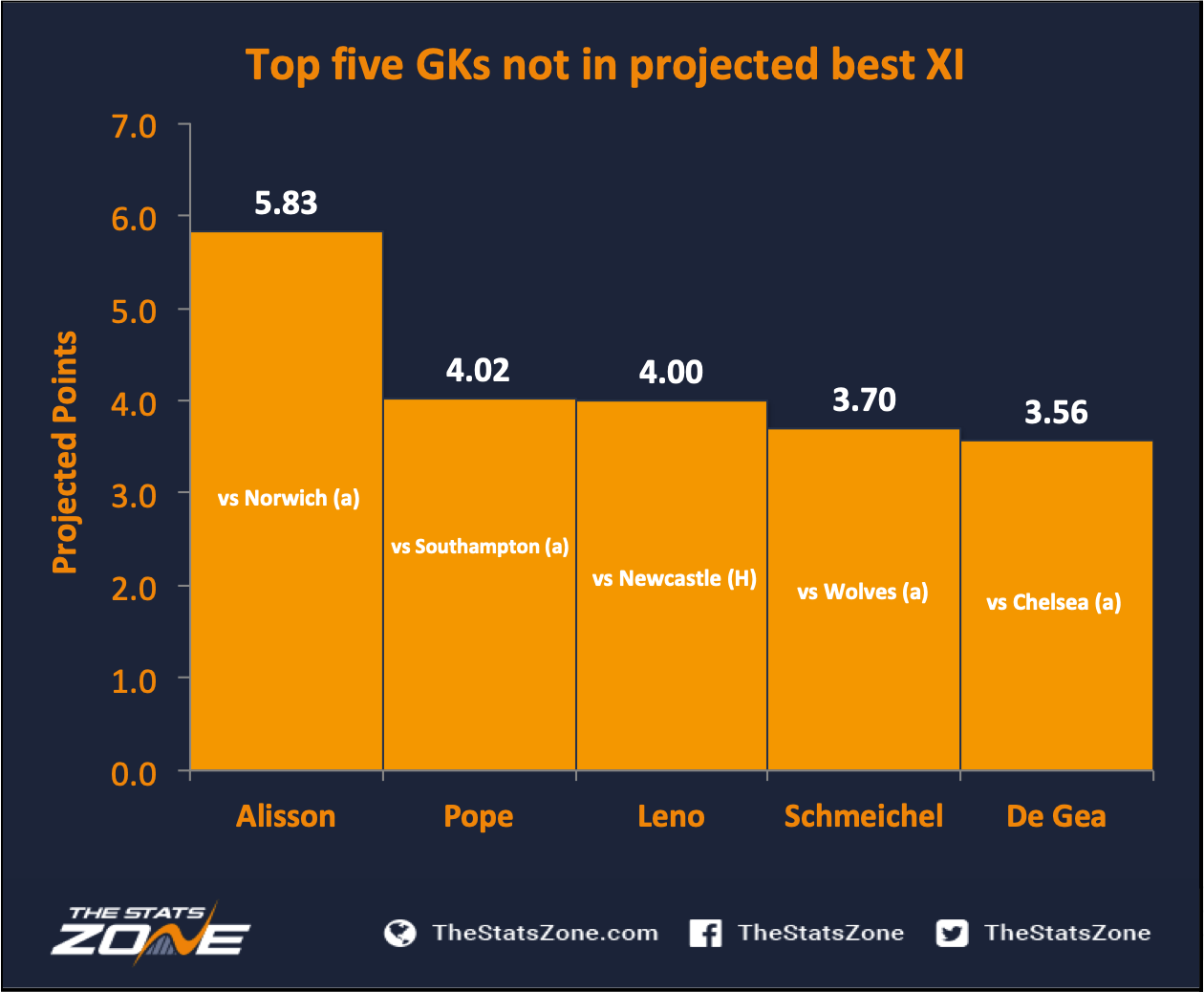 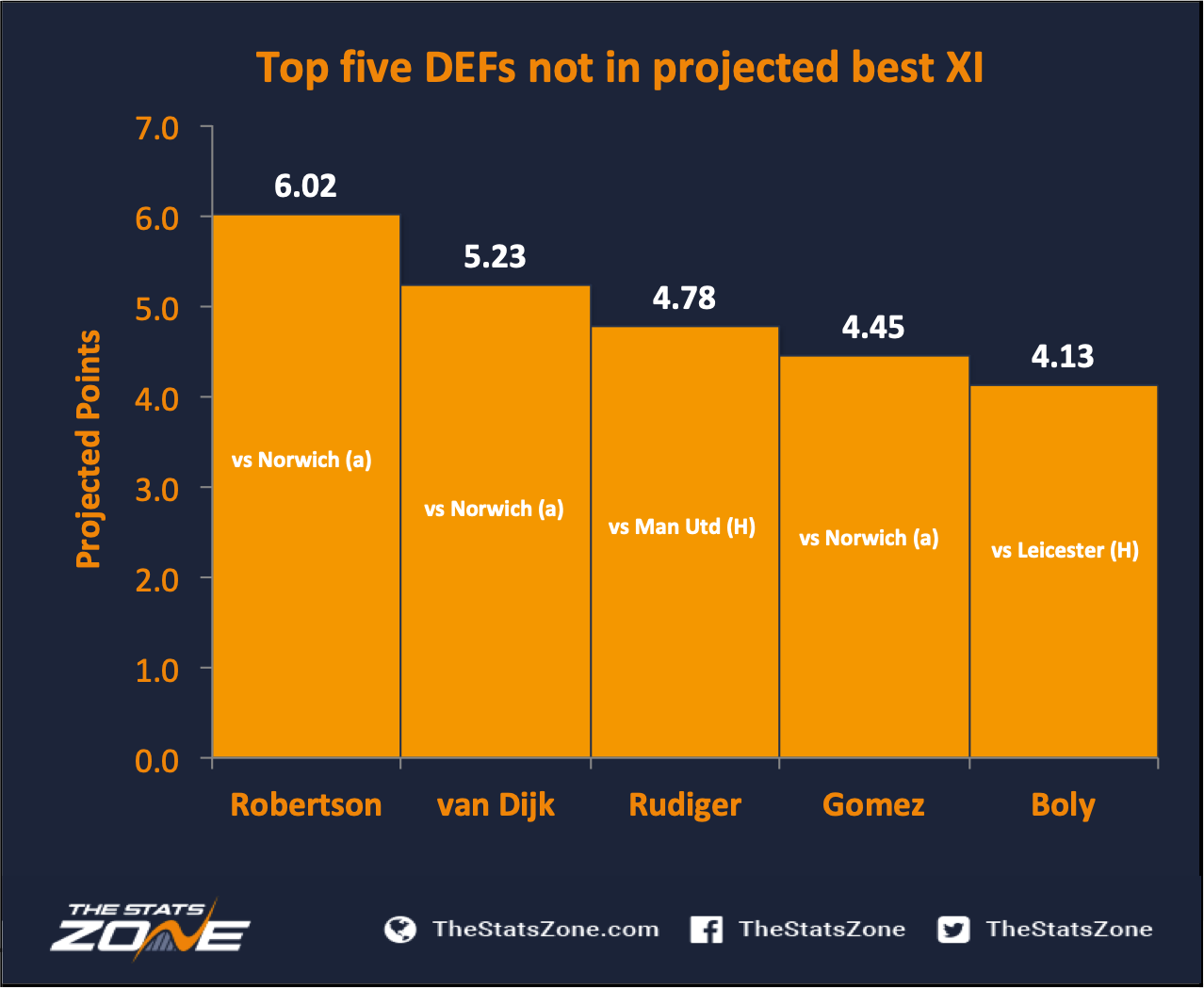 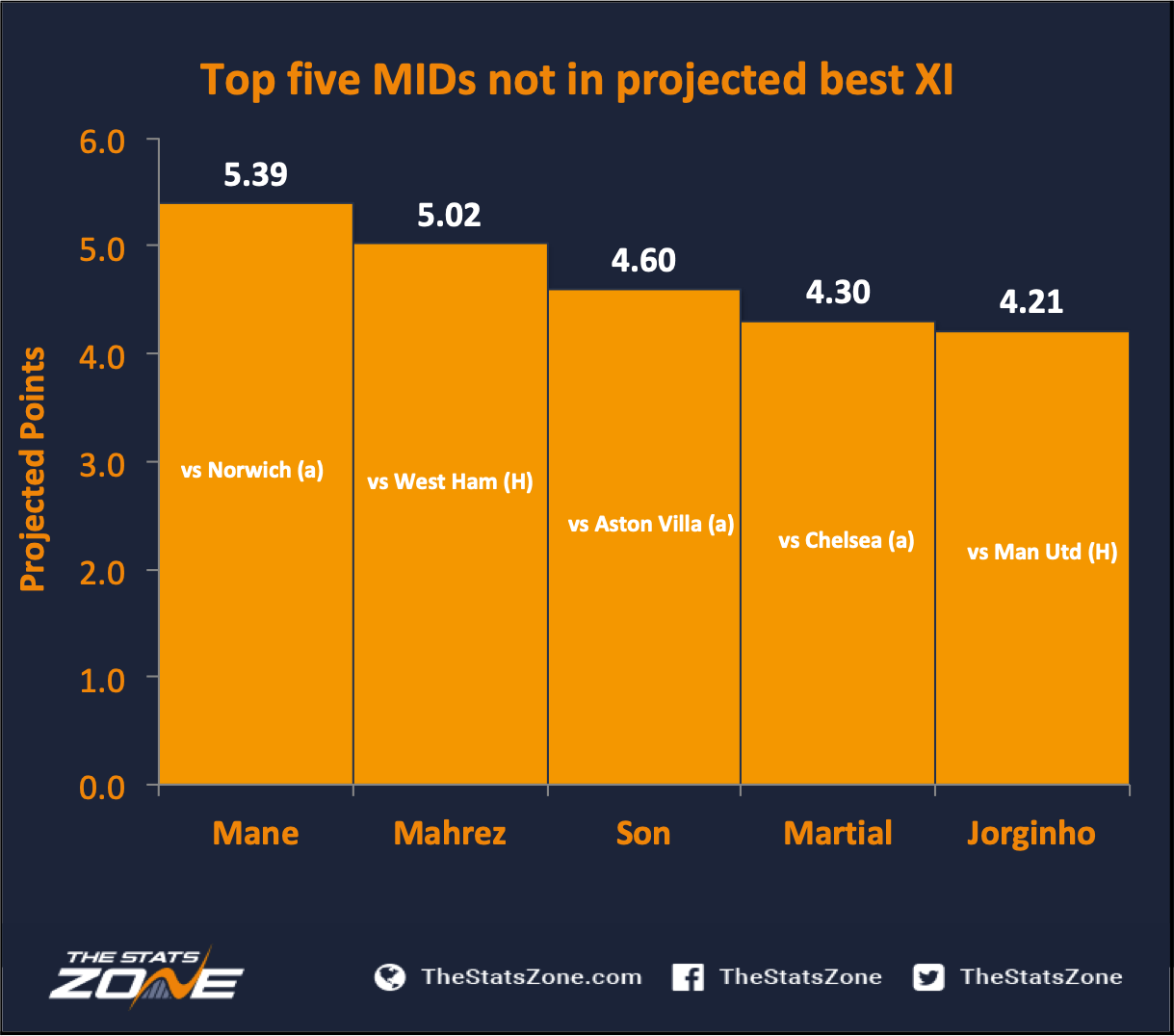 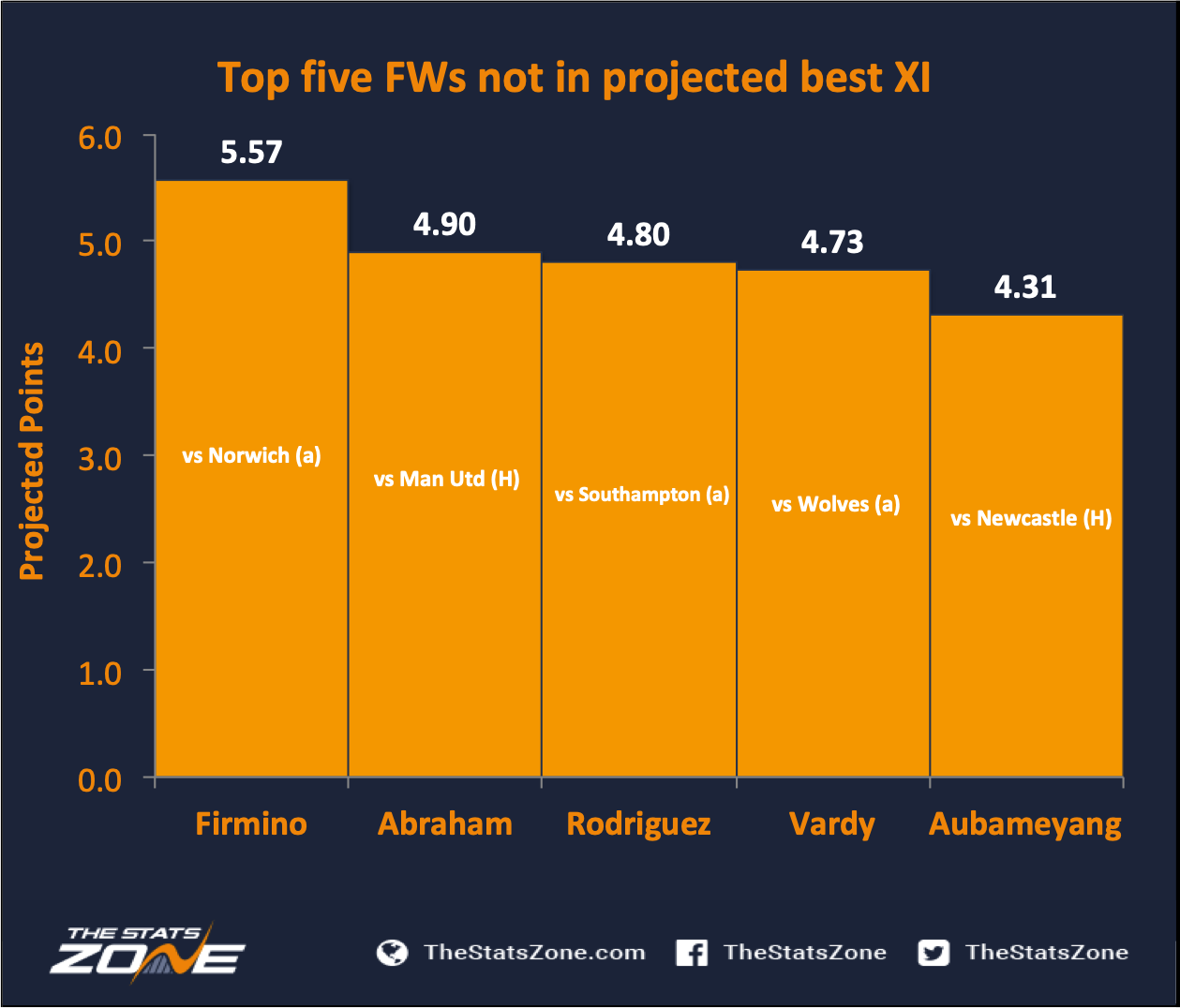