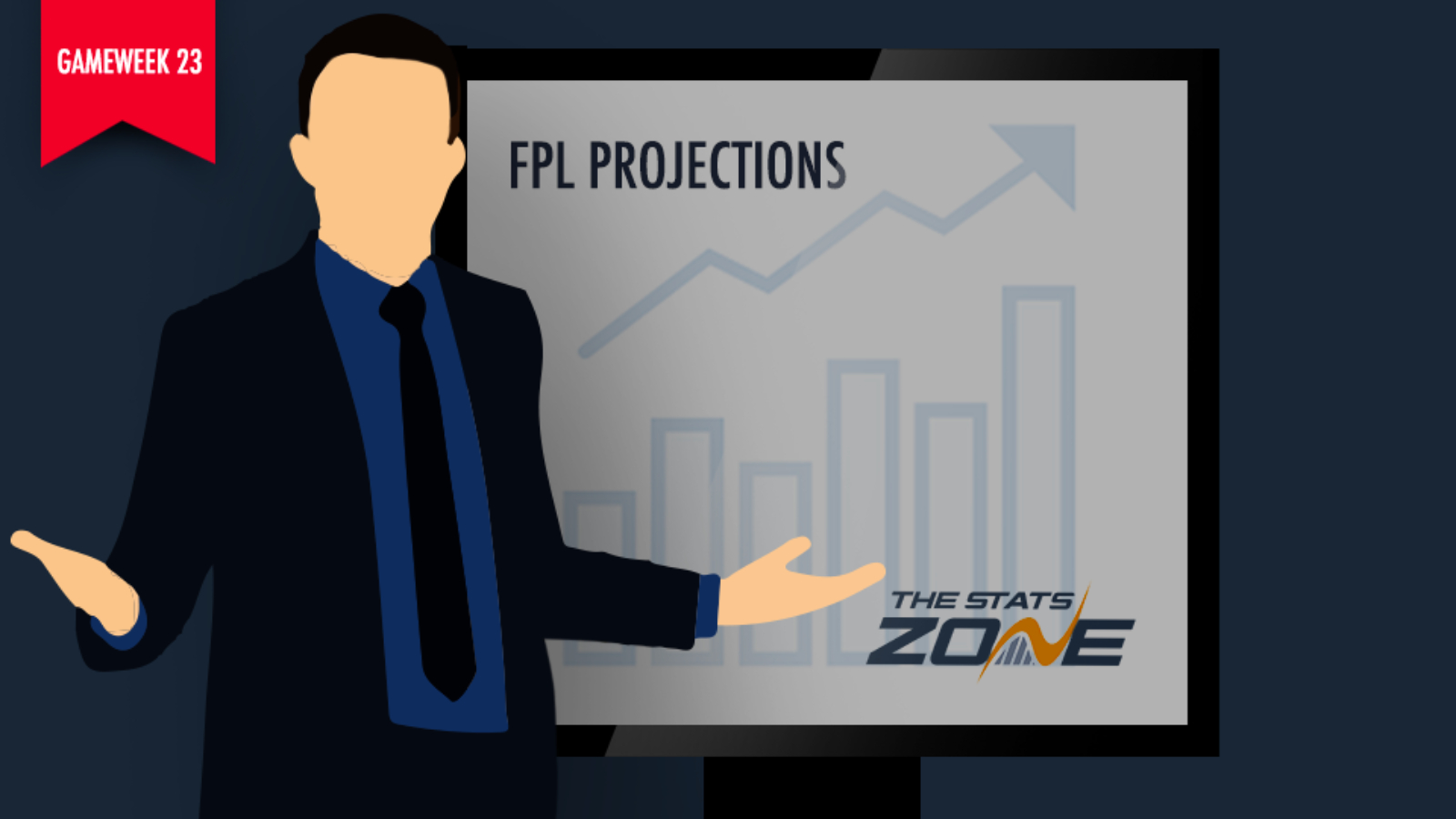 A successful Gameweek 22 for the algorithm saw just three players fail to deliver returns. The tally of 69 points was aided by two goals from Marcus Rashford (£9.2m) and one from Anthony Martial (£7.9m) during Man Utd’s 4-0 win over Norwich, alongside Kevin De Bruyne (£10.7m) assisting two of the six Man City goals at Aston Villa. There was a clean sheet for Ben Foster (£4.9m) in goal, as Liverpool’s sixth in a row meant the strategy to double-up on their defenders worked a treat.

© Handed the captain's armband by 52.3% of the top 10k for #GW22, Jamie Vardy comes out of Leicester's defeat to Southampton without a single shot on goal and just 5⃣ points to his name. #FPL #FantasyPL #FFScout #GW22 #lcfc https://t.co/hod2gu5hw4

The three blanks belonged to Sadio Mane (£12.4m), Jack Grealish (£6.5m) and Pablo Zabaleta (£4.2m), although Jamie Vardy’s (£10.0m) failure to score felt like an additional failure. Captained by 1,519,202 managers, he couldn’t repeat the hat-trick of Leicester’s 9-0 win at Southampton and only mustered an assist for Dennis Praet (£5.3m) against the Saints. On the other hand, the superb Danny Ings (£6.8m) scored yet again to make it ten goals from his last ten starts. 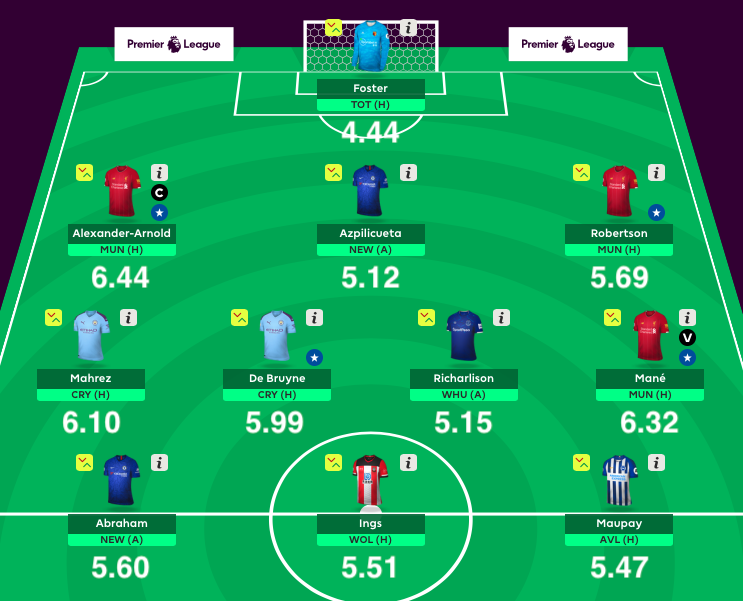 This week’s line-up is similar to the past two matchdays, with six players keeping their place on this occasion. Watford have four successful defensive shutouts from seven games and Foster is backed to do well versus Spurs, considering Jose Mourinho’s side haven’t scored for two matches. The latest was against an impressively watertight Liverpool backline that are making amends for their early season defensive sloppiness. That is why both Trent Alexander-Arnold (£7.5m) and Andrew Robertson (£7.0m) continue to be selected, this time at home to Man Utd. Alexander-Arnold has been handed the captaincy, such is his explosive attacking ability.

No defender has attempted more assists than Andrew Robertson (6) in the last 3 GW's. Creative. https://t.co/YaOX5GOkBt https://t.co/uvWVGStb1S

Alongside the pair is Cesar Azpilicueta (£5.8m), ahead of Chelsea’s trip to Tyneside. The Spaniard has delivered 23 points from the last two matches, bagging maximum bonus points in both instances after hauling with a goal against Brighton and an assist against Burnley. The latter was just the fifth clean sheet of leaky Chelsea’s season. A sixth could feasibly come at Newcastle, as only Crystal Palace have produced fewer shots than the Magpies.

An eye-opening Sunday tally of 17 points has understandably made Riyad Mahrez (£8.5m) one of this week’s most popular incoming transfers, in anticipation of another big Man City win. Recent months have seen them win 8-0, 5-0 and 6-1 but hosting Crystal Palace are notoriously difficult opponents. Last season’s meeting was remembered for Andros Townsend’s (£5.6m) stunning strike, later crowned as the Premier League’s Goal of the Season, in a shock 3-2 Palace win.

Mahrez has five double-figure match returns and finds himself as the game’s sixth highest-scoring midfielder despite playing the fewest minutes of the top 25. Frustratingly, this highlights both his biggest appeal and his biggest problem. When the Algerian plays, he is a superstar but there is too much rotation at Man City, with Mahrez playing over 60 minutes just ten times. These long-term prospects will be worsened once Leroy Sane (£9.3m) imminently returns from serious injury, although Mahrez will expect to start at the weekend. The algorithm has also chosen D Bruyne.

All this week’s midfield rank in the season’s top six, as Merseyside duo Richarlison (£8.1m) and Mane have been excellent. The Brazilian notched the winner against Brighton for his eighth goal so far, although his strikes rarely come with bonus points. He travels to face a West Ham defence that simply cannot cope without the re-injured Lukasz Fabianski (£4.9m). Mane is in consistent form and October’s 1-1 draw at Man Utd was one of only three starts since Gameweek 8 where he has blanked. In fact, the draw at Old Trafford remains Liverpool’s only dropped points of the season.

God I love you Danny Ings

It’s the first Vardy-less optimum squad in a long time. Tammy Abraham (£7.8m) is one of three cheaper forwards that are entrusted, back in form after following four blanks with two goals and an assist over three games. He should soon be joined in the England squad by Ings, who was bought by many in anticipation of a fantastic set of games about to commence, and who rewarded new owners with unexpected strikes against Spurs and Leicester. Completing the frontline is Neal Maupay (£5.9m), whose seven goals are a slightly underwhelming return. He is very much a case of fixtures over form though, as many will purchase the Brighton differential due to enticing fixtures against Aston Villa (H), Bournemouth (a), West Ham (a) and Watford (H). 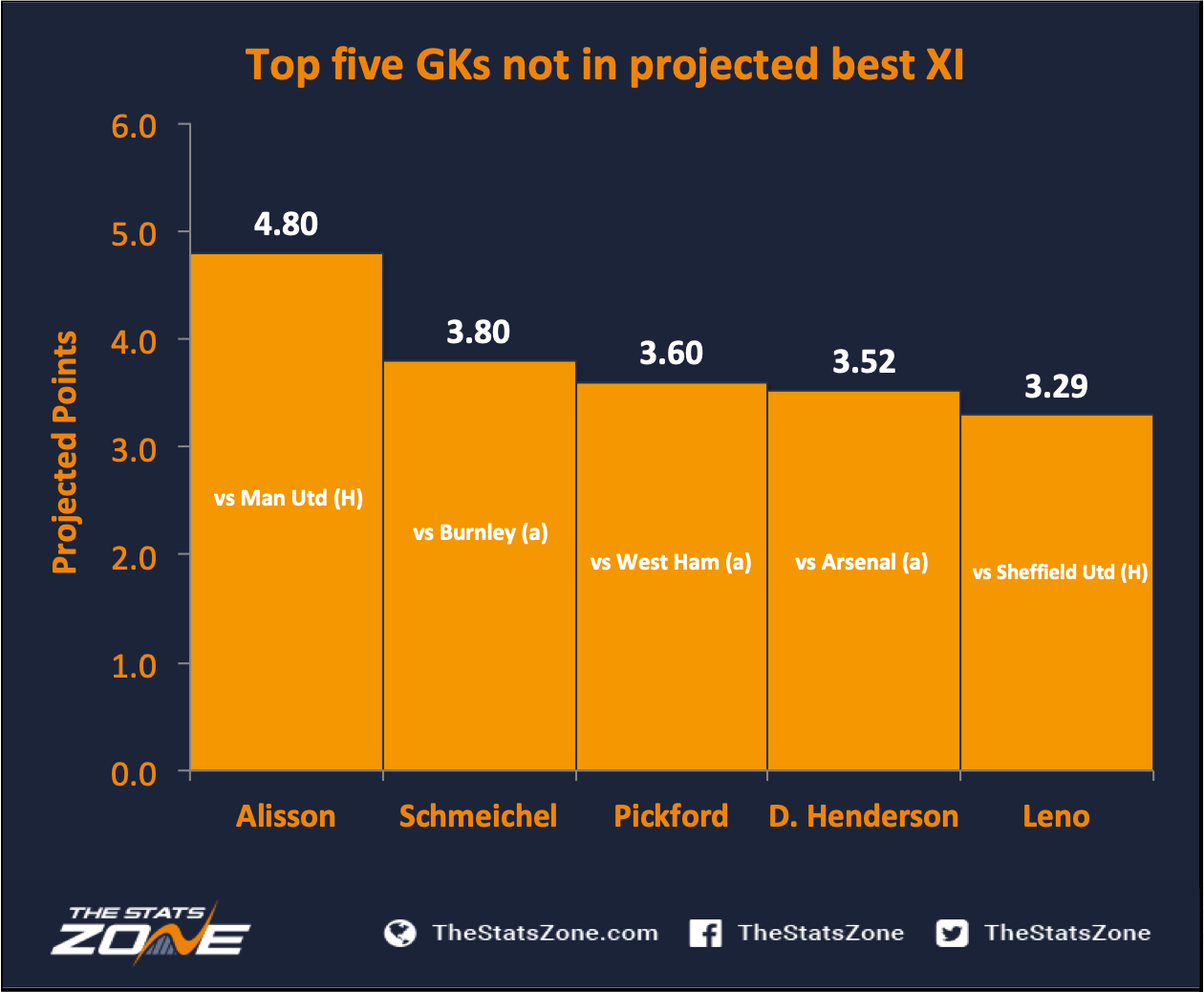 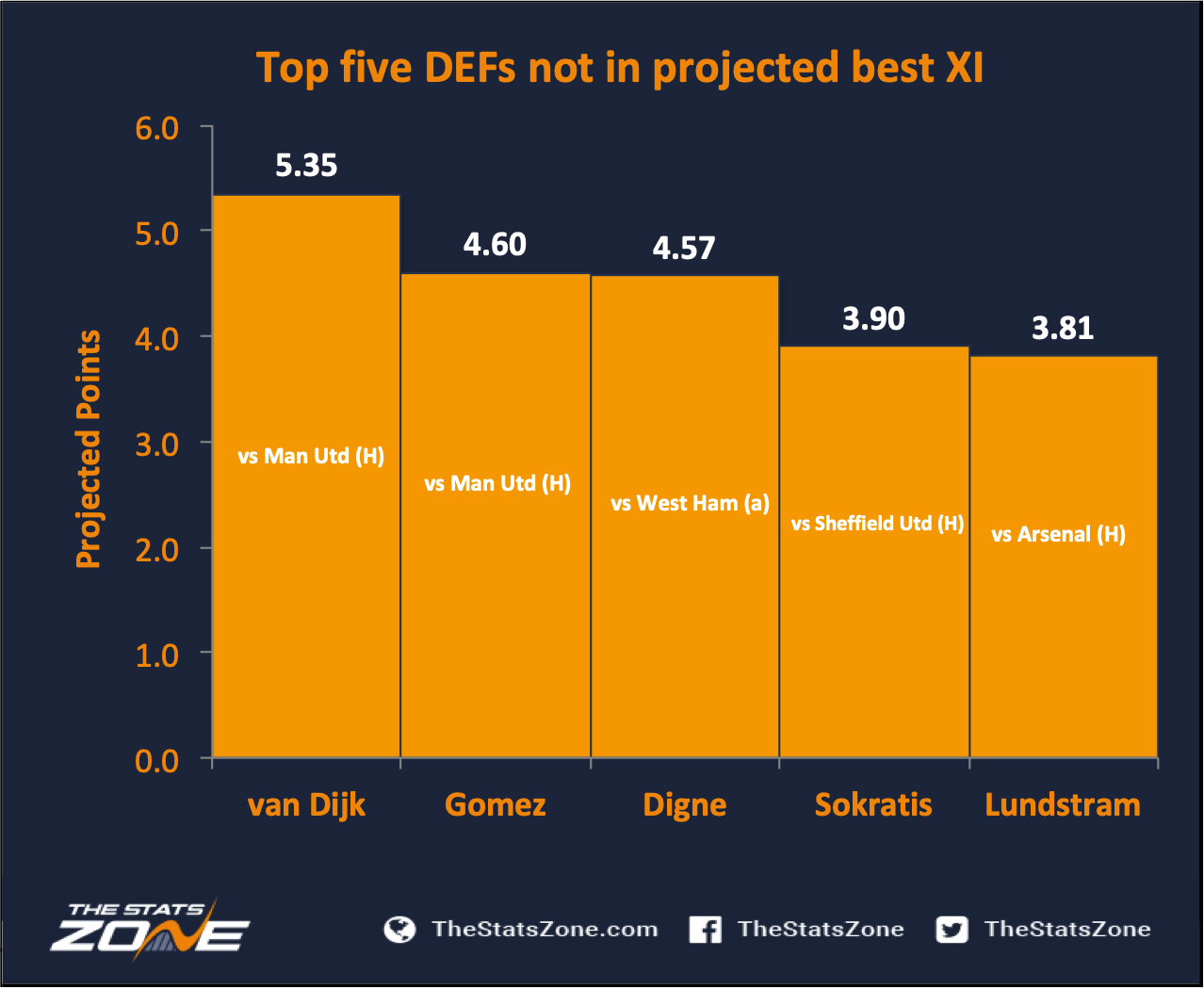 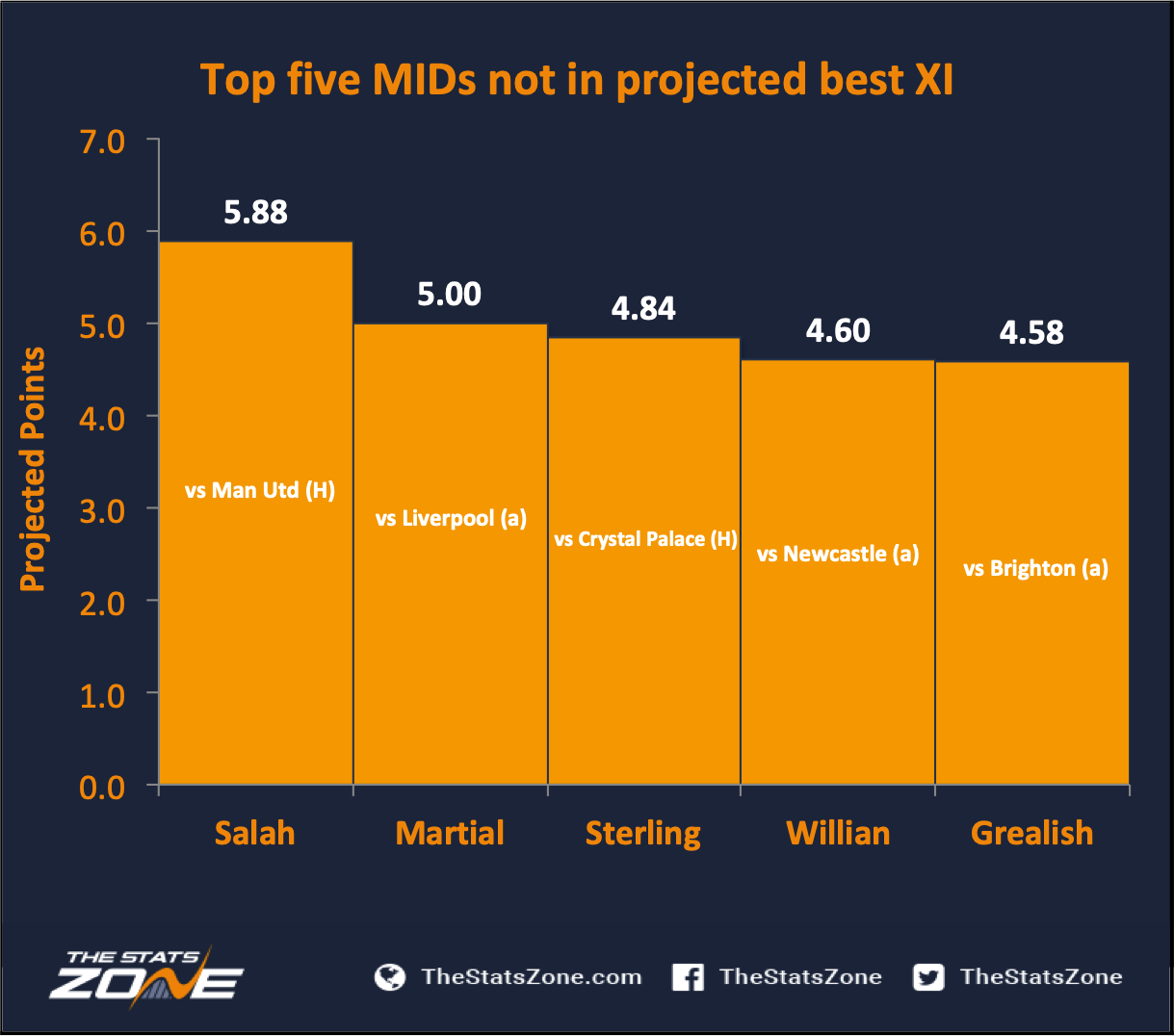 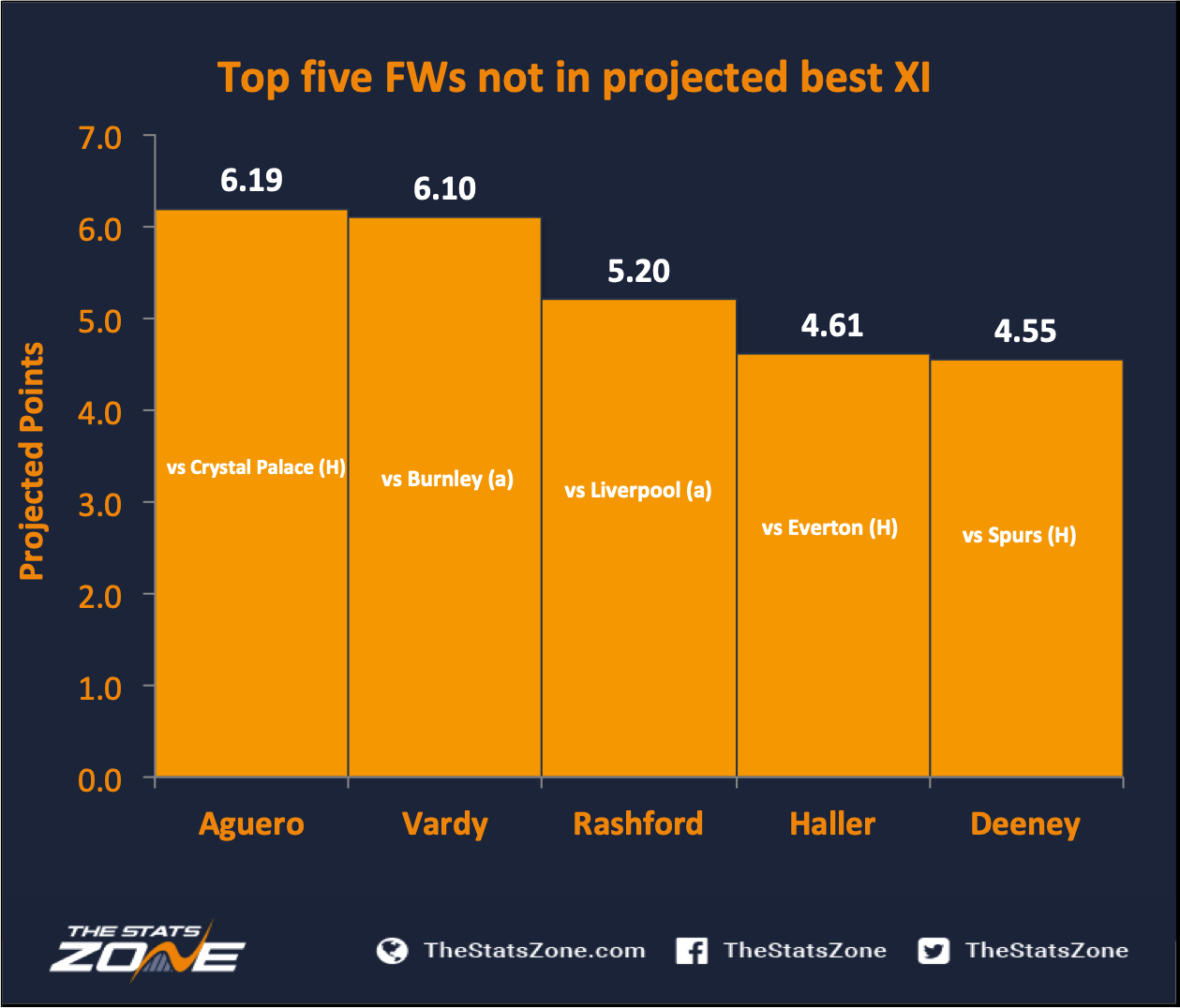