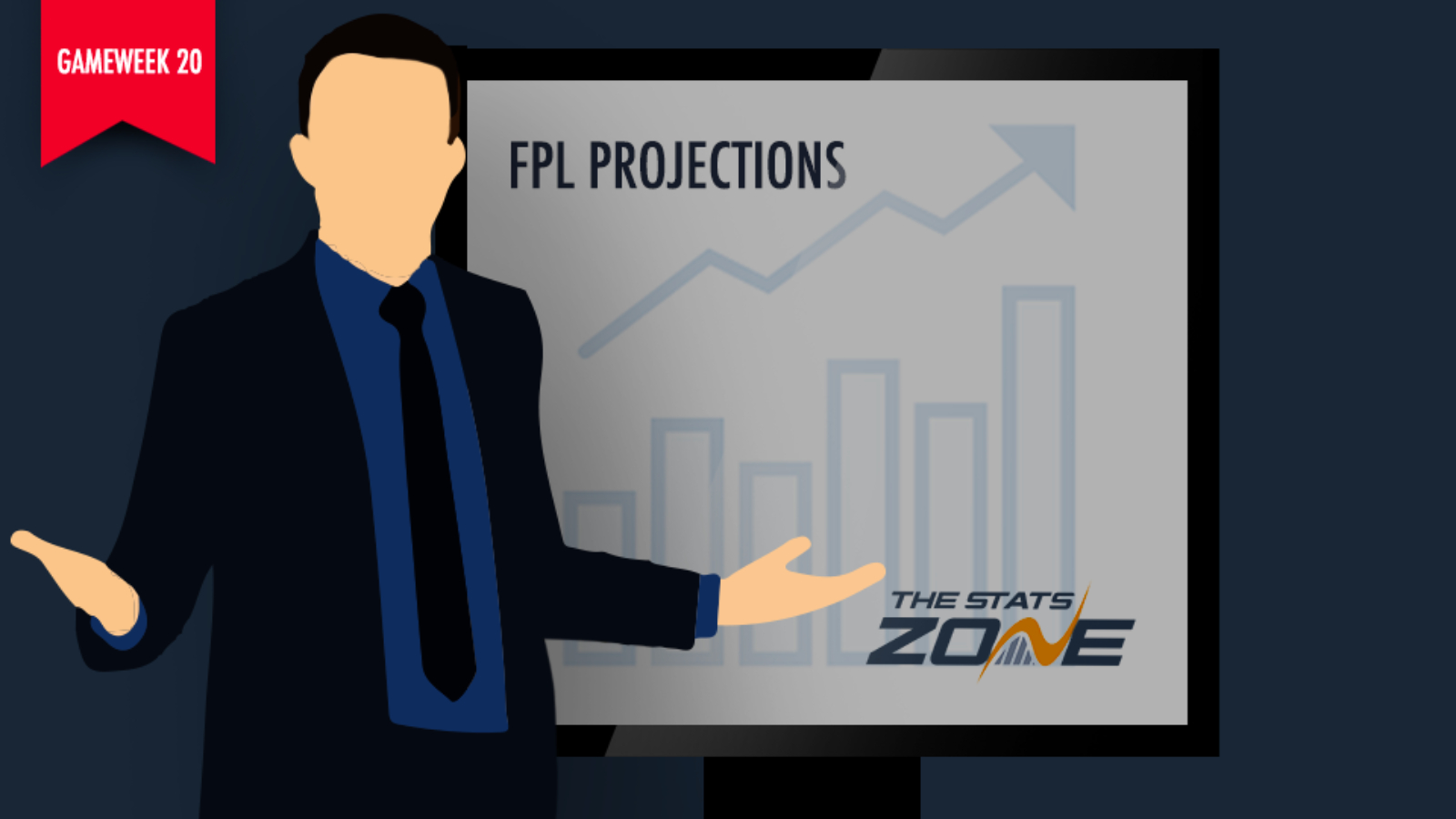 Merry Christmas to the Fantasy Premier League community! With the festive games coming thick and fast, there is no Gameweek 19 projections team to reflect on but it was a round where Trent Alexander-Arnold (£7.2m) inspired Liverpool to a dominant 4-0 win at second-placed Leicester. The right-back racked up a phenomenal 24 point return that is the season’s biggest individual haul so far, adding a goal and three assists to his clean sheet.

SCOUT: Alexander-Arnold (£7.2m) gets 1 goal, 3 assists, a clean sheet and 3 bonus points for 2⃣4⃣ GW19 points It's the highest single GW total for a player this season #FPL #LEILIV https://t.co/rVbw7krP02

This transfer 2 weeks ago has cost me a lot of points today 😵😵😵 #fpl https://t.co/6QDBGv2uKo

Boxing Day began with Spurs overturning a 1-0 deficit versus Brighton thanks to Harry Kane (£11.0m) and Dele Alli (£8.9m). The managerial reigns of Mikel Arteta (Arsenal) and Carlo Ancelotti (Everton) started with a 1-1 draw and 1-0 win respectively, before numerous defensive howlers saw Newcastle lose 4-1 to Man Utd due to two Anthony Martial (£7.7m) goals. However, owners of Chelsea assets like Tammy Abraham (£7.9m), Mason Mount (£6.5m) and Christian Pulisic (£7.2m) will be furious at yet another shock scoreless home defeat, this time 2-0 to Southampton. The latter two could only make Frank Lampard’s bench. 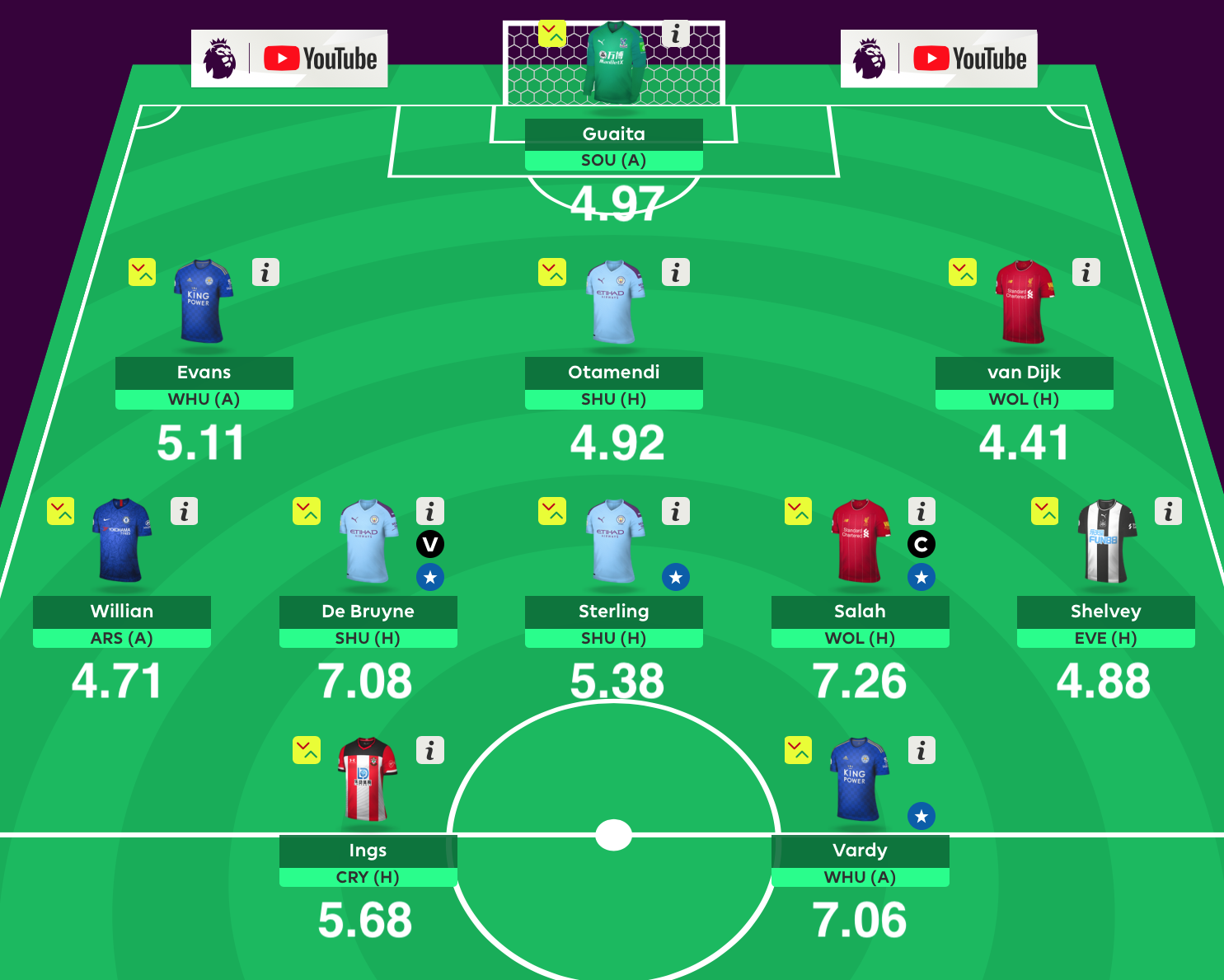 In a 3-5-2 formation, Vicente Guaita (£5.1m) has been given the nod in goal for Crystal Palace’s trip to Southampton. He was denied a clean sheet at Newcastle due to a late Miguel Almiron (£5.8m) winner but preceded that with three successive clean sheets and a draw against Brighton where, despite conceding, he picked up three save points and all three bonus points. Leicester’s Jonny Evans (£5.2m) has a higher total than popular partner Caglar Soyuncu (£5.1m) thanks to his recent goal at Aston Villa and assist against Watford. The Foxes visit West Ham, whose seven home points are the league’s lowest.

With 16 of the league’s 20 teams playing just two days after their Gameweek 19 adventures, having a bench of active players is imperative for FPL managers. Not only that, the few players who are genuinely rotation-proof should show their reliability in this congested period. That is why Virgil van Dijk (£6.4m) has been selected over Alexander-Arnold and Andrew Robertson (£7.0m) – two players who have been successfully rotated by Jurgen Klopp during Liverpool’s punishing December schedule. Van Dijk is against a Wolves team which has scored in every game this season, barring the opening weekend.

With this written before Wolves face Man City tonight, Nicolas Otamendi (£5.0m) and the champions will feel they have a chance of successfully shutting out Sheffield Utd at home. In fact, the algorithm has backed three of Pep Guardiola’s side for Sunday evening by choosing Kevin De Bruyne (£10.4m) and Raheem Sterling (£11.8m). The Belgian’s recent haul at Arsenal, combined with the suspension of Heung-Min Son (£9.9m), has seen him regain the owners he was starting to lose. He is at the epicentre of everything Man City do in attack and is a fantastic mixture of consistency and explosiveness.

SCOUT: Salah (£12.2m) finishes GW19 with 3 points, and was substituted minutes before Liverpool were awarded a penalty He has 4 attacking returns in 3 GWs, he also only has 4 in the last 12 GWs #FPL #LEILIV https://t.co/rzlqFUeYV0

Sterling is slowly getting his mojo back. He had delivered just one attacking return from the six games between Gameweeks 11 and 16 despite having by far the most penalty box touches of all midfielders in this time – his 82 exceeded the 48 and 44 of Christian Pulisic (£7.2m) and David Silva (£7.5m). Over the season, his and De Bruyne’s 52 shots have only been beaten by Mo Salah (£12.2m), so it makes sense that this curious dry spell ended by scoring at Arsenal and assisting against Leicester. Although Sterling was a victim of Guardiola’s rotation for the 8-0 September thrashing of Watford, the long-term injury of Leroy Sane (£9.3m) has kept this as a one-off.

It also makes sense that Salah is back amongst the points. A troublesome ankle injury plagued his autumn, impacting his playing time and productivity during a period when Sadio Mane (£12.2m) scored three times and assisted twice. However, he returned to a 13-point haul against Bournemouth and 16 points against Watford. Therefore the Egyptian has been handed this week’s optimum squad captaincy.

💬 #SaintsFC boss Ralph Hasenhüttl explains why he has named @IngsDanny as a sub for today's game: https://t.co/nMGXL3wVZB

Since the opening day defeat to Arsenal, Newcastle haven’t been defeated at St James’ Park and Jonjo Shelvey (£5.1m) has been chosen because of his four goals between Gameweeks 11 and 16. Willian (£7.1m) seems to be rated very highly by Lampard, and should cement his starting place in the side after his recent brace at Spurs. Whilst Pulisic and Callum Hudson-Odoi (£5.4m) share left-sided duties, the 31-year-old has started all league games since Gameweek 5 – except the 1-0 home loss to West Ham. The only minutes Pedro (£6.8m) has played since came from the bench against Southampton.

It was a match where in-form Danny Ings (£6.5m) was rested, in order to maintain his fitness ahead of the Saints’ very winnable home game against Crystal Palace. Although far behind Jamie Vardy’s (£10.1m) amazing 17 league goals – hence why the algorithm once again selected the Leicester striker – Ings is alongside Abraham on 11 goals, just behind the 12 of Pierre-Emerick Aubameyang (£10.8m). He has just three blanks from his last 12 starts and is prone to bonus points, with his 21 so far only being bettered by Vardy throughout the whole game. 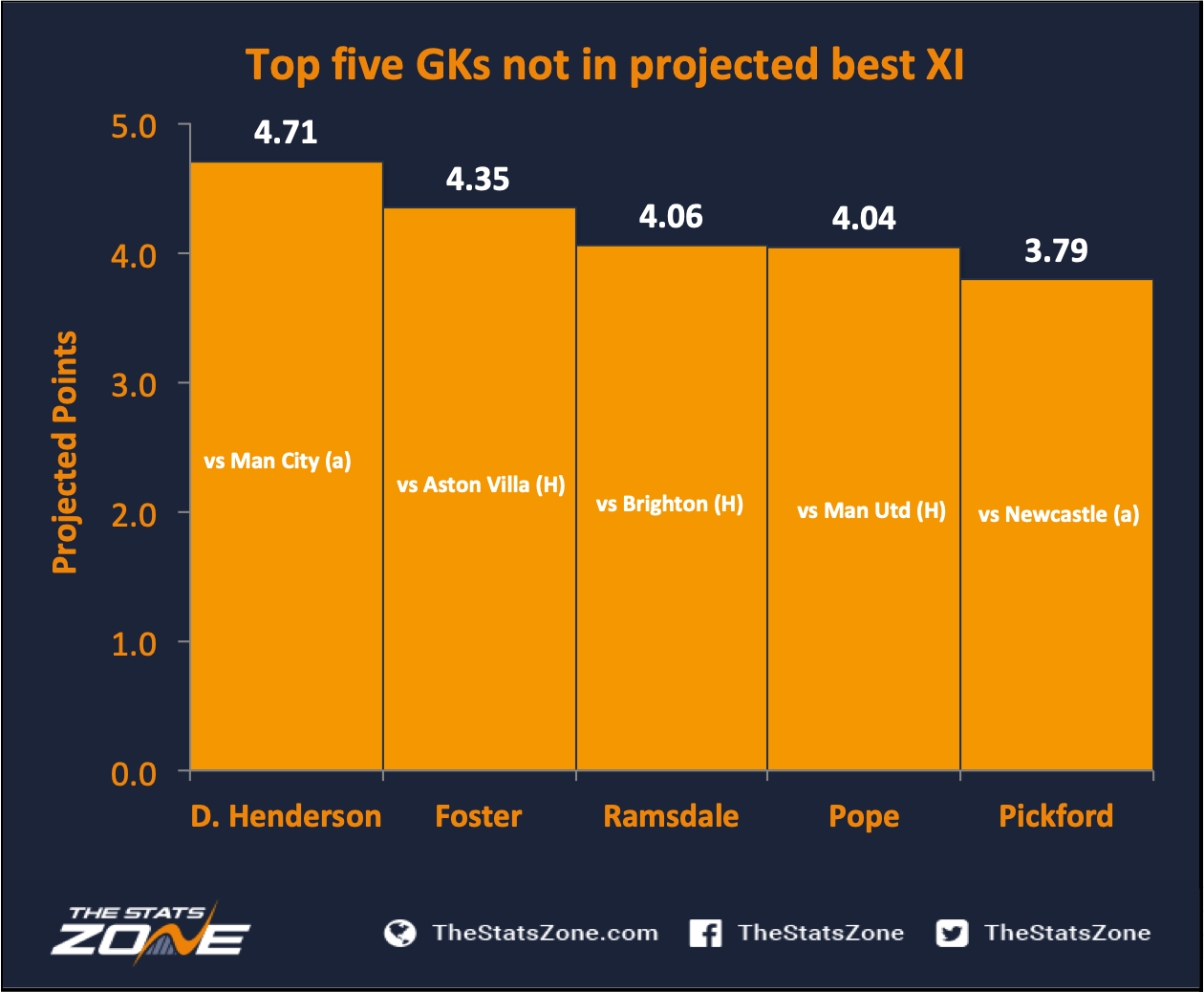 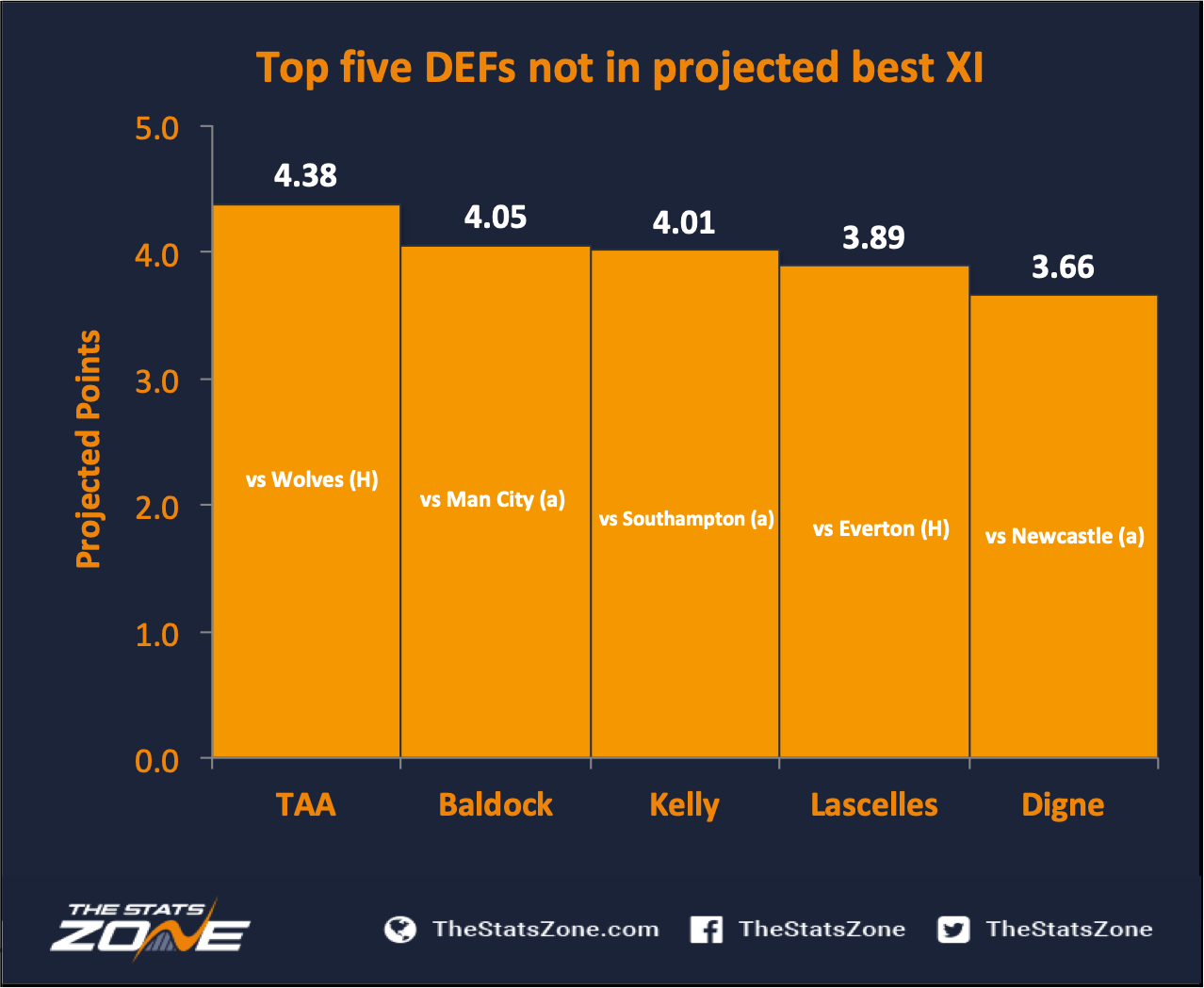 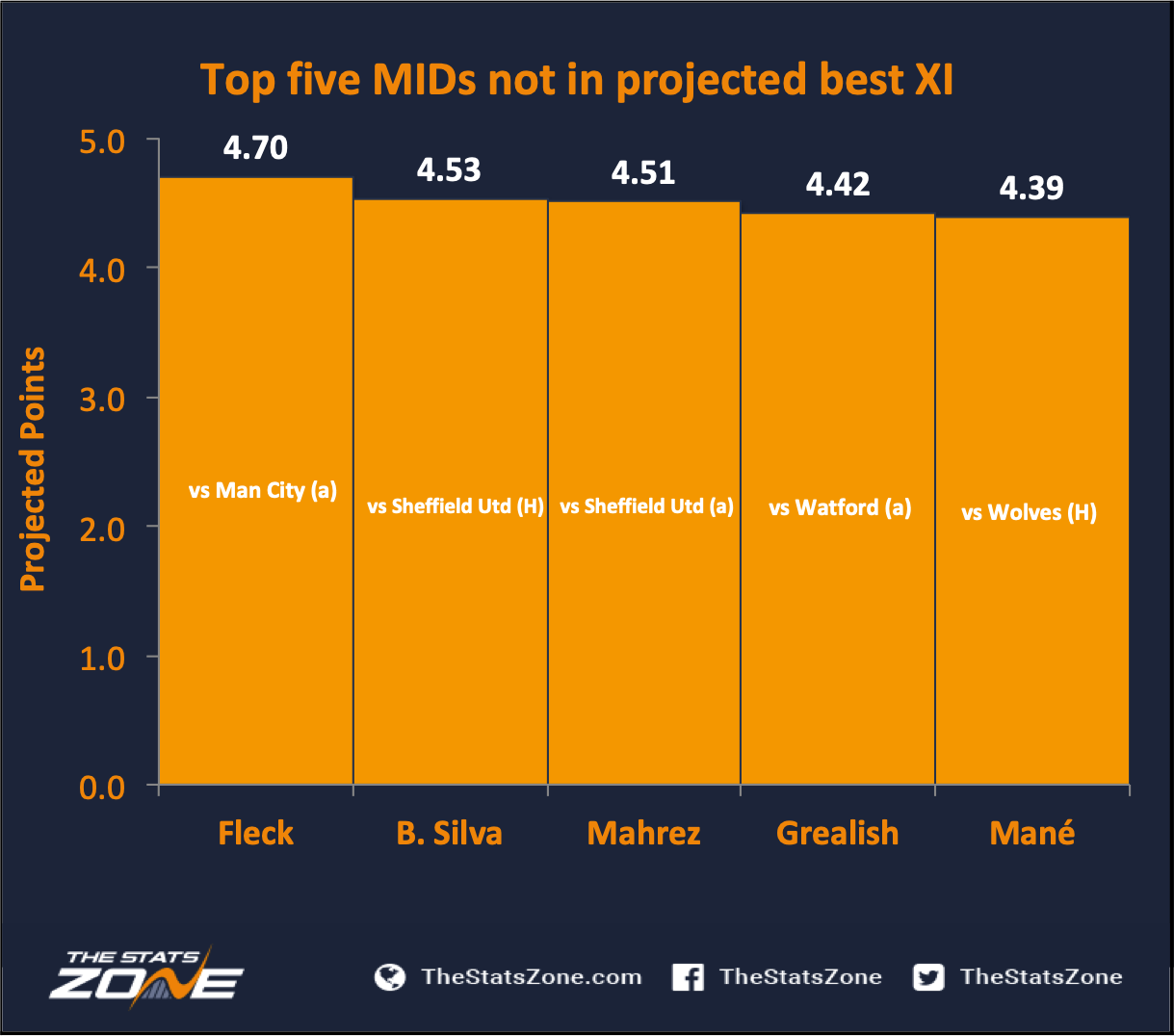 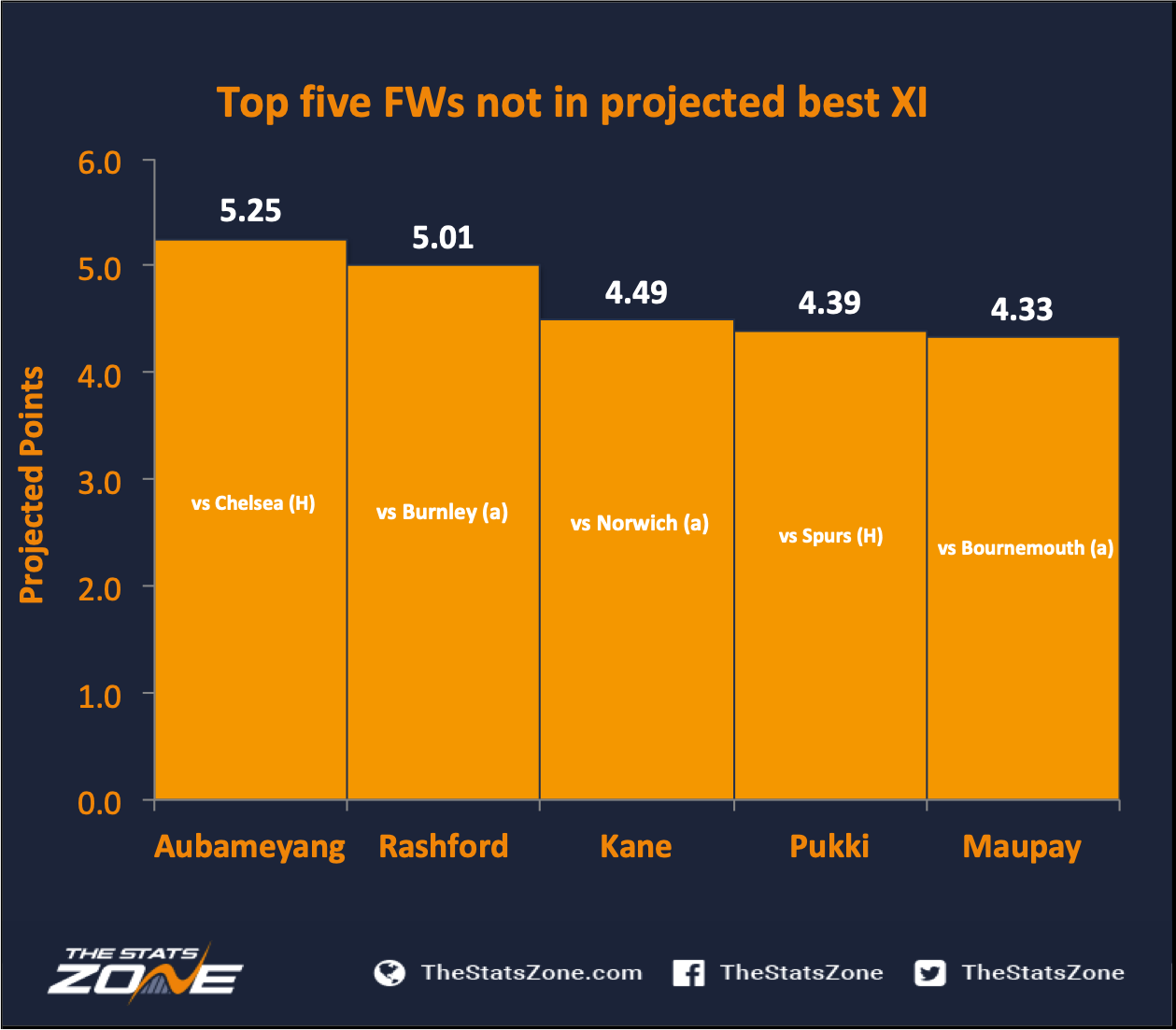