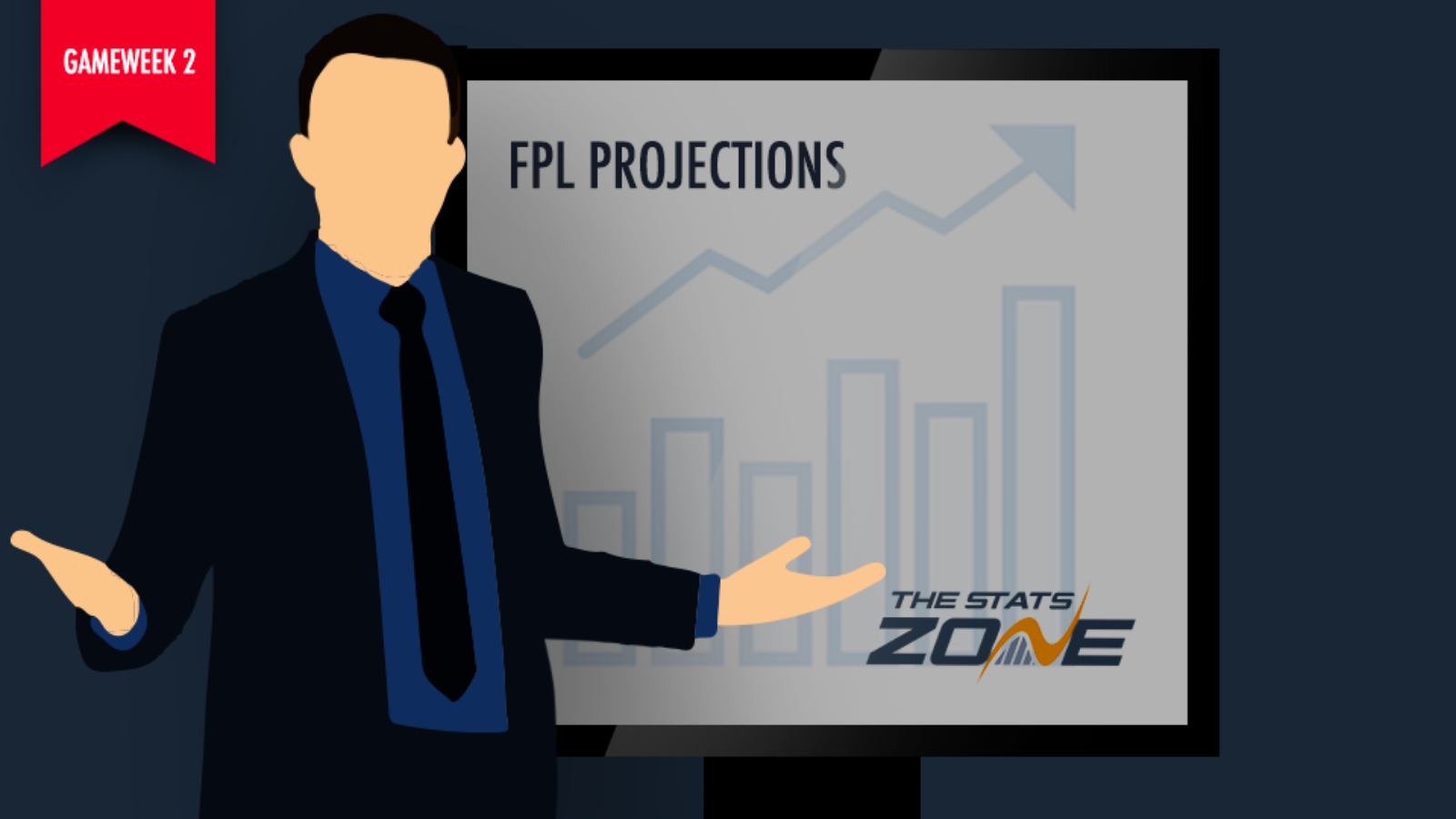 In what was a high-scoring weekend for much of the FPL community, the algorithm’s squad amassed a relatively modest 73 points during Gameweek 1. The two premium players chosen were Raheem Sterling (£12.0m) bedazzling West Ham with a hat-trick and Mo Salah (£12.5m) registering a goal and assist at home to Norwich in the season opener. They brought in 32 points, as captaincy belonged to the disappointing five points of Trent Alexander-Arnold (£7.0m). The Bournemouth duo of Ryan Fraser (£7.5m) and Callum Wilson (£8.0m) were also under-par, with just an assist between them. Yet the defence did well; on a weekend of nine clean sheets, Lucas Digne (£6.0m), Seamus Coleman (£5.5m) and Patrick van Aanholt (£5.5m) happily played out a 0-0 draw at Selhurst Park to accumulate a further 18 points. 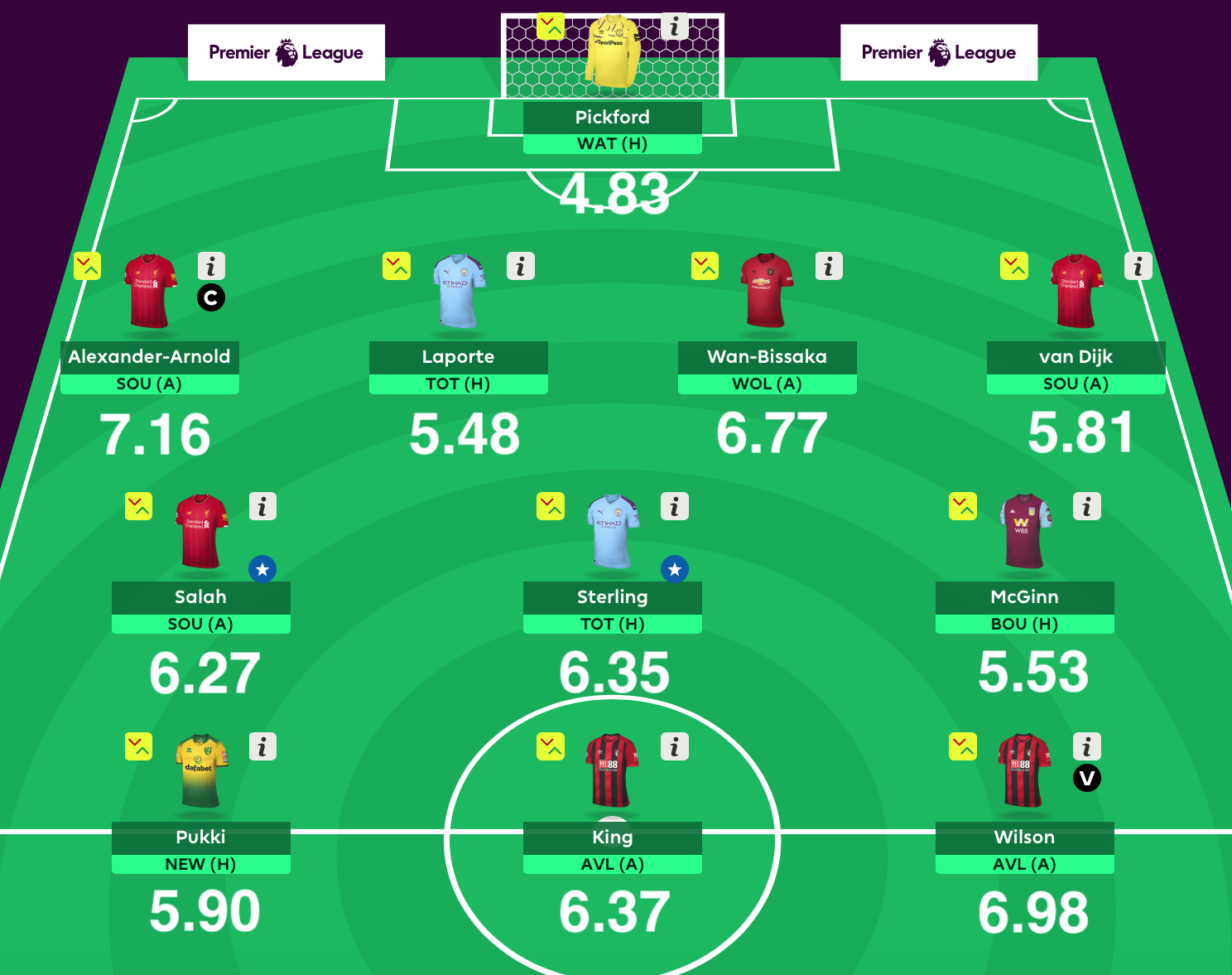 The Gameweek 2 team is dominated - once more - by Liverpool, Man City and Bournemouth, who contribute seven of the 11. Although the Anfield defence conceded a second half consolation, it was encouraging to see both Alexander-Arnold and Virgil van Dijk (£6.5m) deliver attacking returns, with the former crossing for Divock Origi’s (£5.5m) goal and the latter heading home a Salah corner. That right there is the appeal of Liverpool’s defence – yes they kept 21 clean sheets last season but those two and Andy Robertson (£7.0m) also added five goals and 29 assists. Van Dijk is owned by a staggering 52.1% of FPL managers and is about to face former club Southampton, although it’s unclear how the loss of Alisson (£5.9m) to injury will affect the backline.

Alisson sidelined for ‘the next few weeks’ due to the injury he sustained v NCFC. "[It's] not too cool. It’s a calf injury which takes him obviously out for a while,” Klopp said. “I don’t want to make [an] exact prognosis on when he will be back but it will not be Wed." #LFC

Another highly-owned asset is Manchester United’s Aaron Wan-Bissaka (£5.5m), the bonus points magnet who added two more on his home debut, despite not scoring any of the four goals. A trip to Wolves is difficult for the Red Devils, who have lost their last two meetings, but there is optimism in that Wolves failed to score at Leicester and may be further tired by Thursday’s Europa League exploits. Having said that, the Pyunik tie is at home and follows a comfortable 4-0 first leg victory. With the Premier League clash not until Monday, Nuno Espirito Santo will rest key players for the second leg and have a further four days to prepare.

Jordan Pickford (£5.5m) is selected in goal, as Everton’s goalless draw at Crystal Palace continued the promising defensive record that closed 2018-19: eight clean sheets from their last 11 games. This week he faces a Watford side who were abysmal in their 0-3 home defeat to Brighton, lost 0-6 in the FA Cup Final and preceded that with seven defeats in those same final 11 matches. The final defender in this 4-3-3 is Aymeric Laporte (£6.5m). The uncapped Frenchman is a pivotal component of Pep Guardiola’s champions and recovered from a reported knock to play in Saturday’s successful West Ham shut-out.

Quite an exciting afternoon already. #fpl

Good viewing for Digne and Sigurdsson owners. They both had the highest average position in GW1 for Everton.

The real star, though, was Sterling. His hat-trick could have been improved upon had Sergio Aguero (£12.0m) let him take the late penalty, although three goals was respectable enough. Although prone to the occasional rotation last season, Leroy Sane’s (£9.5m) ACL injury should lessen the chance of a repeat for Sterling. Guardiola has even endorsed him as a forward: "He is in his first days playing as a striker but for me striker will be an incredible position for him. He can play in three positions up front."

Raheem Sterling’s recent hat trick was his 3rd in the league. He blanked the next game on the other two occasions.

He’s also hit 8 braces and blanked in the next game 7 times!!

Man City are so irresistibly fixture-proof that even a home tie against Champions League conquerors Spurs will not be feared. Saturday night was worrying for Tottenham until the introduction of Christian Eriksen (£9.0m). They went behind early to a shock John McGinn (£5.5m) goal and the Aston Villa midfielder stands out as a good, cheap midfield option. Last season, he scored seven goals and assisted nine in the Championship, although he also collected 14 yellow cards.

Buoyed by that positive performance in North London, Villa start back-to-back home games by hosting Bournemouth. Eddie Howe’s side could only draw 1-1 at home to Sheffield United – another promoted side. Fantasy managers stocked up on Fraser, Wilson and Josh King (£6.5m) but they could only muster one, five and two points respectively. However, the two strikers are backed by the algorithm to make amends at Villa Park.

Salah has five goals from his four games against Southampton – a fantastic record which he’ll be confident of maintaining. The Egyptian scored 12 points in Gameweek 1 and will be hungry to become FPL’s top-scorer for three consecutive years. And win the league, of course! For budgetary reasons, the final place goes to Teemu Pukki (£6.5m) rather than Pierre-Emerick Aubameyang (£11.0m). Pukki’s goal wiped out Liverpool clean sheets last Friday. He scored an impressive 29 goals in last season’s Championship and is about to face a sub-standard Newcastle side managed by Steve Bruce. 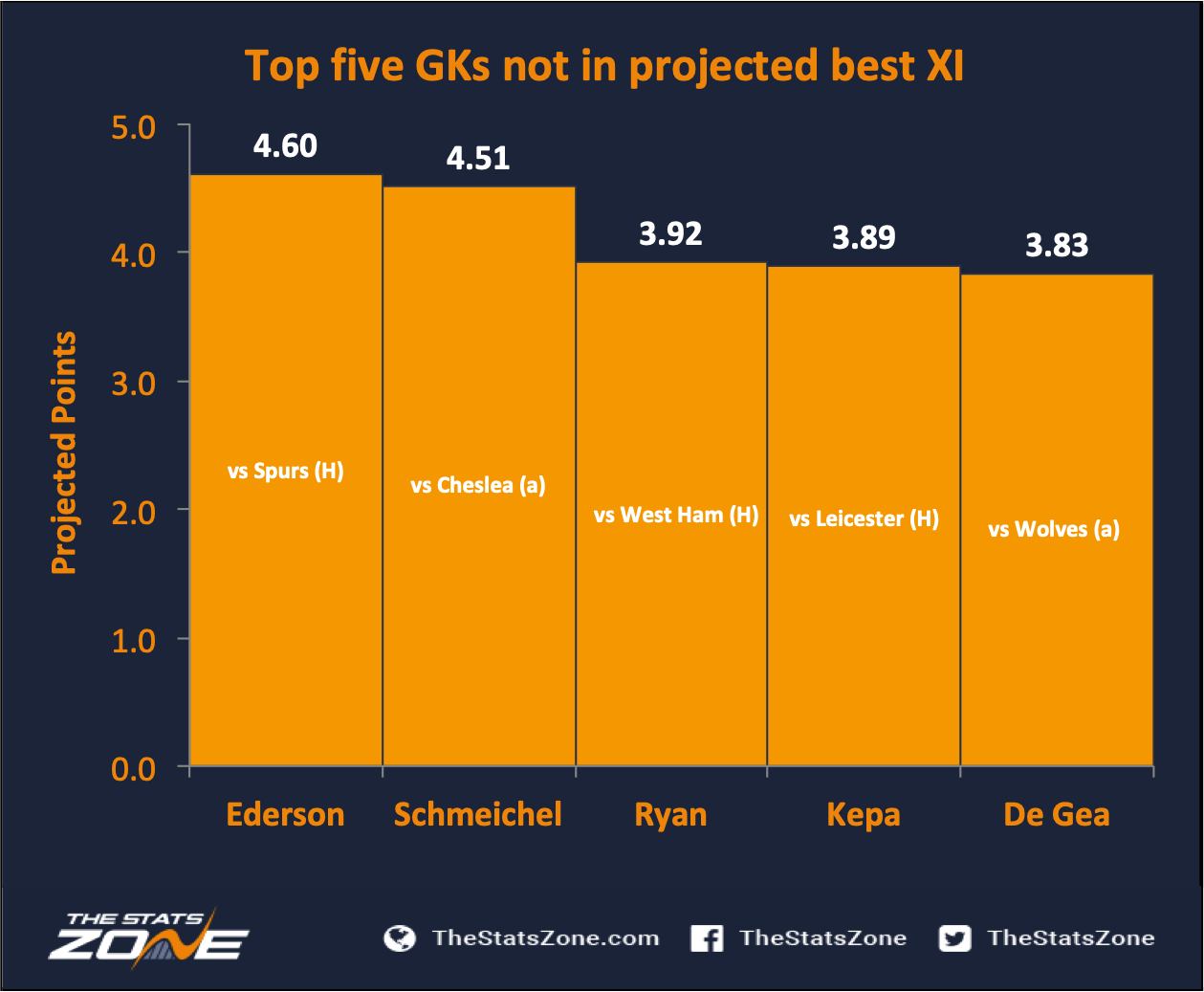 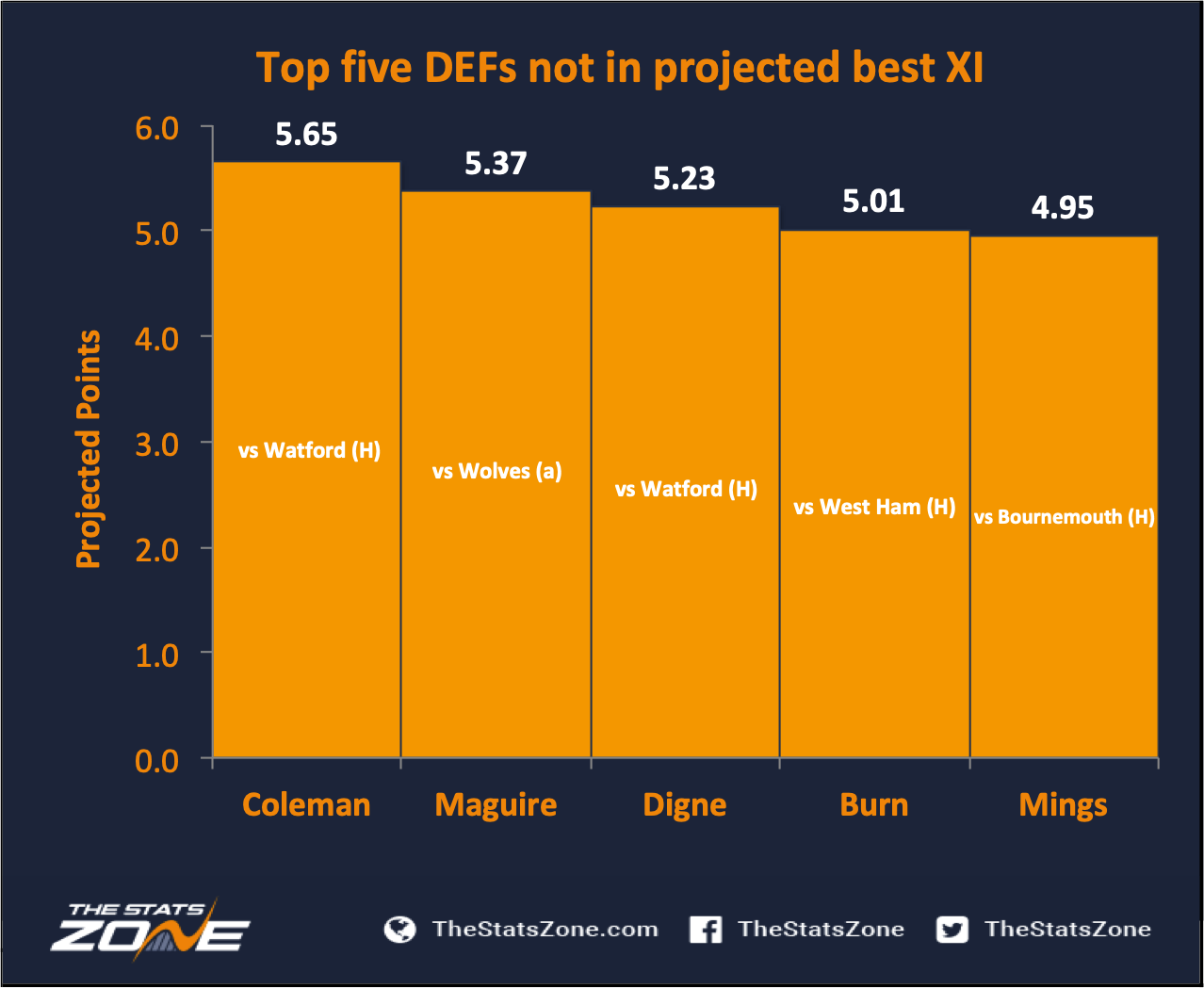 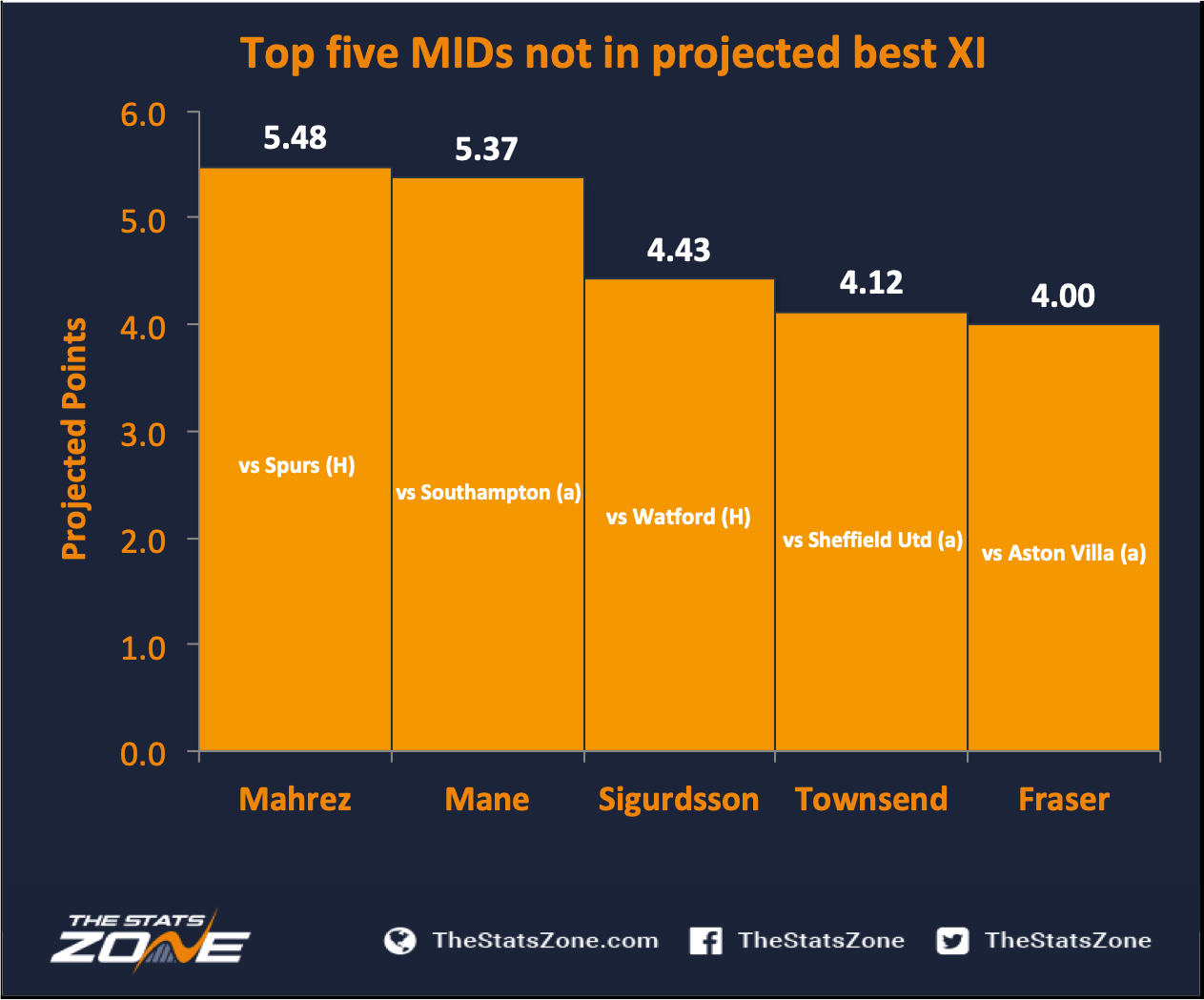 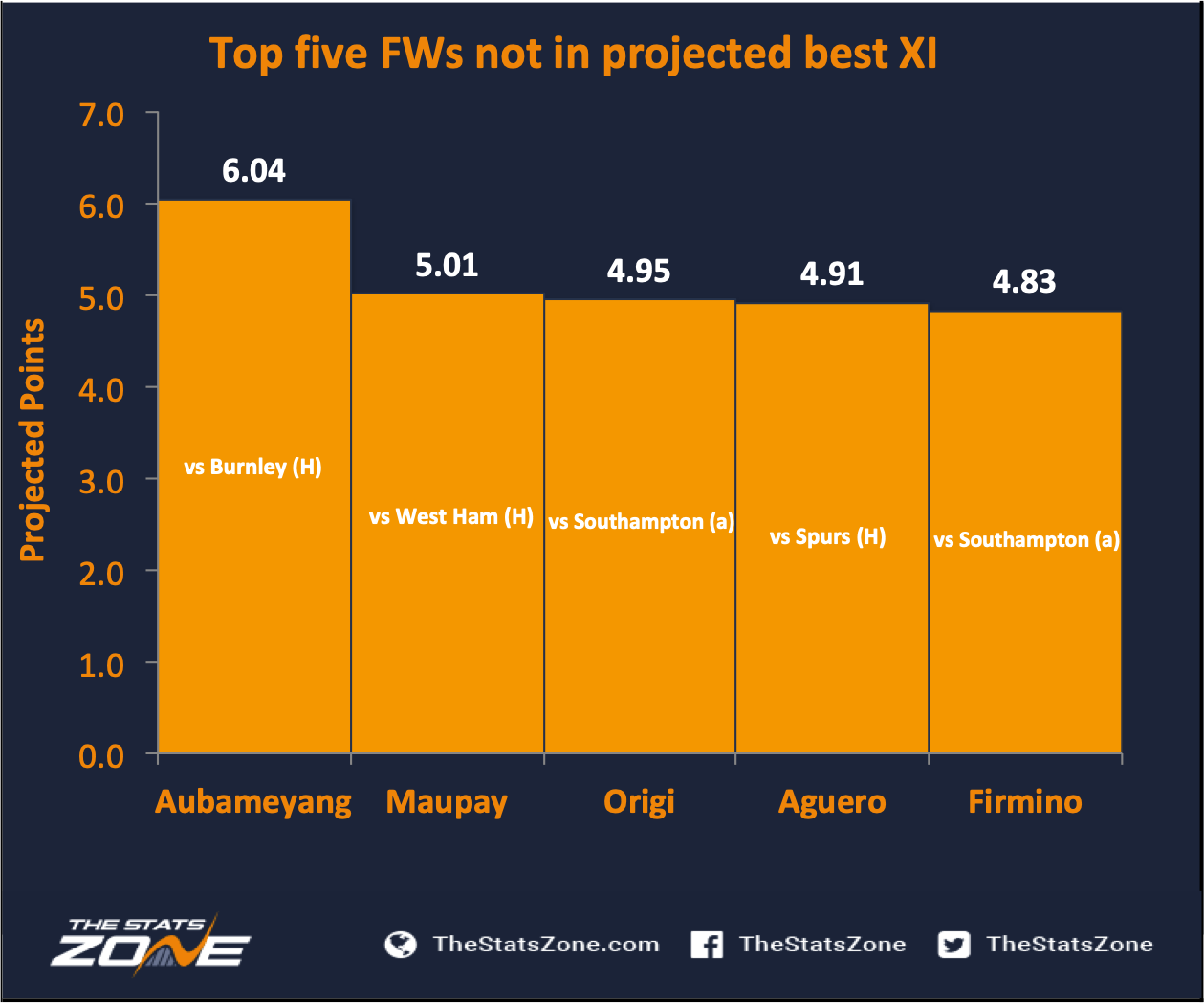