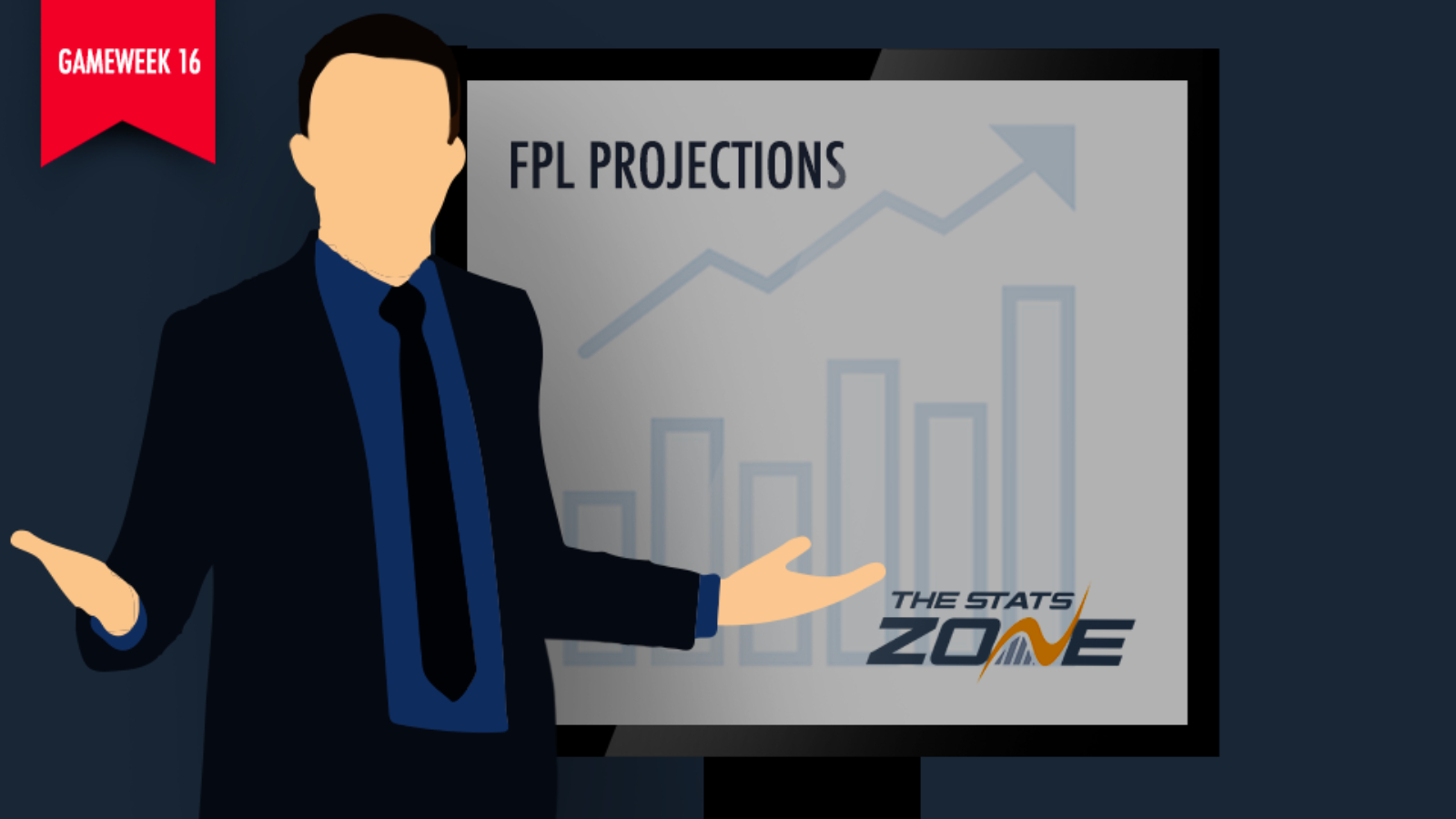 Door two of December’s advent calendar brought the season’s first round of midweek action. Tuesday night’s convincing 4-1 win for Man City was followed 24 hours later by an equally resounding 5-2 derby win for Liverpool over Everton, where the last match for Marco Silva put the Toffees into the relegation zone. Jose Mourinho took his new Spurs team to the familiar surroundings of Old Trafford, only for a surprise 2-1 defeat resulting from a Marcus Rashford (£8.8m) brace. It is now seven wins in a row for Leicester, gaining a fifth clean sheet in this run.

Magnus Carlsen may have just lost in the #grandchesstour but he won't care... ...because he captained Salah and had Mane as vice, plus he's getting Kelly and Dendoncker points off the bench. He's now just outside top 10 in the world 👀 #FPL #GW15 #AmazonPrimeVideo

A lot of the FPL build-up was centred on the constant speculation and over-analysis of every injury update for Tammy Abraham (£7.9m). Hip pain against Valencia made him unable to face West Ham last Saturday and a doubt for hosting Aston Villa on Wednesday, therefore the most-owned player saw his ownership drop from 50% to 30.6% in just seven days – a loss of over 1.3 million managers. Of course, he started against Villa, scored, assisted and brought home 12 points! Anyway, there’s no time to gather your breath because Gameweek 16 is already here. 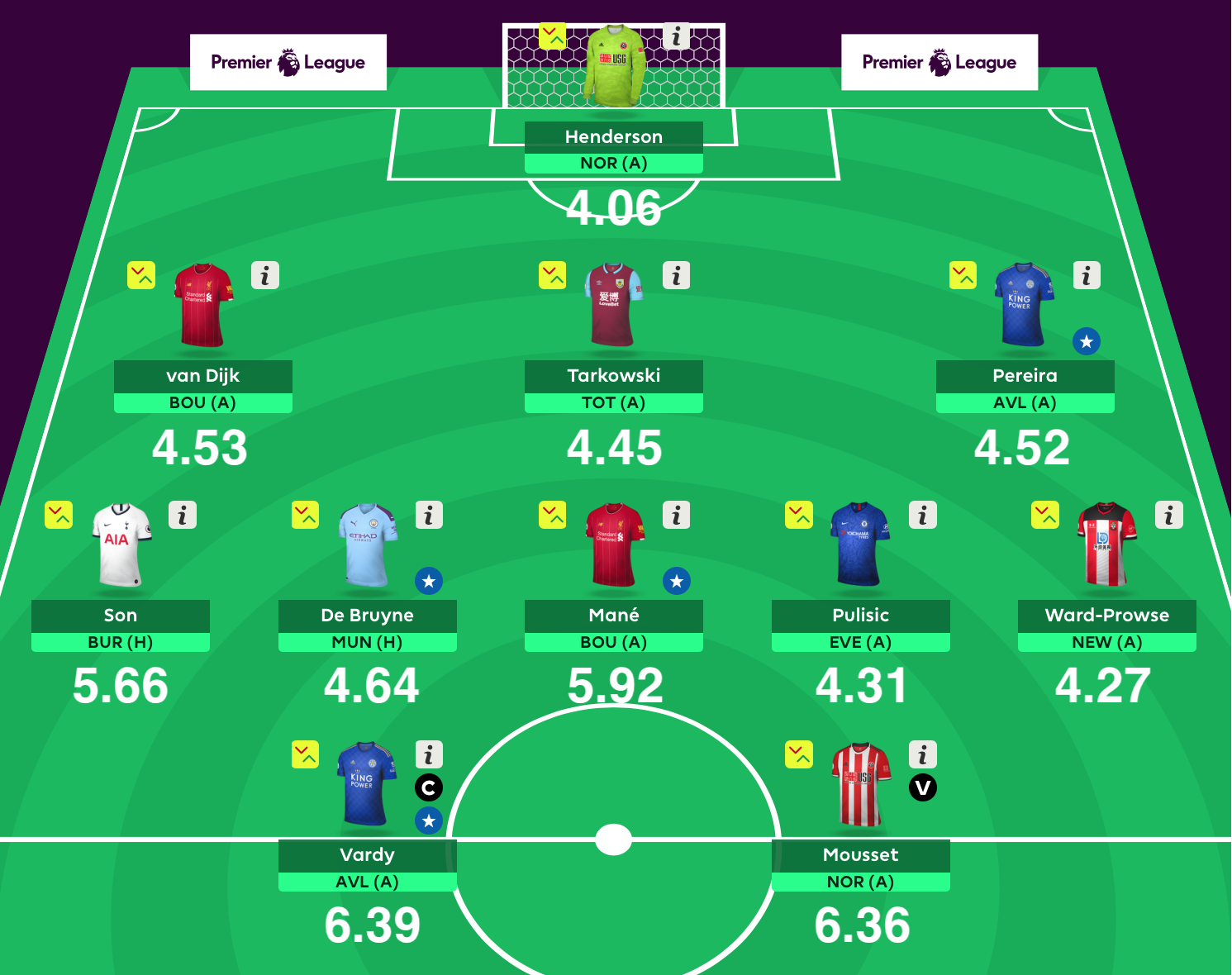 The optimum line-up tallied 61 points, regretfully giving the captain’s armband to Jamie Vardy (£10.0m) over the hauls of Rashford and Sadio Mane (£12.3m). Riyad Mahrez (£8.3m) came off the bench to score Man City’s fourth, as clean sheets were recorded for Kasper Schmeichel (£5.3m) and Matt Doherty (£6.0m). It could also have been a shut-out for Ben Chilwell (£5.9m) but he missed the 2-0 win over Watford with a hip injury, in a round of games that also saw no minutes for Mo Salah (£12.2m), Anthony Martial (£7.6m) or Fikayo Tomori (£4.9m). However, many Fantasy managers got lucky with automatic substitutions, as Diego Rico (£4.3m), Martin Kelly (£4.1m) and Leander Dendoncker (£4.4m) delivered nine, six and 11 points off benches in their place.

Gameweek 16 brings a 3-5-2 formation for the algorithm line-up. Goalkeeper Dean Henderson (£4.7m) makes the team whilst 'defender' John Lundstram (£5.1m) surprisingly does not. Their trip to Norwich looks promising but Sheffield Utd’s defensive form has understandably slipped of late, going four games without a clean sheet. Moreover, losing 2-0 to Newcastle was the Blades’ first home defeat by more than one goal since January 2017 against Fleetwood Town. James Tarkowski (£5.1m) is in the side again, aiming to continue Mourinho’s streak of conceding twice in every match for Spurs.

SCOUT: Three of the top four best-value #FPL players of 2019/20 (based on points per million spent) are @LCFC defenders (Soyuncu, Evans, Pereira) https://t.co/WWEprnGUm8

Lundstram has been overtaken as the highest-scoring defender by Ricardo Pereira (£6.5m). Leicester’s attacking right-back has scored either six or seven points in each of the last half dozen matches – five due to clean sheets, one because of an assist. He also eats up bonus points like Pacman. Completing the back three is Virgil van Dijk (£6.4m). The Dutch colossus followed his two goals against Brighton by being crowned the best non-Messi player in the world at the Ballon d’Or ceremony. Liverpool travel to Bournemouth on Saturday afternoon and, unless the 6ft 4in giant stops coming forward for set pieces, Van Dijk will always have a good chance of attacking returns.

Mane assisted Divock Origi’s (£5.2m) opener against Everton with a perfectly weighted and curled through ball, slipped in Xherdan Shaqiri (£6.3m) for the second and finished a swift counter-attack himself in a scintillating first half display. The gameweek’s top-scorer could easily have added more but missed two huge chances late on. He is up against a Bournemouth side with four losses on the bounce, after being defeated 1-0 by a Crystal Palace team who played with ten men for 71 minutes.

Fully rest Salah, bench Firmino for most of the game, score 5 goals. This is all a bit to easy for Liverpool isn't it?

Another set-piece of James Ward-Prowse (£5.8m) assisted Danny Ings (£6.2m) in the huge relegation six-pointer versus Norwich. He travels up to Newcastle. It’s now three consecutive blanks for Christian Pulisic (£7.5m), a man who has gained a place in 900,000 teams since Gameweek 10. Accumulating ten shots and an xG (expected goals) number of 1.52 in that time suggests that the American will soon be back scoring. At least Kevin De Bruyne (£10.3m) has two goals to coincide with his dry spell at assisting – one in seven matches. The Manchester derby presents an opportunity to score highly, considering the Red Devils haven’t kept a clean sheet since Gameweek 5.

Kevin De Bruyne (£10.2m) has only 3 attacking returns over the last 8 GWs Are you keeping or selling? #FPL https://t.co/Spv1YccZx1

Lampard's belief in Pulisic. "He is playing really well. He can score more, we have a player in Christian who is someone who is really exciting us but when you see this type of player, you see he has the ability to go on to that extra level." #CFC

Their backline was broken by a rejuvenated Dele Alli (£8.6m), someone who has looked a different man since Mourinho’s arrival. Yet an honourable mention must also go to midfield colleague Heung-Min Son (£9.8m), whose 25 FPL points in that time is only narrowly beaten by Alli’s 29. The idea may be that Son stays on the left flank to provide width while Jan Vertonghen (£5.2m) tucks inside from left-back but it hasn’t yet nullified his goal threat.

Lys Mousset (£5.1m) hadn’t played over 60 minutes until the game which added three assists to his three goals. Even that 13-point display saw him removed after 64 minutes but his output from recent weeks had suggested his place up front was finally secure. Apparently not, as he was benched against Newcastle. It probably means he’ll start against Norwich’s leaky defence, though. The only team to concede more shots than the Canaries are Aston Villa, which means Vardy gets the captain’s armband once again. Incorrectly booked for simulation on Wednesday, Vardy eventually got his duly-converted chance from the penalty spot but that yellow card led to him getting zero bonus points, angering the two million who made him the most-captained FPL player of all time. 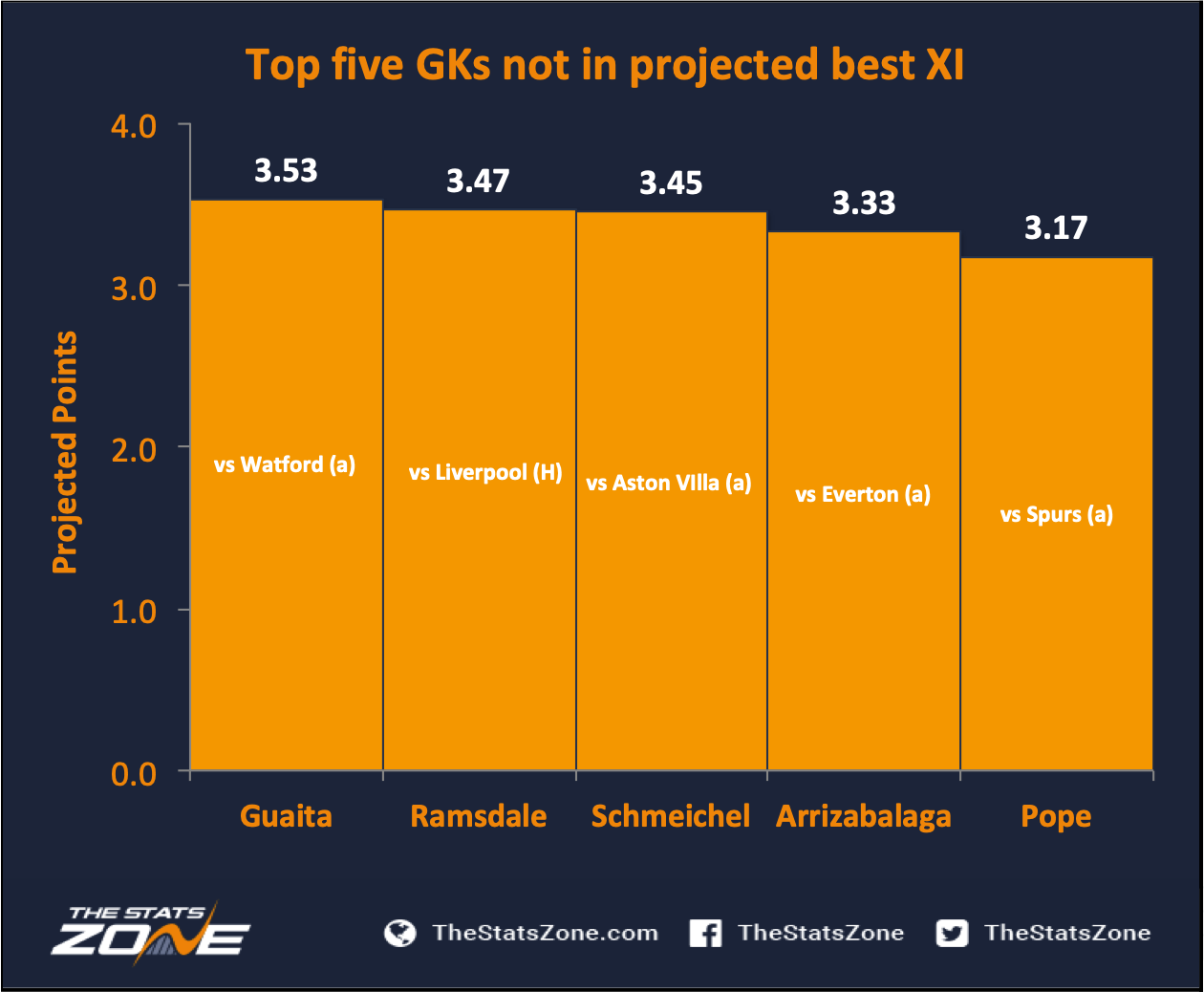 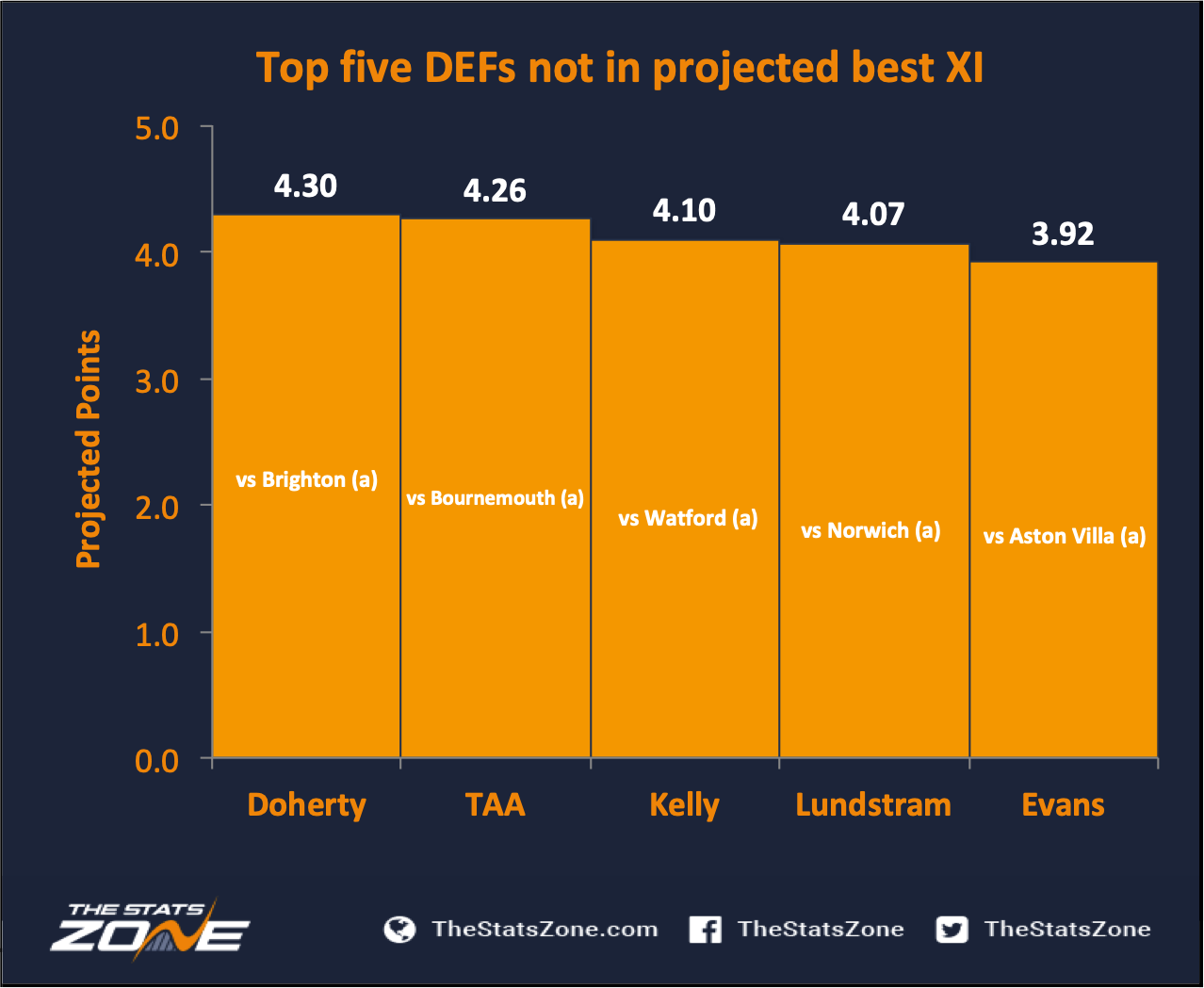 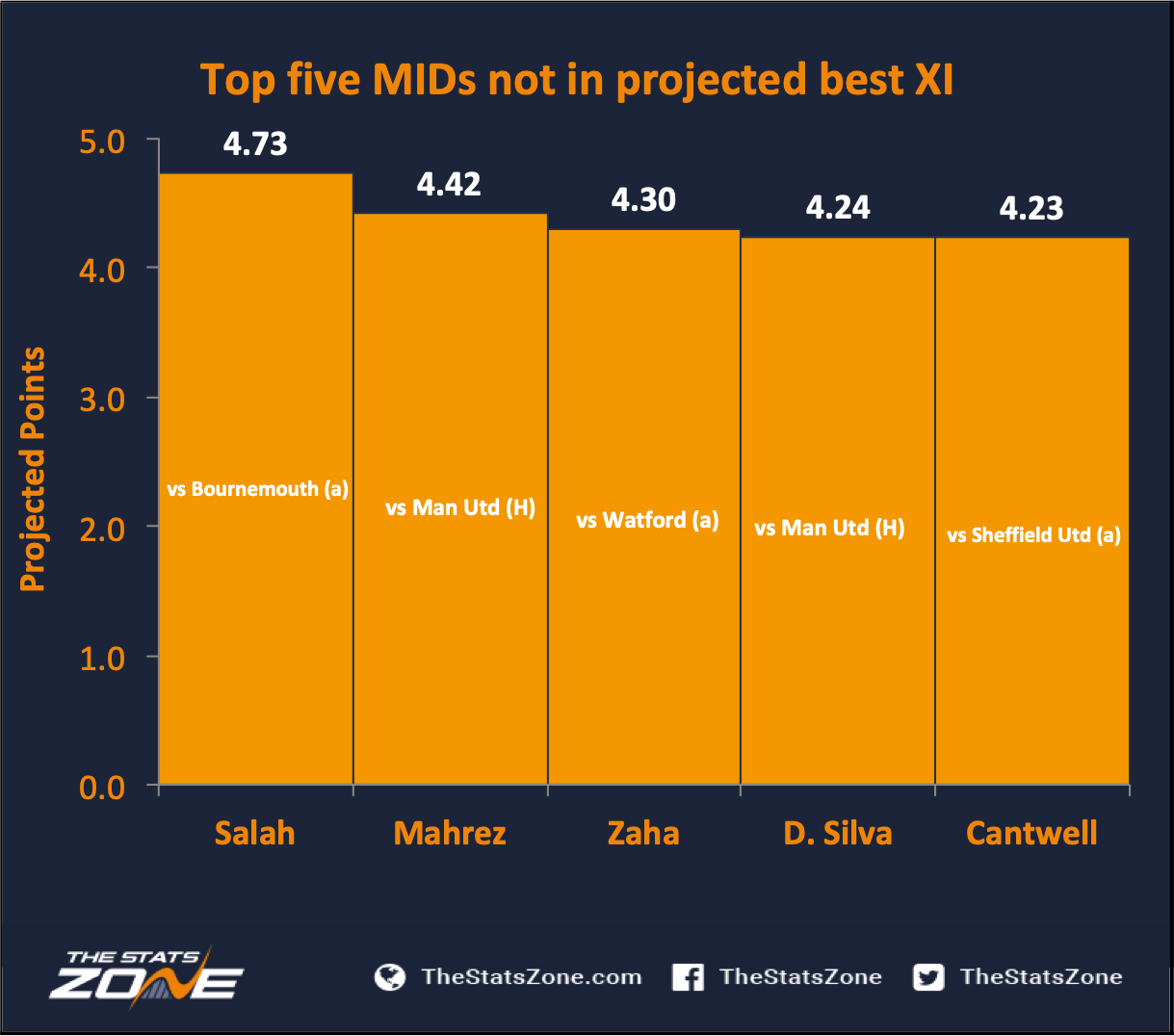 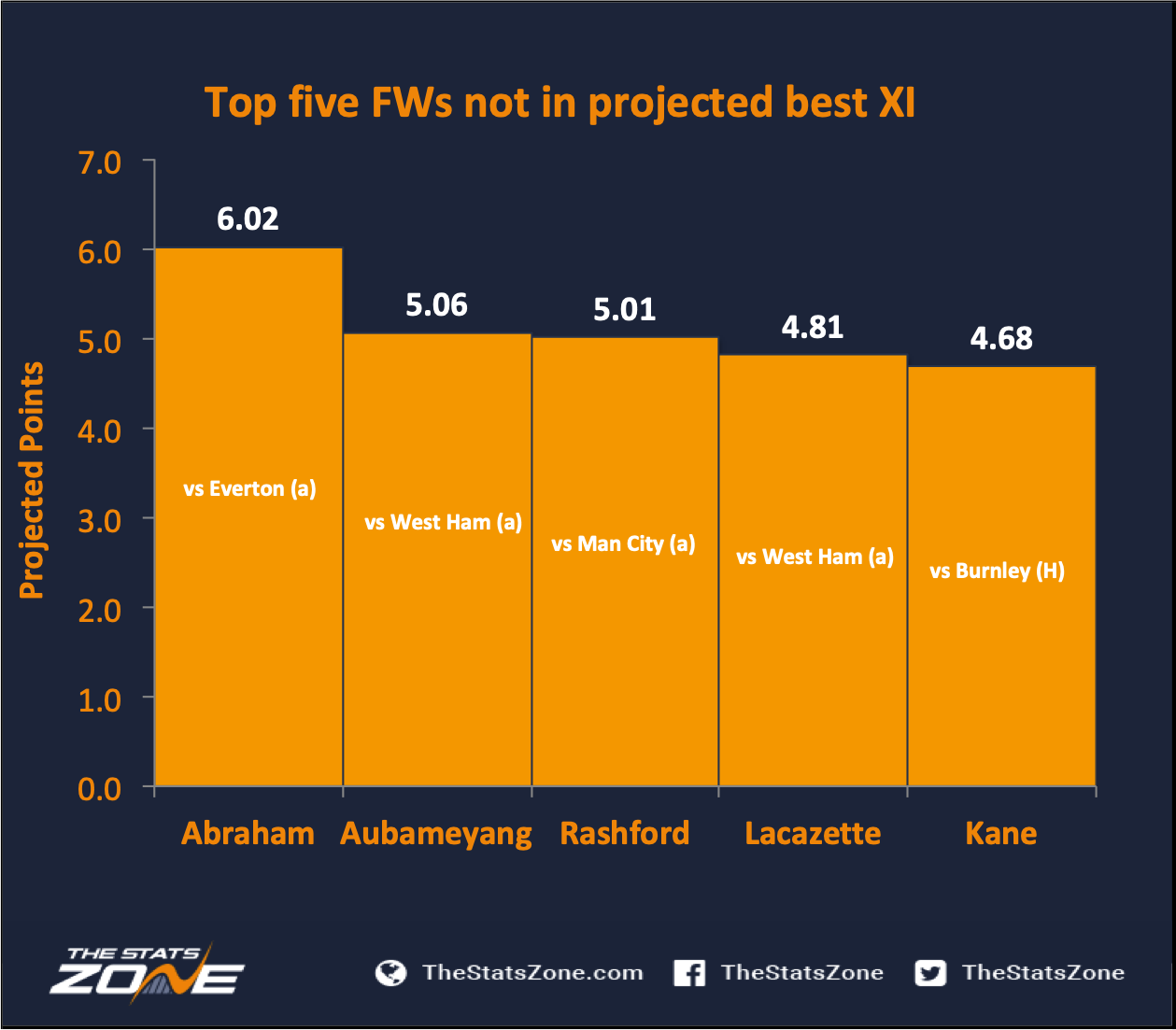