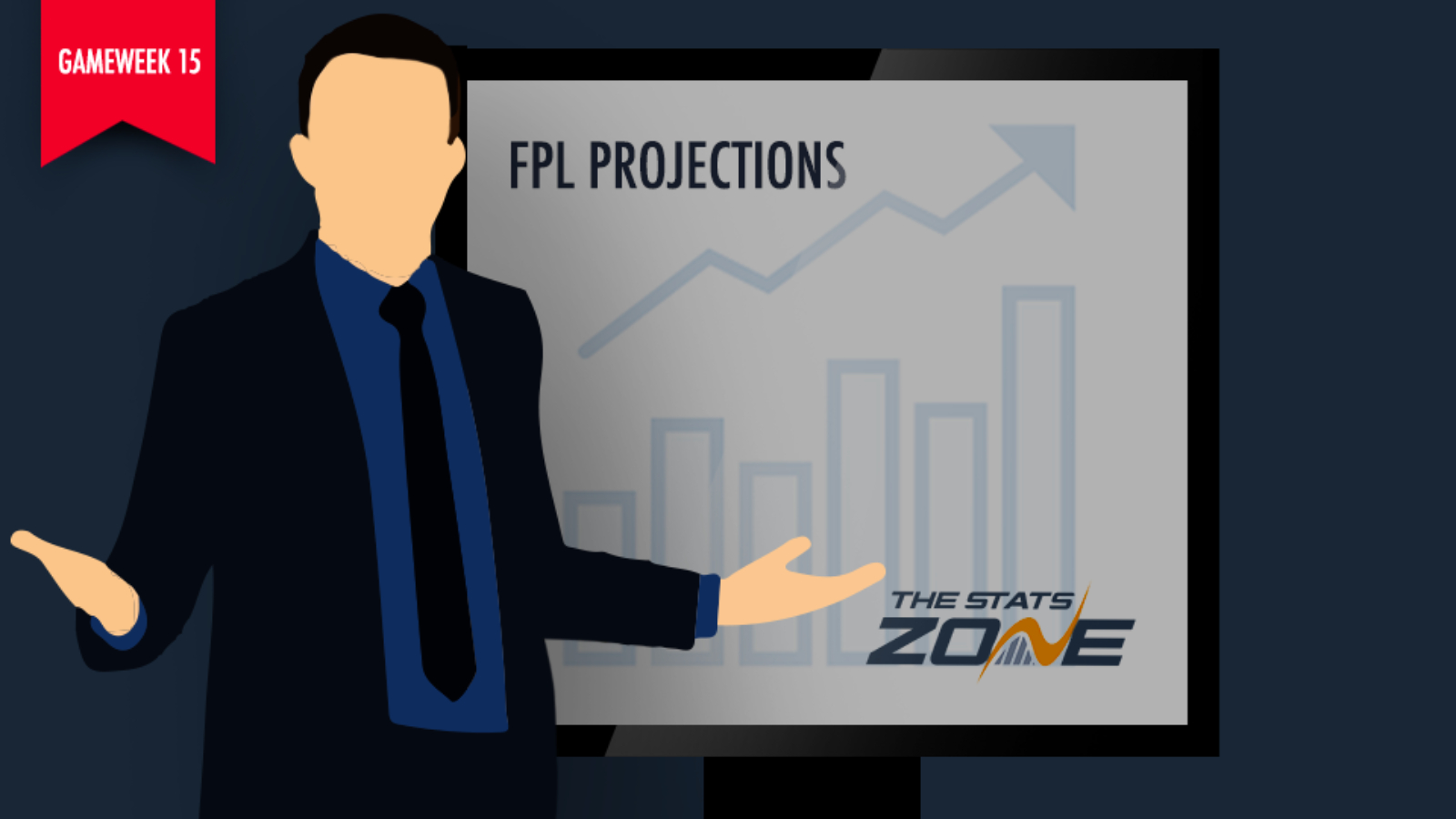 December is here, as is the heavy winter schedule that is just as synonymous as wrapping paper, Christmas trees and pigs in blankets. There are seven doors to the Premier League advent calendar and behind the first door was dropped points for Man City at Newcastle, despite a Kevin De Bruyne (£10.2m) strike reminiscent of the great Tony Yeboah. It also brought a goal for Raheem Sterling (£11.9m) – his first attacking return in four matches. Later that afternoon, Liverpool held on to a 2-1 win over Brighton to extend their lead over the champions to 11 points. A blistering start saw Virgil van Dijk (£6.4m) head home two of Trent Alexander-Arnold’s (£7.2m) set-pieces, before goalkeeper Alisson’s (£6.0m) red card led to a consolation goal and nervy finish. 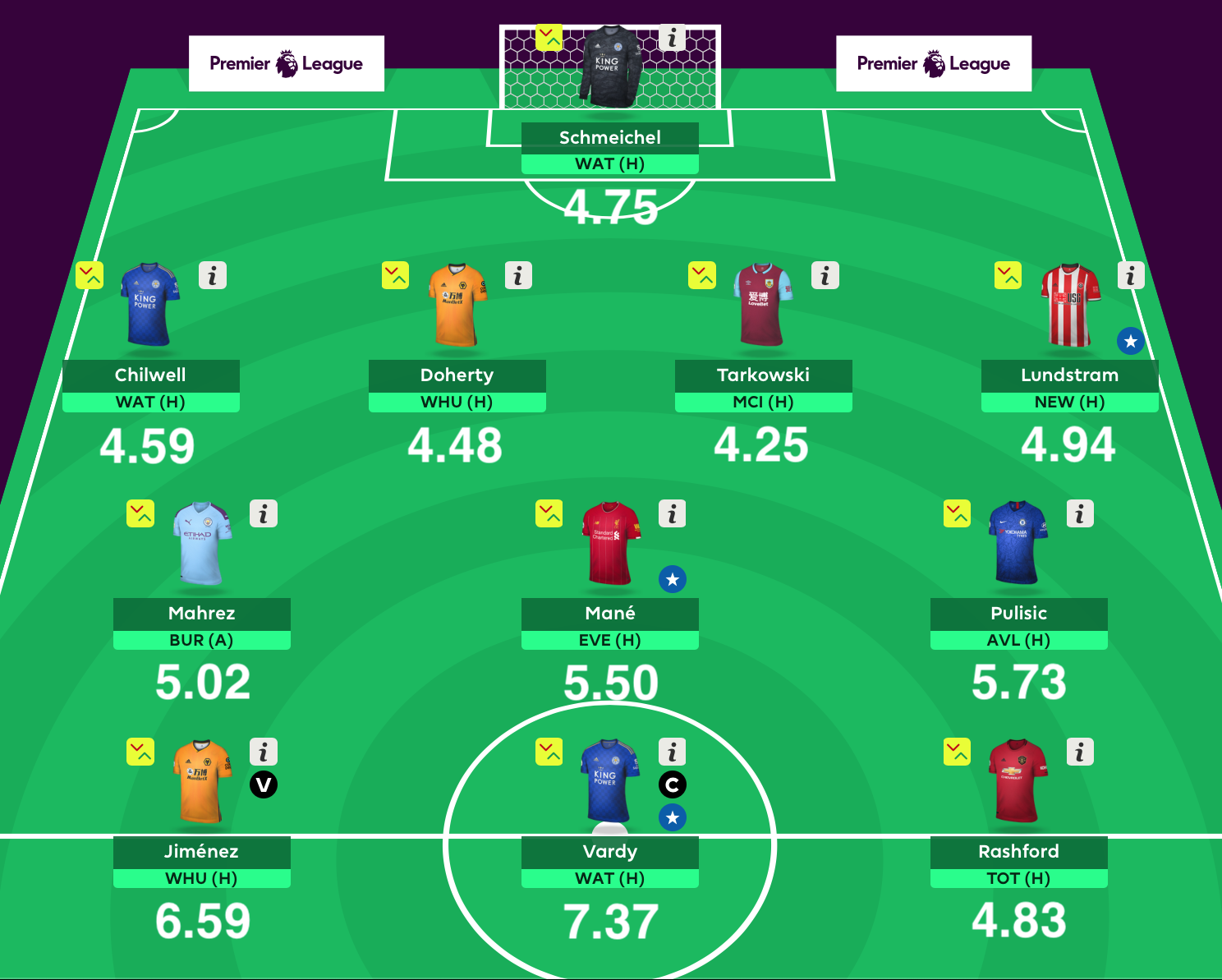 Eight players from Gameweek 14’s optimum squad have made it this time, despite only bringing in 44 points in a generally disappointing weekend. The three who didn’t get selected this week are Nick Pope (£4.7m), Son and Andrew Robertson (£7.1m). Only Crystal Palace and West Ham kept clean sheets, meaning Liverpool are still stuck on two for the season. Regardless of this, Robertson’s recent goal and assists see him remain the game’s third highest-scoring defender, although he took a backseat to Alexander-Arnold and Van Dijk on Saturday. For the first time this season, the algorithm has selected no Liverpool defenders.

In goal is Kasper Schmeichel (£5.3m), as part of a defensive double-up with Ben Chilwell (£5.9m). Before Richarlison’s (£7.9m) 23rd-minute header, Leicester hadn’t conceded a goal in 447 minutes and they are backed to resume clean sheet duty when they host Watford. Bottom of the league, the Hornets sacked manager Quique Sanchez Flores after letting Southampton come back and win 2-1 at St Mary’s. The league’s lowest scorers with nine goals in 14 games, xG (expected goals) statistics suggest they’ve been the unluckiest of all 20 – they have ‘underscored’ by 7.97 goals.

I hadn't written off Alli but he was my third choice (behind Son/Moura). But watching the highlights of Bournemouth - Alli back to his best almost. Late runs into the box, excellent finishing, plenty of chances. Saves money too!

Our team lines up in a 4-3-3 formation, anticipating at least a clean sheet from Sheffield Utd’s box-to-box midfielder John Lundstram (£5.0m) at home to Newcastle – the side that comes bottom of xG. Perhaps inclusion in the squad seemingly jinxed James Tarkowski (£5.1m), as he followed up his 12 and 17-point returns with just one against Crystal Palace. A goal threat from set-pieces, he will be at home to Man City on Tuesday night. The new man in our backline is flying wing-back Matt Doherty (£6.0m).

He was one of last season’s great bargains because of his four goals and seven assists from defence, hence his huge price increase for this season and the subsequently low 3.4% ownership. After starting just five of Wolves’ opening nine fixtures, Doherty has cemented his place in Nuno Espirito Santo’s starting 11 and made 26 penalty box touches in the past six gameweeks – more than Ricardo Pereira’s (£6.4m) 20 and the 15 of third-placed Calum Chambers (£4.4m). He duly scored on Sunday against Sheffield Utd and will aim to repeat this at home to West Ham.

Sadio Mane (£12.2m) had his first blank in five matches but will face Everton in the Merseyside derby. Despite not scoring in his last four meetings with the Toffees, confidence is low at the 17th-placed club and manager Marco Silva is the odds-on favourite in the sack race. It will be the first of 10 December games for Liverpool – a gruelling month that may, at some point, bring rotation to the likes of Mane, Roberto Firmino (£9.4m) and Mo Salah (£12.2m).

Just seen Abraham - asked if he’ll be fit for Aston Villa, he replied with a nod, a smile. Then said ‘Hopefully’. Sounds pretty likely. At least there is some good news for Chelsea today.

🗣️ More from Frank Lampard on Tammy Abraham: "We will find out more today and tomorrow. He needs to get outside and move a little bit outside over the next two days." #FFScout #FPL #GW15 #ChelseaFC #FantasyPL

It already affects Riyad Mahrez (£8.3m), who was invisible in the 2-2 draw at Newcastle but the algorithm tips him to bring in some points at Burnley. Callum Hudson-Odoi (£5.7m) is waiting for game time but not necessarily instead of Pulisic. The American has been in great form of late and should have scored against West Ham, obtaining a 1.00 xG score bettered only by Alli all weekend. Fantasy managers are on tenterhooks to see if Abraham returns from a hip injury for the alluring clash with Aston Villa. If not, manager Frank Lampard has hinted at a role up front for Pulisic: "He does have an ability to run behind the line and to be sharp in central areas. I am not going to say right now if that is the solution but we will see as we go forward."

Already ahead as the league’s top scorer by three goals, Jamie Vardy (£9.9m) is naturally the captain when facing Watford at home. He has scored in six successive matches, plays for a team high in confidence and is up against a rudderless opponent. It took 68 minutes for him to strike against Everton, with substitute Kelechi Iheanacho’s (£5.7m) winner snatching Vardy of any bonus points. Marcus Rashford (£8.7m) thought he had equalised against Aston Villa but it was swiftly awarded as an own goal for goalkeeper Tom Heaton (£4.5m), whilst Wolves’ Raul Jimenez (£7.7m) ended his scoring streak on Sunday but did get the assist for Doherty. The Mexican has two goals in two games against West Ham. 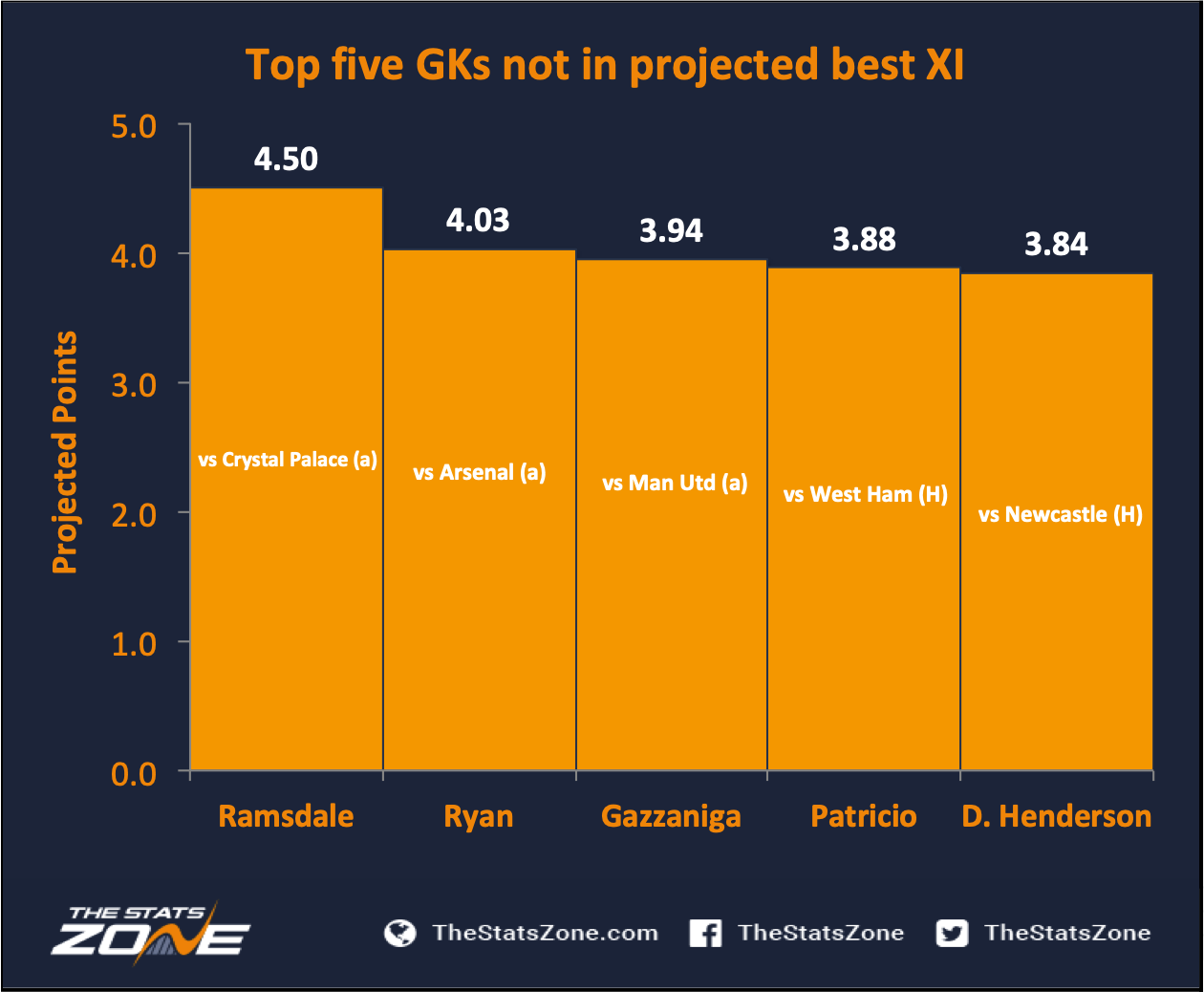 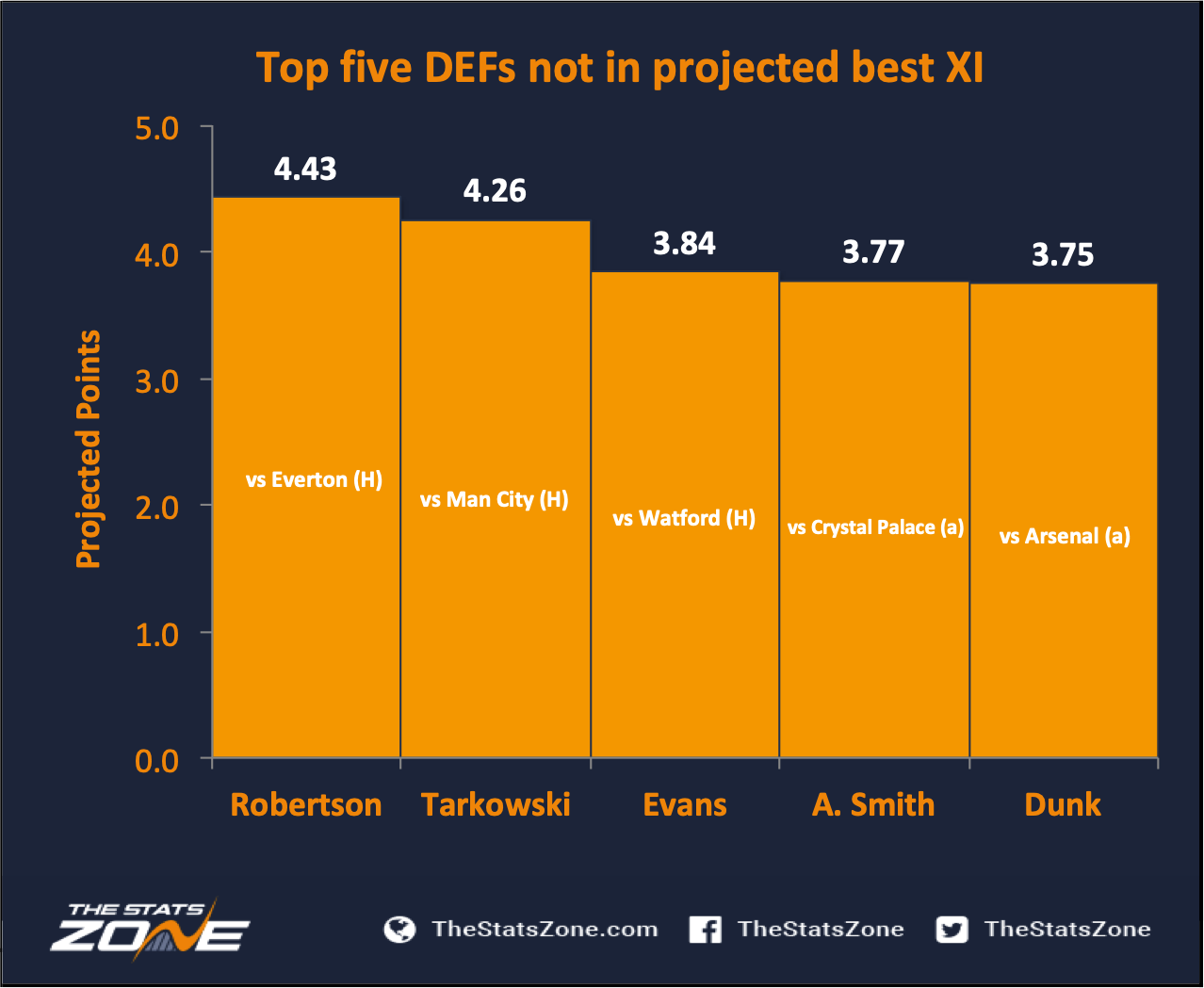 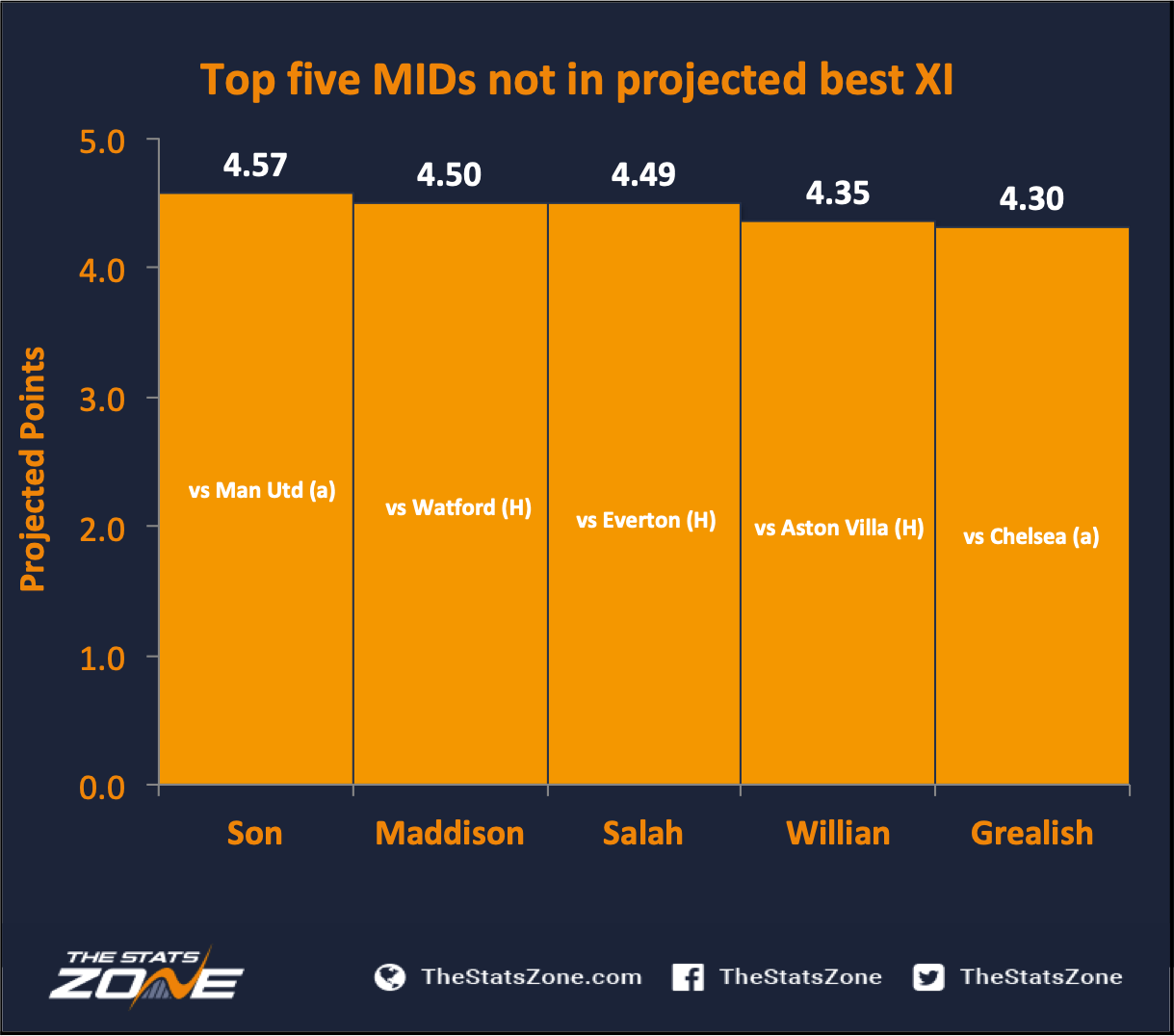 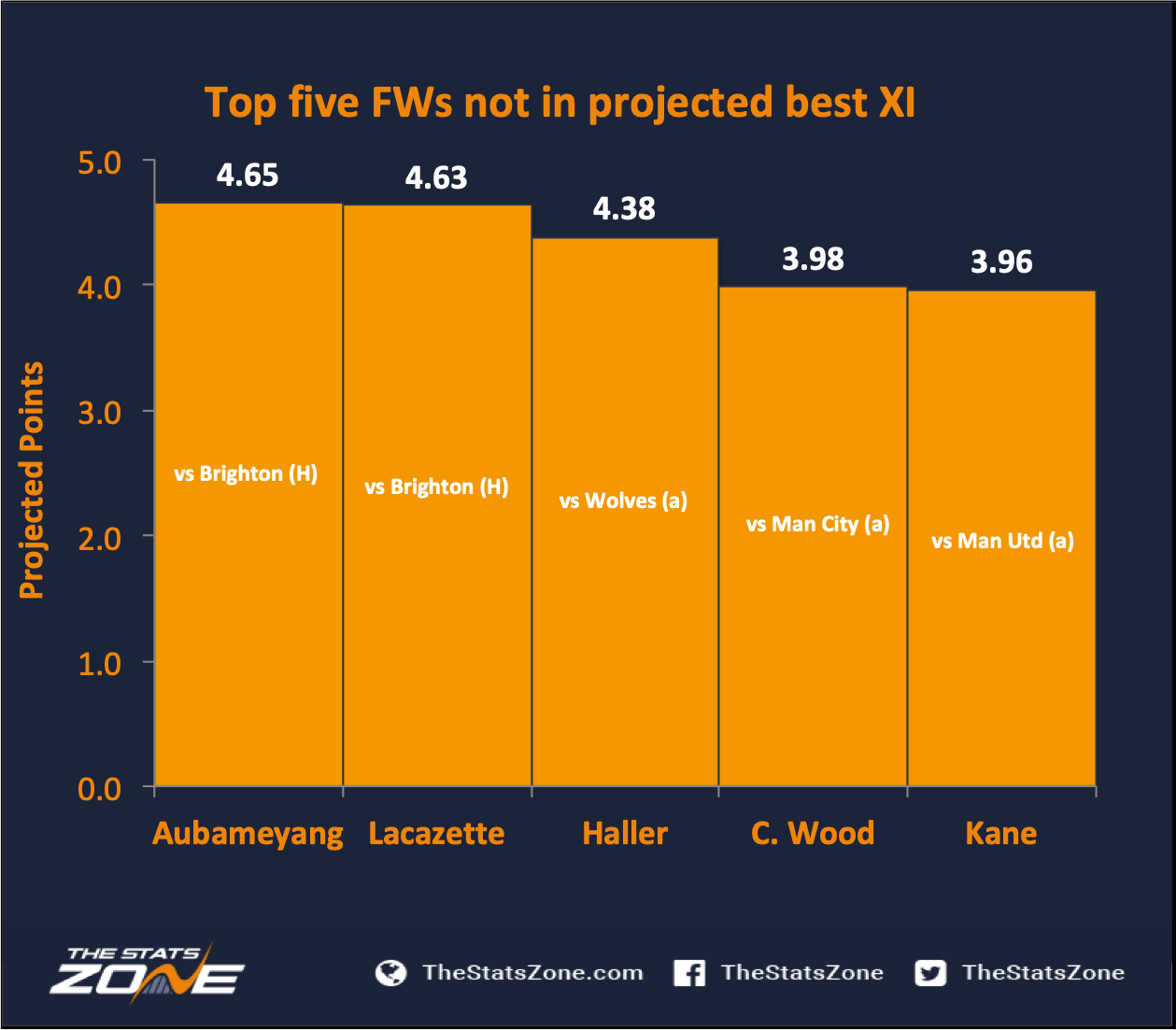