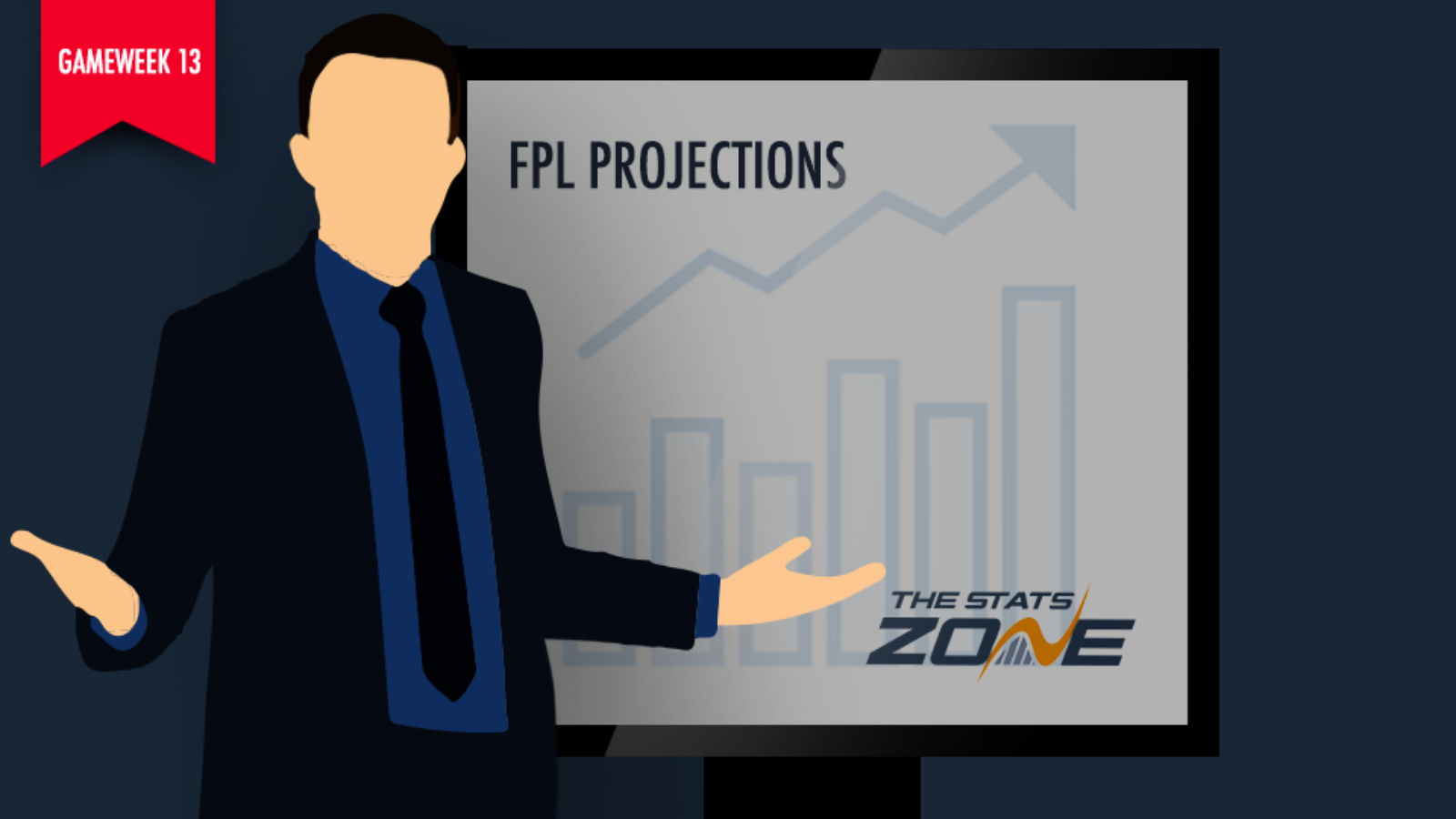 The toenail of John Lundstram (£4.9m) was deemed sufficiently offside to deny David McGoldrick (£5.4m) an equaliser for Sheffield Utd, although they later grabbed a draw at Spurs via George Baldock’s (£4.5m) mis-hit cross. Just the two points for Lundstram though, as with Lys Mousset (£5.0m) and Raheem Sterling (£12.0m). Bournemouth lost 2-1 on Tyneside but goalkeeper Aaron Ramsdale (£4.6m) made seven saves to earn him a bonus point and a return of four. Each of the Leicester triple-up delivered, with Ben Chilwell (£5.7m) successfully shutting-out the Gunners and Youri Tielemans (£6.7m) setting up the Vardy strike. It was a fantastic week for the algorithm, as we approach the cold winter months. 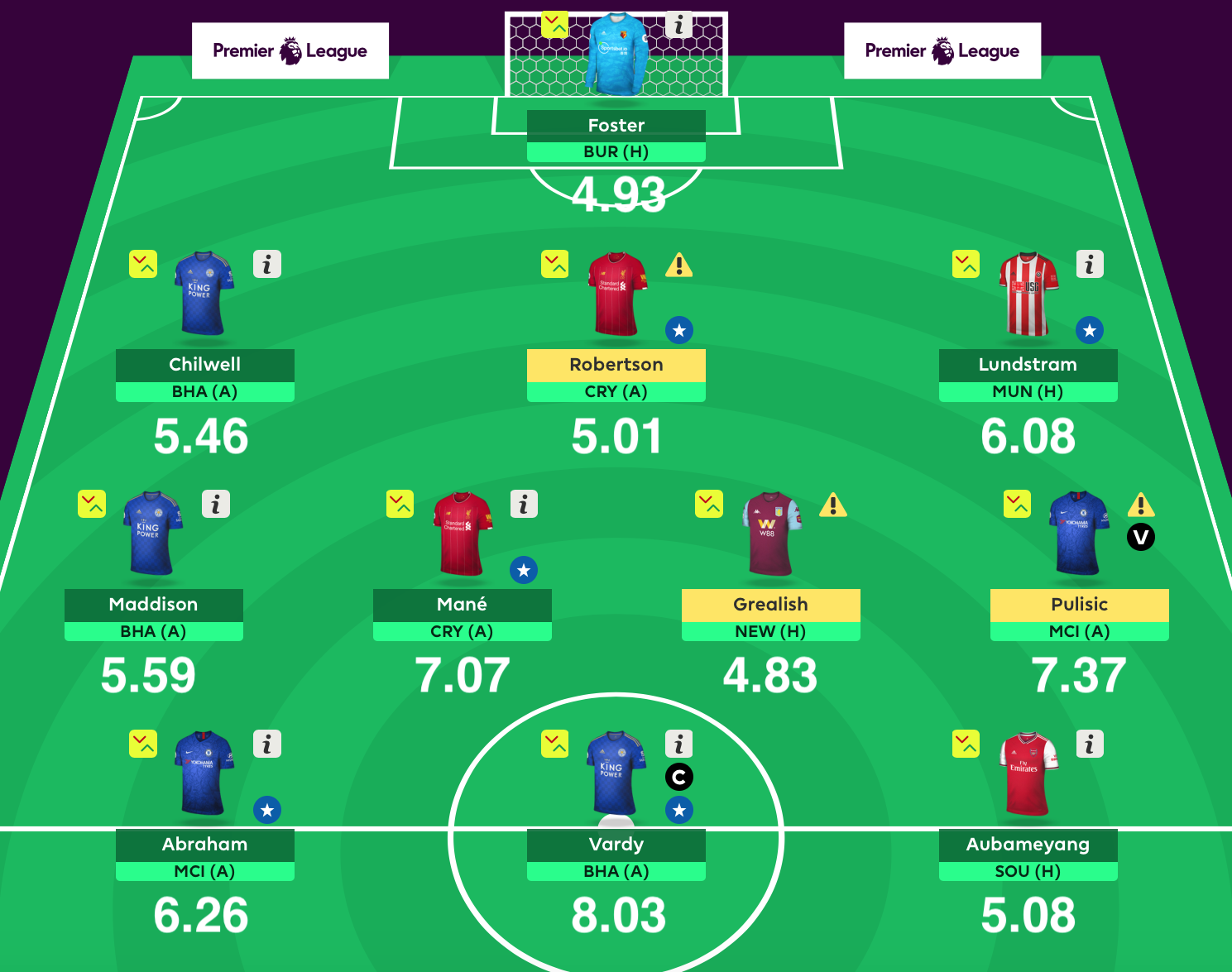 This week’s optimum squad isn’t affected by Jose Mourinho’s first match as Spurs manager, away to West Ham. It contains a few slight injury knocks but all eleven are expected to start upon their return from international duty. In goal, Ben Foster (£4.8m) faces Burnley and hopes to continue the defensive turnaround of Watford that has returned three clean sheets in five matches. That is more than what Liverpool have achieved all season. They still couldn’t keep one against Man City but Andrew Robertson (£7.0m) maintained his good attacking form by crossing from deep for Mo Salah’s (£12.3m) headed goal. The left-back’s fourth assist makes him FPL’s third highest-scoring defender. However, he withdrew from the Scotland squad because of an ongoing swollen ankle problem.

Watford (5.42) are 2nd behind only Liverpool (5.30) in terms of xG conceded over the last six games. This is in stark contrast to the first six games, when they were bottom for the metric, with an xGC of 13.30. #FPL

Watford (5.42) are 2nd behind only Liverpool (5.30) in terms of xG conceded over the last six games. This is in stark contrast to the first six games, when they were bottom for the metric, with an xGC of 13.30. #FPL

Chilwell played all 180 minutes of England’s 7-0 and 4-0 victories, ahead of a trip to Brighton in Leicester’s quest for a fourth consecutive clean sheet. Completing the backline is the man who is top of defensive rankings – John Lundstram. He may be cheap, he may be newly-promoted and he may have a huge offside-straying toe but owners should not be discouraged by Sheffield Utd’s hosting of Man Utd. After seeing three of the Red Devils’ last four away games end in scoreless defeats to West Ham, Newcastle and Bournemouth, Lundstram could feasibly add his sixth shut-out or score his fourth goal. He will be without Dean Henderson (£4.7m) between the sticks though, as the loanee can’t face his parent club.

There have been injury concerns over Jack Grealish (£5.9m), after missing two games since hurting his calf at Man City. He has never played against Monday’s opponents Newcastle, although he pleased their fans in May 2017 when his late equaliser against Brighton handed the Championship trophy to the Toon Army. James Maddison (£7.5m) made his England debut against Montenegro after finding fantastic form at Leicester – four goals and an assist in six league games. The Foxes are flying high in second place and Maddison is the latest in a series of strong mid-placed midfielders to emerge for managers. He, Tielemans, Mason Mount (£6.8m) and Anthony Martial (£7.8m) are tempting some to ditch a premium player and move funds around.

Yet Pulisic’s form tops all of theirs. His four-game average of 9.5 points is ahead of Tielemans’ 7.2 and Maddison’s 7.0. It took Frank Lampard time to ease his new signing into proceedings but a Gameweek 10 hat-trick at Burnley has been followed by goals against Watford and Crystal Palace. He and Abraham may see it as a good time to make the usually daunting visit to Man City, against a patched-up and unconvincing defence that is without Aymeric Laporte (£6.3m) and (possibly) Ederson (£6.0m). Pulisic missed international action due to a hip injury but it seems precautionary.

No Man City players make this week’s selection. On Merseyside, the potential absence of Salah has only accelerated the swing in popularity from him to teammate Mane. In Gameweek 7, Salah’s 2.89 million owners were almost twice Mane’s 1.46 million. Now, the latter has 9% more owners. Focusing on the top 100k, Salah (20%) is greatly exceeded by Mane (63%). Just like Robertson, Salah missed playing for his country because of a recurring ankle issue, one which made him sit out the 1-1 draw with Man Utd. Mane has scored in two successive matches and faces a Crystal Palace defence which is assumed to be strong but actually leaks goal attempts.

Why does the "Palace have a strong defence myth" persist? 4th worst xGC in the league. I captained Tammy against them this week and I'll likely captain a Liverpool player next week.

Alongside Abraham is Vardy – once again the captain. Brighton keep a steady stream of clean sheets but will be without the suspended defensive rock of Lewis Dunk (£4.6m). Six goals, two assists and 46 points from four games has put Vardy in phenomenal form, something which isn’t wise to bet against. It was anticipated that Pierre-Emerick Aubameyang (£11.0m) would be returning such numbers for the run against Bournemouth (H), Sheffield Utd (a), Crystal Palace (H) and Wolves (H) but he only scored once. Aubameyang may be off-form but he is about to face Southampton – surely a confidence boost to any striker. 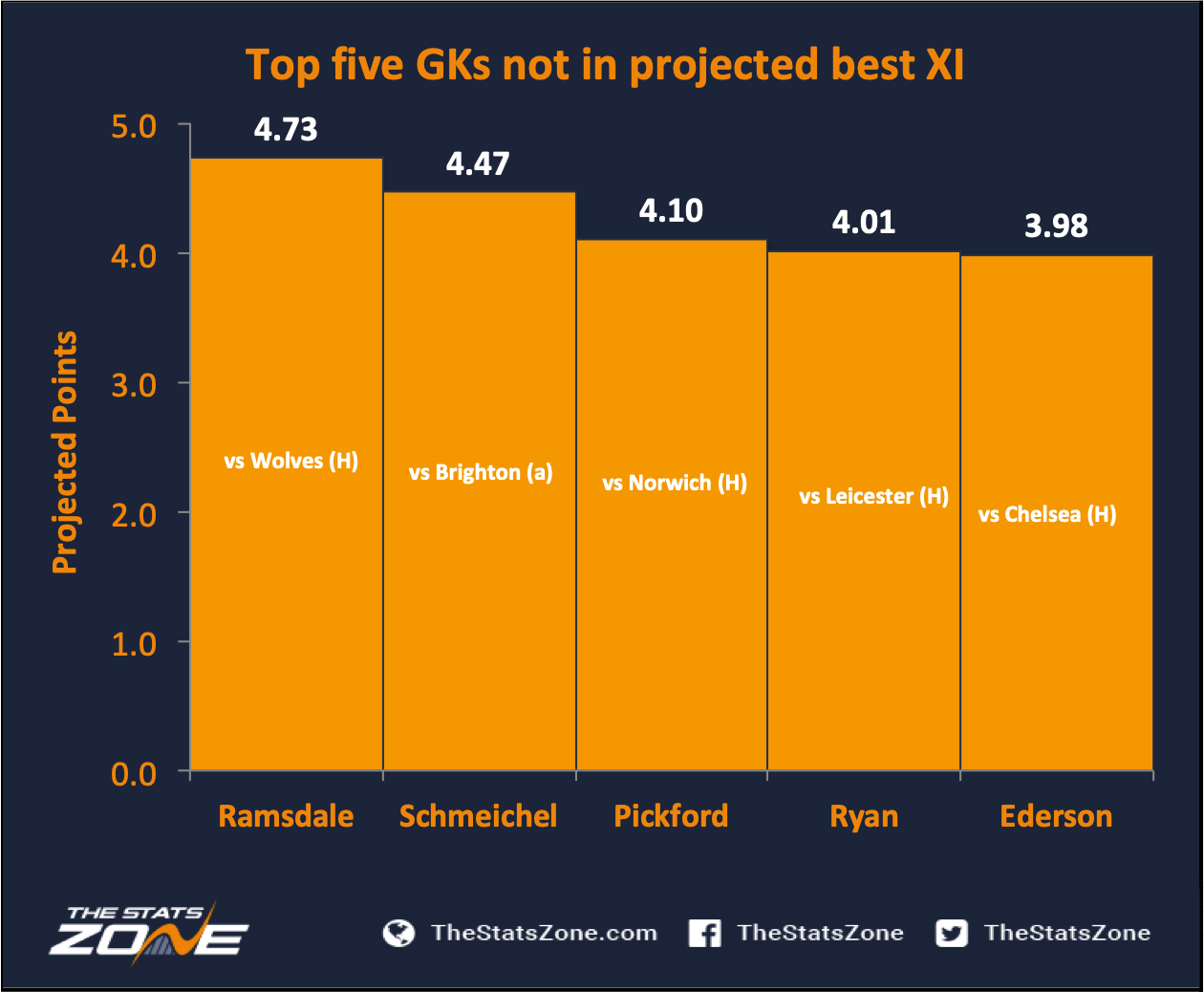 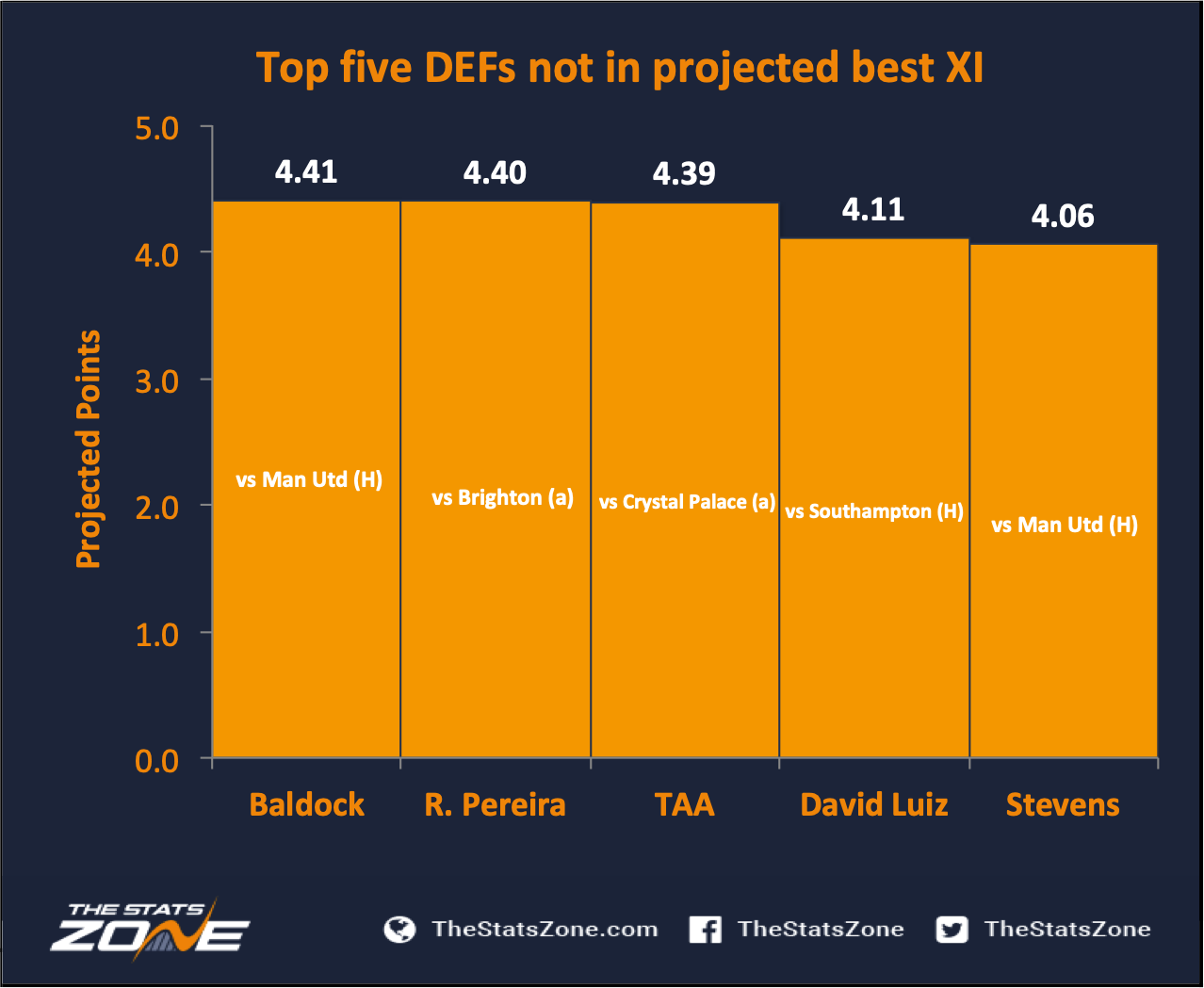 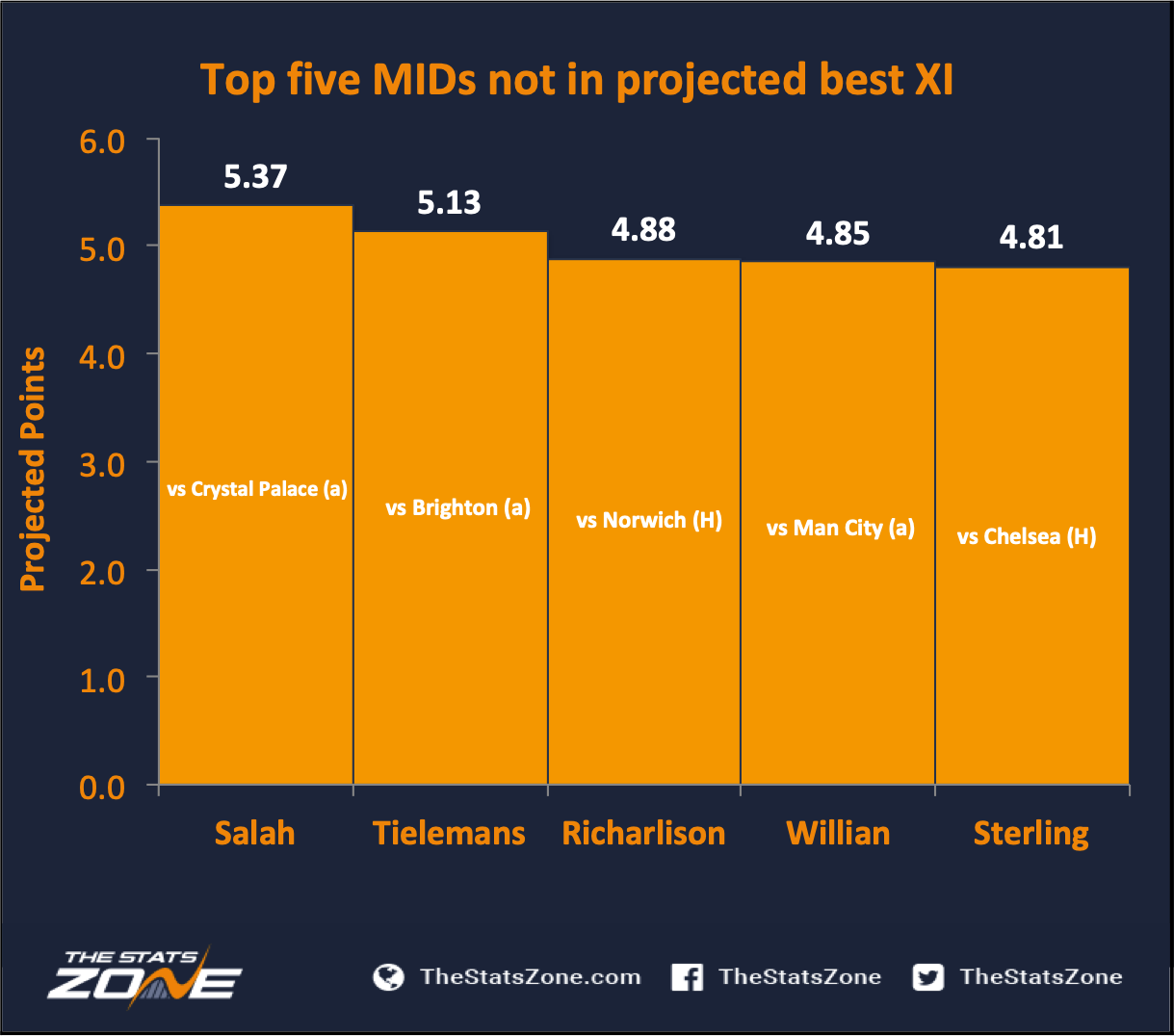 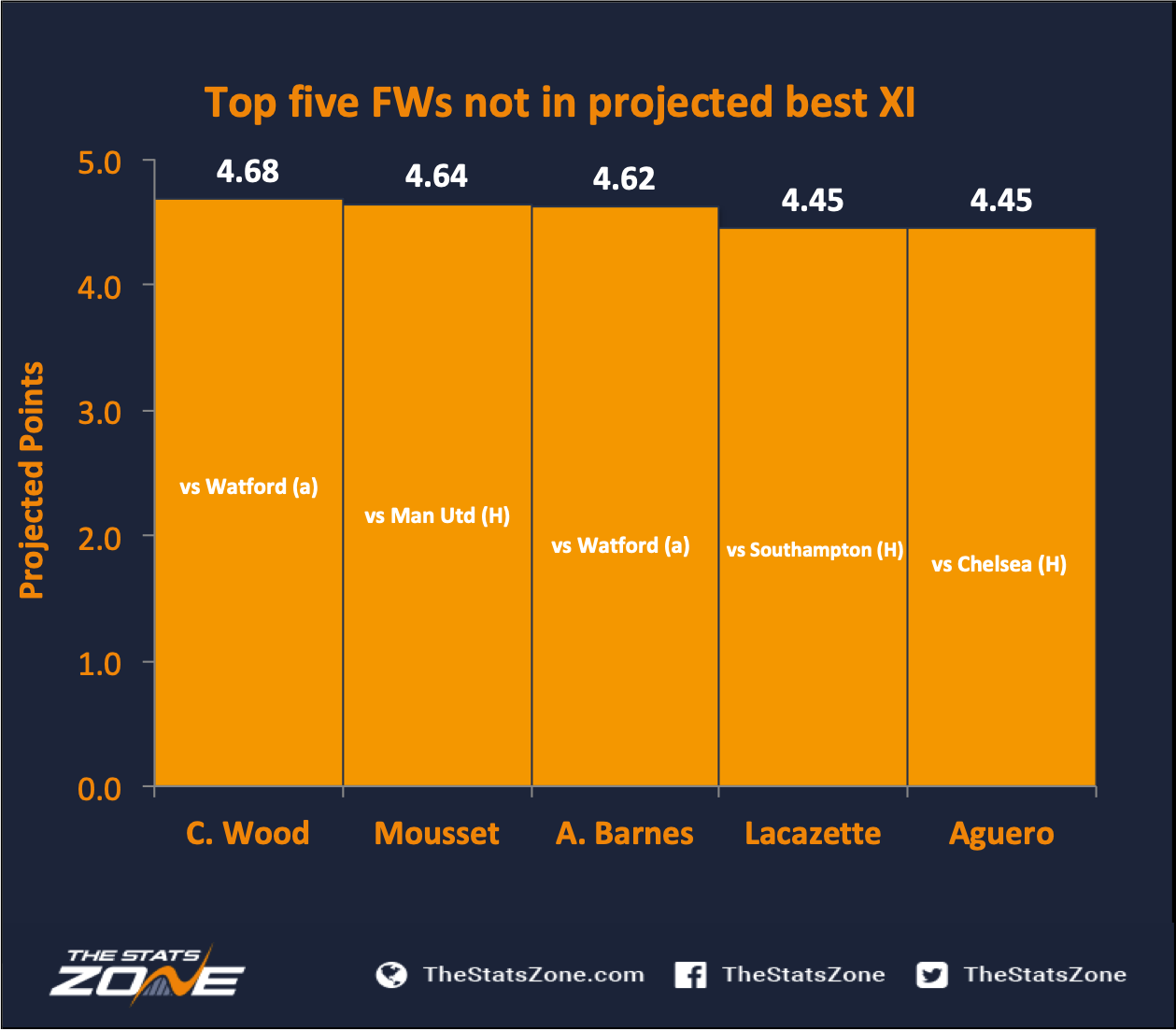