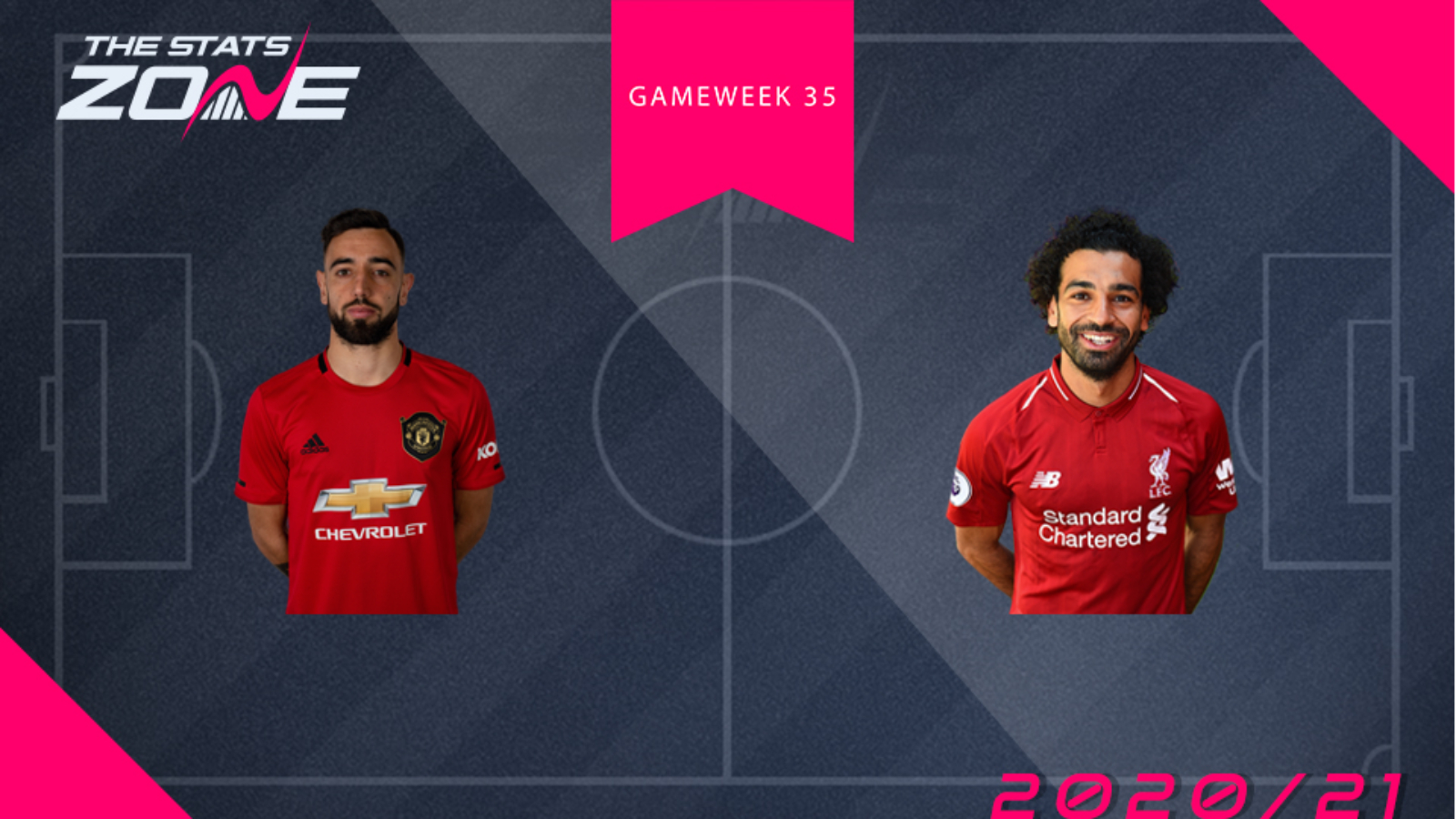 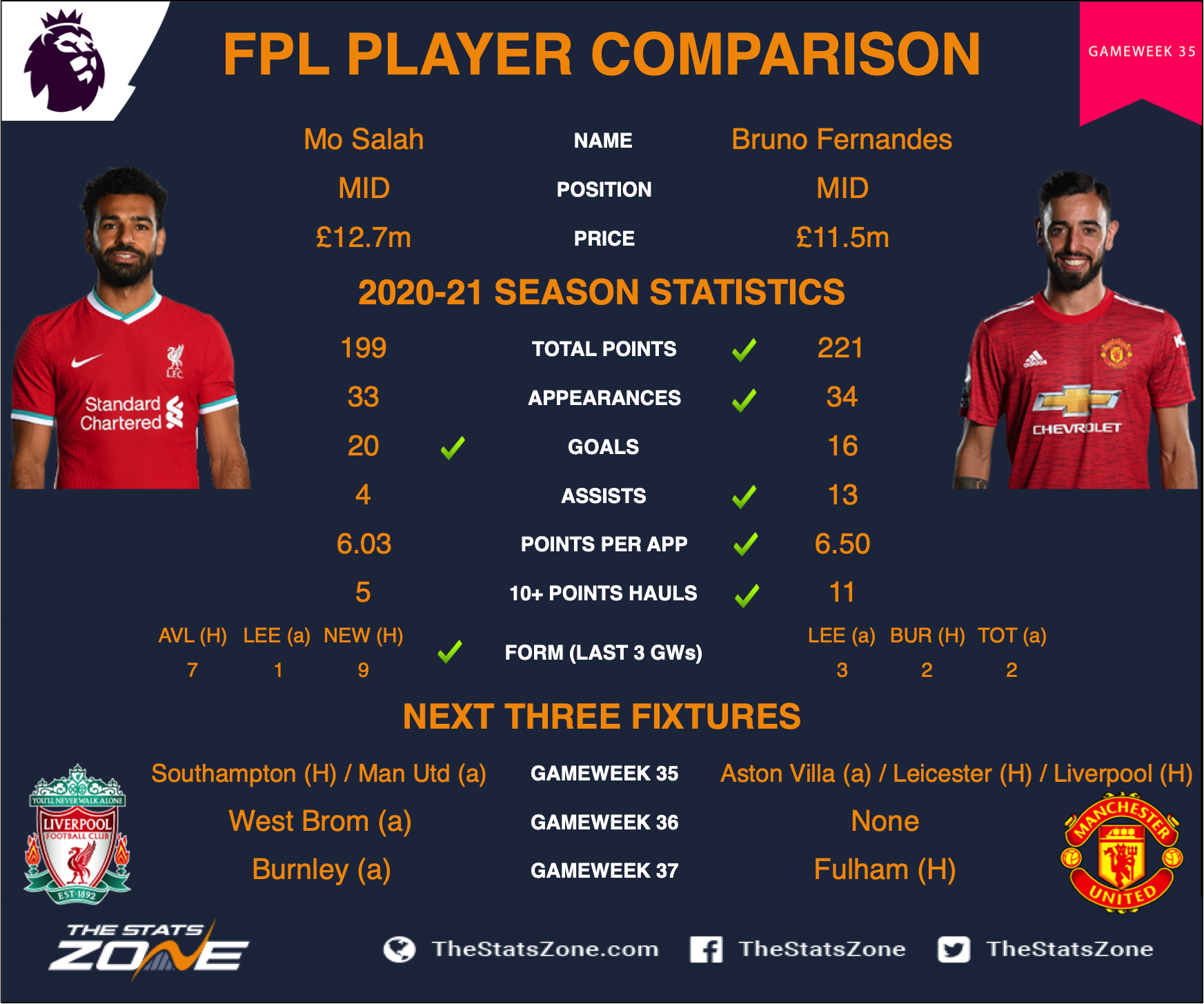 In what was a fairly straight-forward option at the start of the gameweek, the announcement of Man Utd vs Liverpool being rearranged to Thursday night has thrown a rare triple gameweek into the mixer. Man Utd are the team having to play three times in just five days with matches against Aston Villa (a), Leicester (H) and Liverpool (H). Given this development, there is absolutely no doubt that Bruno Fernandes (£11.5m) will be the top captain selection this gameweek, but he is unlikely to feature in all three matches. Despite playing in every Man Utd league game this season, Solskjaer won't want to risk an injury to Fernandes ahead of the Europa League final at the end of the month (presuming they go through). In fact, the only Utd outfield player who likely has a chance of playing all three matches is Harry Maguire (£5.5m). As such, when it comes to the captain selection between Mo Salah (£12.7m) and Fernandes for this gameweek, Salah gets the edge.

The Egyptian is the form player of the two having scored in each of his last three starts, is currently chasing yet another golden boot, has the nicest fixture of the two clubs on paper, and has never failed to score against Southampton when playing for Liverpool at Anfield (five in three matches) and should start both matches given Liverpool’s need to get into those top four places. Given the swathes of FPL managers who will captain Fernandes, Salah will also potentially represent something of a differential, which is incredible given his record.