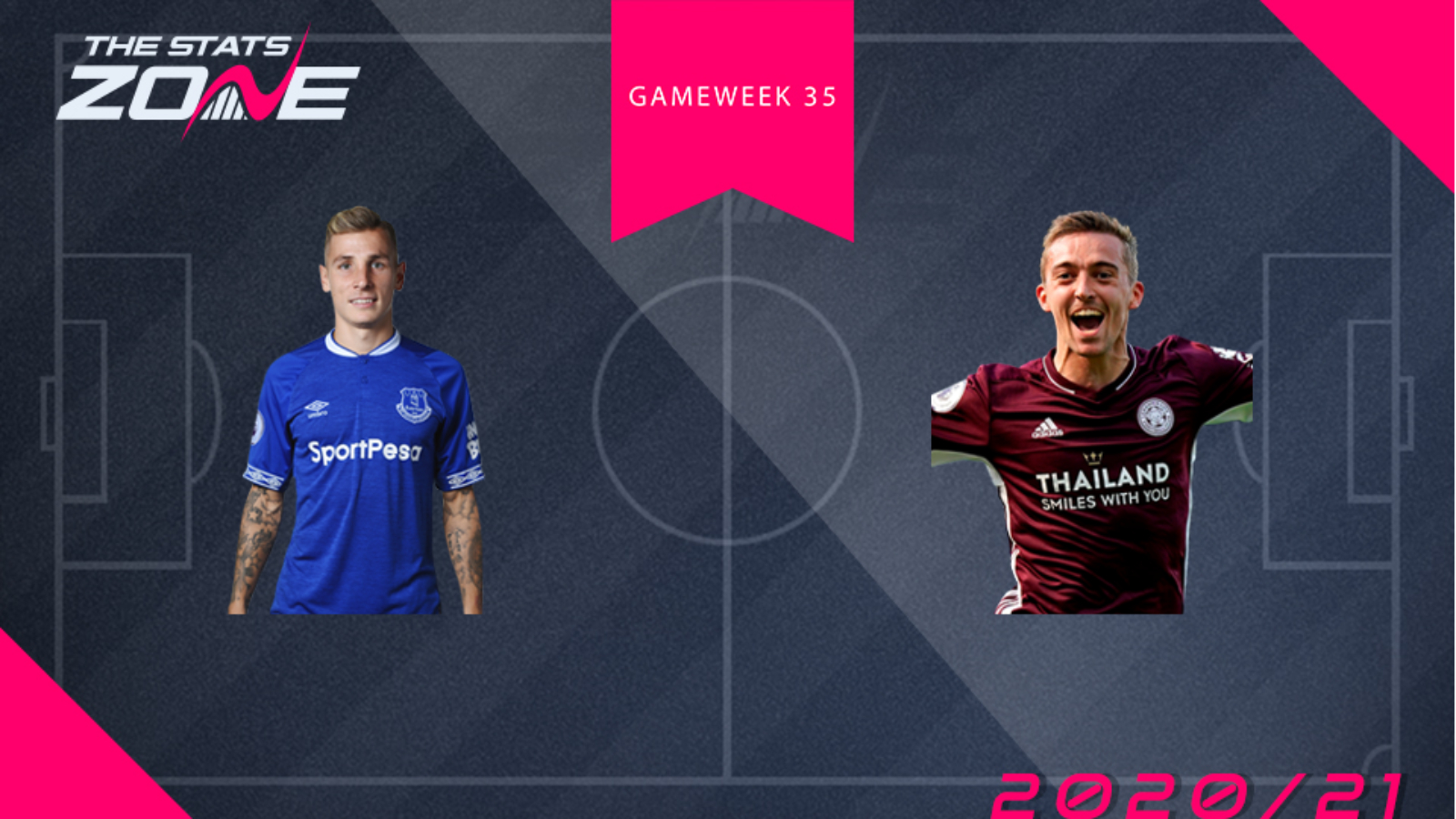 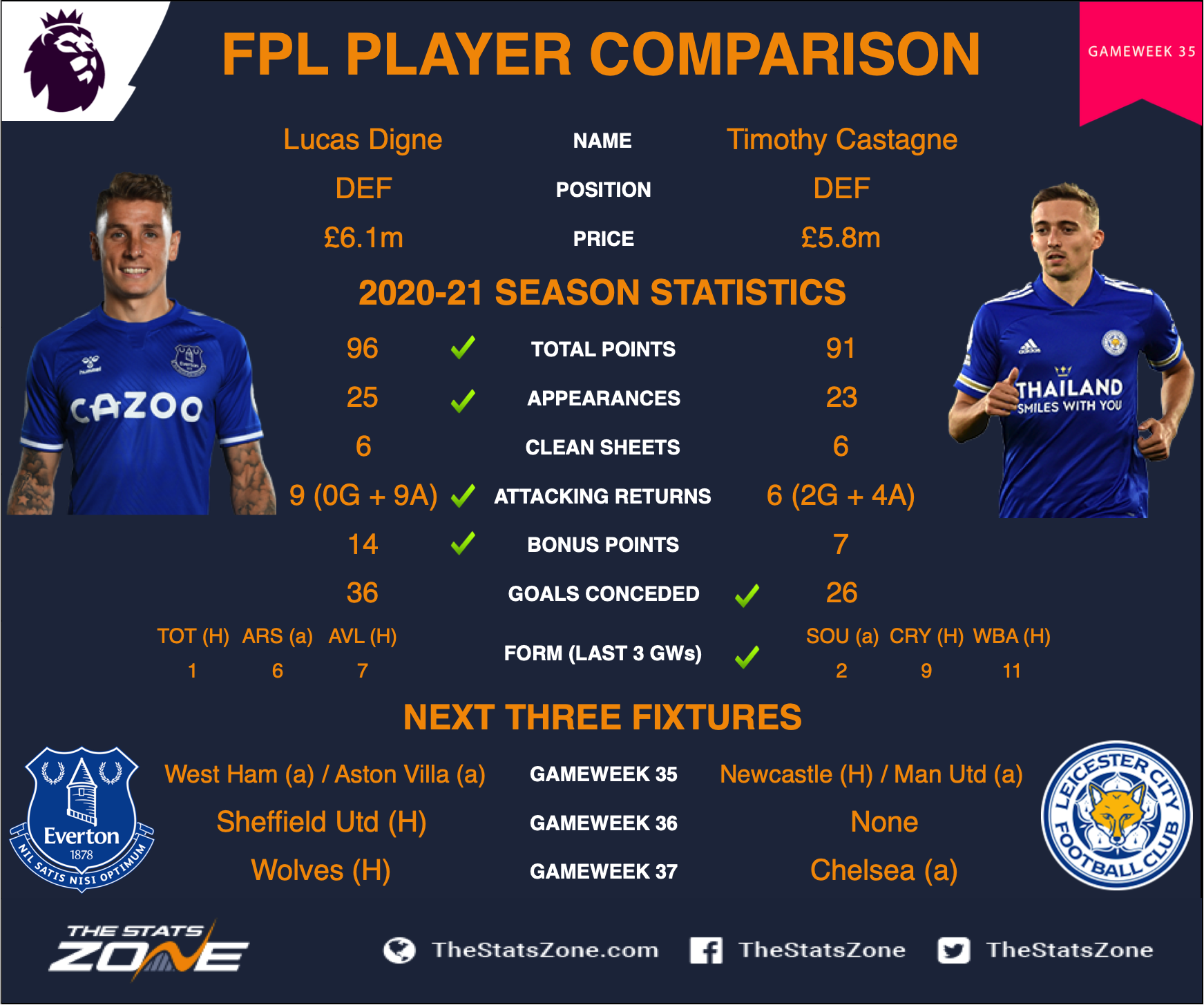 Quite often in double gameweeks defenders who are likely to keep clean sheets coupled to the potential for attacking returns, often end up the overall top scorers. Both Lucas Digne (£6.1m) and Timothy Castagne (£5.8m) represent two options that offer this potential. Only Aaron Cresswell (£5.6m), with ten, has more than Digne’s nine assists so far this season, while Castagne has six goal involvements despite being injured for eleven matches. That’s an average of a goal involvement around every four games. With both looking fairly even in the attacking department, it is the propensity to keep clean sheets that will be the decider on which to select.

Digne and Everton are set to face West Ham and Aston Villa in their two matches. Neither offers excellent security for potential clean sheets. Aston Villa hasn’t failed to score in their last five league matches and put two past Everton just five days ago. For West Ham they’ve only failed to score twice in their last eleven outings and that was against Man Utd and Chelsea. For Leicester a clean sheet would seem unlikely against midweek opponents Man Utd. United last failed to score in the league against Leicester on 31st January 1998 – 24 league games ago. It is the match against Newcastle that therefore decides this matchup. Only bottom of the table Sheffield Utd have scored fewer away from home than the club from Tyneside, a record that can be put down to them failing to find the net in seven of their last eleven away league fixtures.