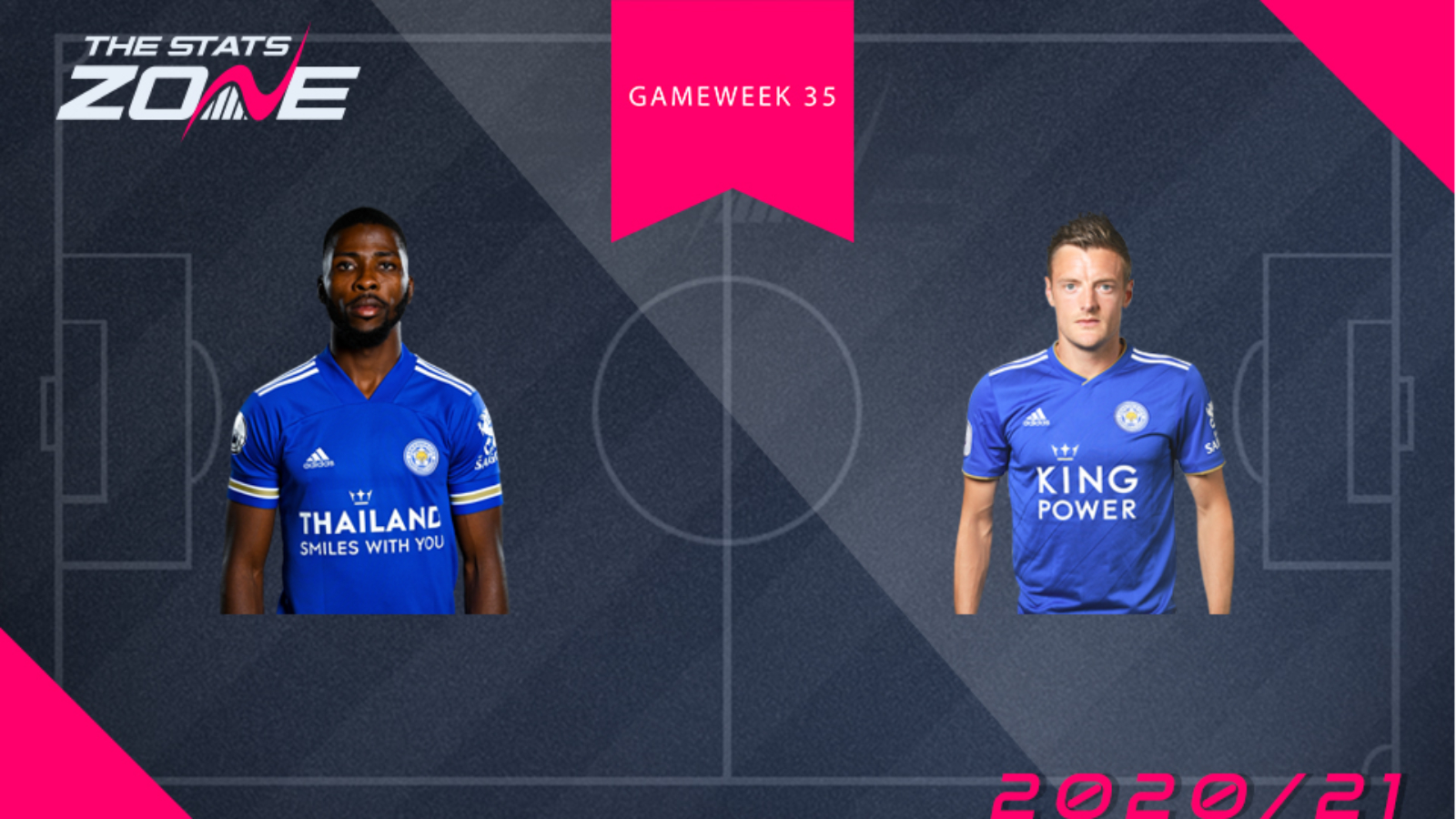 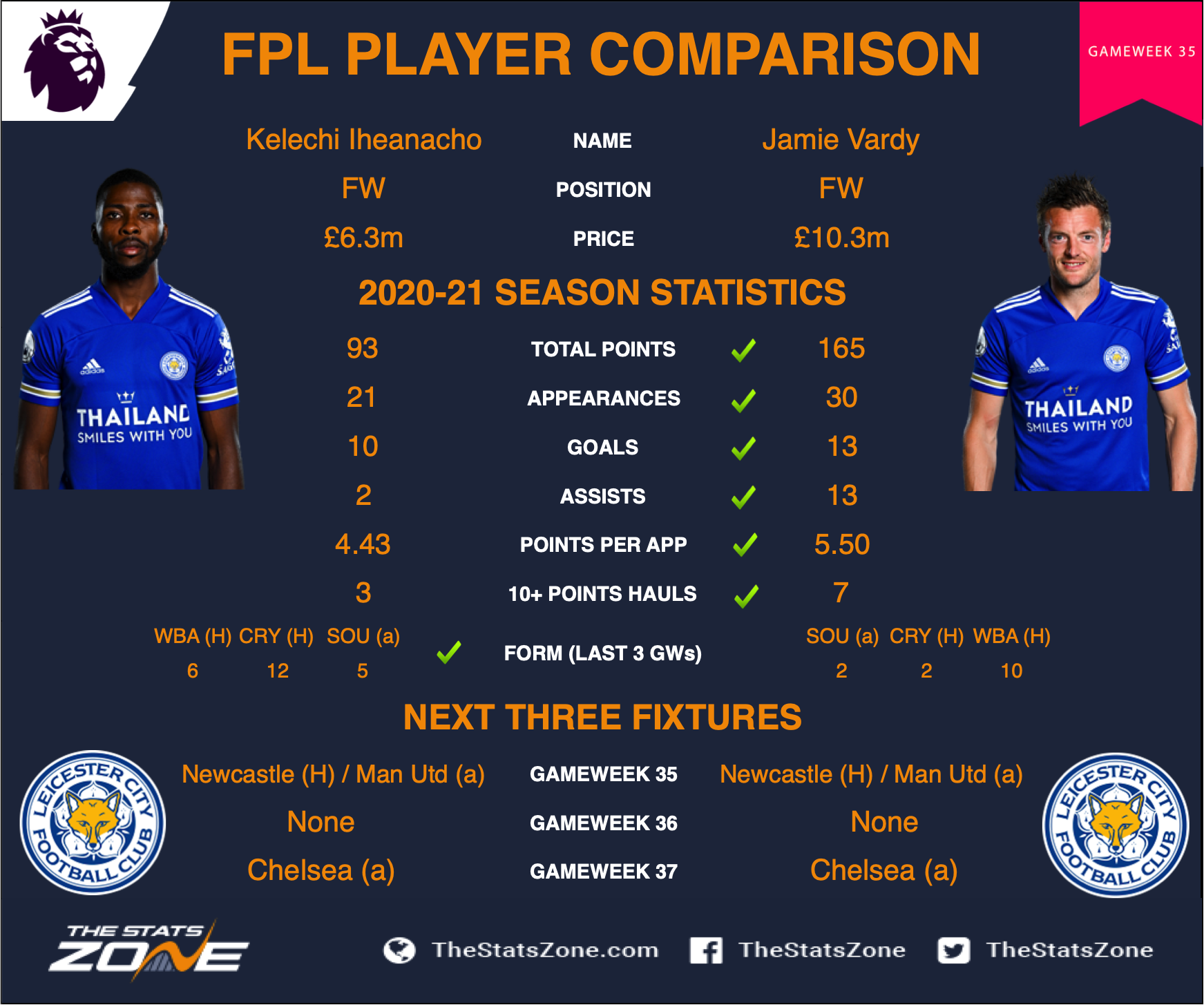 Two Leicester assets who will no doubt feature heavily in teams up and down the country, picking between them is a difficult one ahead of this weekend. When deciding between the two the choice really comes down to trust and more specifically, do we trust Kelechi Iheanacho (£6.3m) to keep up this incredible streak of form he is on? Another goal involvement at the weekend has now seen the Nigerian amass nine goals and two assists in the last eight gameweeks. This has led to 75 points being scored at an average of 9.74 points per gameweek, far above Jamie Vardy’s (£10.3m) current average for the season. Indeed, before the announcement of Man Utd’s triple gameweek there was, and still is, an argument that Iheanacho should be the premier captaincy choice this gameweek.

That said, Iheanacho's current hot-streak is unsustainable and eventually he will start to blank. Likely to start both matches as Leicester look to tie up that top four spot, Vardy has an excellent recent record against first opponents Newcastle. Five goals and two assists in his last eight appearances against the Magpies, Vardy has only blanked twice in that same time period. His record against the top six clubs is equally as impressive and who knows what team United will put out given their hectic schedule over the next week. At best it’ll be a tired first XI, at worst a combination of second string and tired first team. Either way, Vardy’s all action approach will likely serve him well during that second match.