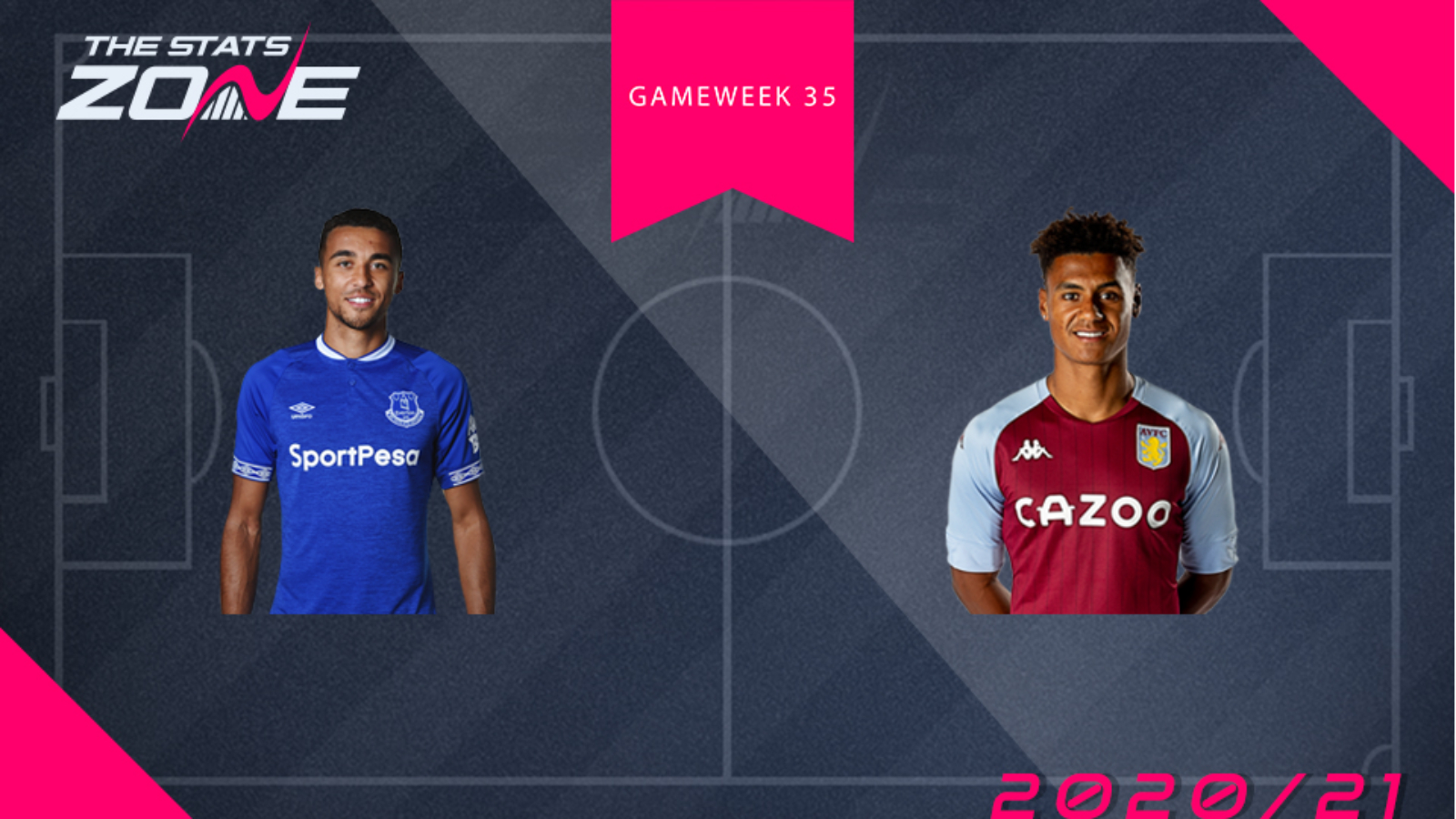 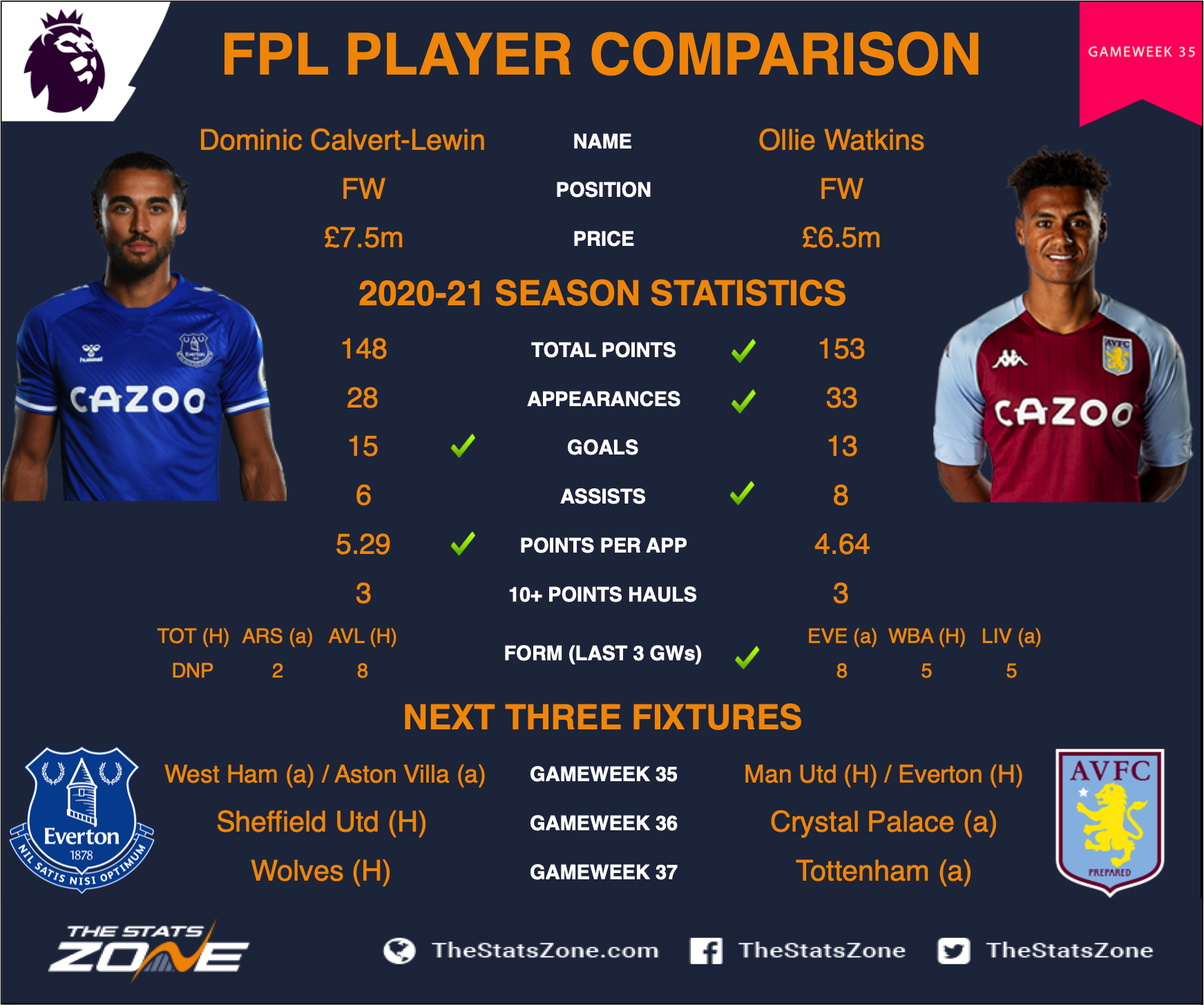 Still ridiculously cheap to own as we enter the last four gameweeks of the season, there’s a strong case that both Dominic Calvert-Lewin (£7.5m) and Ollie Watkins (£6.5m) should be included in your FPL team, particularly given the lack of other reliable strikers to own who play twice (Leicester assets withstanding). Of the two, Watkins is clearly the form player having scored or assisted in each of the last five gameweeks for Villa. Looking further back to GW20, Villa’s frontman has seven goals and four assists in 13 gameweeks, almost double the output of Calvert-Lewin who has just the four goals and two assists to his name in that same time period. The choice would appear to be an obvious but I just can’t get away from thinking Calvert-Lewin will outscore Watkins in GW35. Seemingly back to full-fitness following his recent time in the treatment room, the Everton frontman has already scored against both Aston Villa and West Ham so far this season. His one goal against Villa the other week, coupled to the hat-trick he scored against West Ham in the Fourth Round of the EFL Cup, would have been good for 20 points if both were played in a double gameweek and that’s before bonuses had been added. Furthermore, in six matches against the current top four (Man City, Man Utd, Leicester and Chelsea), Watkins has failed to find the net once, scoring two points each time. That would appear to set him up for a blank against United and needing to do all his business against the Toffees.