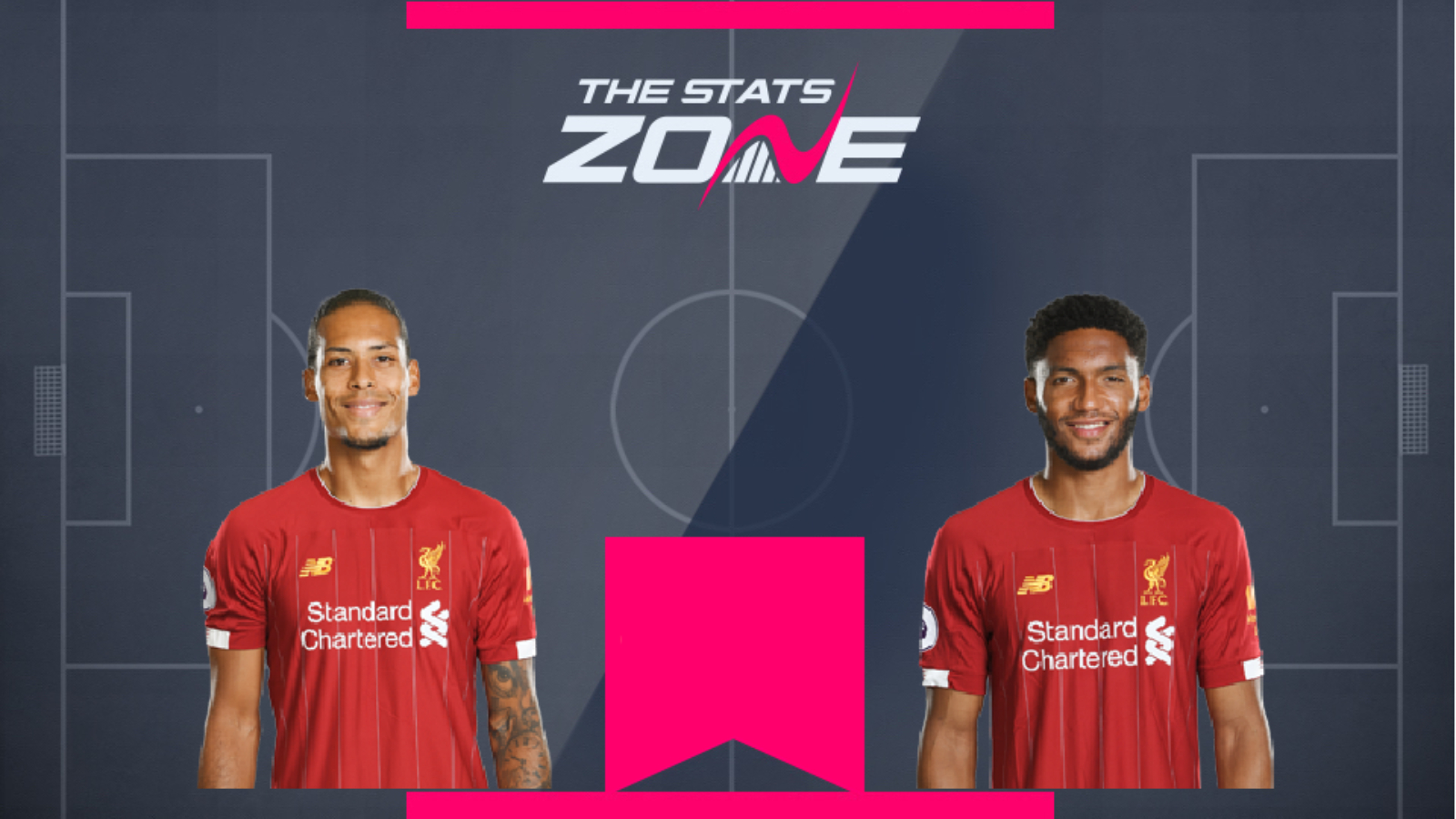 This head-to-head sees us compare the season so far of two Liverpool defenders who have made up part of a Liverpool backline that has dominated the Premier League this season. The Reds are still 25 points clear at the top of the Premier League, and both Virgil van Dijk (£6.6m) and Joe Gomez (£5.3m) have played a key part in that.

Van Dijk has appeared in all 29 of Liverpool's league games this season, keeping 12 clean sheets. He's been lucrative at the other end of the pitch as well, scoring four times and registering one assist. He has a total of 12 bonus points and has acquired a score of 141 FPL points over the last 29 gameweeks.

Gomez has only featured 19 times in the Premier League having fallen out of favour early on in this season. However, since regaining his place Gomez has showed the same form he made last season to keep his spot and rack up the FPL points. Liverpool have conceded only five times in the league whilst Gomez has played. He has ten clean sheets and a total of 76 FPL points.

Gomez was originally priced at £5.5m compared to Van Dijk's £6.5m which suggests that long term, Gomez could have proven better value. However, he simply doesn't pose the attacking threat that Van Dijk does and that is why the Dutchman has proven such a strong FPL asset despite his high price. As the second-highest scoring defender in FPL, we have no choice but to favour Van Dijk in this one. 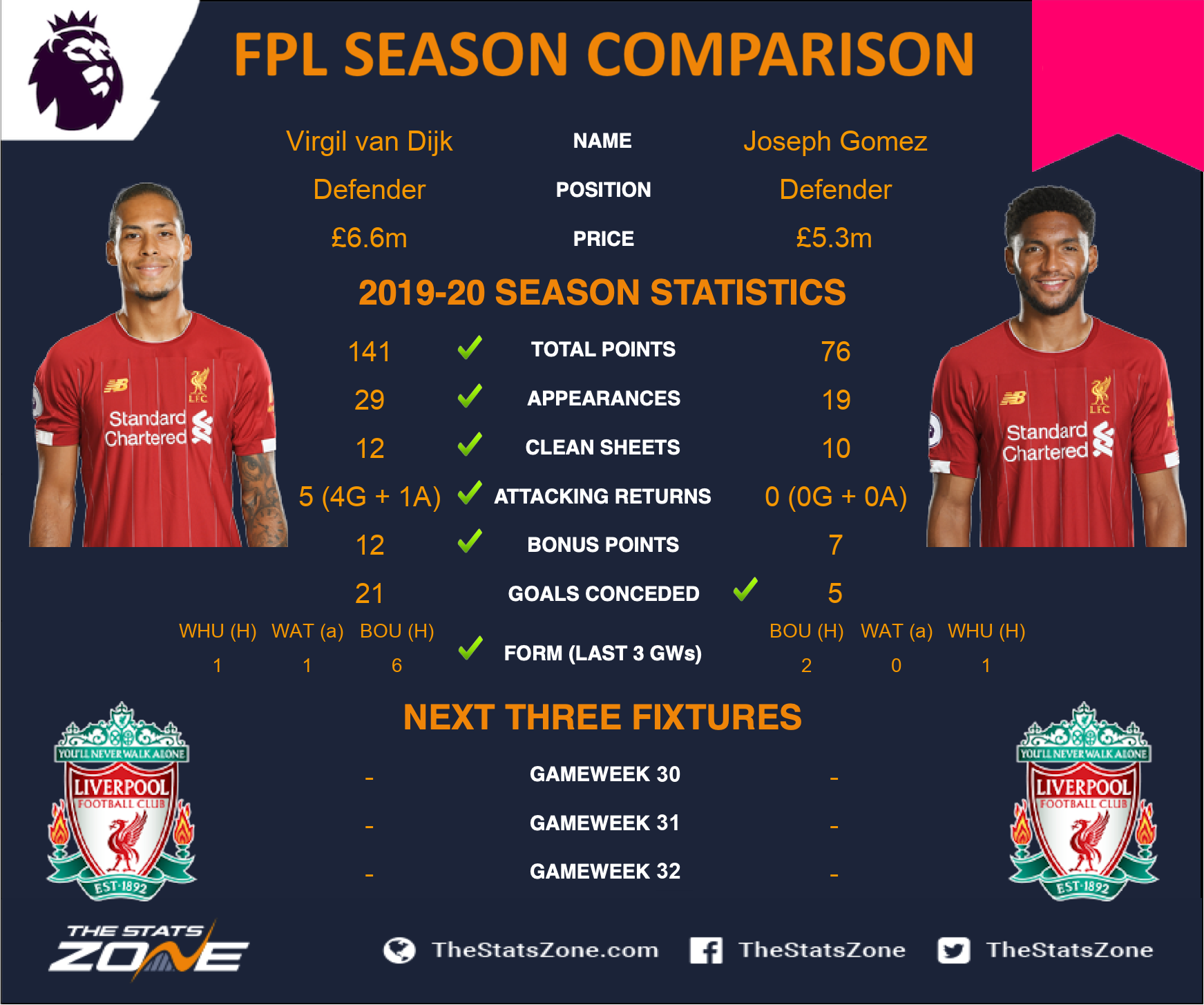