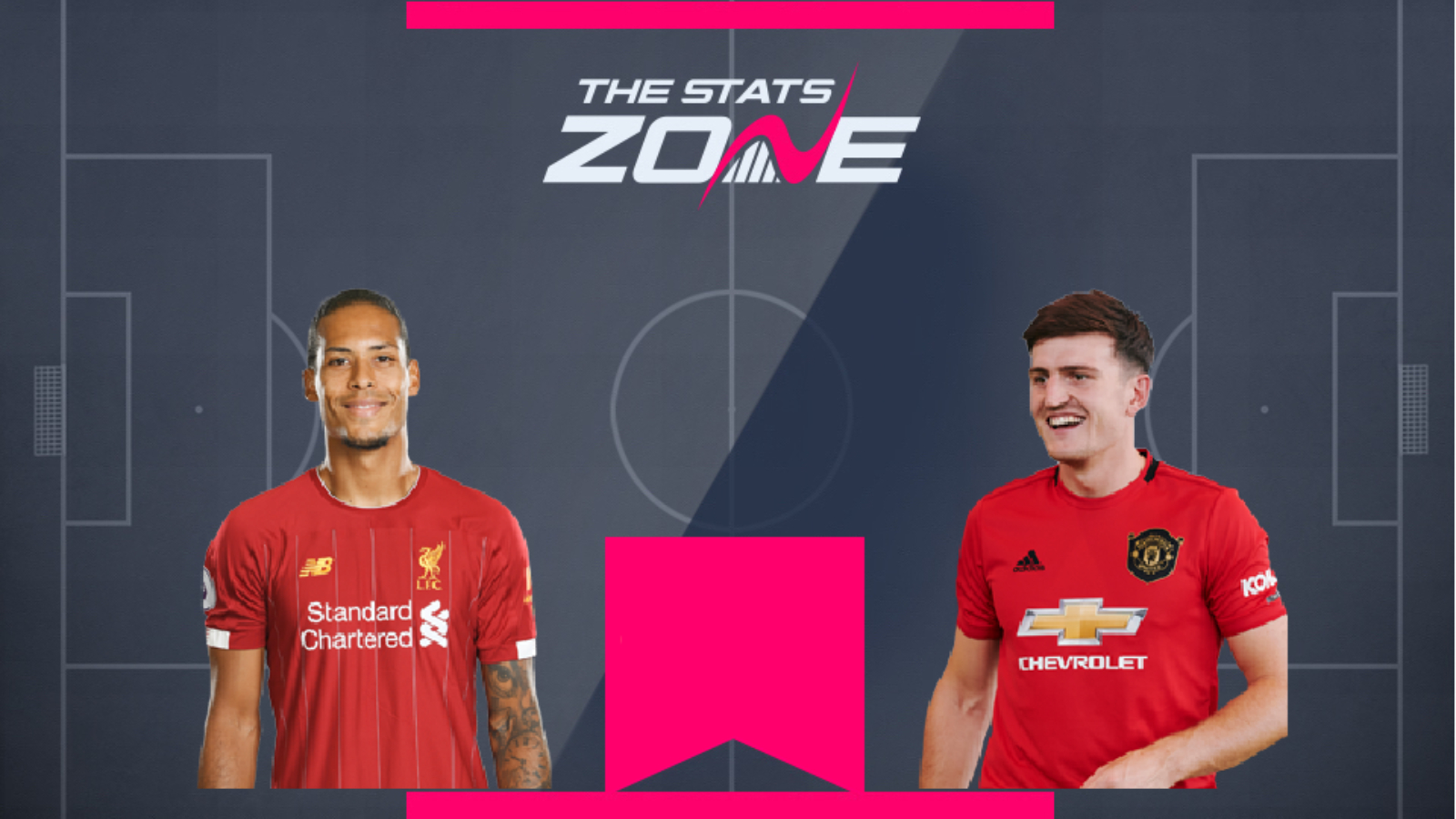 Two central defensive powerhouses are in focus here as Liverpool's Virgil van Dijk (£6.6m) is matched up with Man Utd captain Harry Maguire (£5.3m). Liverpool currently sit top of the Premier League, a full 25 points clear of their nearest rivals Man City, whilst Man Utd are in 5th place and not having the season they would have hoped for.

Van Dijk has shone both from a performance point of view and an FPL point of view all season as he continues to establish himself as arguably the best central defender in the world. An ever-present in a Reds defence that has kept 12 league clean sheets so far this season, the Dutch international also has five attacking returns, four goals and an assist, and has only conceded 21 goals to acquire a total of 141 FPL points.

Maguire had picked up in form over the past few weeks after a disappointing start to life at Man Utd from an FPL perspective. Also an ever-present, Maguire has been part of a United defence that has kept eight clean sheets, with four of those coming in their last six league games. Maguire has only found the net once despite being a constant threat from set pieces.

Van Dijk has accrued a whopping 52 FPL points more than Maguire over the course of this season. Despite being priced at £1.0m higher than the Englishman at the start of the campaign, that damning statistic cannot be ignored. Therefore, it is the Liverpool man who comfortably comes out on top here. 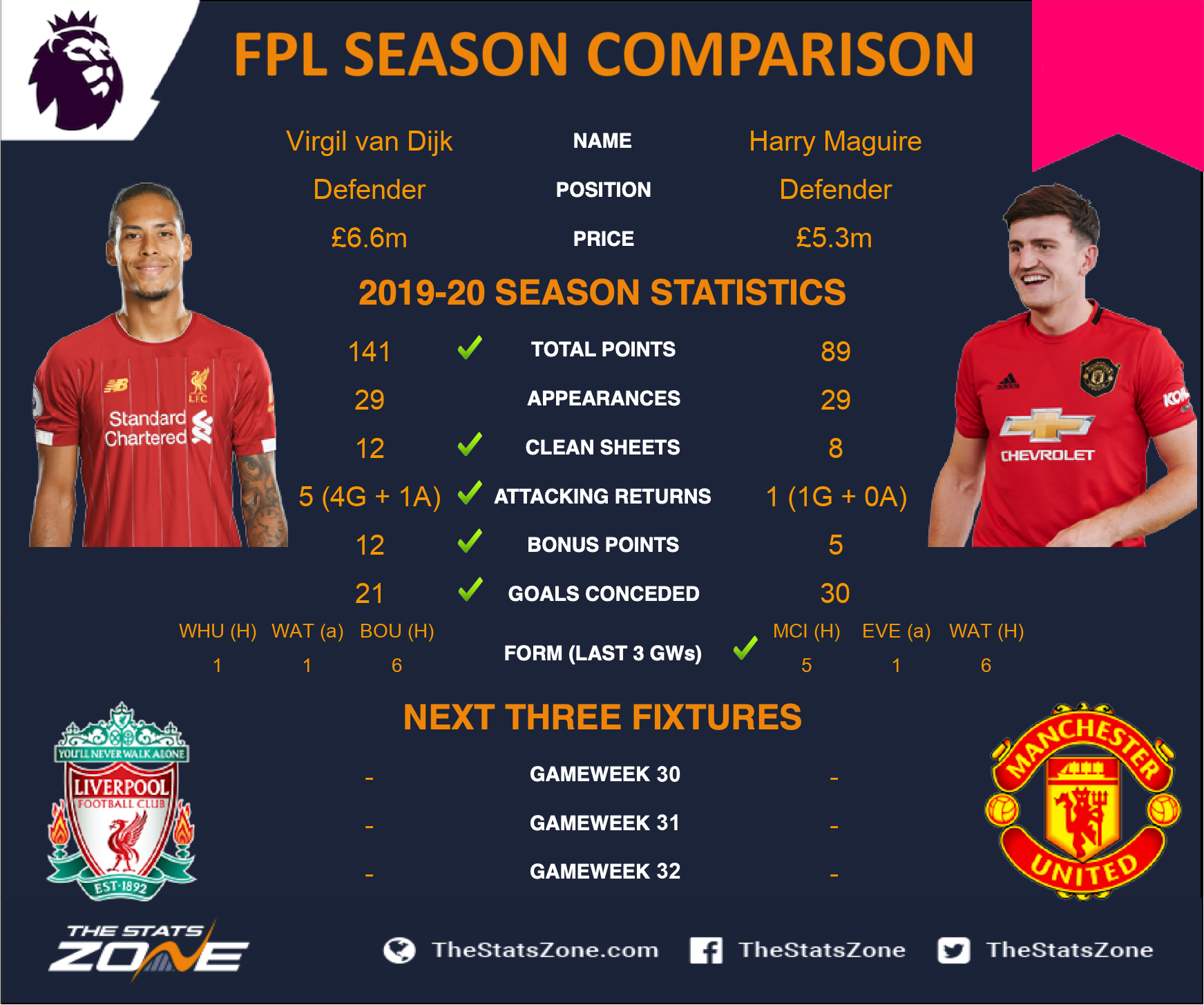