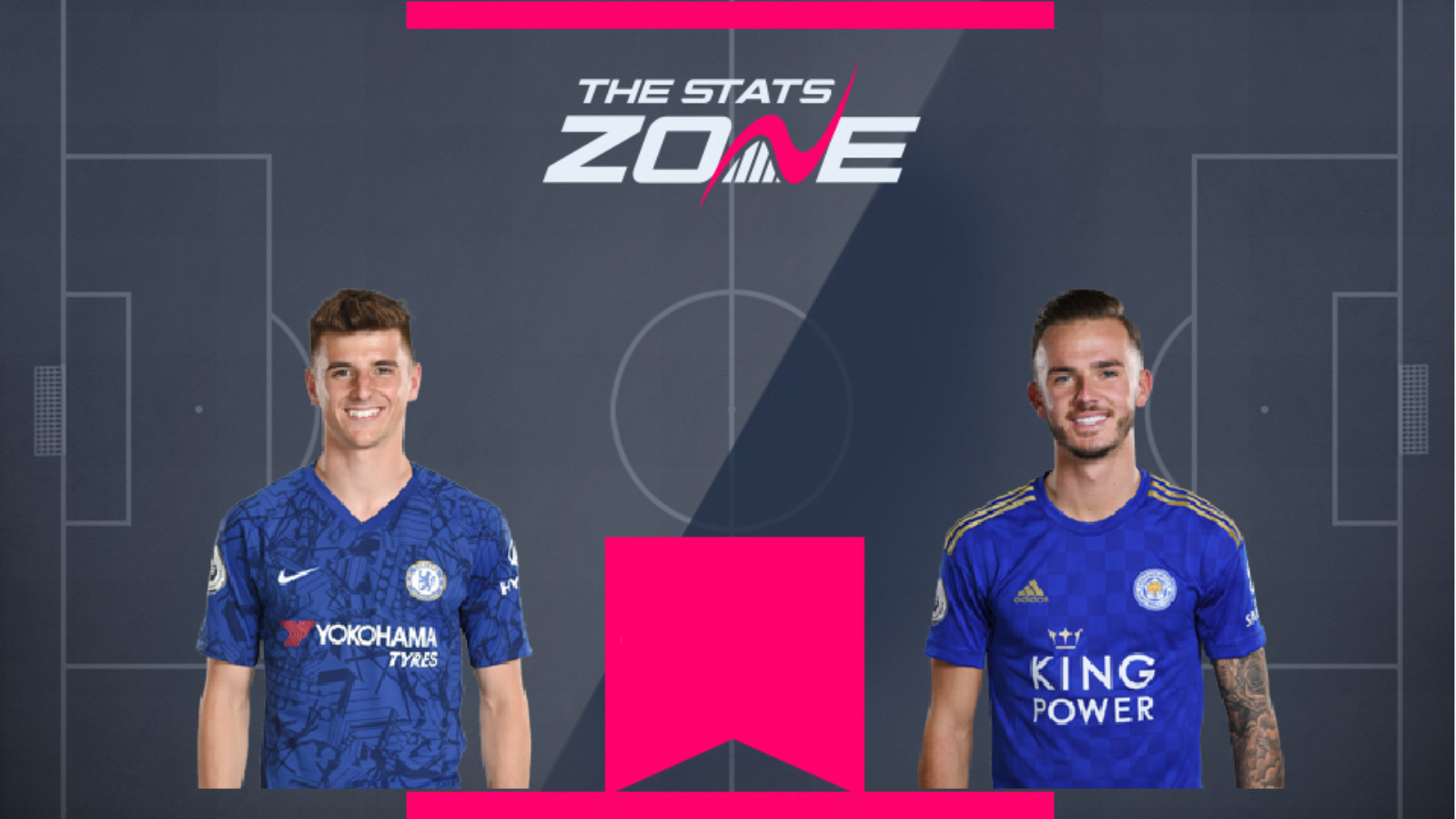 Two creative Fantasy Premier League midfielders are in the spotlight here as we analyse the performances of Chelsea's Mason Mount (£6.1m) and Leicester's James Maddison (£7.5m). Both teams are currently sat within the Champions League places and we assess which of these two have represented the better FPL value after 29 gameweeks.

Mount has had a lot of trust placed in him by Chelsea manager Frank Lampard, who has thrust Mount into the spotlight of all 29 league games so far this season. He has repaid the faith of his manager by registering 11 attacking returns (six goals and five assists). He has racked up 111 FPL points with two 10+ point hauls.

Maddison, however, has accrued eight more FPL points than Mount despite appearing in one less game. Also having registered six goals and five assists, Maddison has gained 14 bonus points compared to Mount's eight points. This, along with Leicester's penchant for keeping clean sheets has likely made up the difference in points between the two players.

So to sum it up, very little separates the two players. Whilst Maddison has slightly more FPL points to his name, Mount was priced at £1.0m cheaper at the start of the season. Whilst you can make a case for both, we're edging towards Mount due to his cheaper price-tag. We see him as being marginally better value than Maddison over the course of the campaign. 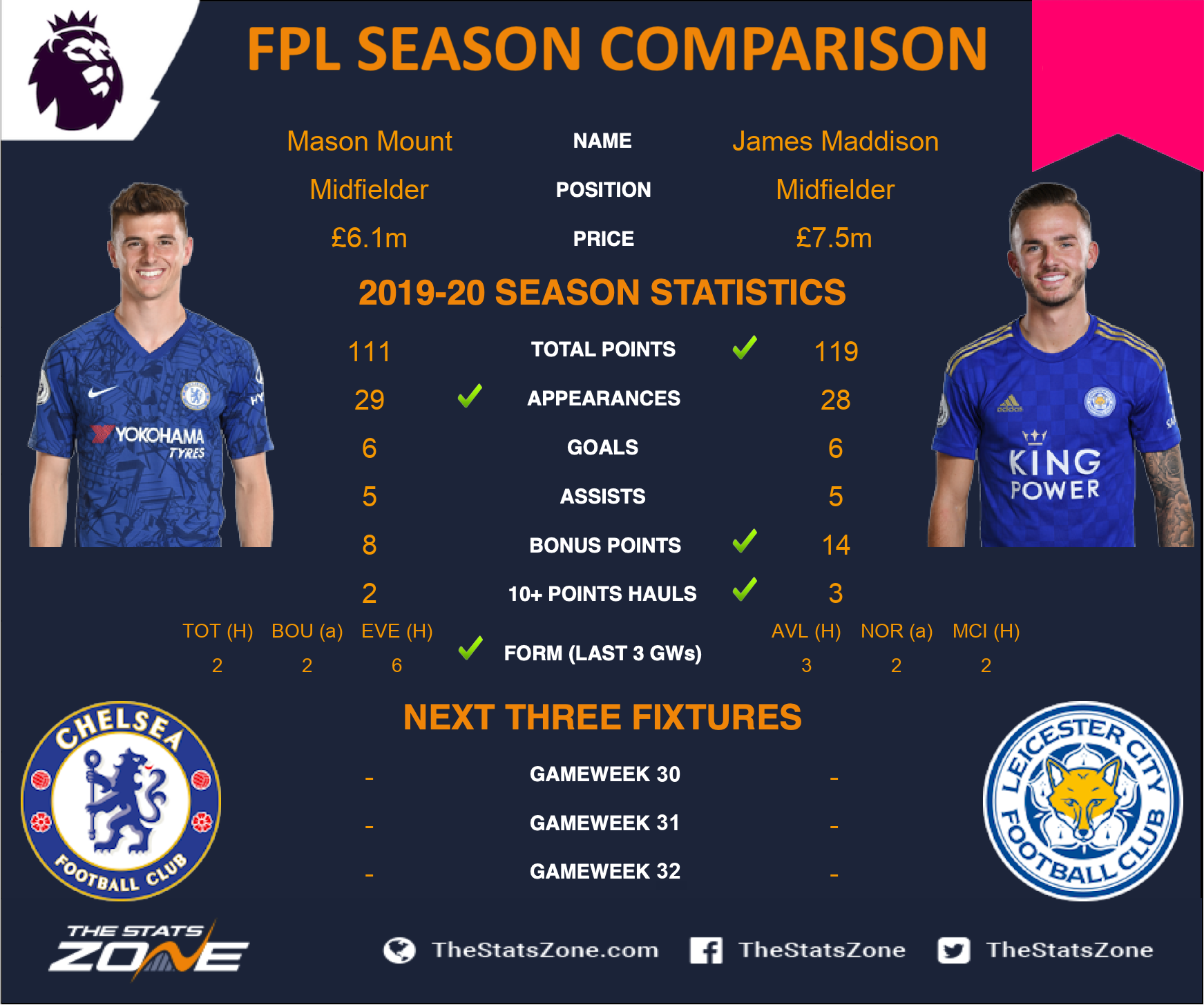