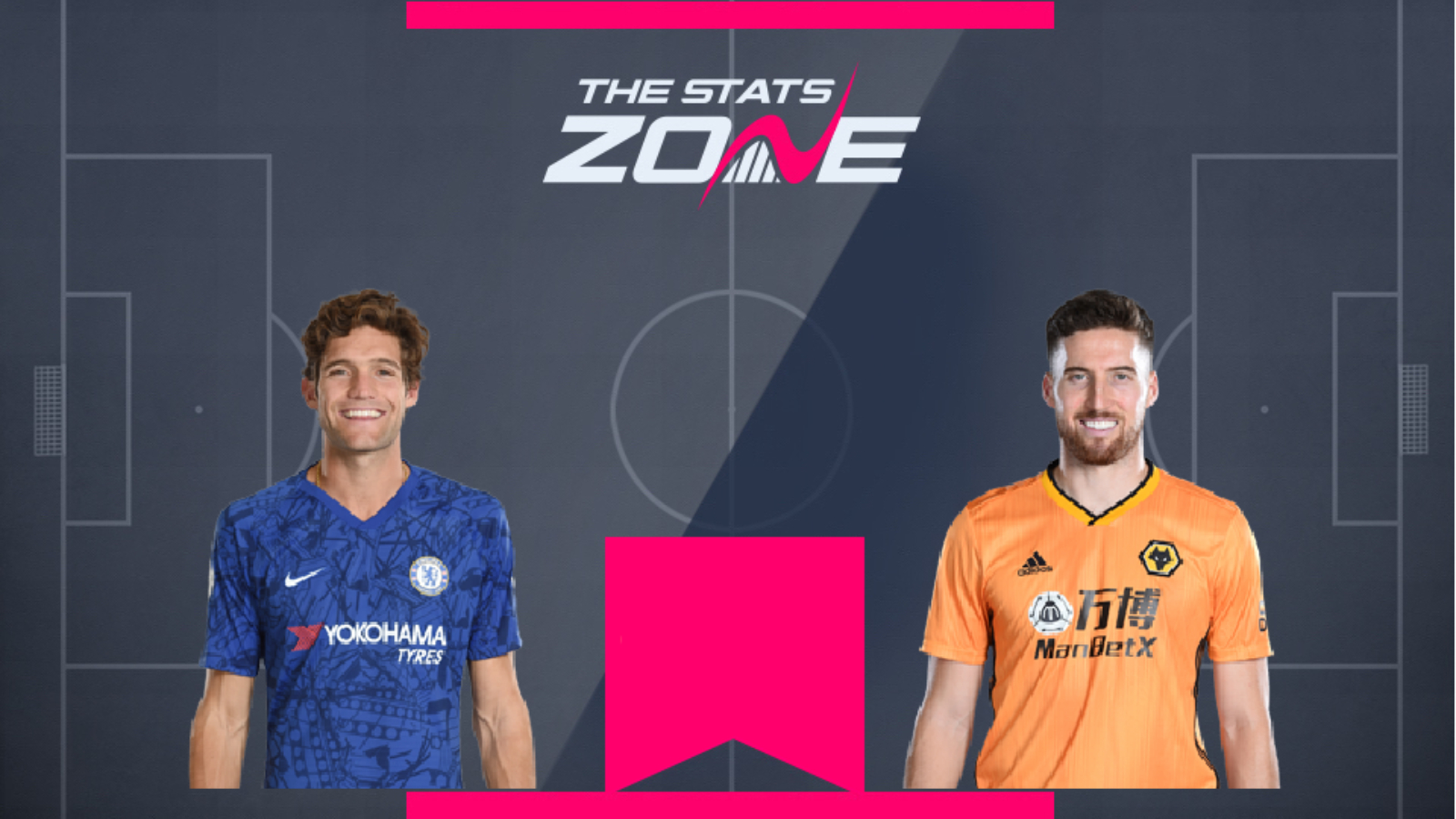 Two of the Premier League's most attacking, flying full-backs are Chelsea's Marcos Alonso (£6.1m) and Wolves' Matt Doherty (£6.3m). The two defenders have racked up a total of 194 FPL points between them over the course of the season. Which of them, however, has proven the more valuable FPL asset.

Alonso has suffered from a chronic lack of game time this season, making only 11 Premier League appearances for the Blues. However, when on the pitch he has more than made up for that absence. Seven attacking returns, including four goals and three assists, alongside five clean sheets makes his 77 FPL points accrued over those 11 games even more impressive.

Doherty has had far more minutes than Alonso, featuring in 27 of the 29 gameweeks played, and that is reflected in his FPL score of 117 points - a full 40 points more than the Chelsea left-back. However, it is an impressive score in its own right with the right wing-back scoring four times for Wolves this season, assisting a further five goals and keeping seven league clean sheets.

Comparing the two is difficult considering the difference in game time between the two. Alonso has proven devastating whenever he has featured for Chelsea but the risk that involves his selection cannot be ignored, whereas Doherty is a guaranteed starter for Wolves. Take into account his £0.5m cheaper original price and we've decided to just give him the edge in this head-to-head. 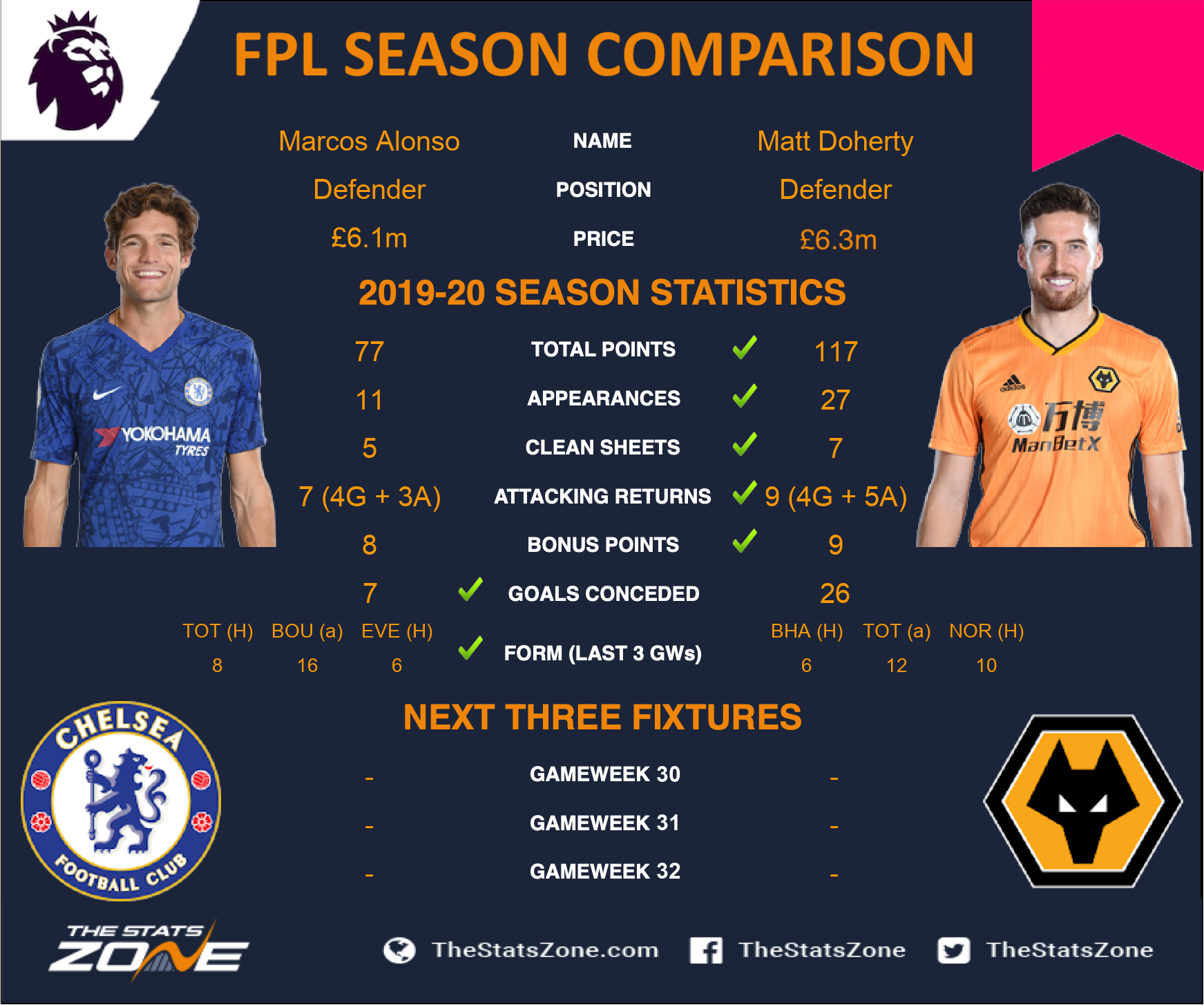