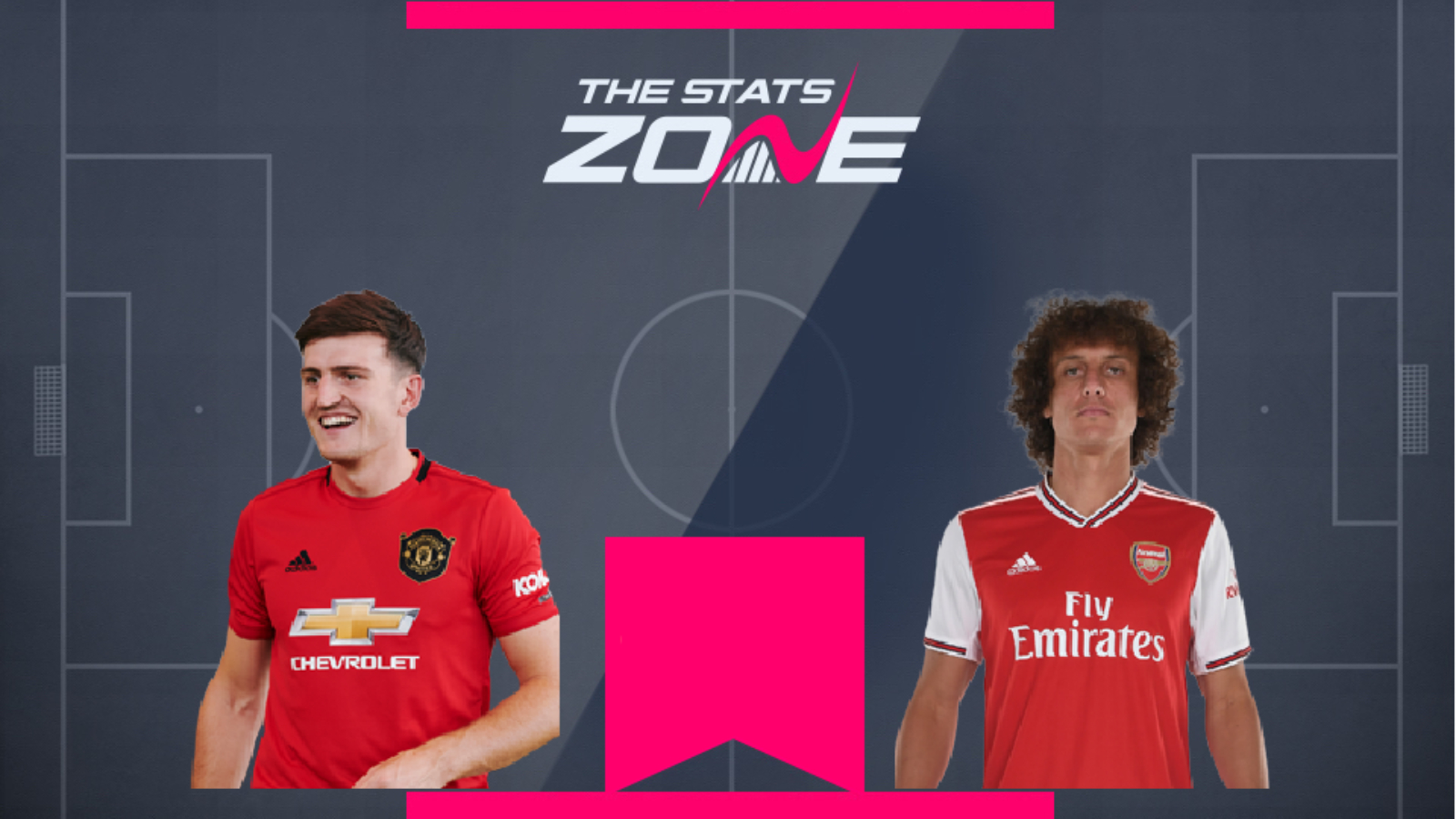 Two central defenders come under the microscope here as we match up Man Utd's Harry Maguire (£5.3m) and Arsenal's David Luiz (£5.7m). Both defenders have shown a penchant for scoring goals in previous seasons but have they shown that in this campaign?

Maguire has been part of a defence that has kept eight clean sheets for Man Utd over the last 29 Gameweeks. He has registered only one goal however and has conceded 30 league goals. Overall, he has earned a total of 89 bonus points.

Luiz has gained more attacking returns than Maguire, scoring twice with one assist. However, the Brazilian only has six clean sheets to his name with 32 goals conceded. He has accrued 79 FPL points so far, 10 less than Maguire.

As the cheaper FPL asset and with more points over the course of the season, Man Utd's Maguire, despite perhaps not having the season he would have liked, has proven a better Fantasy Premier League asset than Luiz. There is scope for the Man Utd captain to get better too, as he aims to increase his goal tally. 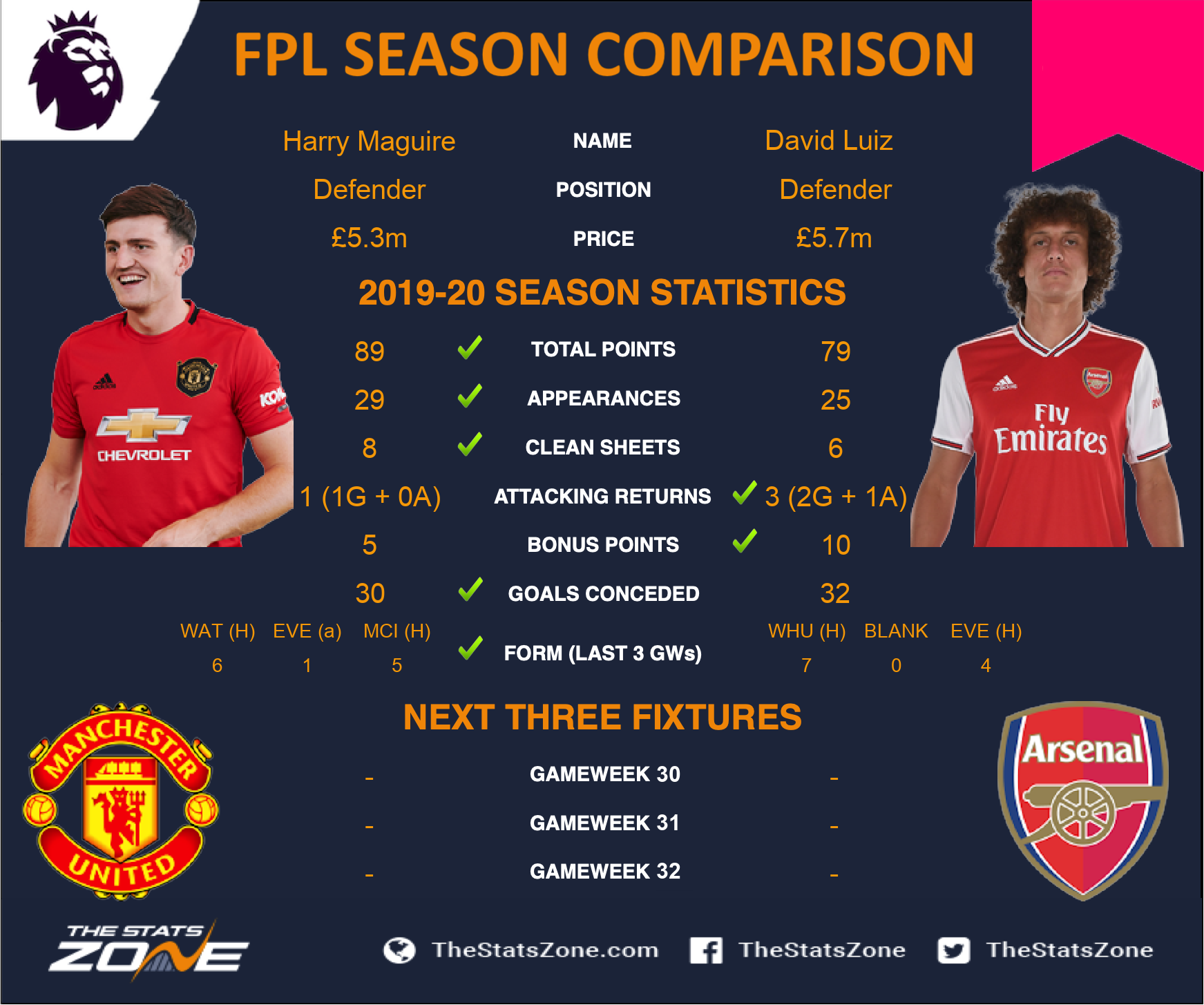