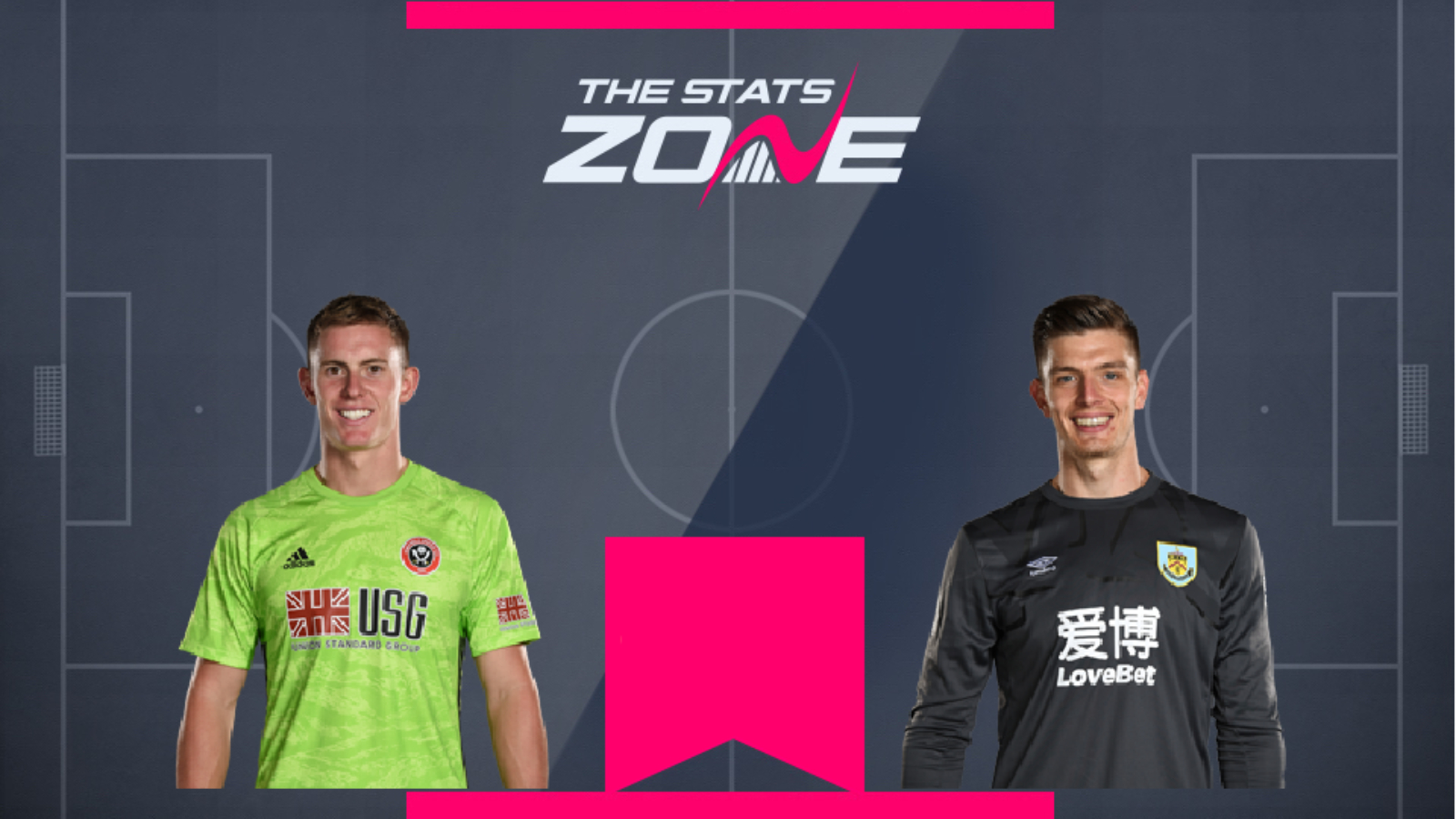 Sheffield Utd's Dean Henderson (£5.2m) and Burnley's Nick Pope (£4.9m) have stood out as two of the best goalkeepers in the Premier League this season. Both harbouring England ambitions and both raking in the clean sheets over the course of the last 29 gameweeks. The question is, which of the two has proven the better FPL asset?

Henderson has kept 10 clean sheets in 27 appearances for the Blades with a total of 70 saves. Conceding only 22 goals, the Man Utd loanee has had a superb introduction to life in the Premier League from both a performance and an FPL perspective, accruing 122 FPL points so far.

Pope meanwhile has gone one better, albeit having made two further appearances than Henderson. A total of 11 clean sheets, including 89 saves and 17 bonus points, Pope has accumulated 128 FPL points thus far. He has however conceded 18 more goals than Henderson.

Both players were priced at a modest £4.5m at the start of the season and therefore must be judged on their overall points accumulation. With a higher amount of saves, clean sheets and bonus points, we're giving Pope the edge here, although we do acknowledge that things could have been different had Henderson played as many games. 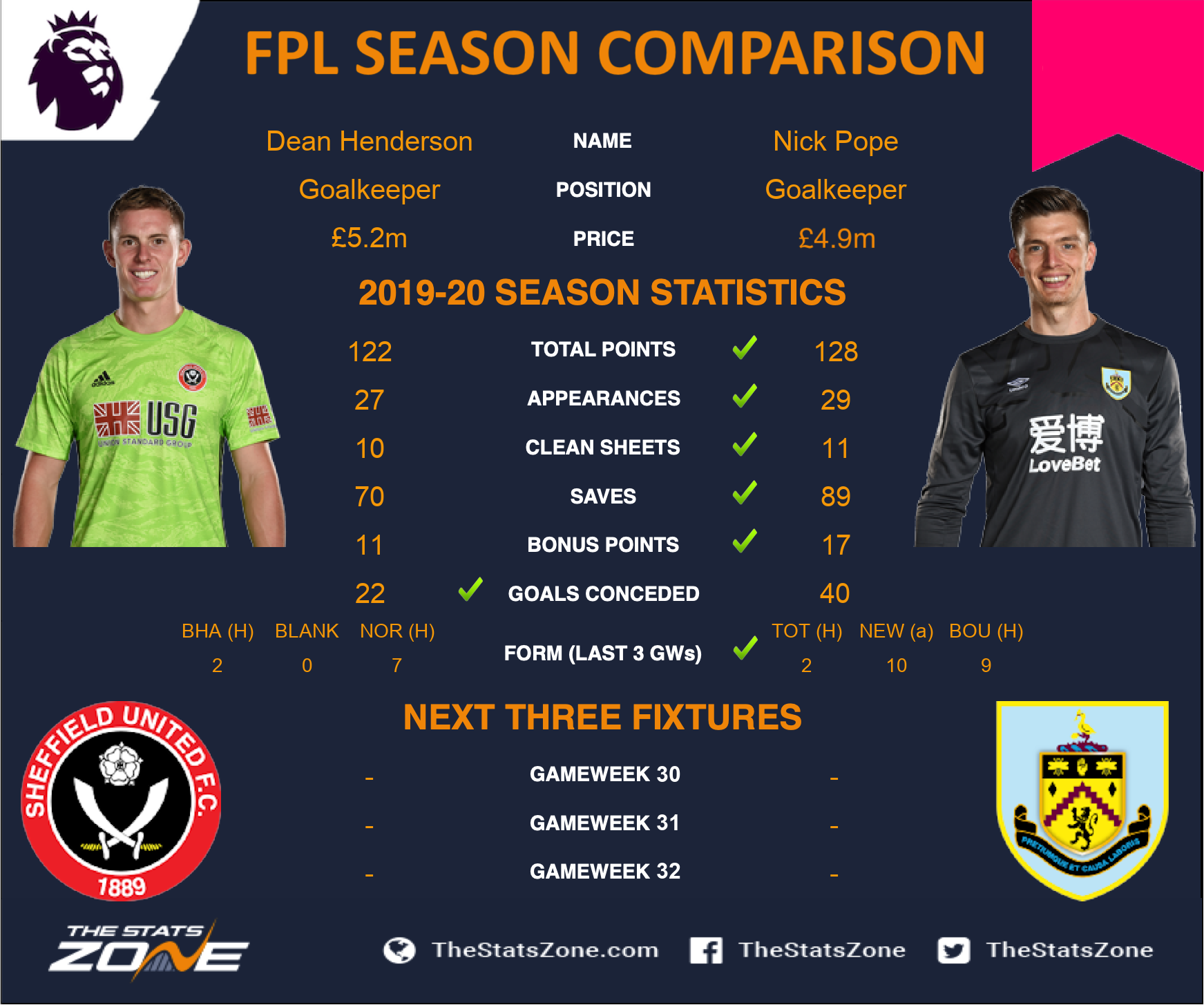