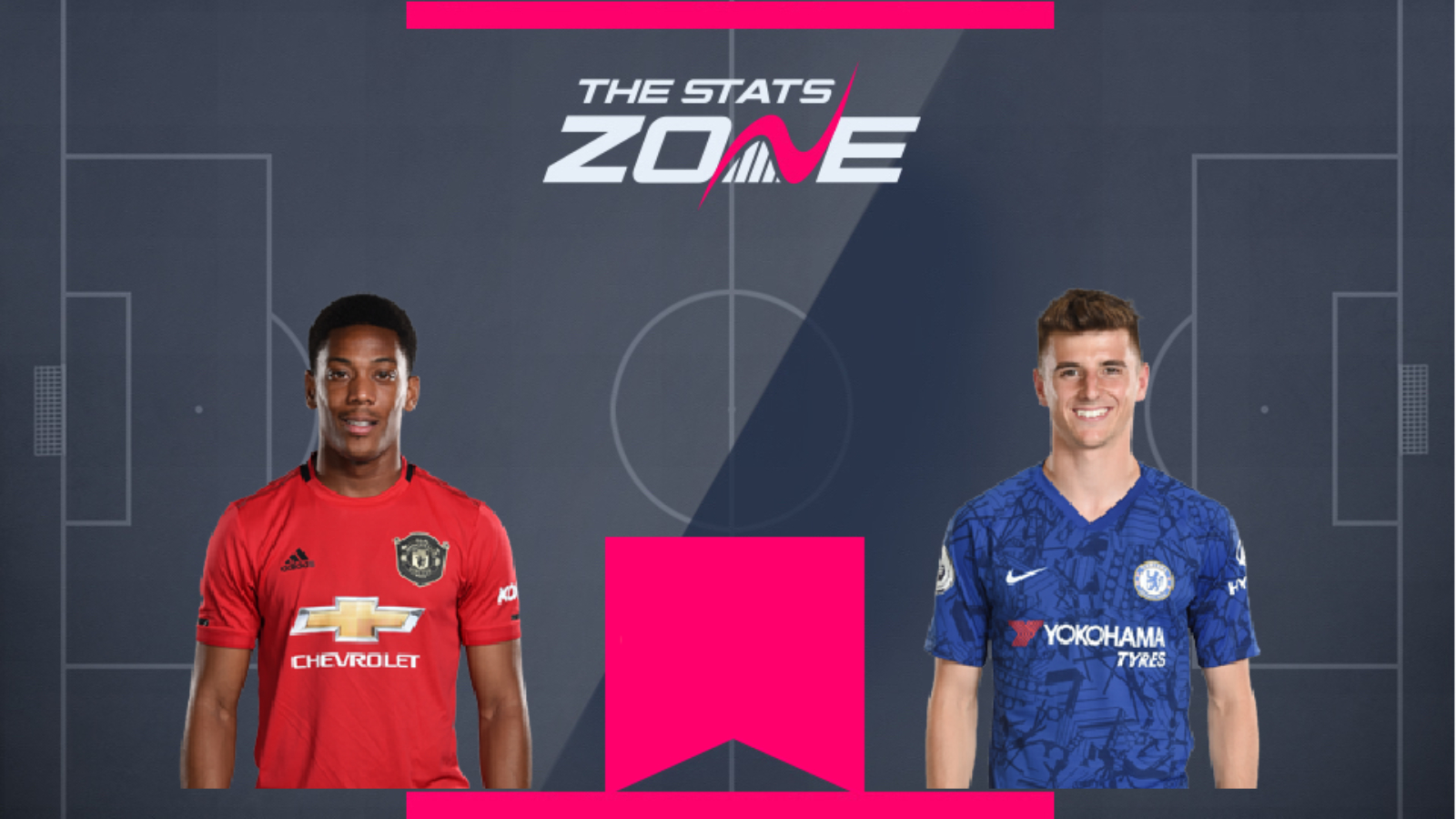 Two midfielders whom FPL managers have picked up at bargain prices at the start of the season that have gone on to provide their respective ownership with a healthy amount of FPL points from August up to now. Both Anthony Martial (£7.9m) and Mason Mount (£6.1m) have established themselves as two of the best performing midfielders in the "middle priced category" this season.

Martial has been utilised largely as a striker for Man Utd this season despite being listed as a midfielder, which has seen his value shoot up from an FPL perspective. The Frenchman has netted 11 Premier League goals this season alongside three assists and is currently the joint fifth-highest scoring FPL midfielder this season with 122 FPL points.

Mount has registered 11 attacking returns over the course of the league season, with six goals and five assists for the Chelsea man. He has accrued 111 FPL points which, considering his original price of £6.0m, is an excellent return.

Choosing between the two isn't straightforward with only 11 FPL points separating both players. Considering Martial was priced £1.5m higher than Mount at the start of the season suggests that to only be 11 FPL points better off is a somewhat poor return and that the Chelsea midfielder represents the better value between the two players. Therefore, we're giving Mount the edge in this head-to-head. 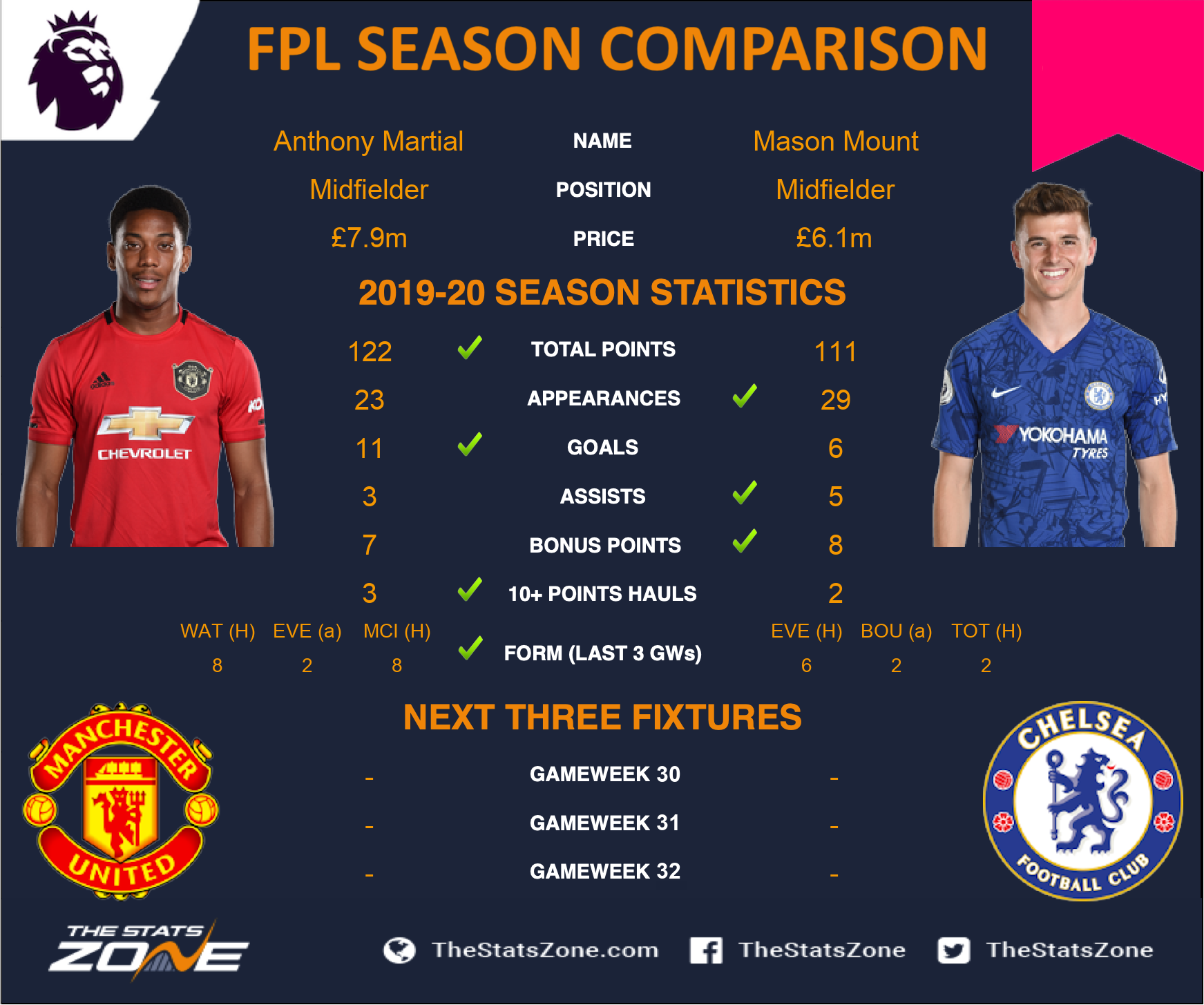