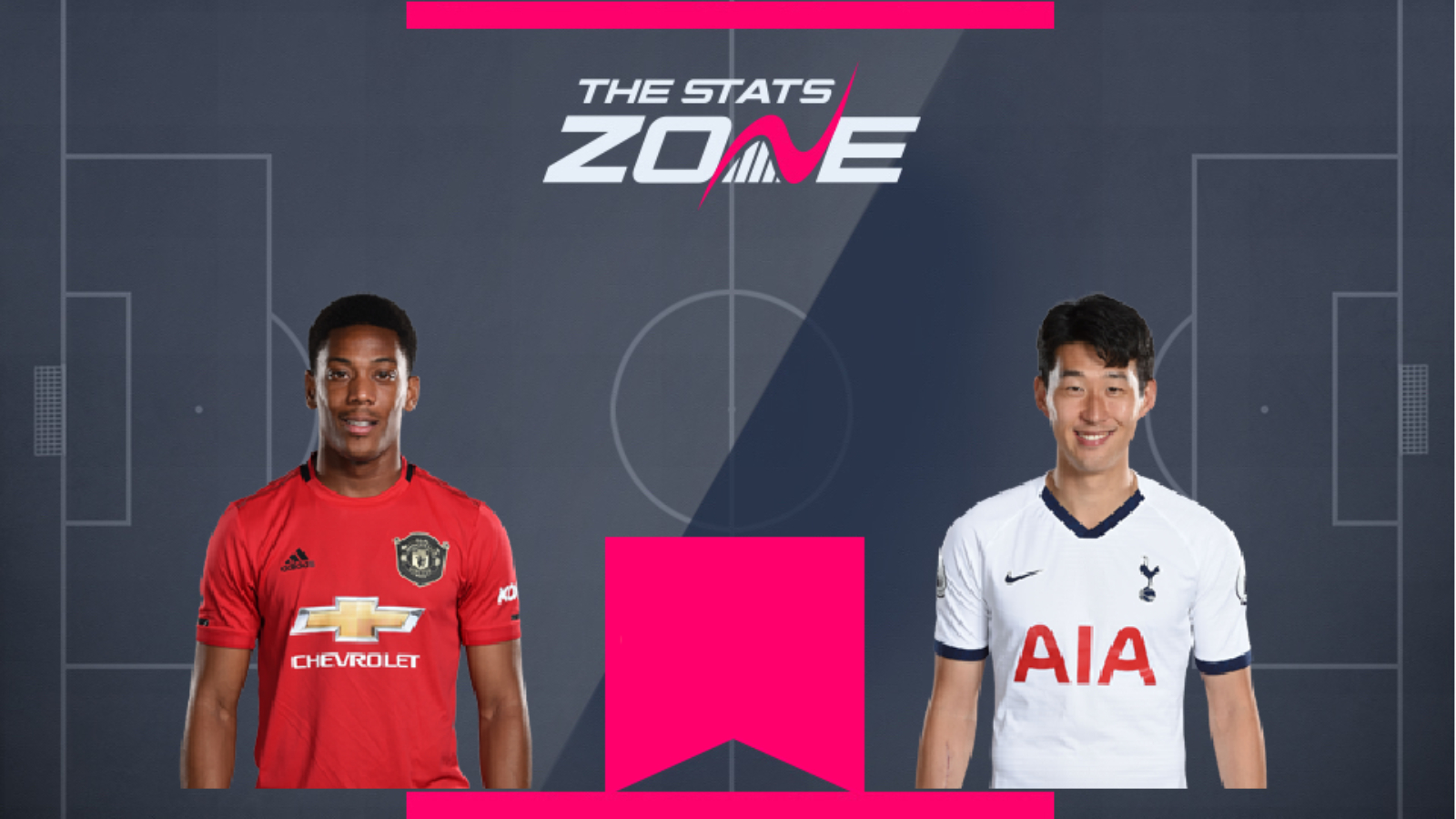 Both Man Utd's Anthony Martial (£8.0m) and Spurs' Heung-Min Son (£9.8m) have each acquired 122 FPL points over the past 29 gameweeks. Both teams have perhaps not had the season they wouldhave hoped for but from an individual perspective both players have performed well.

Martial has been utilised as a forward for the Red Devils by manager Ole Gunnar Solskjaer and the FPL listed midfielder has not disappointed his boss. The Frenchman has scored 11 goals so far this season, with a further three assists and seven bonus points.

Son has also spent a considerable amount of time this season playing as a forward in the absence of the injured Harry Kane. He has scored nine goals this season, two less than Martial. However, Son has registered nine assists compared to Martial's three.

With both having accrued the same amount of FPL points over 29 gameweeks, this comparison comes down to price. Whilst Martial was originally priced at £7.5m, Son was priced at £9.5m Therefore, it is clear that over the course of season, Martial has proven the better value from an FPL perspective. 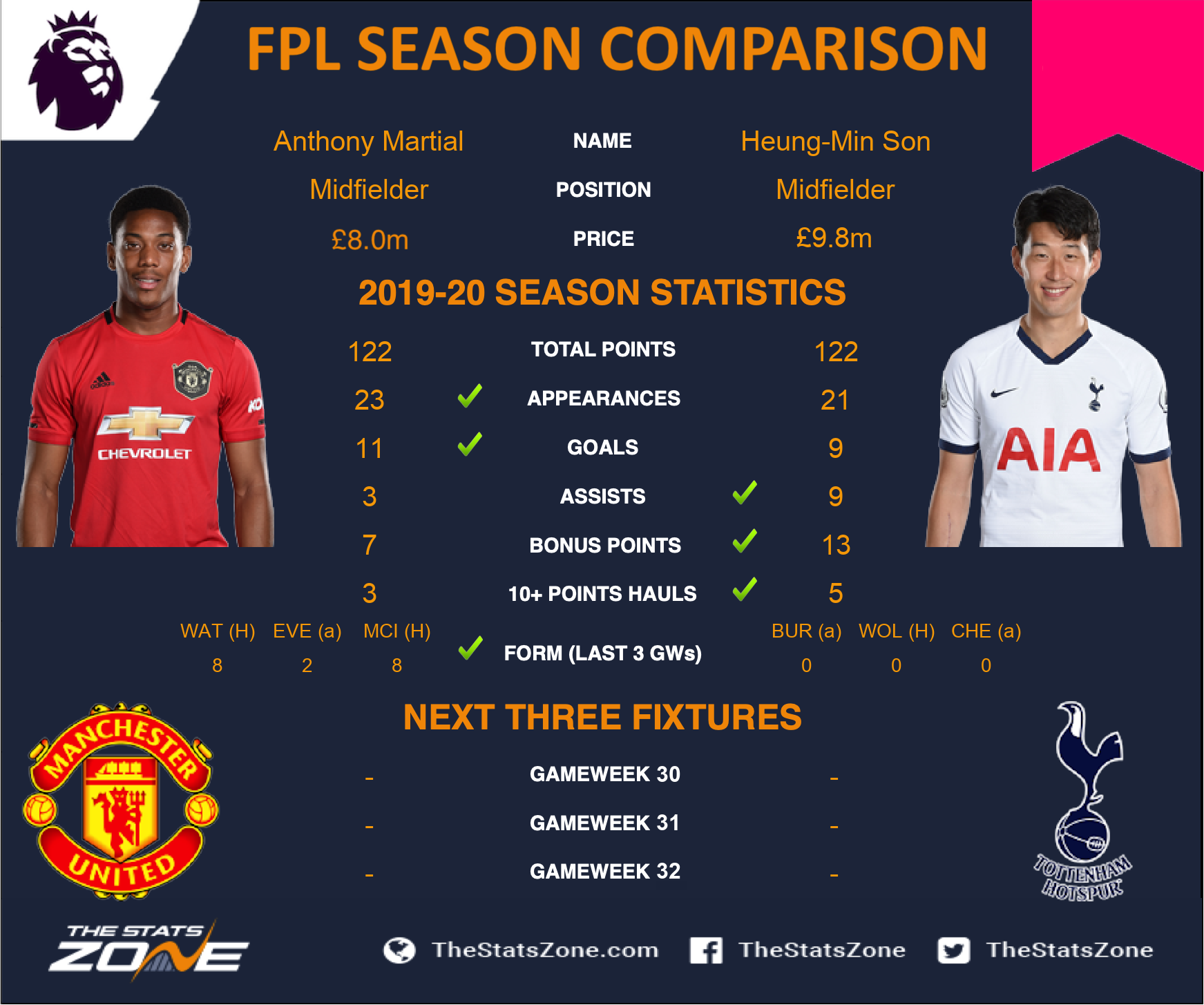