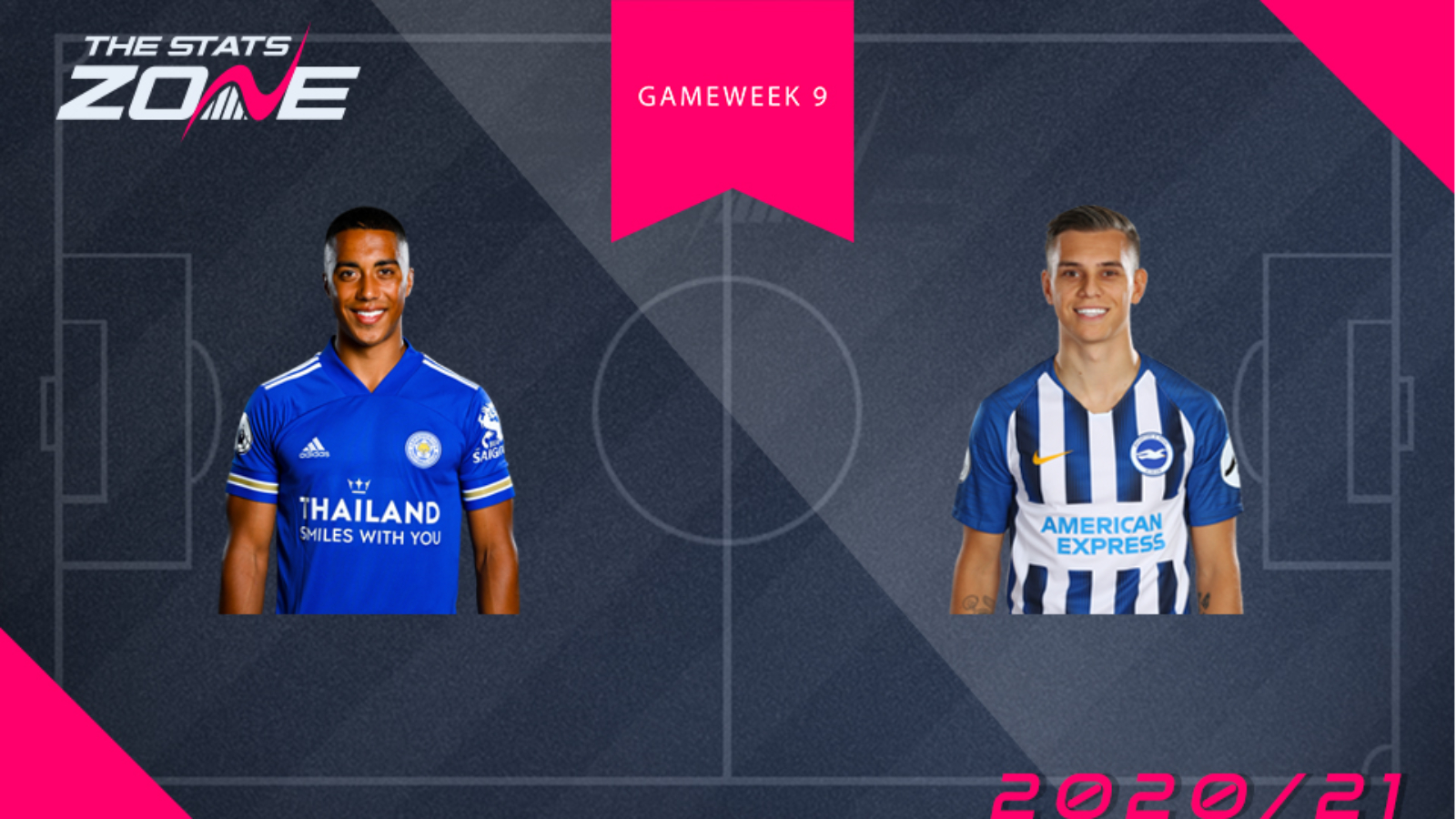 Leicester midfielder Youri Tielemans (£6.4m) has carried on his good form for club during the international break, scoring in both UEFA Nations League fixtures for Belgium. His international teammate Leandro Trossard (£6.0m) was absent in Gameweek 8 and for Belgium due to injury, but over the course of the league season, has acquired two assists and one goal.

Gameweek 9 sees Leicester away to Liverpool and Brighton travel to Aston Villa. Trossard's injury status is unknown as of now, but should he play then the midfielder will prove a big threat for the Seagulls going forward as always. Tielemans however, has proven himself as a central midfielder more than capable of picking up a goal and assist. Gameweek 7 saw him score twice against Leeds and having scored two penalties this season, could even be in contention of becoming Leicester's permanent penalty taker with Vardy missing his last spot kick. Weighing up all of above sees us plump with Tielemans in what is a fairly straightforward decision.