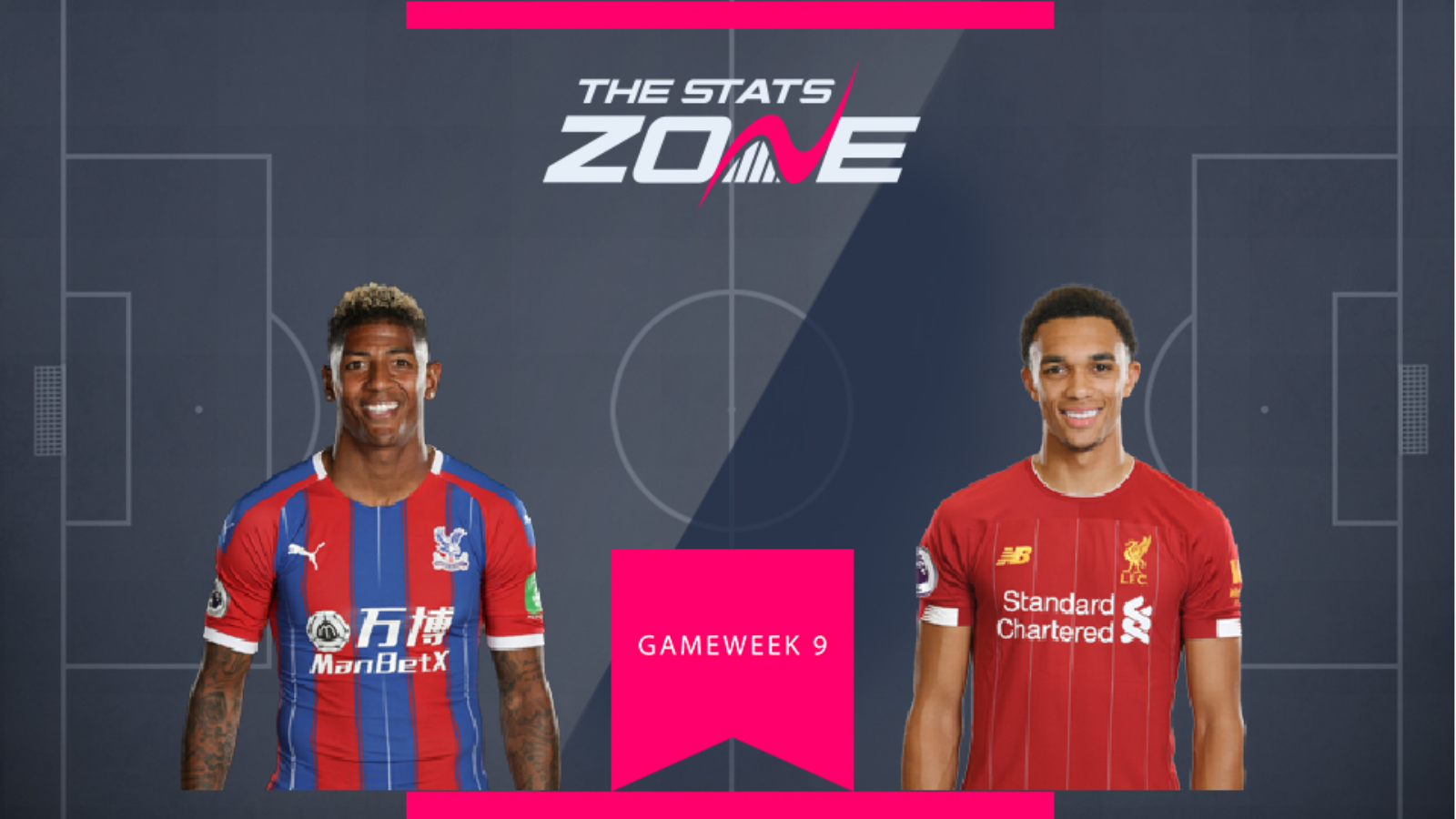 Crystal Palace’s Patrick van Aanholt (£5.6m) spent his weekend doing some serious bits at the London Stadium, scoring the equaliser for the Eagles against West Ham from the penalty spot in the absence of regular spot-kick taker Luka Milivojevic. It was his second goal of the season and a timely reminder of his FPL credentials as he currently he lies third on the list of highest scoring defenders this season with 39. It was more frustration for Trent Alexander Arnold (£7.2m) as once again Liverpool failed to keep a clean sheet at Anfield against Leicester. The full-back came close on numerous occasions to providing an assist from his dangerous crosses, and it’s clear that a huge points haul from the defender will arrive at some point.

Gameweek 9 sees Liverpool meet Man Utd at Old Trafford. Their last away game against the Red Devils ended 0-0 and with goalkeeper Allison set to return, the chances of a Liverpool clean sheet are high. With that in mind, along with Van Aanholt facing a Man City side out for blood following their loss at home to Wolves, TAA wins out over PVA in Gameweek 9. 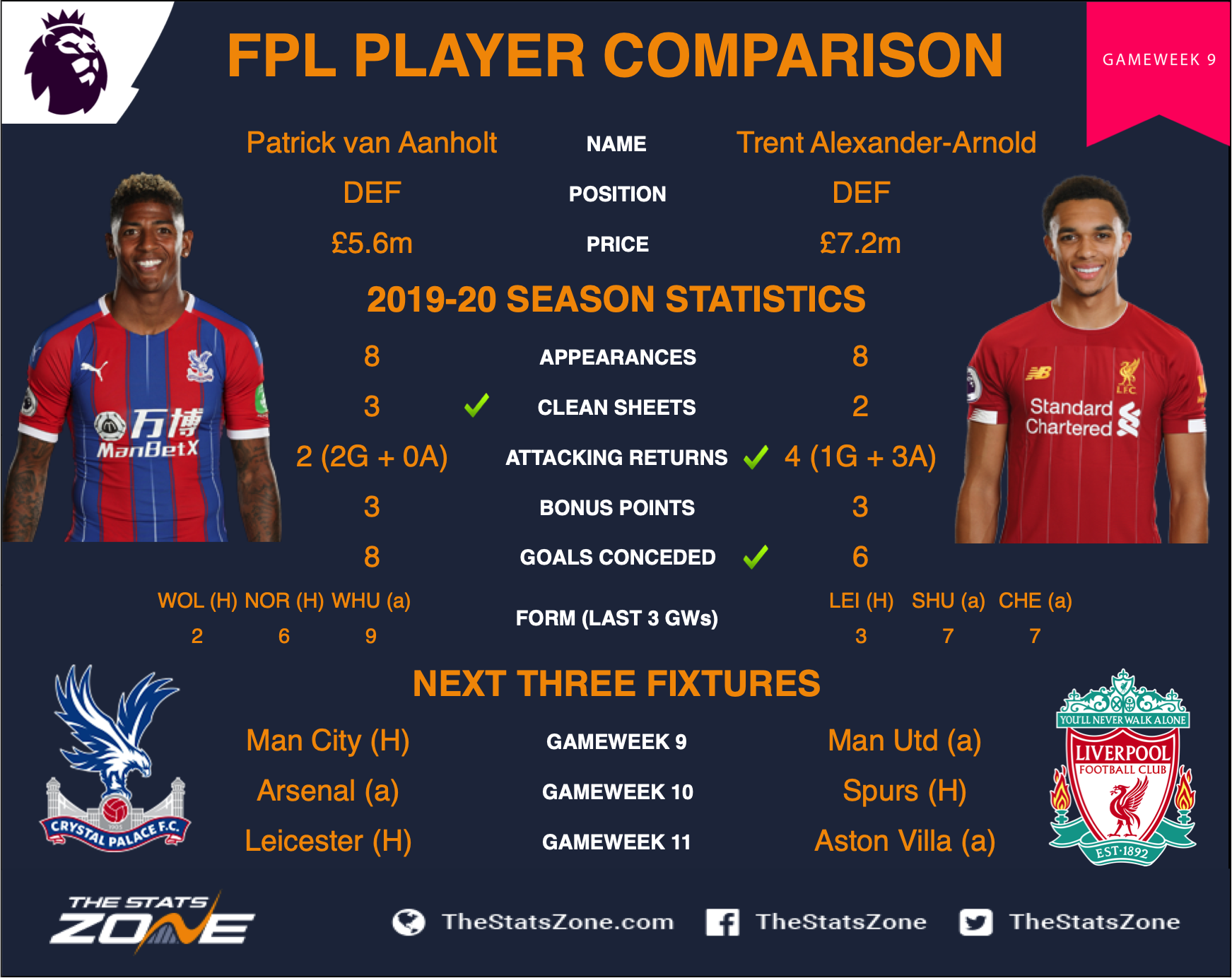