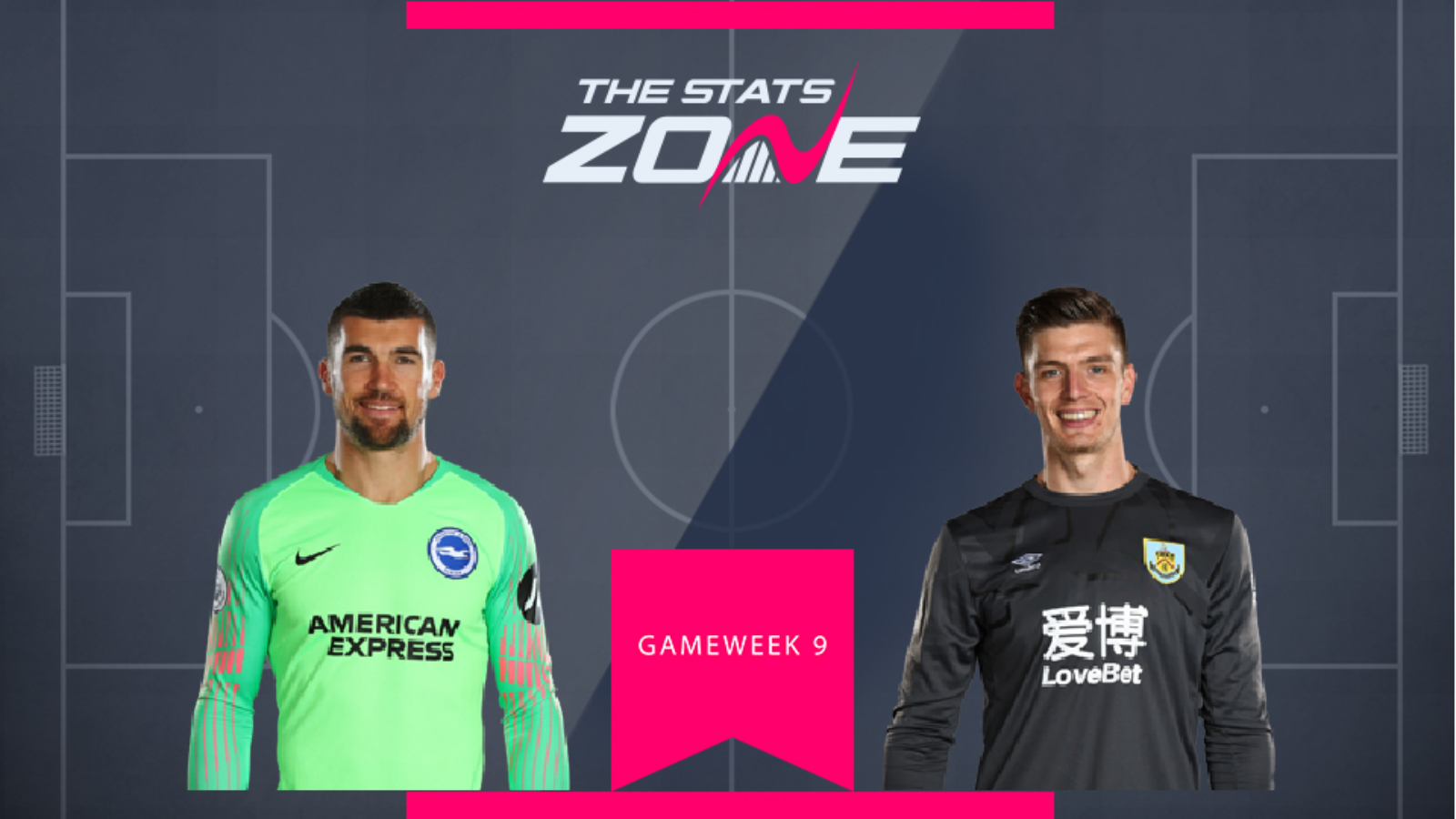 The battle for FPL budget goalkeeper supremacy has been a close-run thing so far between Brighton's Mathew Ryan (£4.6m) and Burnley's Nick Pope (£4.6m), with both providing satisfactory returns for their outlay.

Ryan and Pope come out of Gameweek 8 with clean sheets and it is the Brighton man who leads the way by just three points heading into Gameweek 9. The next fixture for either side isn't ideal though, with Brighton travelling to an Aston Villa side who have found their scoring boots lately while Burnley are also on the road as they visit fourth-placed Leicester.

It could be save points that separate the two in Gameweek 9, which nudges us towards Pope in this one as he just edges Ryan in that department and is likely to see plenty of goalmouth action against the Foxes. 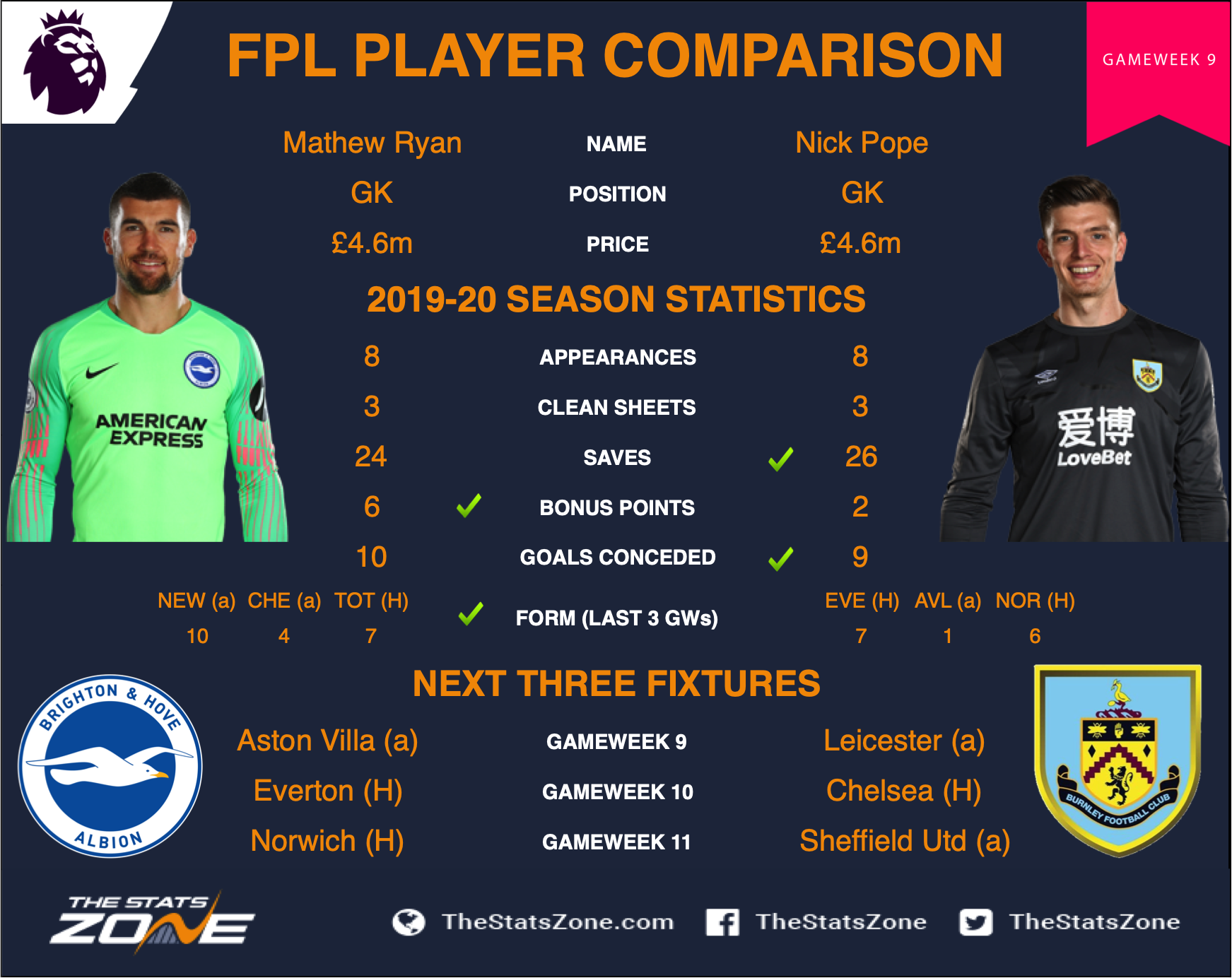