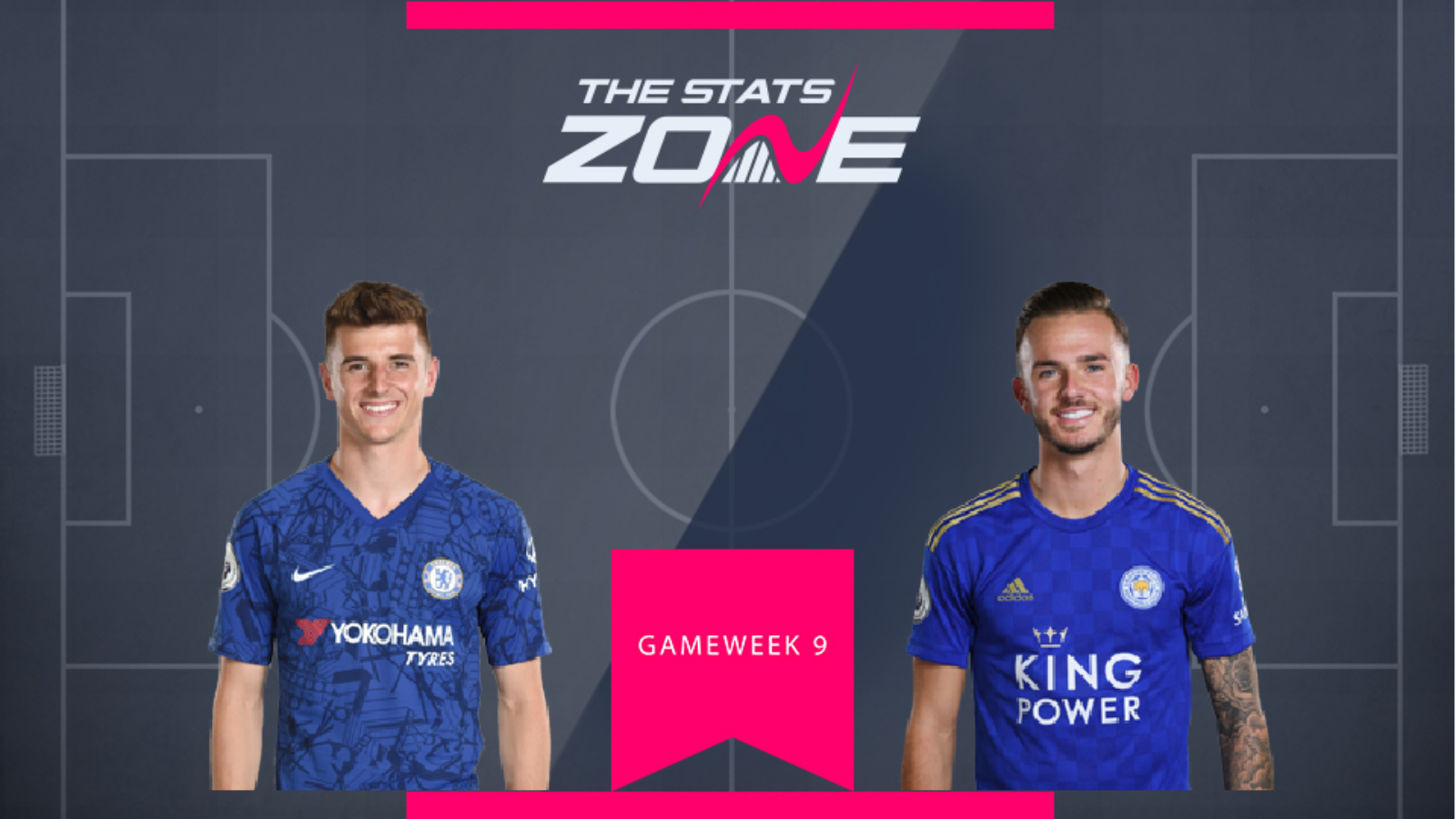 Nobody has risen in price more than Mason Mount (£6.8m) this season and he is showing no signs of slowing down after another goal in Gameweek 8. Now featuring in over a third of teams, the Chelsea midfielder is approaching 'essential' status given his attacking outlay (four goals and an assist to date).

A differential alternative to Mount is the slightly pricier James Maddison (£7.1m), who has notched two goals in his last three games for Leicesters - both against 'Big Six' opposition in the form of Spurs and Liverpool. This, of course, bodes well for his prospects going forward as Leicester have a kind run of games ahead, starting with Burnley at home in Gameweek 9.

Chelsea, though, host Newcastle after the international break, and with Steve Bruce's side having conceded eight goals in their last two away outings in the league, Mount has to be favoured here. 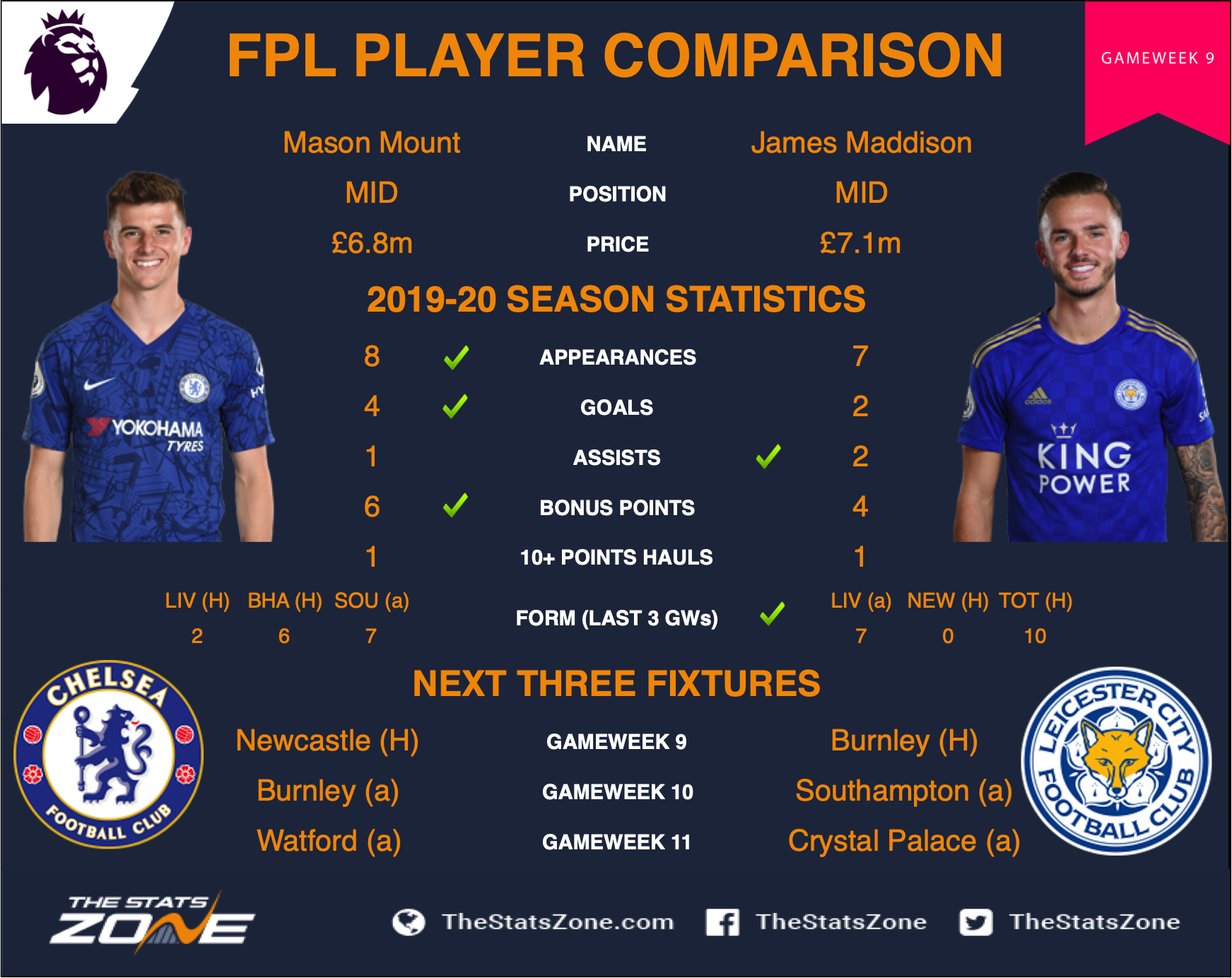