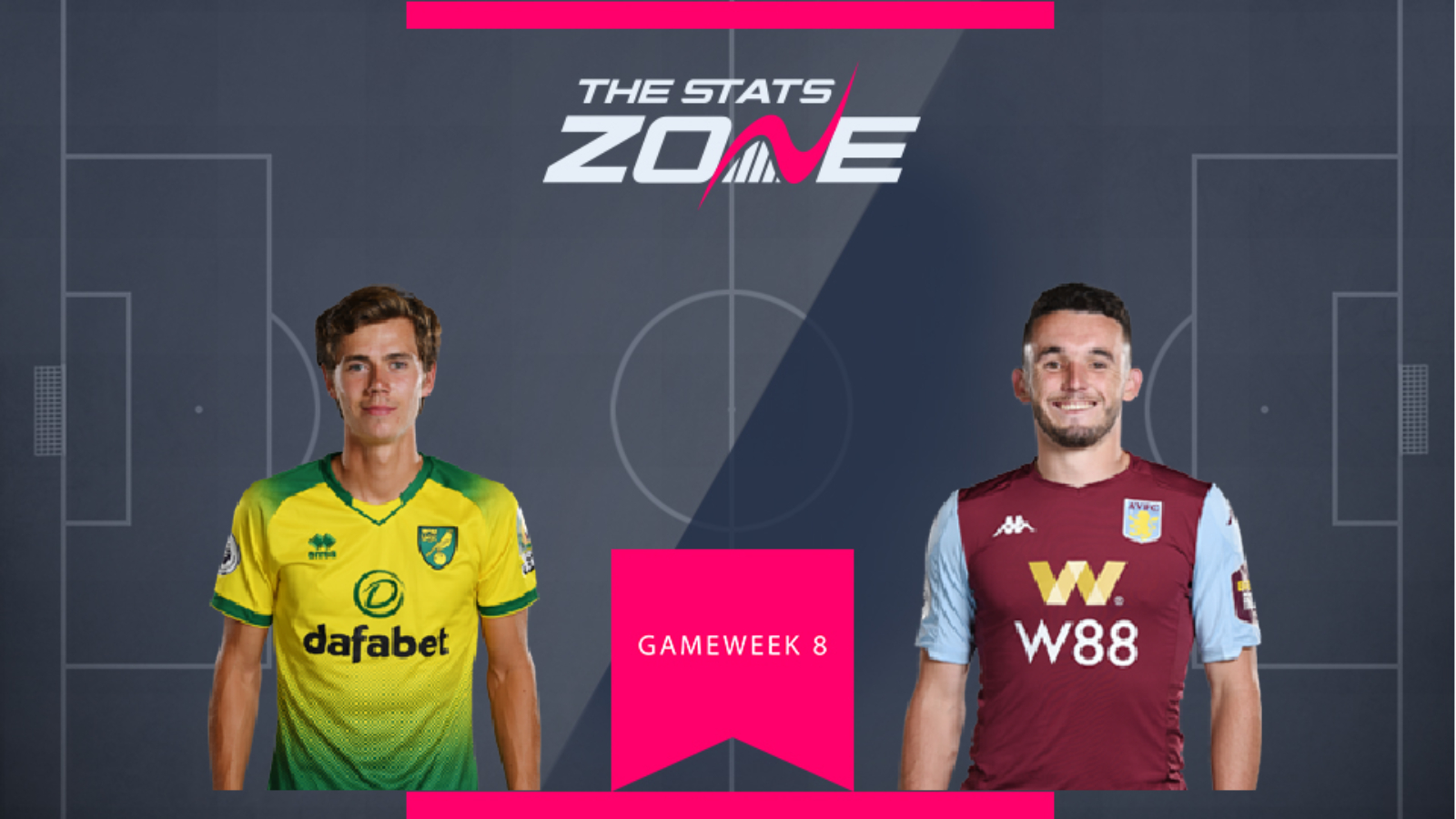 We’re pitting two affordable FPL gems against each other here, and there’s a lot to be said for both of them. Todd Cantwell (£5.0m) has made a mockery of his starting price of £4.5m with two goals and two assists in for his attacking Norwich side, and although he has not returned in his last two outings, both of those were away and all of Cantwell’s returns have come at home. The Canaries entertain fellow promoted side Aston Villa at Carrow Road on Saturday, and this could herald a return to form for Cantwell.

Speaking of Aston Villa, their star of the season John McGinn (£5.8m) will be on the other side of the pitch on Saturday. It seems like the Scotsman has been at the heart of the majority of Villa’s attacks this season, and that has seen him hit the net three times in addition to an assist.

This is a close-run thing, but Norwich’s impressive home form is difficult to ignore so Cantwell is the preferred choice. 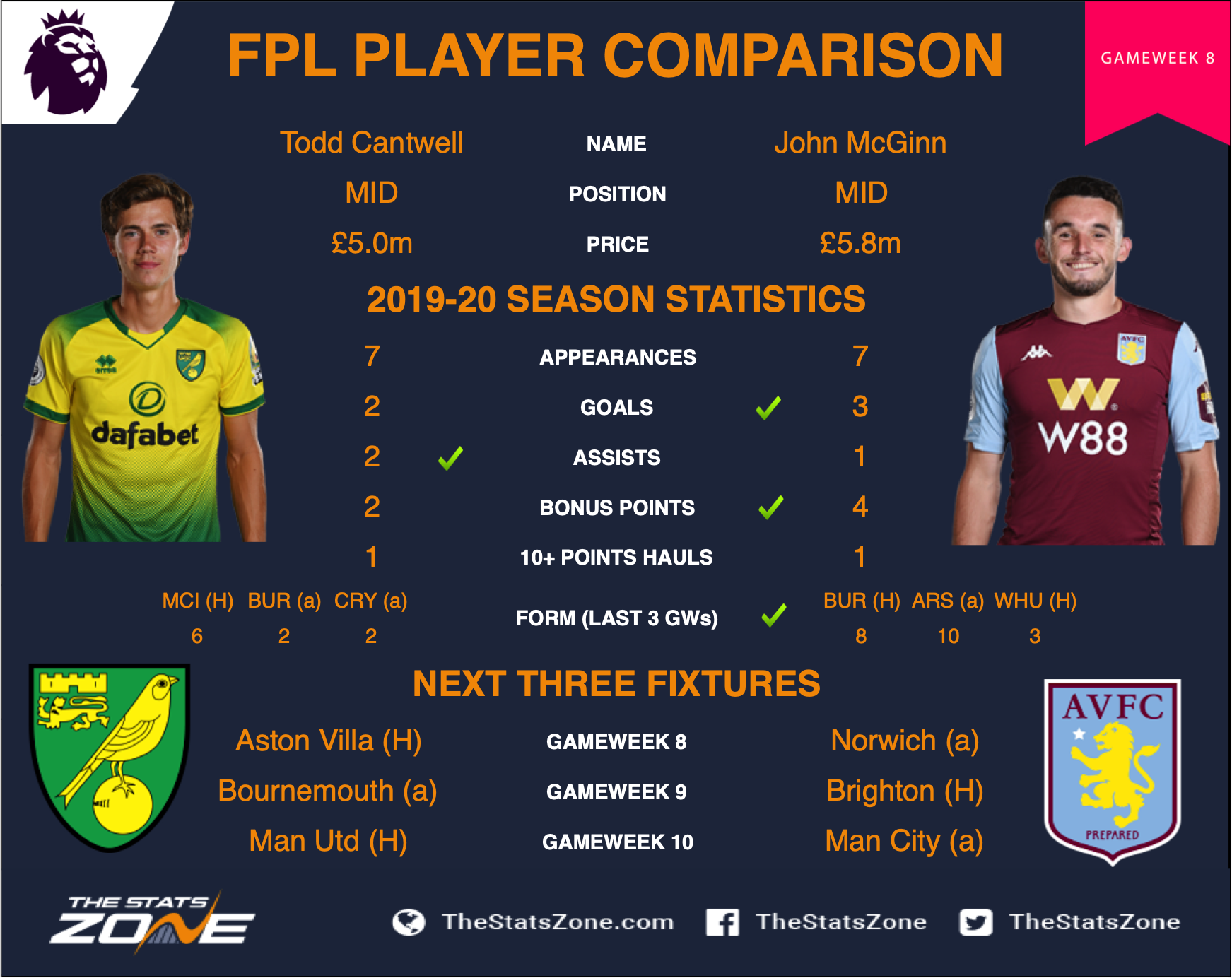