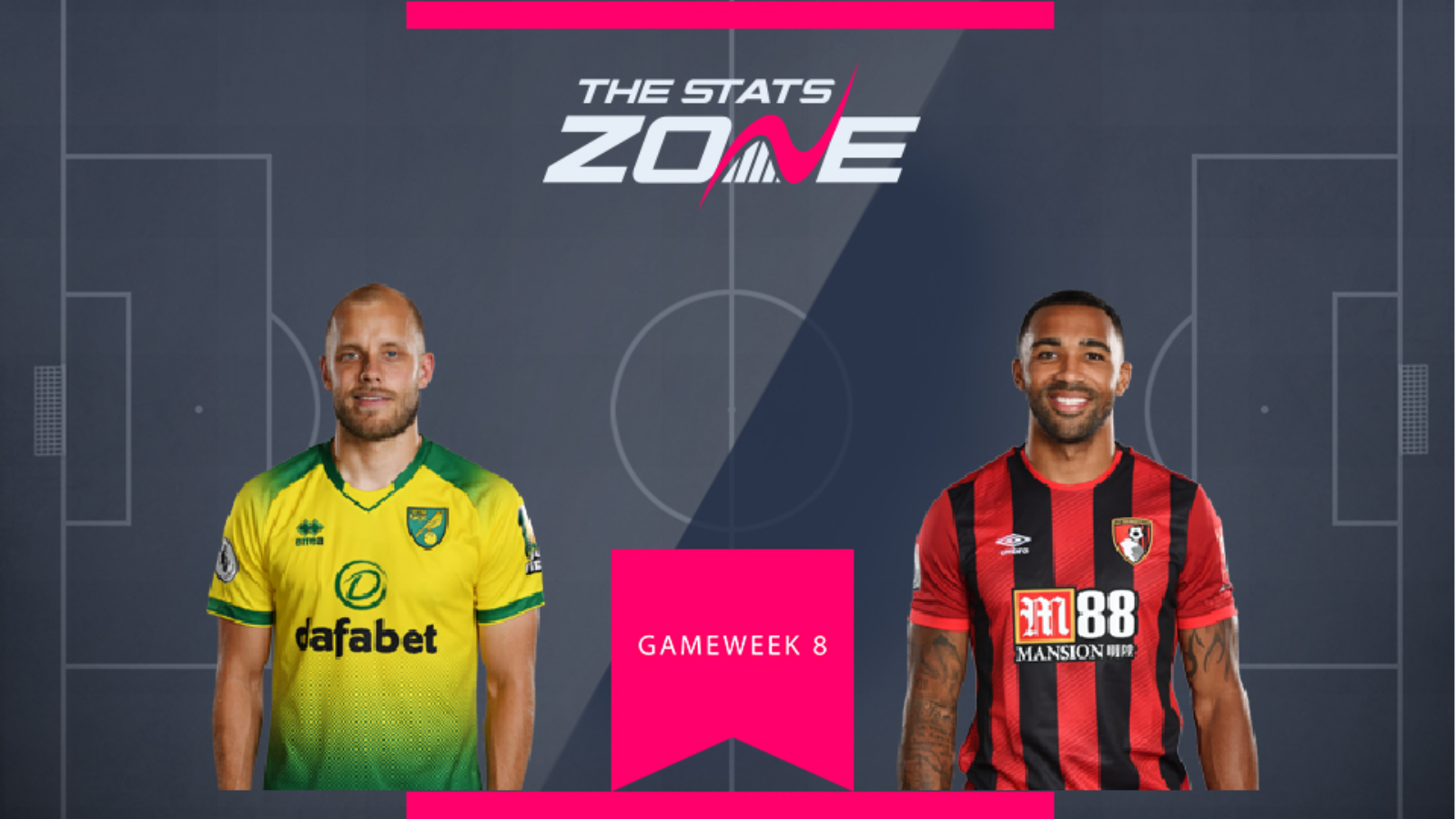 Teemu Pukki (£7.2m) owners appear to be losing confidence and faith in the Finnish striker as he is one of the most sold players in FPL ahead of Gameweek 8. That may be somewhat premature however as Norwich have had three away matches in their last four games, and he did manage a goal and an assist in the one home match they did have against Man City. This week they return home to face an Aston Villa side who Norwich beat twice 2-1 last season, and given their excellent attacking play, Pukki cannot be ruled out from having a productive Gameweek 8.

One of the hottest strikers so far this season in Pukki’s price bracket is Callum Wilson (£7.9m). Compared to Pukki’s 44.4% ownership, only 11.8% of FPL managers own Wilson which seems unfathomably low. While Pukki has 53 points so far compared to Wilson’s 46, the Bournemouth man has been incredibly consistent with five goals and three assists and has picked up an attacking return every gameweek so far this season. Bournemouth make the trip to Arsenal this week and while the Gunners defence is incredibly fragile, Pukki’s has the greater upside at home to Aston Villa. 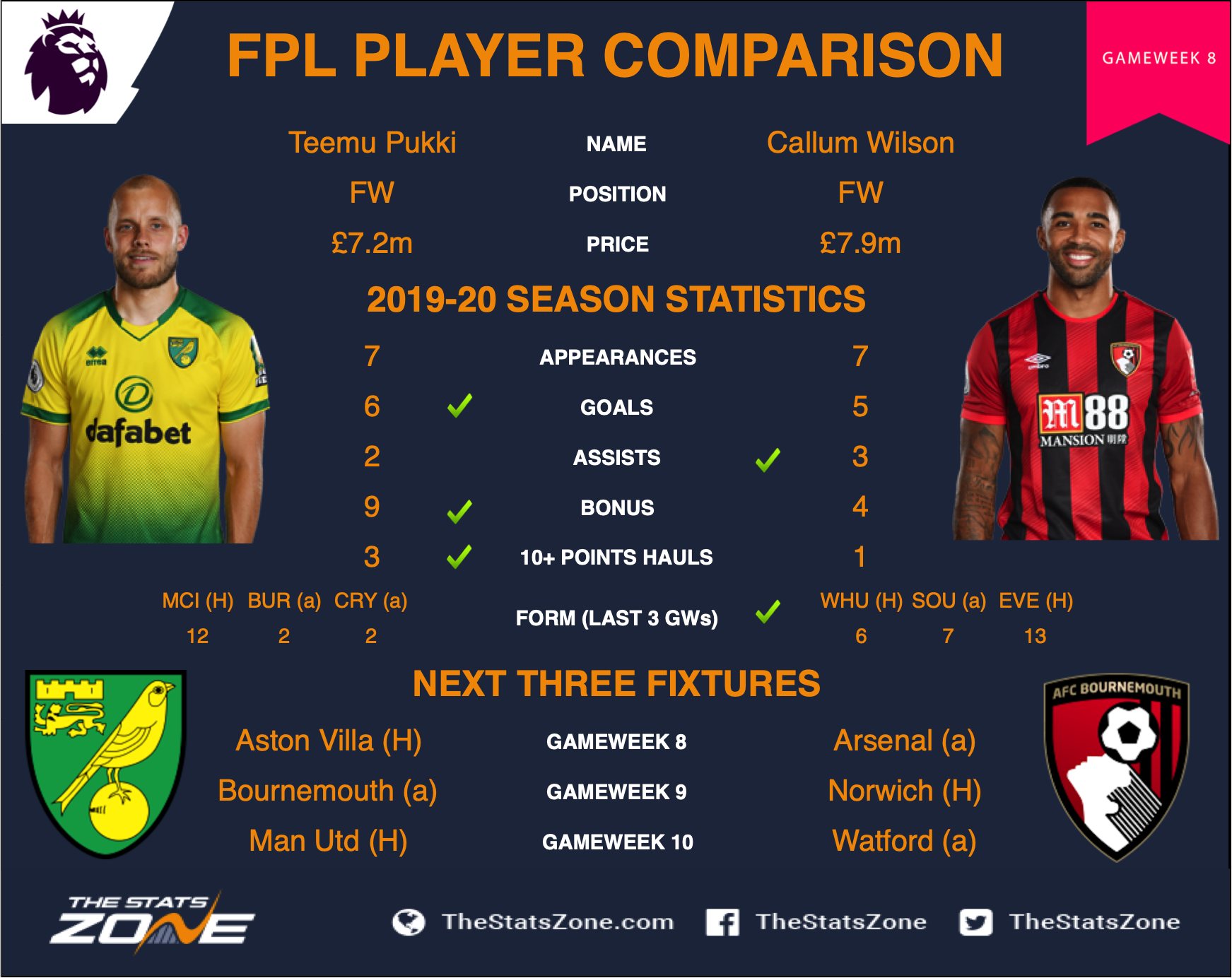