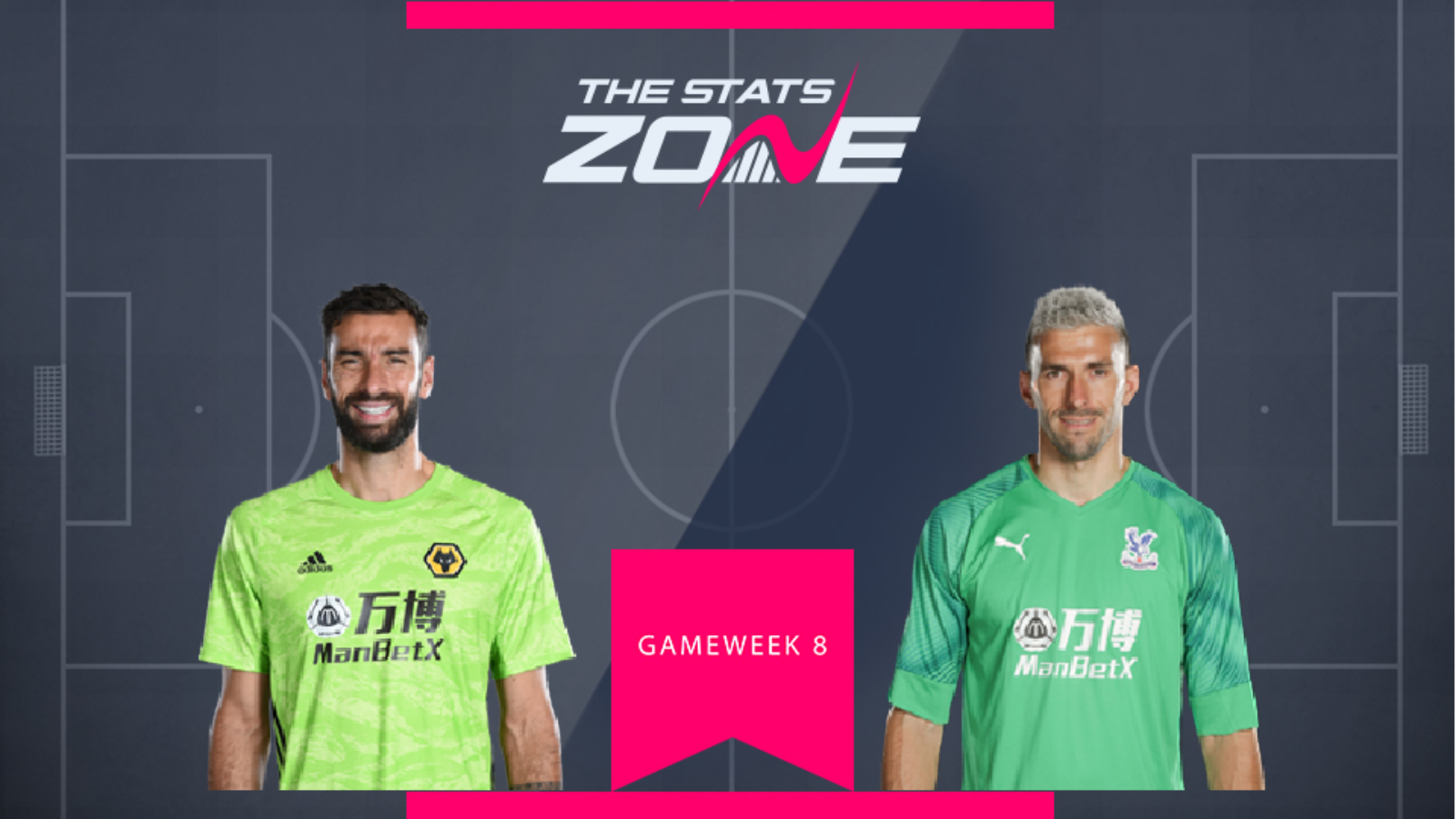 For all the negative chat around Wolves and their below-par start to the season compared to the lofty standards of last year, goalkeeper Rui Patricio (£5.1m) is the joint-highest point scorer for goalkeepers. Wolves kept their second clean sheet of the season in Gameweek 7 against Watford and two bonus points saw Patricio tally nine points. He will face a tough test against Man City in Gameweek 8 however but facing the champions should see him make a good number of saves even if he does not keep a clean sheet.

Another goalkeeper to tally nine points on Gameweek 7 was Crystal Palace’s Vicente Guaita (£5.0m), who picked up a clean sheet and two bonus points against Norwich. That was Guaita’s third clean sheet of the season and with Roy Hodgson at the helm, Palace’s defensive assets are always popular. That said, Palace’s fixture list is one of the toughest in the league across the next six gameweeks. Away to West Ham is not an overly appealing fixture but is arguably their best with Man City, Arsenal, Leicester, Chelsea and Liverpool on the horizon. Stay clear! 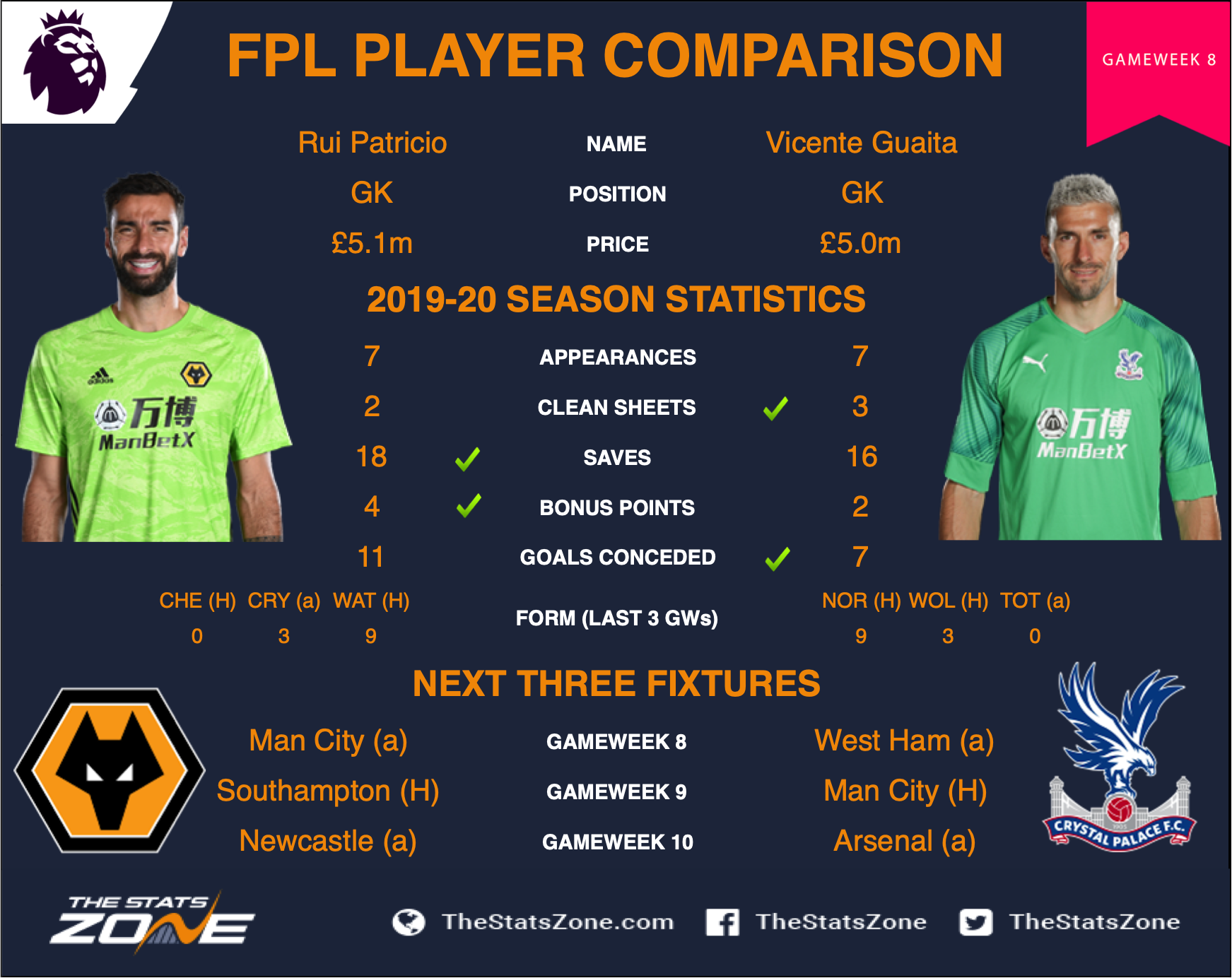