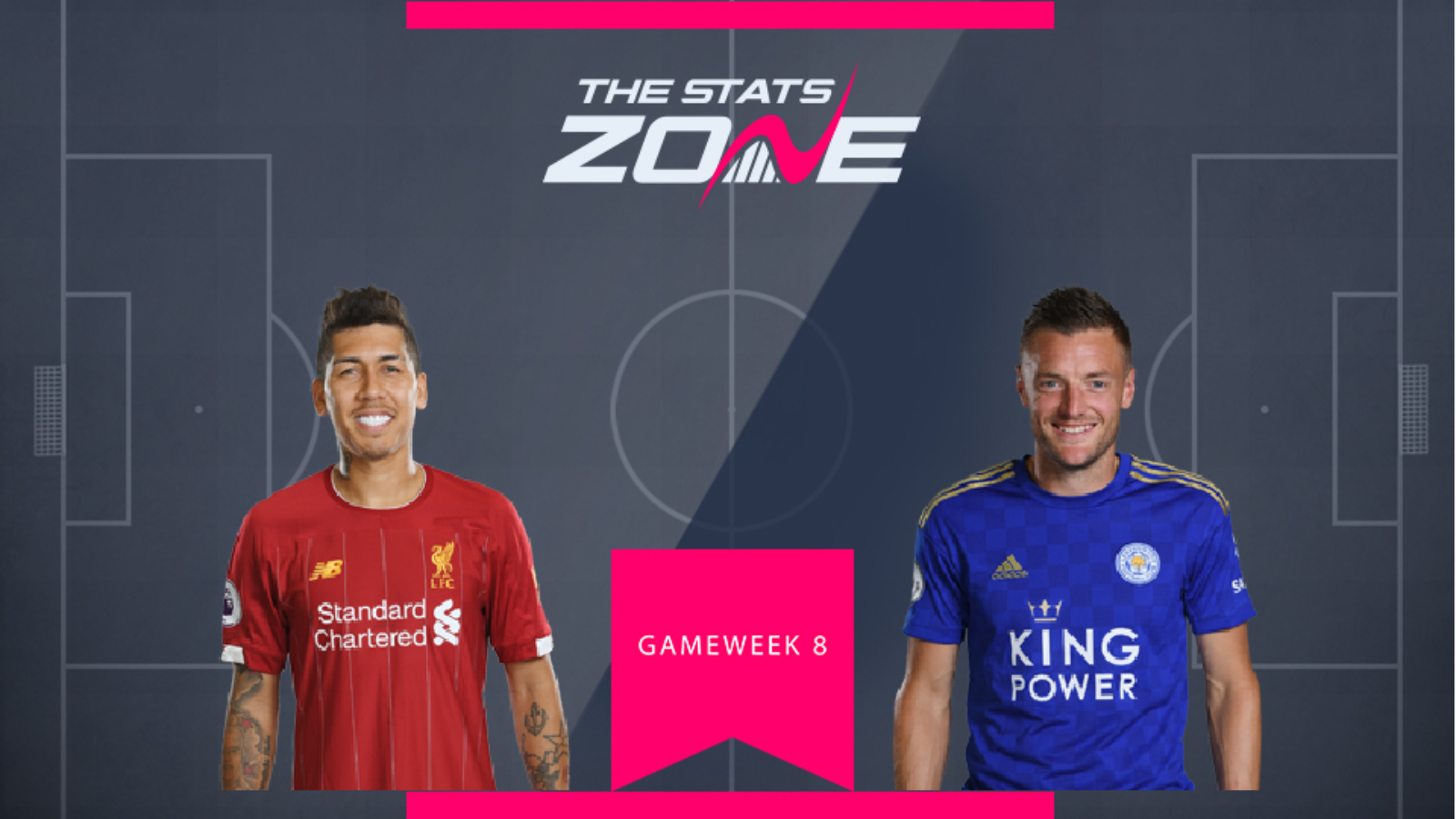 Another interesting head-to-head clash for Gameweek 8 between two quality fantasy assets that are facing off against each other at Anfield. Roberto Firmino (£9.6m) is owned by 13.7% but even that feels relatively low given the fact he is the joint-fourth highest point-scoring forward with 46 points thus far. The Brazilian has three goals and four assists and remains a vital cog in the Liverpool attack even if he does not get the same FPL love as team-mates Salah and Mane.

Just behind the Brazilian with 44 points so far this season is Jamie Vardy (£8.9m) and the Leicester striker will be determined to continue his fine start to the season at Anfield this week. His two goals in Gameweek 7 against Newcastle took his tally to five for the season and he will not be daunted by this match at Liverpool this weekend as he has a solid record against 'Big Six' opposition. Against Liverpool, he has seven goals in his last six league matches against them, so do not be put off by the fixture when considering Vardy. 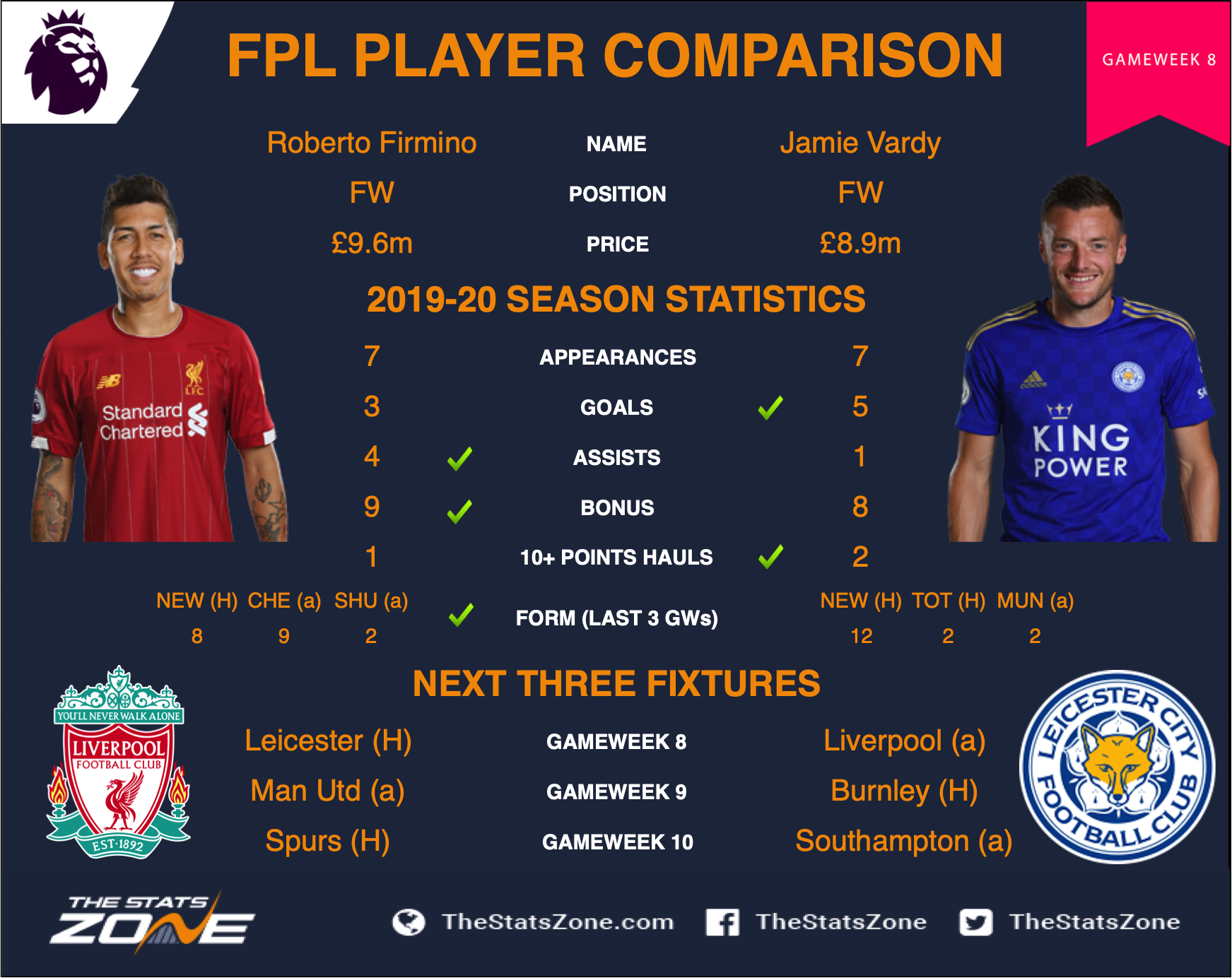