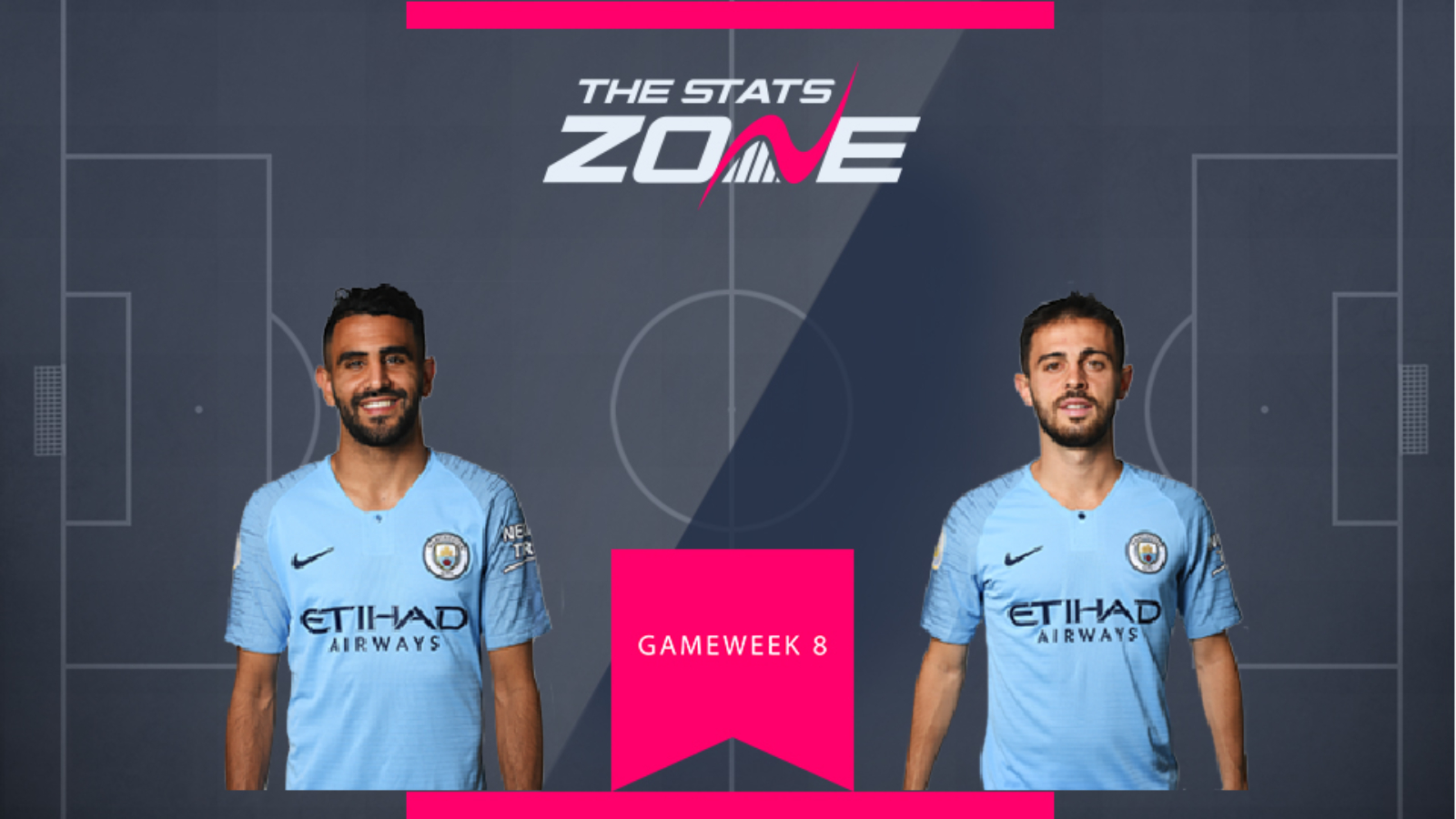 It is difficult to go wrong with any Man City midfielder right now as five of their assets are in the top nine in FPL point scorers. Kevin De Bruyne is top with 63 points but with the Belgian playmaker’s fitness a doubt after he missed the midweek Champions League match, FPL owners may be tempted to switch to the in-form Riyad Mahrez (£8.5m). The Algerian has made just four starts in the seven gameweeks and in three of those he picked up 10 points or more. The question mark as with so many City players is whether they are going to start or not, but De Bruyne’s injury concerns make Mahrez extremely tempting this week.

Another Man City midfield asset that is tempted with De Bruyne potentially absent is Bernardo Silva (£7.9m). The Portuguese playmaker was the star of the show in the 8-0 hammering of Watford on Gameweek 6 with a 19-point haul although there are question marks over his consistency. A start against Wolves this weekend is likely but with Mahrez and Sterling likely to take the more advanced positions, the Algerian should be favoured over Bernardo Silva in Gameweek 8. 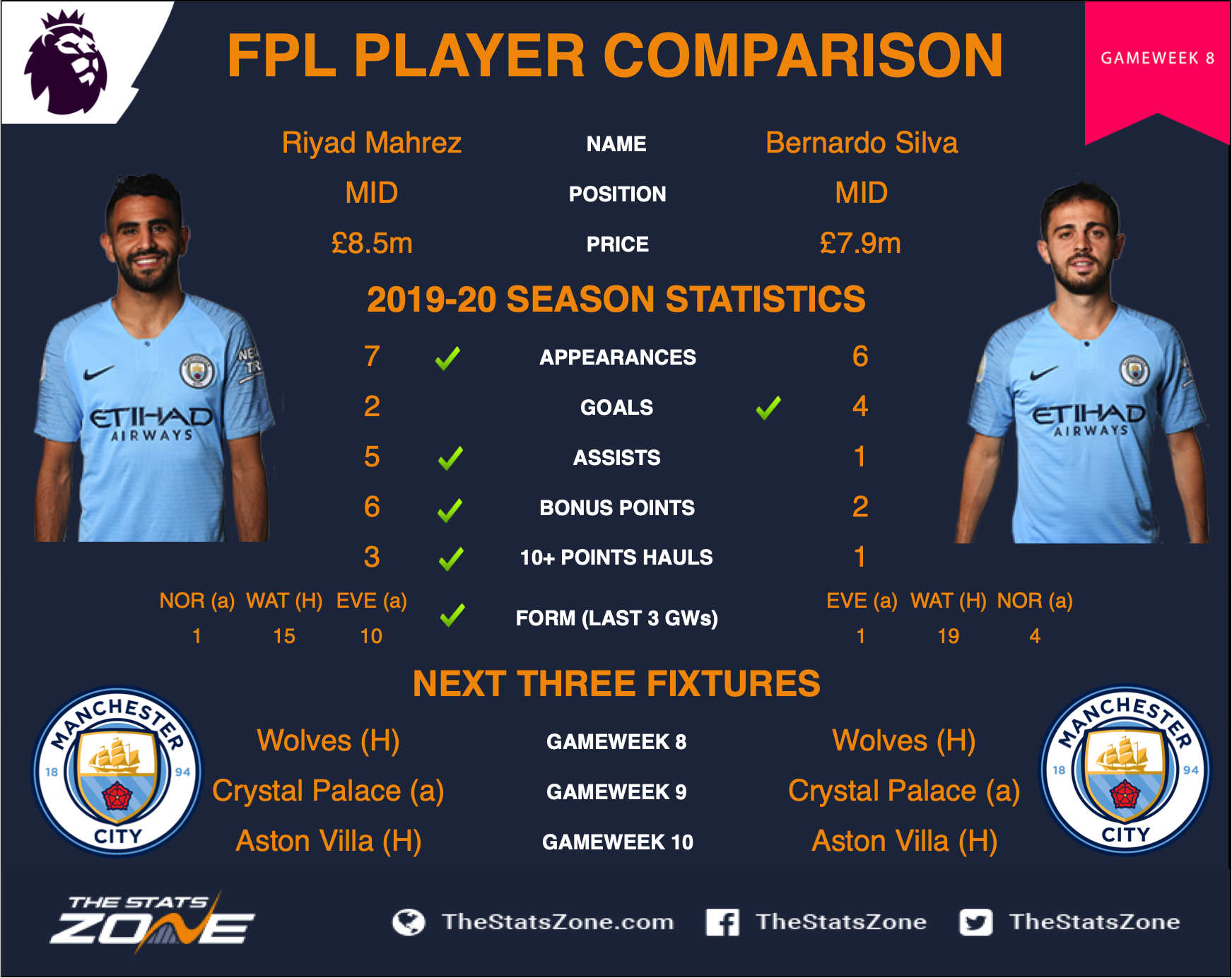