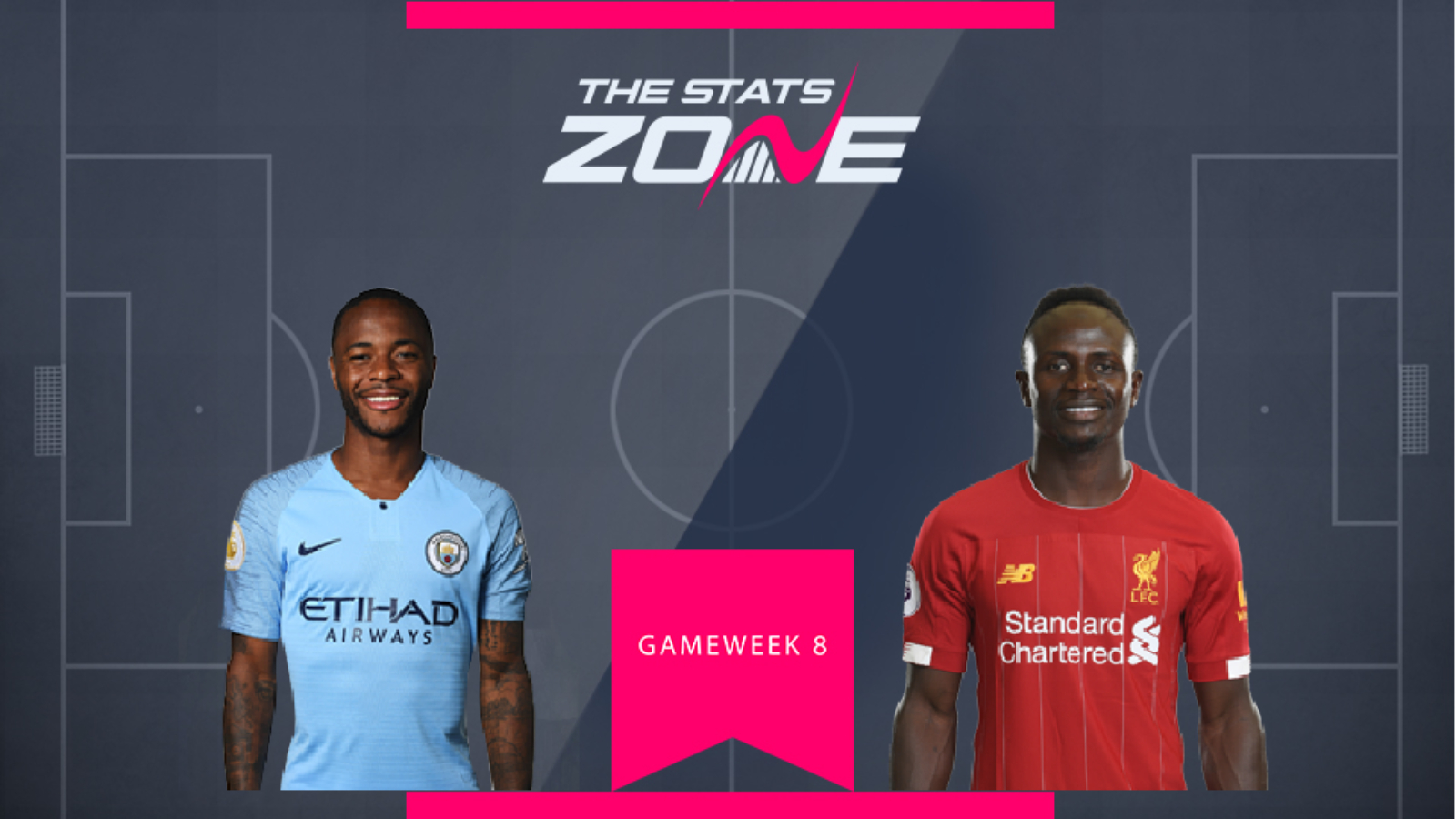 Raheem Sterling (£12.1m) frustrated many FPL managers between gameweeks four, five and six, and none more so than in the latter when he was rested for the 8-0 win over Watford. He has responded with a goal against Everton and picked up a goal and assist coming off the bench in the Champions League against Dinamo Zagreb. The rest has clearly served him well and he has been looking extremely sharp once again so at the Etihad where City are formidable, he is a tempting option against Wolves in Gameweek 8.

If you have reservations about Sterling, then Sadio Mane (£11.6m) offers an excellent alternative with the Premier League leaders at home to Leicester. He scored twice in their last home league match against Newcastle and he is looking just as threatening as team-mate Mo Salah. He has blanked the last two gameweeks but had two golden chances against Sheffield Utd that he should have scored. One concern could be his fitness though, as he suffered a dead leg last week and he missed training earlier this week so he may not play the full 90 minutes. 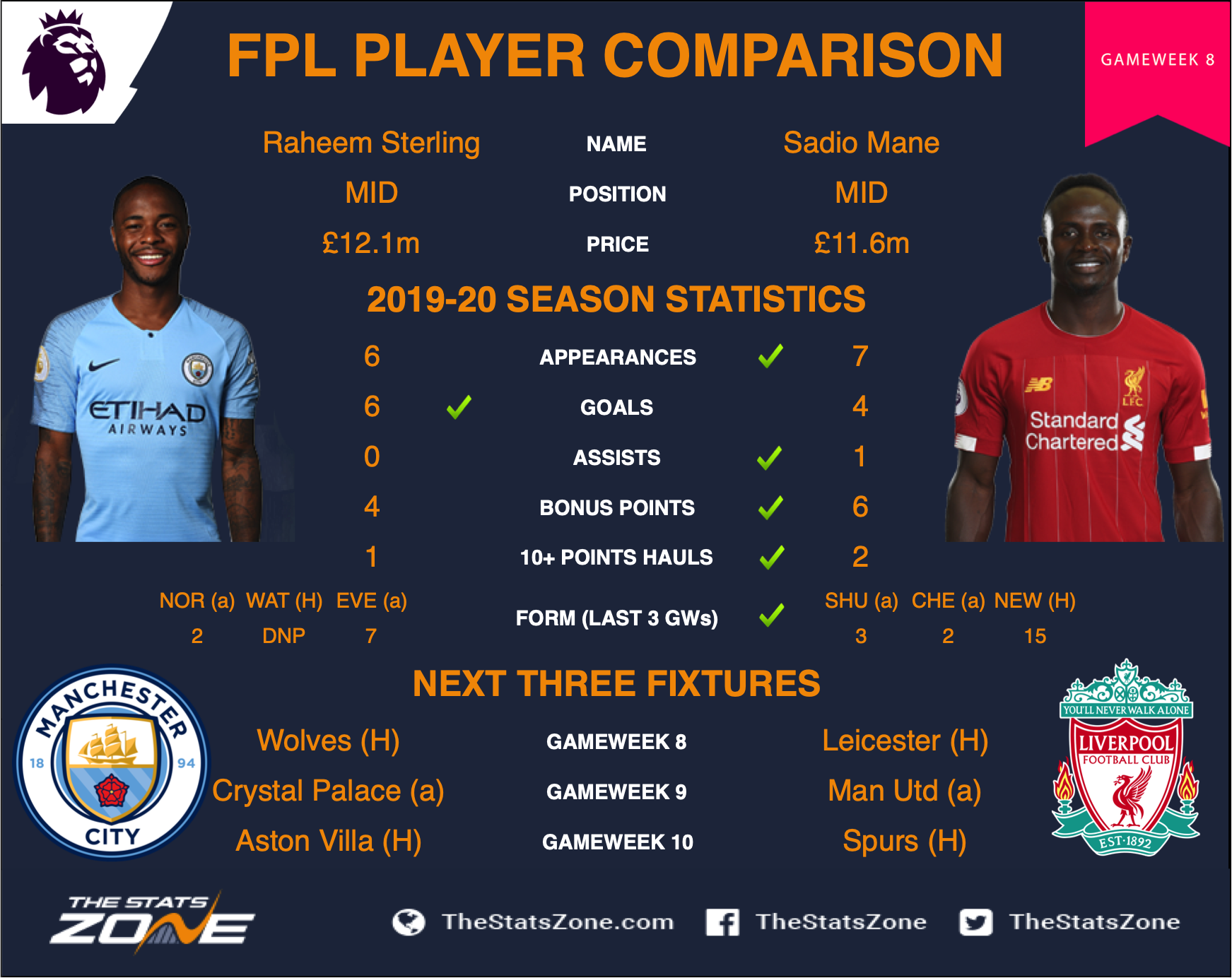