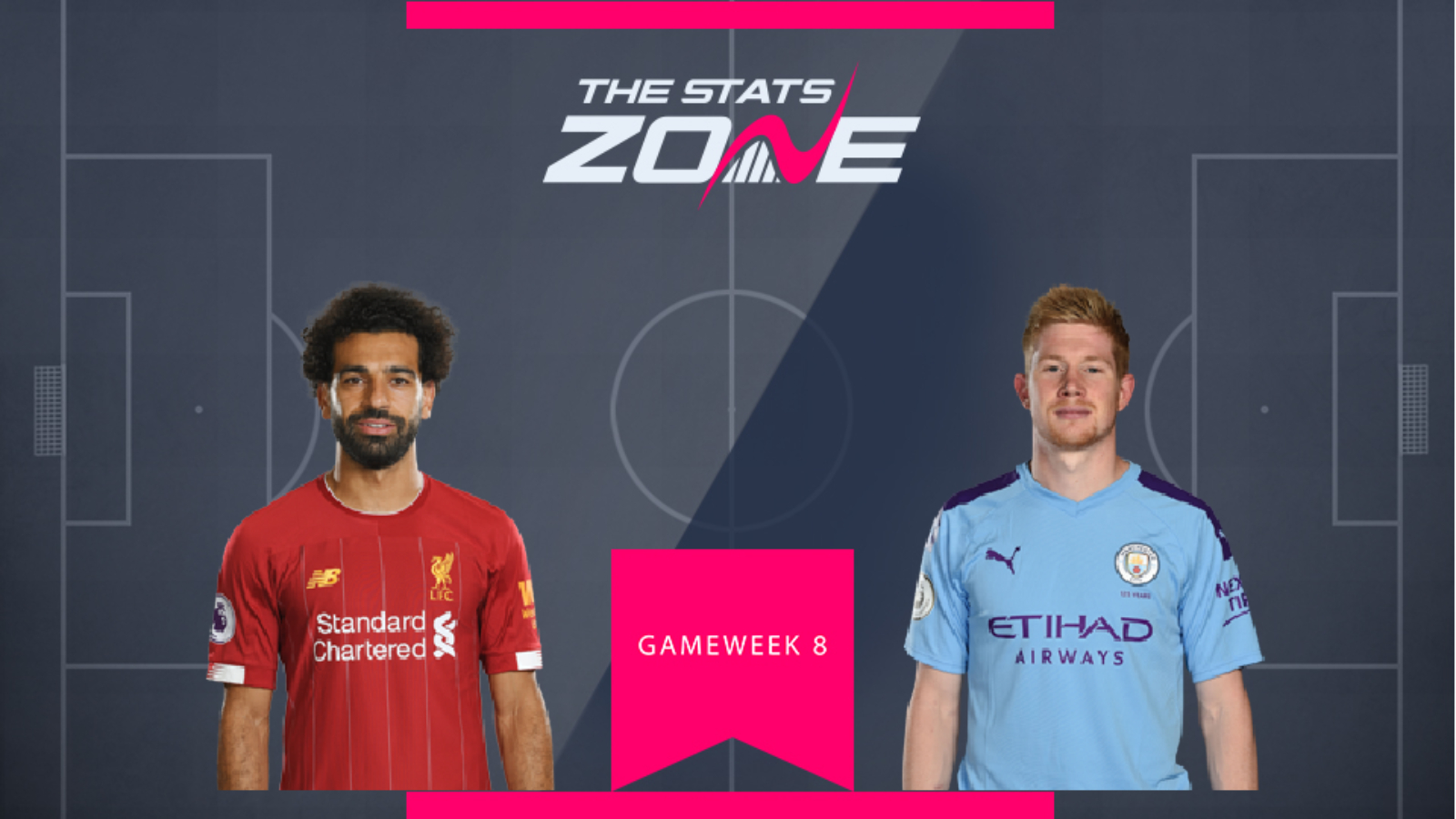 The two highest scoring FPL midfielders so far this season face home fixtures in Gameweek 8. Man City’s Kevin De Bruyne (£10.0m) take on Wolves, whilst Liverpool’s Mo Salah (£12.5m) are up against Leicester. The Foxes currently sit third in the Premier League and will pose a stiff test for Salah, having only conceded five goals in their opening seven games, but news broke this week that De Bruyne is struggling with a groin problem and having been subbed off against Everton in Gameweek 7, the Belgian was subsequently left out of City’s Champions League tie on Tuesday night. It’s worth waiting for Pep Guardiola’s pre match press conference before making a decision, but all the signs suggest that De Bruyne is an injury risk not worth taking and Salah is the sensible pick of the two. 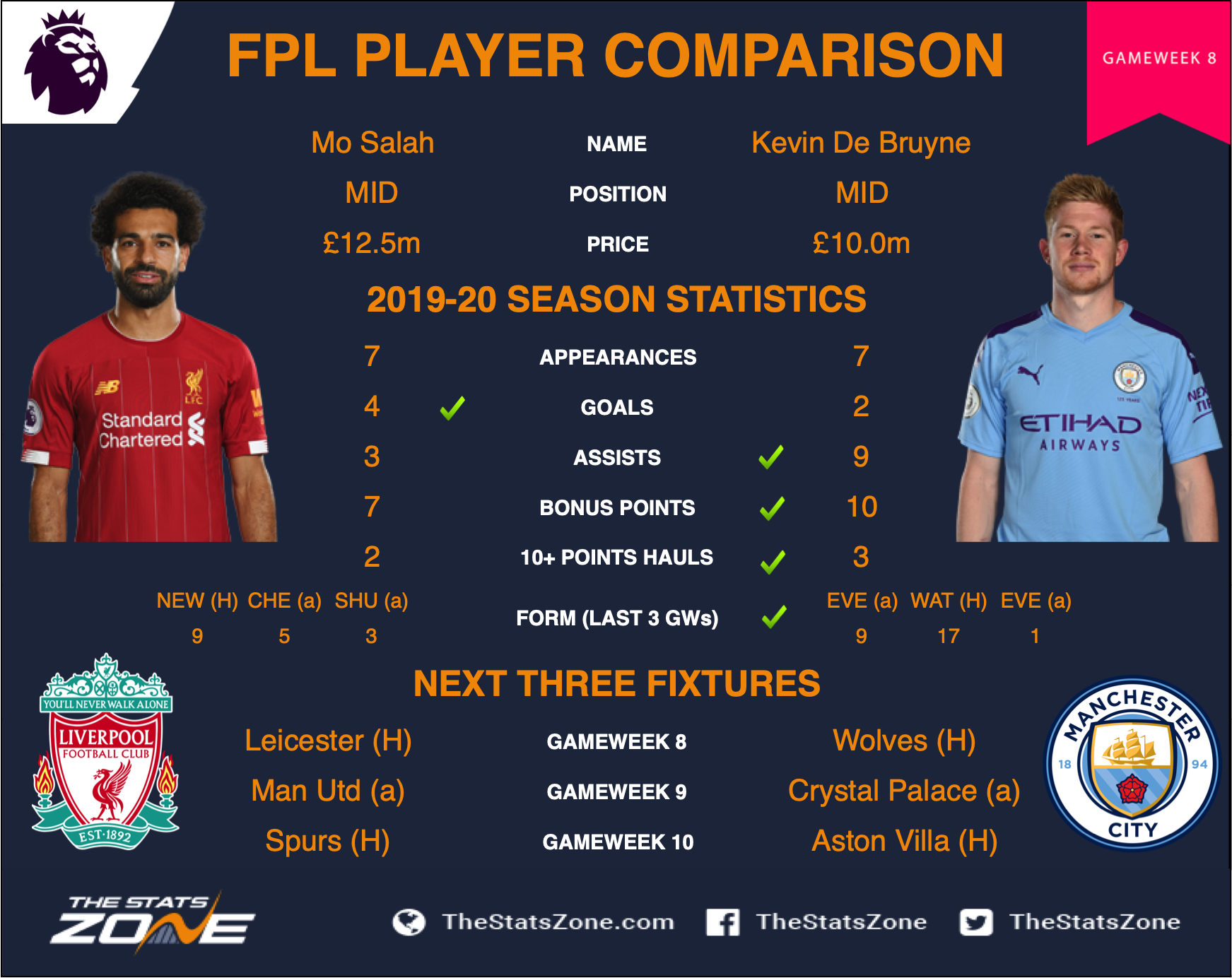