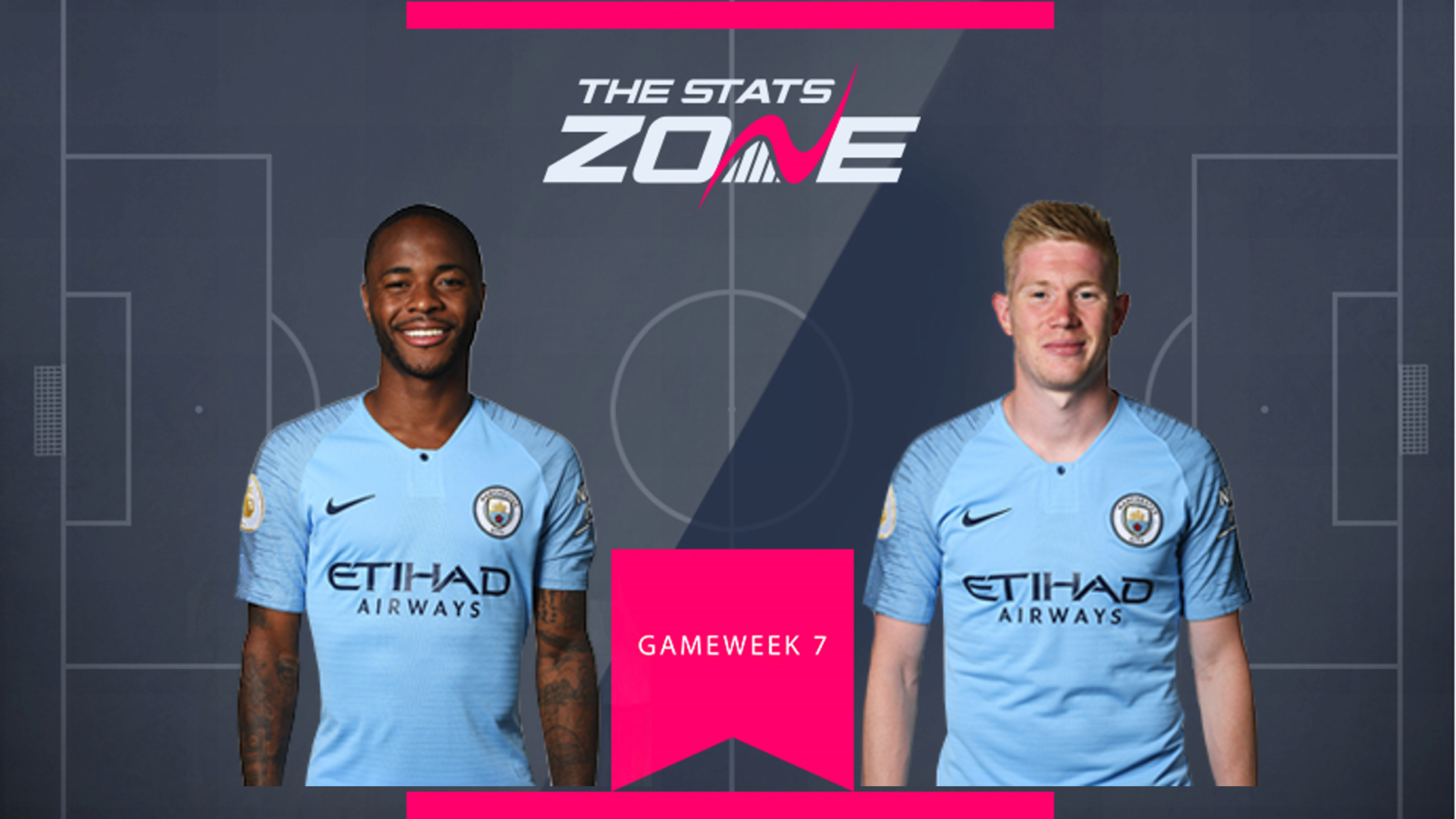 With a goal, two assists and 17 points during the 8-0 demolition of Watford, Kevin De Bruyne (£9.9m) has secured attacking returns in each of the five Premier League matches he has started this season, averaging 10.67 points per appearance for those five matches. Even in a City side that scored eight, De Bruyne was still head and shoulders above the rest of his teammates.

Raheem Sterling (£12.1m) had to settle for a place in the bench in GW6, as Pep’s rotation roulette landed on the Englishman. While Sterling is likely to come back into the starting line-up for the match against Everton this weekend, there will be some concern that the form of Riyad Mahrez (£8.5m) and Bernardo Silva (£7.8m) could keep Sterling on the bench. Those fears coupled with De Bruyne costing more than £2.0m less than Sterling, make the Belgian the right play for Gameweek 7. 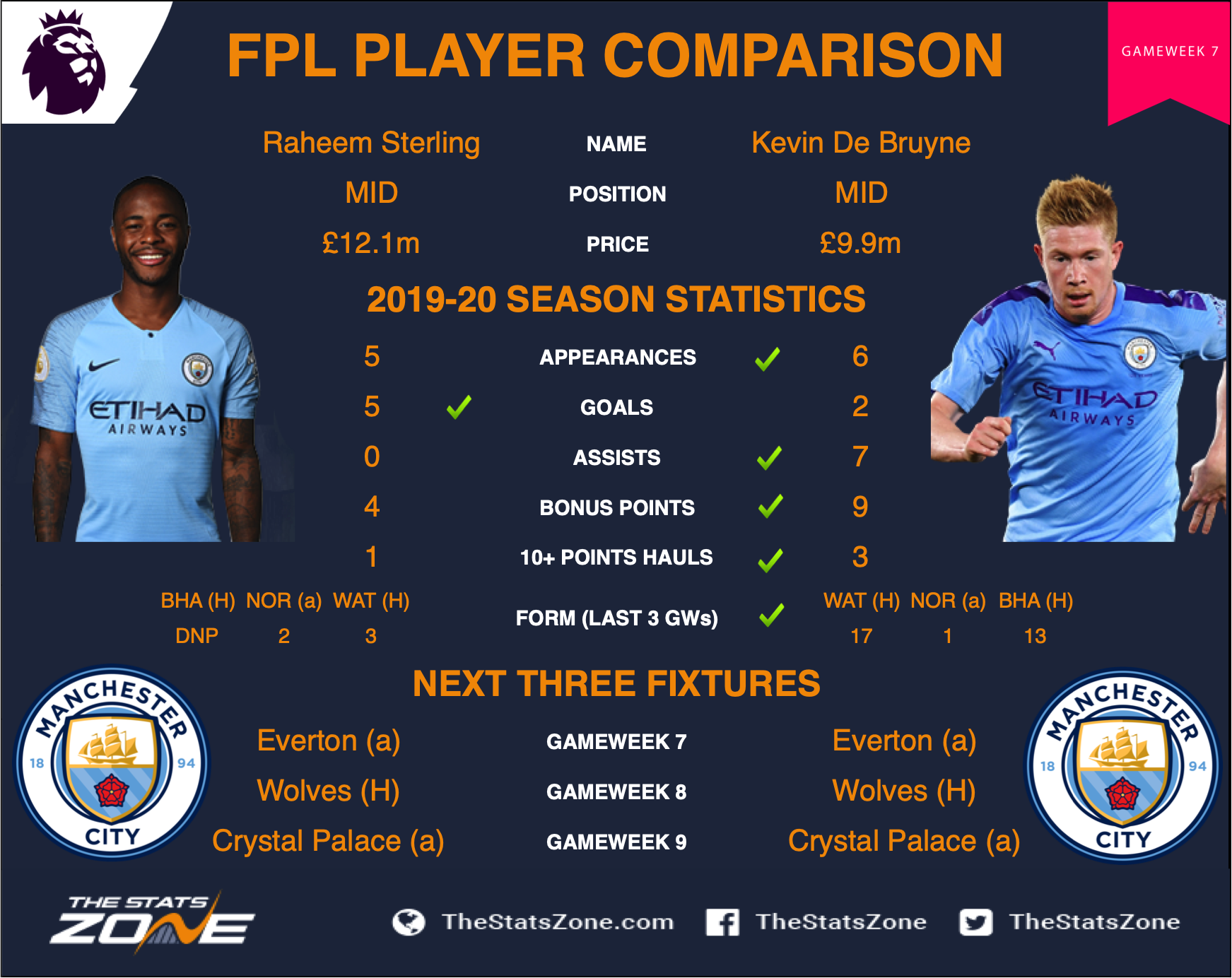