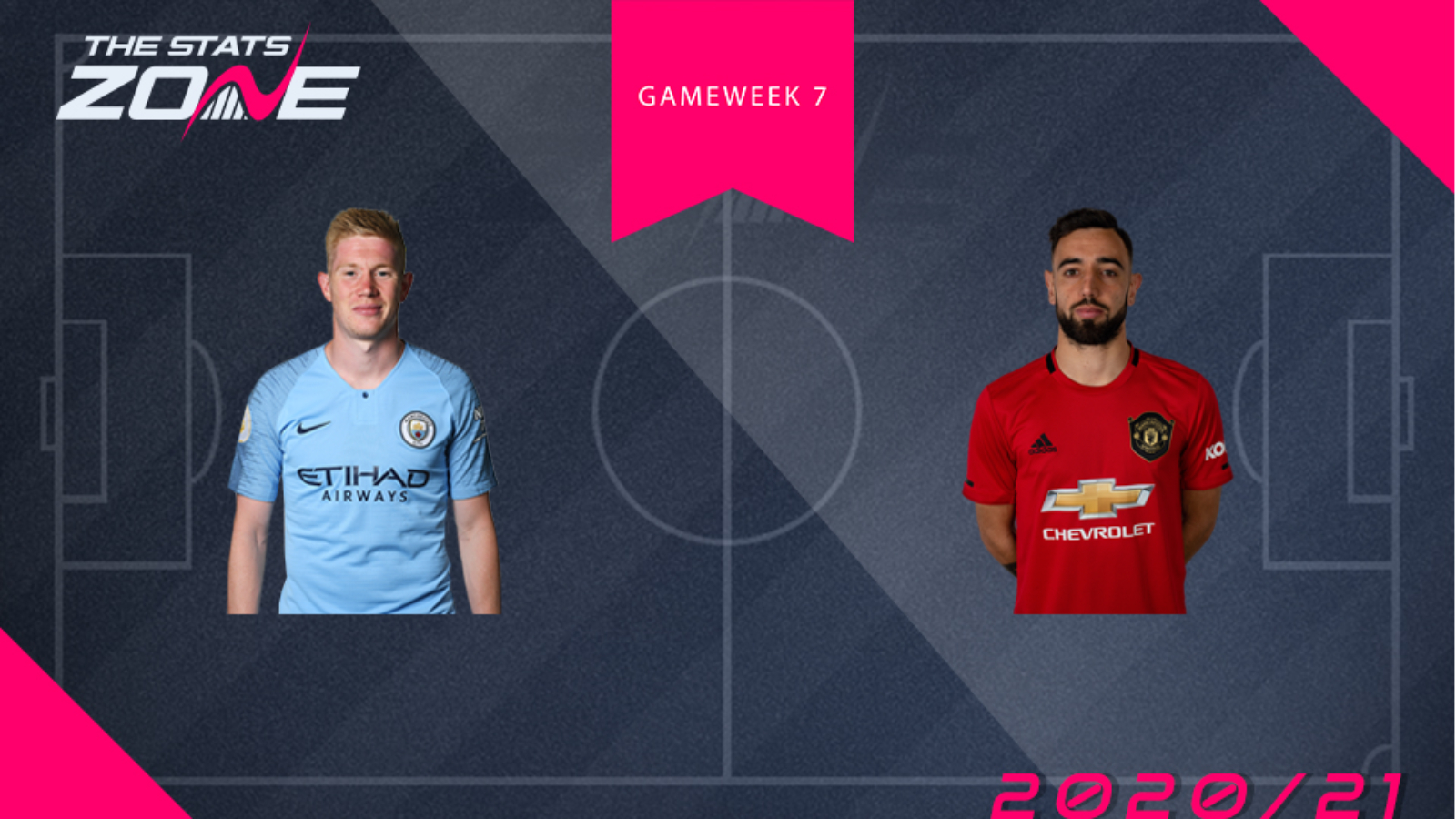 Both these set piece taking midfield maestros had quiet showings in Gameweek 6. Kevin De Bruyne (£11.5m) starting from the bench in Man City's 1-1 draw with West Ham, although the Belgian could have registered an assist for the winning goal had Raheem Sterling not wasted the chance. Bruno Fernandes (£10.5m) started for Man Utd against Chelsea, however he like De Bruyne also blanked although a clean sheet point saw him pick up three FPL points compared to De Bruyne's one point.

Both will hope for better in Gameweek 7. De Bruyne and Man City travel to Sheffield Utd, whilst Fernandes and Man Utd host Arsenal. The Blades have proven a favourable opponent for De Bruyne in the past, who scored once and recorded two assists over the course of two games against the South Yorkshire based side last season. Man Utd games against Arsenal have proven understandably feisty in past season's which could led to yellow cards in the game. When also taking into account that Arsenal have conceded less than two goals in all but one league game this season, you have to give De Bruyne the edge over Fernandes. Sheffield Utd currently sit in the Premier League relegation places and Man City will be determined to bounce back from their draw with West Ham.