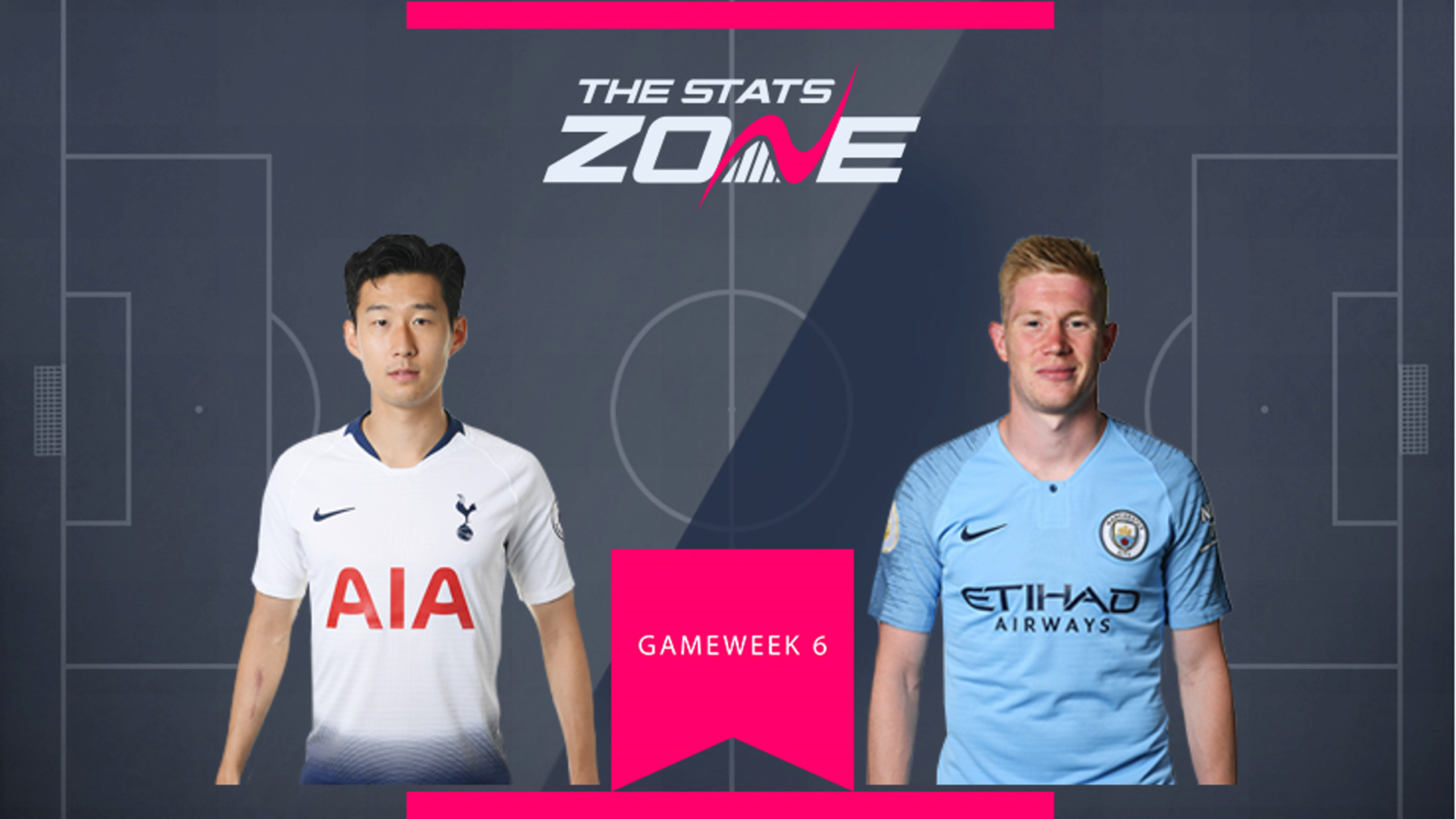 Before being benched for the match against Norwich in Gameweek 5, Kevin De Bruyne (£9.8m) was one of only four players to have secured attacking returns in each of the first four games of the season. The Belgian international already has one goal and five assists to his name, averaging an impressive 7.40 points per appearance. Man City play Watford in Gameweek 6, a team he managed a goal and assist against in the FA Cup final last year.

Son has settled straight back into 2018-19 form following his suspension at the start of the season, scoring 23 points in his last three matches, including a hat-trick against Crystal Palace last time out. Spurs travel to Leicester next – a venue where Son has an excellent record. In four appearances at the King Power Stadium, the South Korean has registered four goals along with two assists while scoring 32 FPL points at an average of 10.67 per game. However, despite this fantastic record, a home match for De Bruyne against Watford is too appealing to ignore. 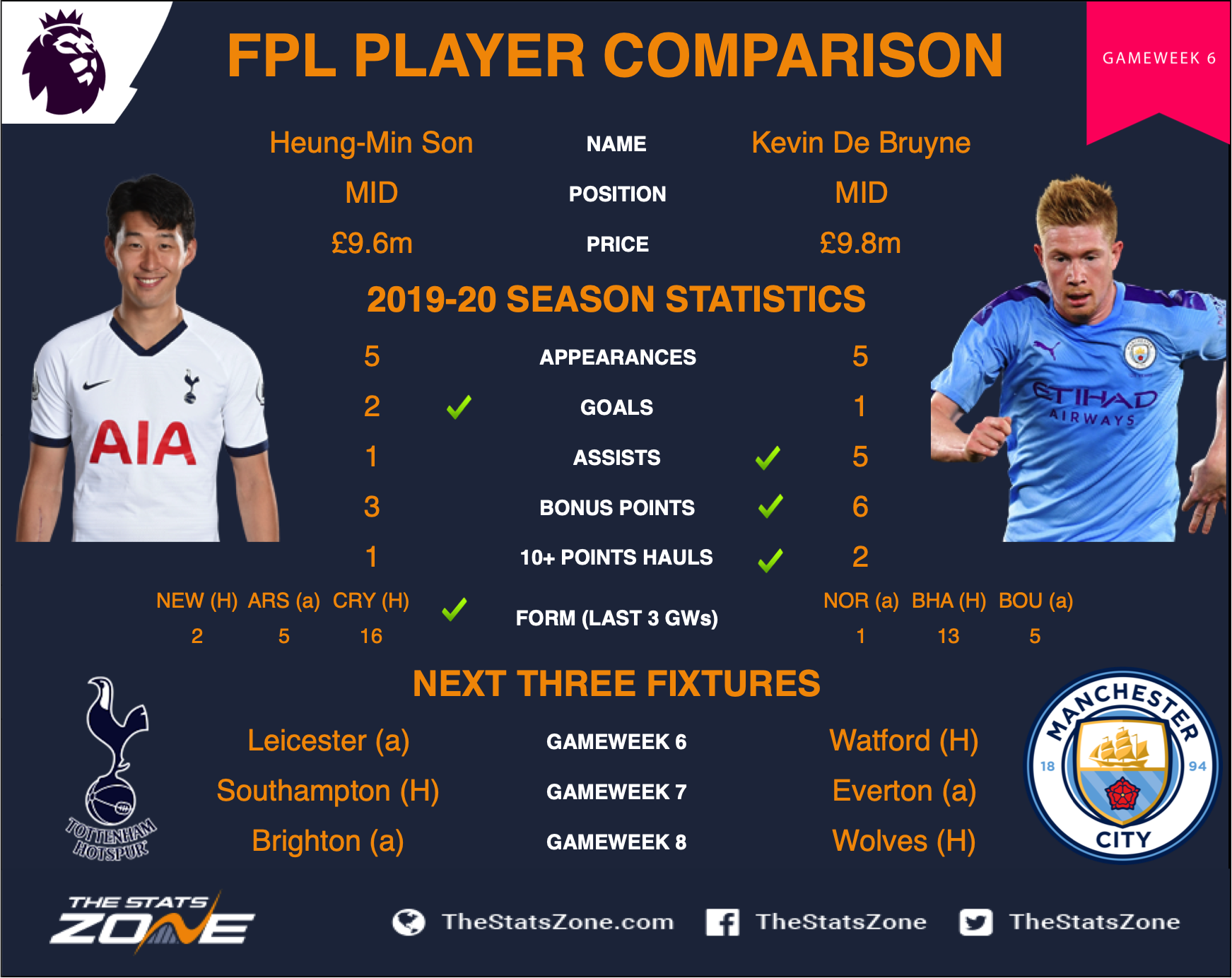