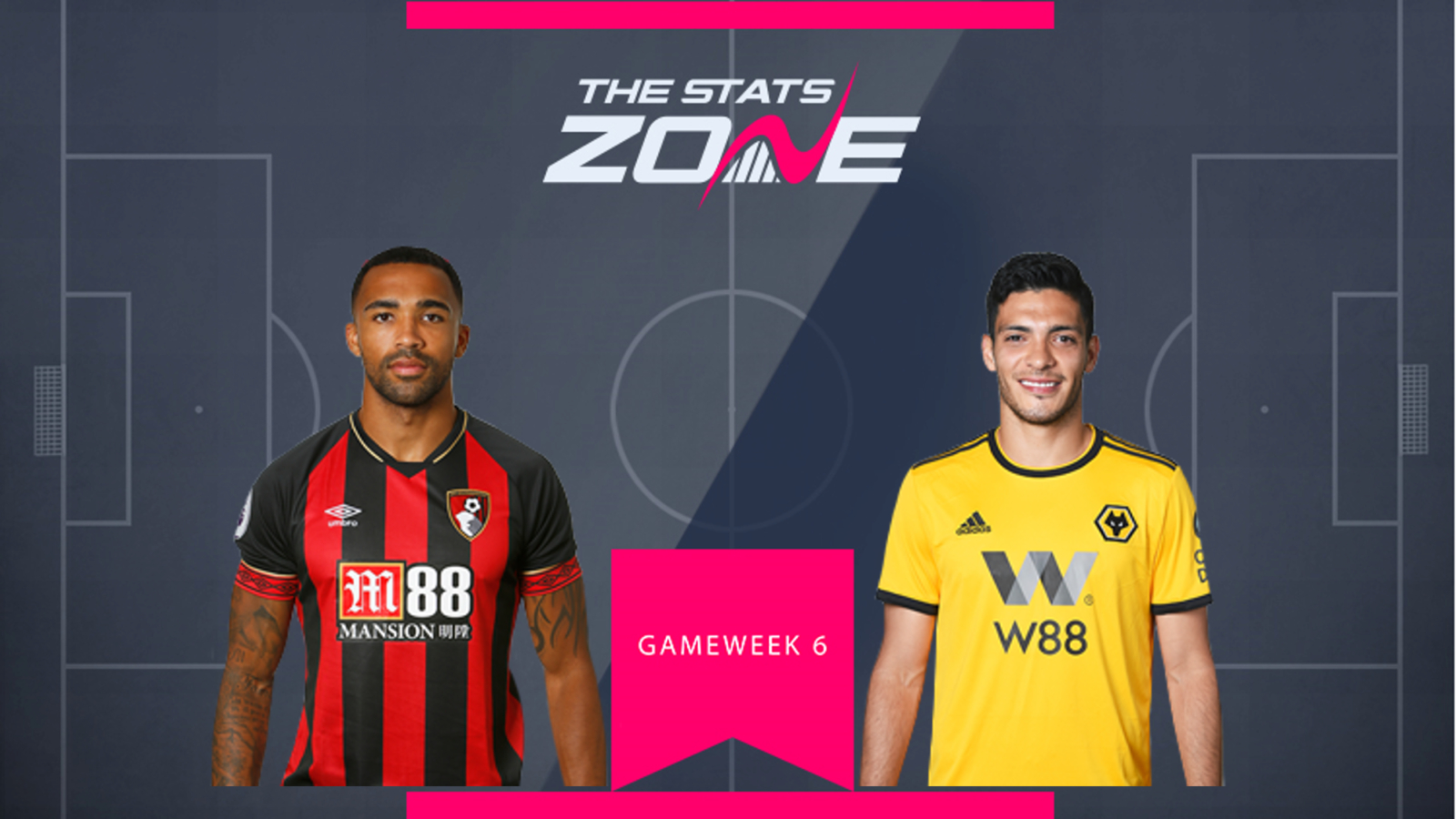 Two of the stand-out budget forwards at the start of the season, both Callum Wilson (£7.8m) and Raul Jimenez (£7.3m) have seen their starting prices fall £0.2m since then as FPL managers have become unsatisfied at their starts. For those owners who have kept the faith, Jimenez has returned two goals in his last three matches. Wilson, meanwhile, is one of just three players, along with Sergio Aguero (£12.1m) and Pierre Emerick-Aubameyang (£11.0m), to have registered attacking returns in every gameweek so far this season. On the fixture front, Wolves travel to Crystal Palace who have yet to concede at home, while Bournemouth travel to Southampton for the south coast derby – a game which last season finished 3-3 with Wilson bagging two goals. 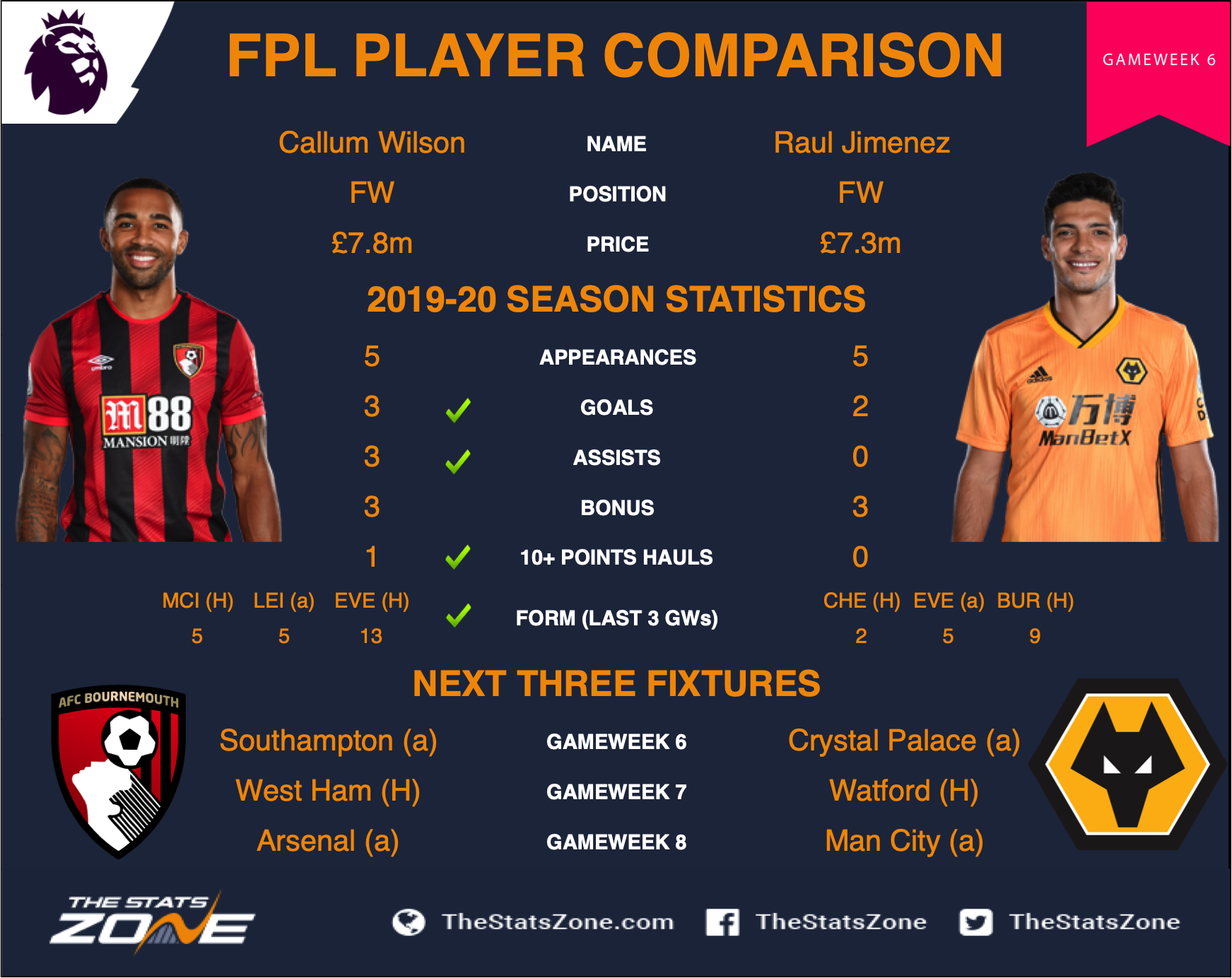