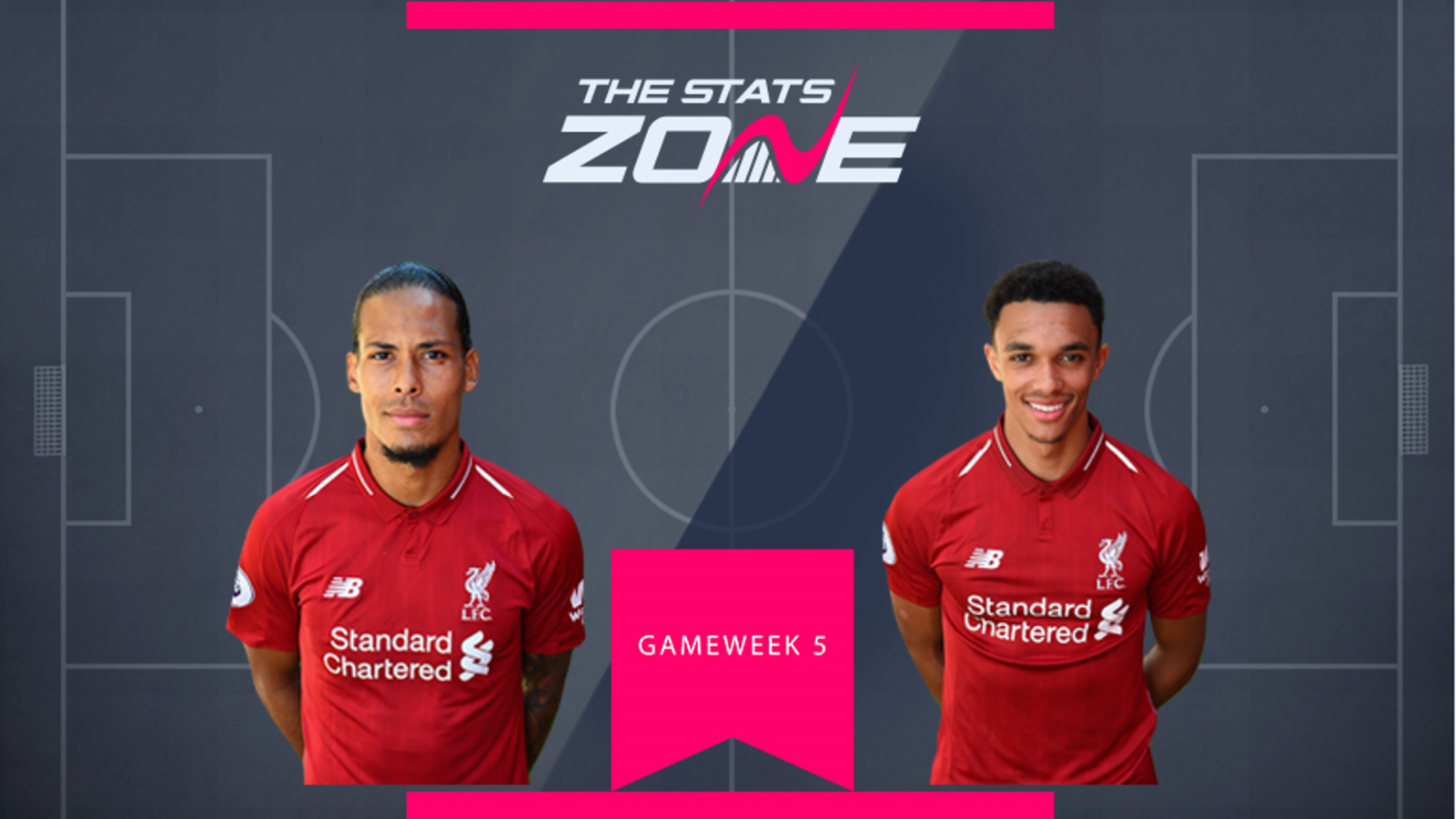 After finally keeping a clean sheet in GW4, Liverpool will be looking to make it two in two with a favourable home fixture against Newcastle in GW5. While Trent Alexander-Arnold (£7.0m) has kept his weekly scores ticking over, securing assists in three of the opening four matches, Virgil van Dijk (£6.5m) scored most of his points in GW1 after he found the net against Norwich. The choice between the two boils down to the question – is Alexander-Arnold worth the extra £0.5m when comparing their potential minutes and attacking returns? Having not missed a Premier League match in over a year, Van Dijk offers the security of minutes, while with 17 attacking returns in his last 33 Premier League matches, Alexander-Arnold is, on average, the heavier point-scorer per appearance. 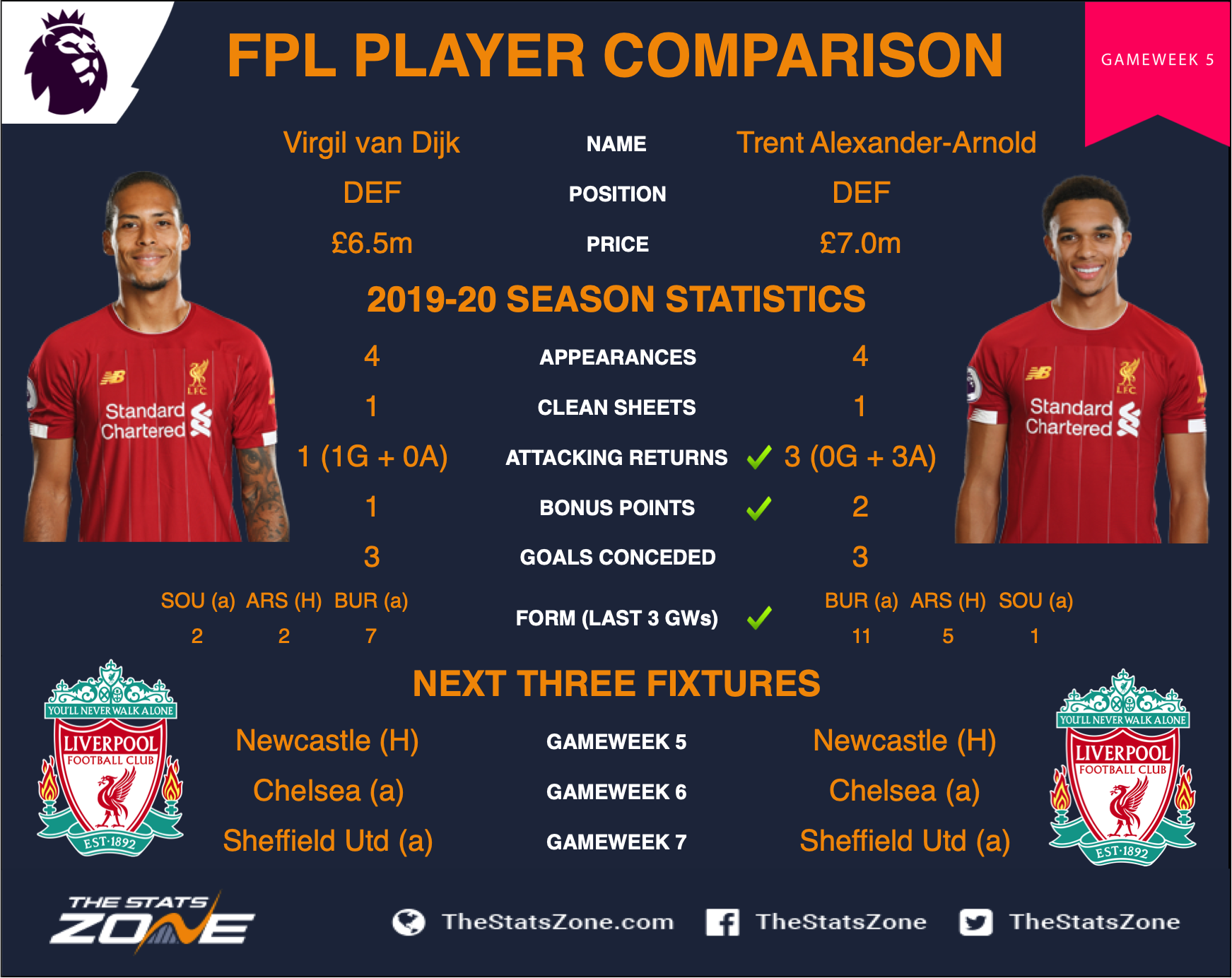