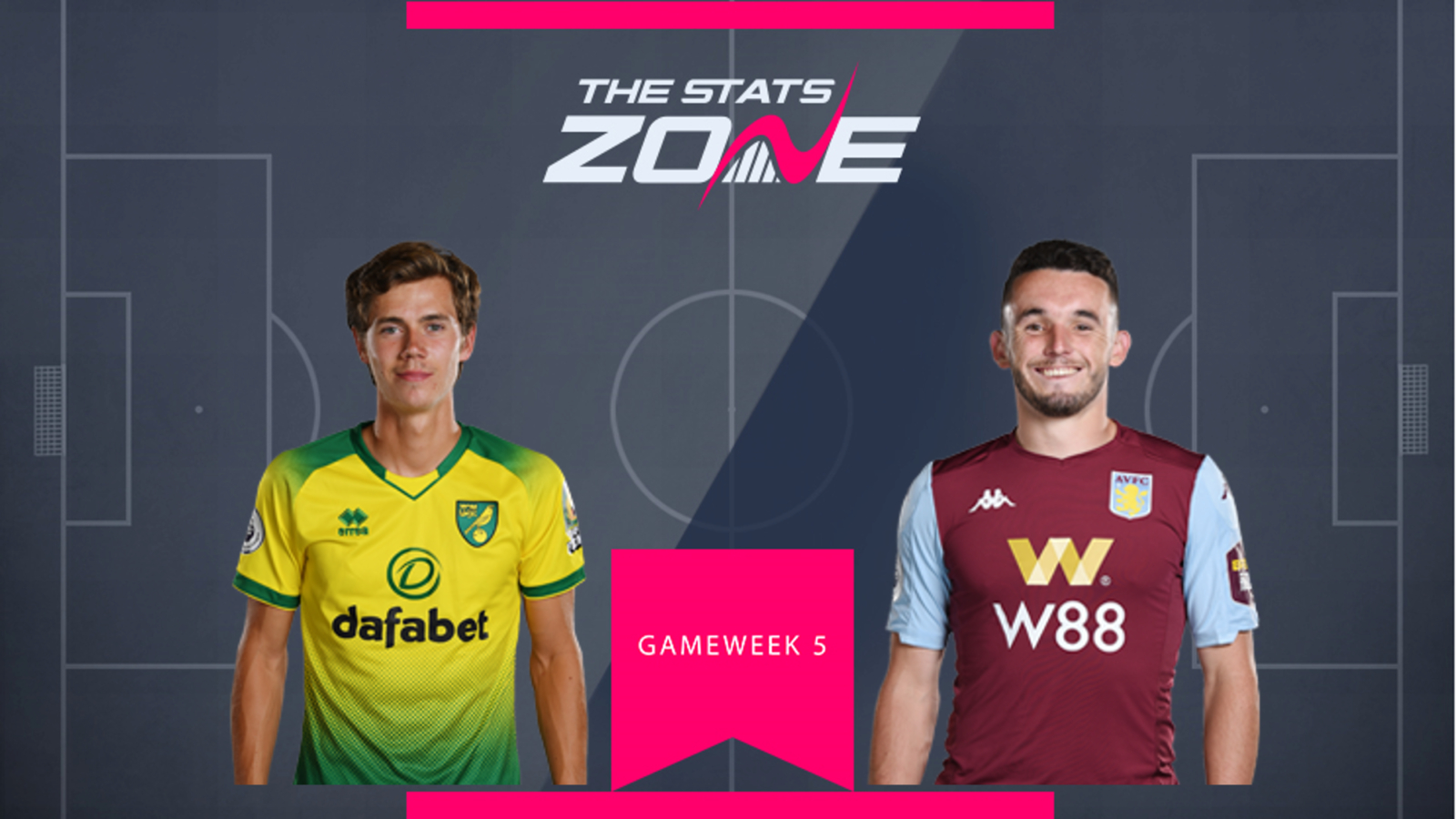 While it is Teemu Pukki stealing all the headlines for Norwich in the opening gameweeks, Todd Cantwell (£4.8m) has gone under the radar but leads the way with 21 points so far among midfielders valued at £5.0m or less. For a player that is something or a budget enabler, he is a player that is contributing and is worth a place in your squad at the very least. His upcoming fixture against Man City is followed by away matches against Burnley and Crystal Palace and then a home match against Aston Villa.

John McGinn (£5.6m) has been the standout player for Aston Villa so far and he has racked up 17 points so far. Team-mate Douglas Luiz is valued at just £4.6m and may appear more tempting for FPL owners but McGinn passes the eye test and should be involved in far more of Villa’s attacking play and output as the season progresses. That said, Cantwell’s cheaper price and more advanced role makes him more appealing right now. 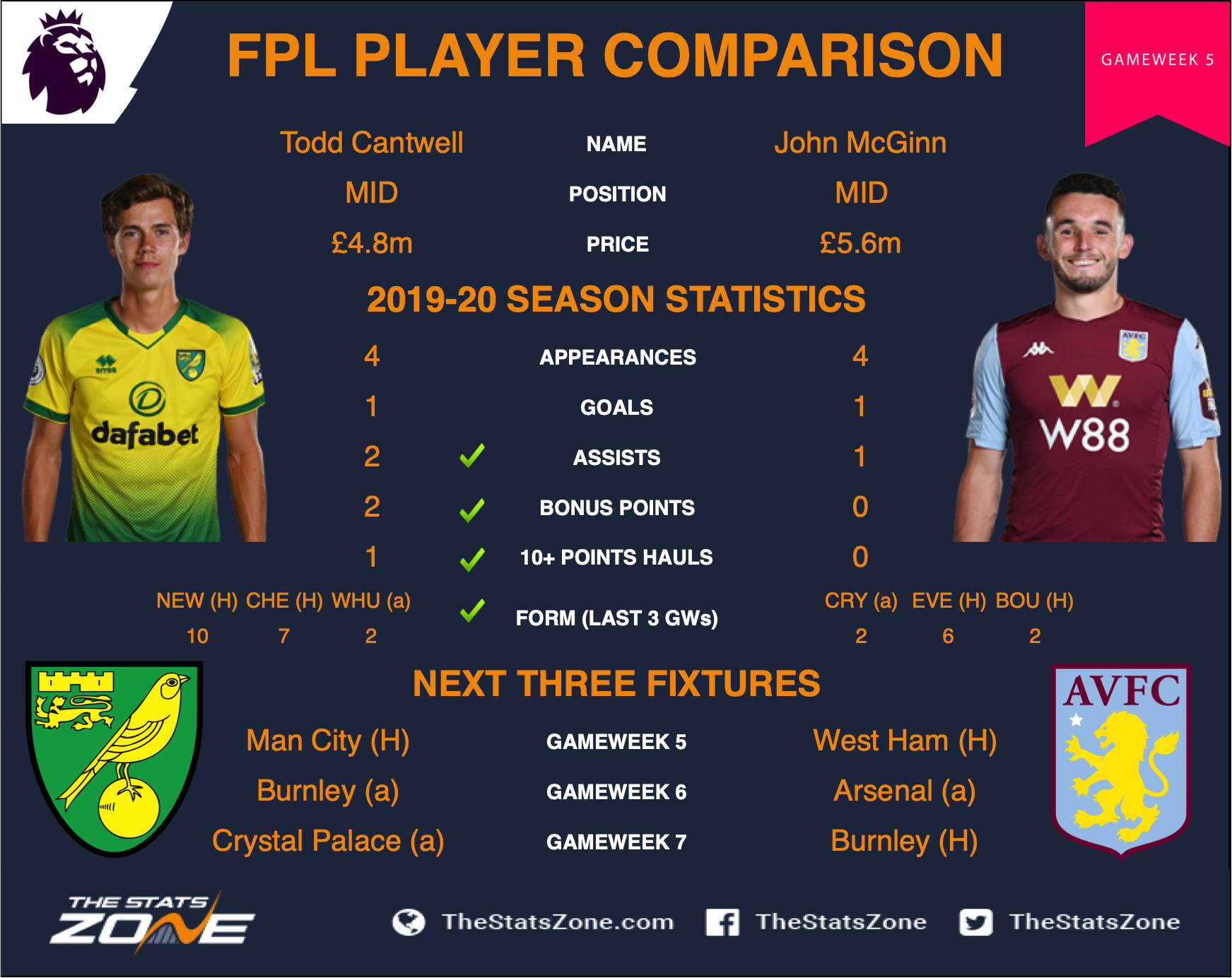