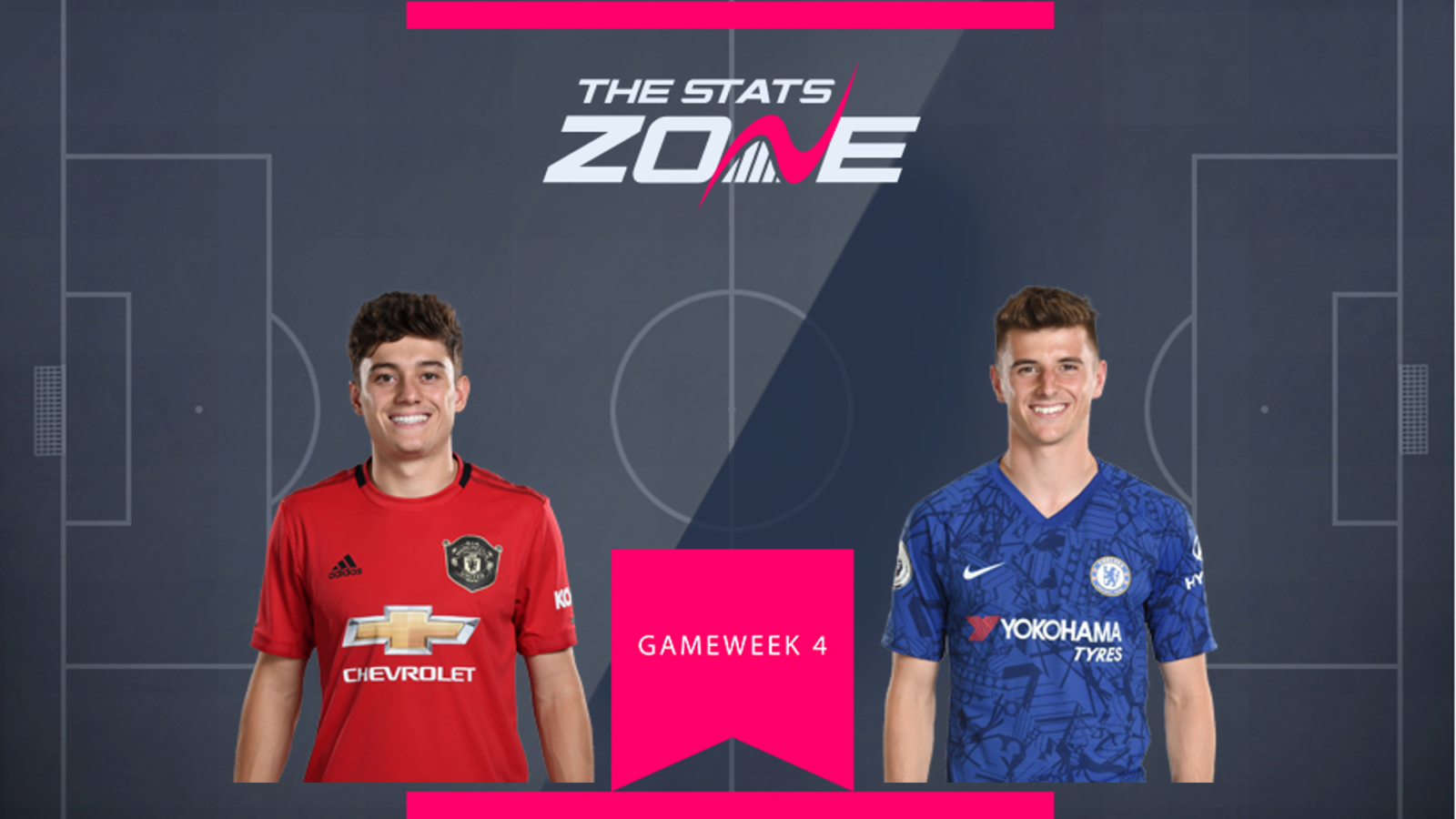 Two players that set the Championship alight last season, Daniel James (£6.0m) and Mason Mount (£6.2m), are showing they can perform just as well in the Premier League. Managed by Lampard at Derby last season, it is clear the new Chelsea boss has complete trust in the Mount. This trust has been repaid with two goals in Chelsea’s opening three fixtures.

Despite not starting in GW1, James also has two goals to his name and has now played almost 90 minutes in United’s last two fixtures. Due to the injury suffered by Anthony Martial (£7.7m), the Welshman is likely to retain his starting berth for the match against Southampton. While both offer similar attacking threats, Mount has the added advantage of taking corners and set-pieces for Chelsea, thus providing additional avenues for potential attacking returns.

NOTE: Mason Mount is currently doubtful for GW4 after being taken off as a precaution in the match against Norwich 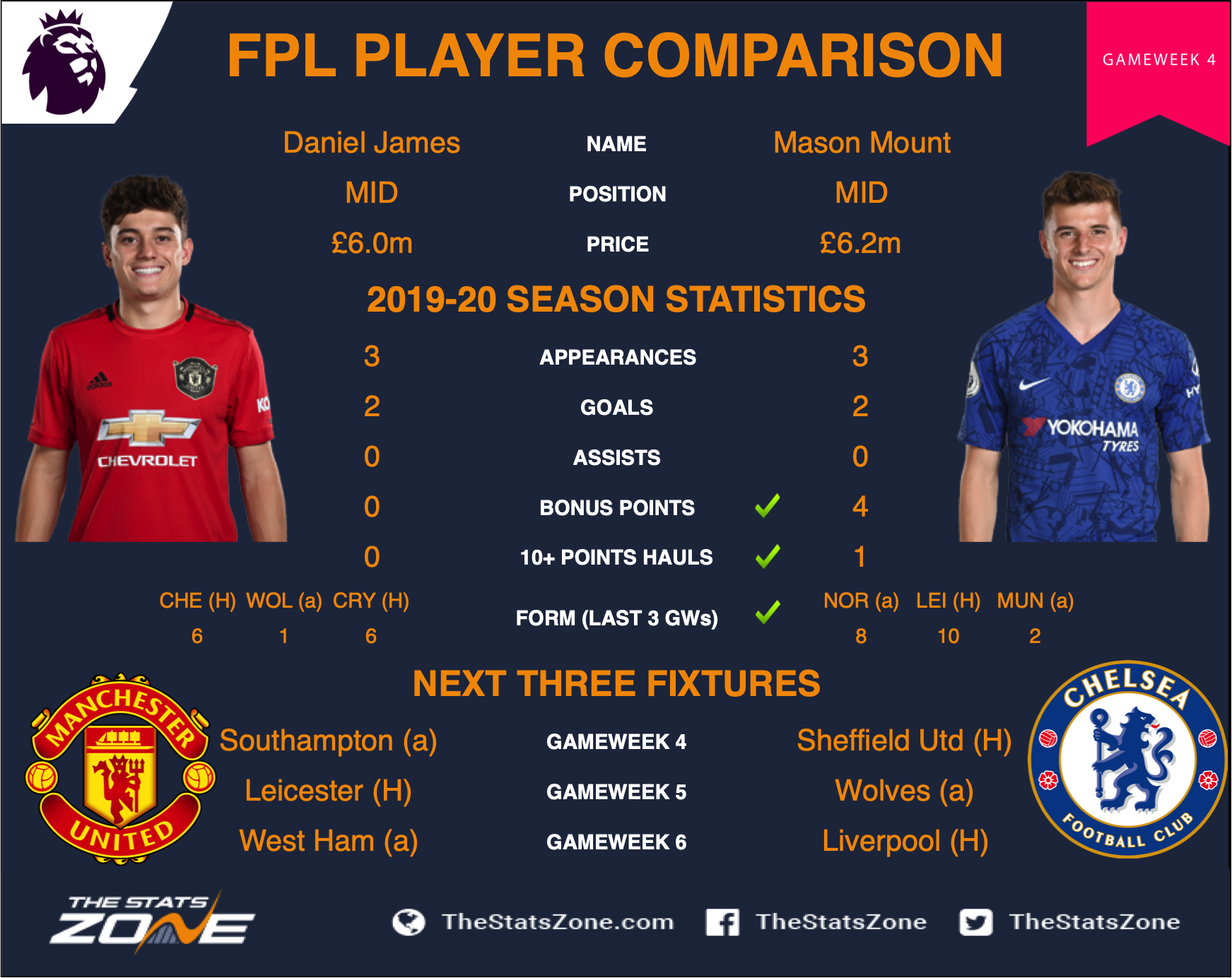