Currently the two top scoring forwards in FPL, Teemu Pukki (£7.0m) and Ashley Barnes (£6.6m) have made a mockery of their initial starting prices in FPL, with both having scored in their opening three matches. While Pukki’s record in the Championship was excellent, Barnes also has a fantastic recent record with only Sergio Aguero (£12.0m) and Sadio Mane (£11.5m) having scored more Premier League goals than the Burnley man in 2019. Both have two favourable looking fixtures and a difficult one in their next three, with Burnley set to face Liverpool in GW4 and Norwich hosting Man City in GW5. The choice between the two comes down to who is more likely to keep their run going. Norwich have won plaudits for their brand of attacking play, while Burnley and Dyche are generally known for their more defensive outlook. With both being priced at a similar amount, it is Pukki who would appear to be in a better position to keep his run going. 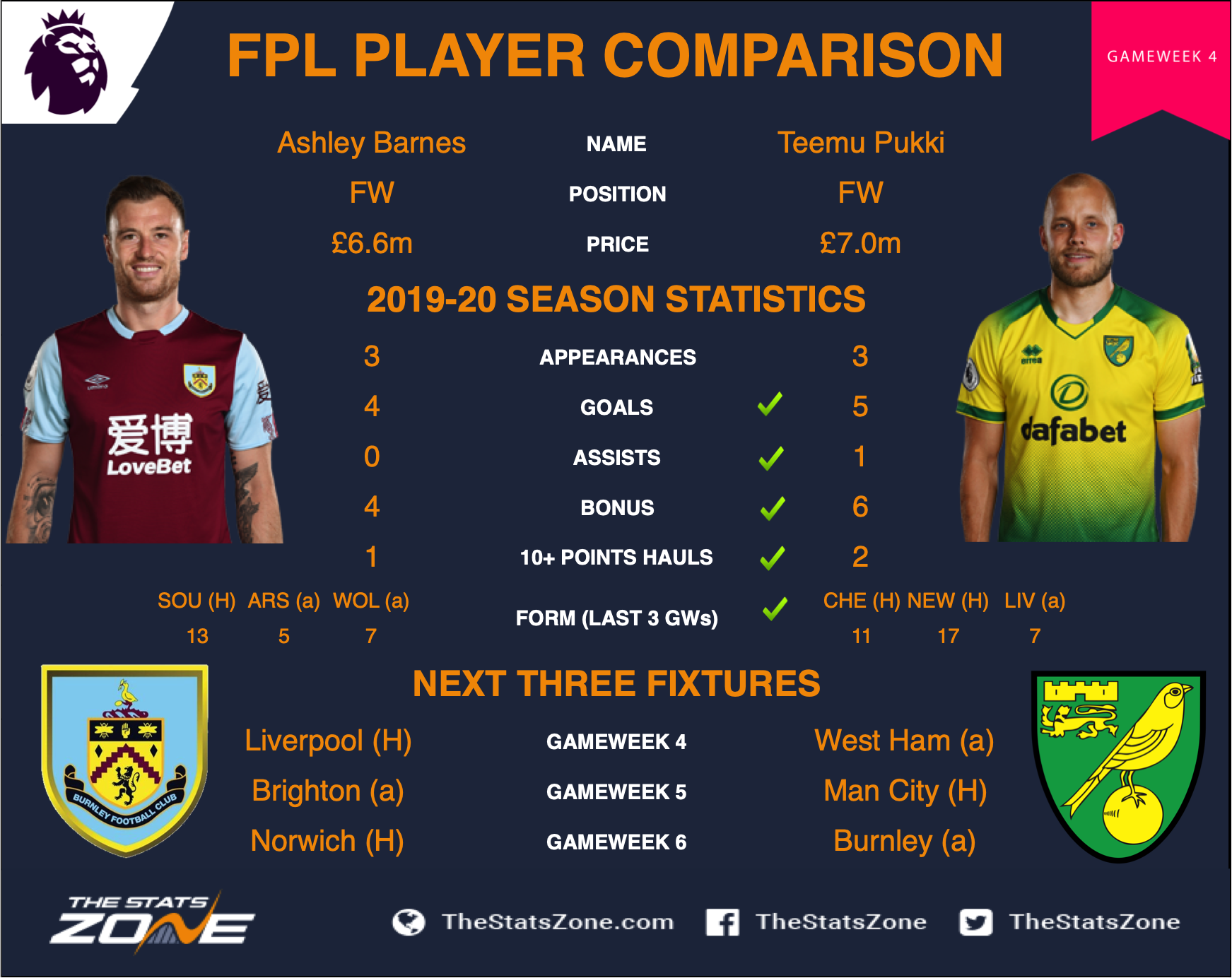