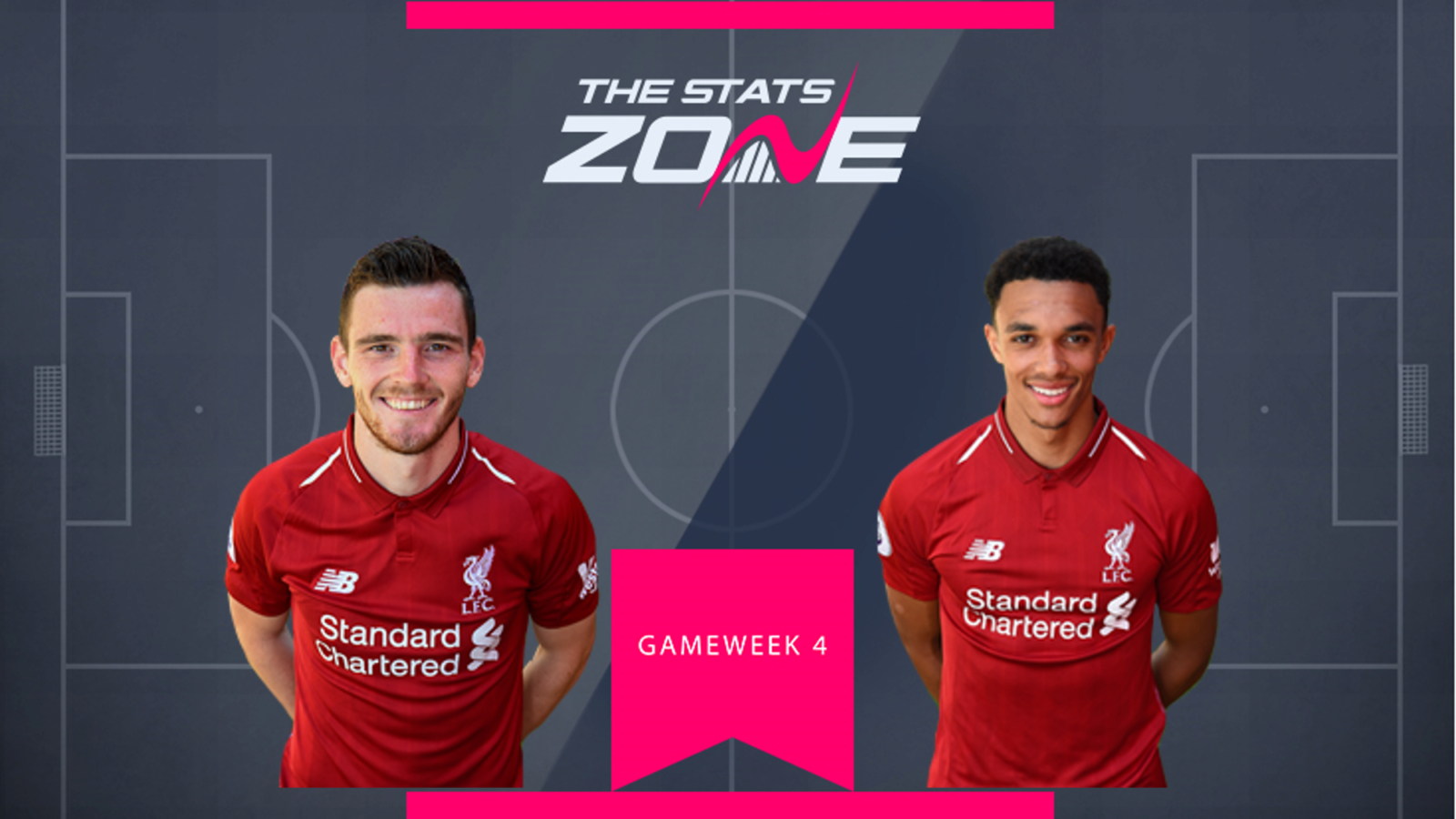 No clean sheets in the opening three gameweeks has seen stock in the Liverpool defence fall. However, despite not keeping clean sheets, both Andrew Robertson (£6.9m) and Trent Alexander-Arnold (£7.0m) have looked dangerous in attack with Alexander-Arnold already securing two assists while Robertson has had more shots on goal (six) than any other FPL defender. The clean sheets for Liverpool will eventually start to flow so the choice between the two still boils down to who is more likely score extra points through attacking returns. With two to his name already, at the moment it is currently the right-back who provides more assurances at that end of the field. 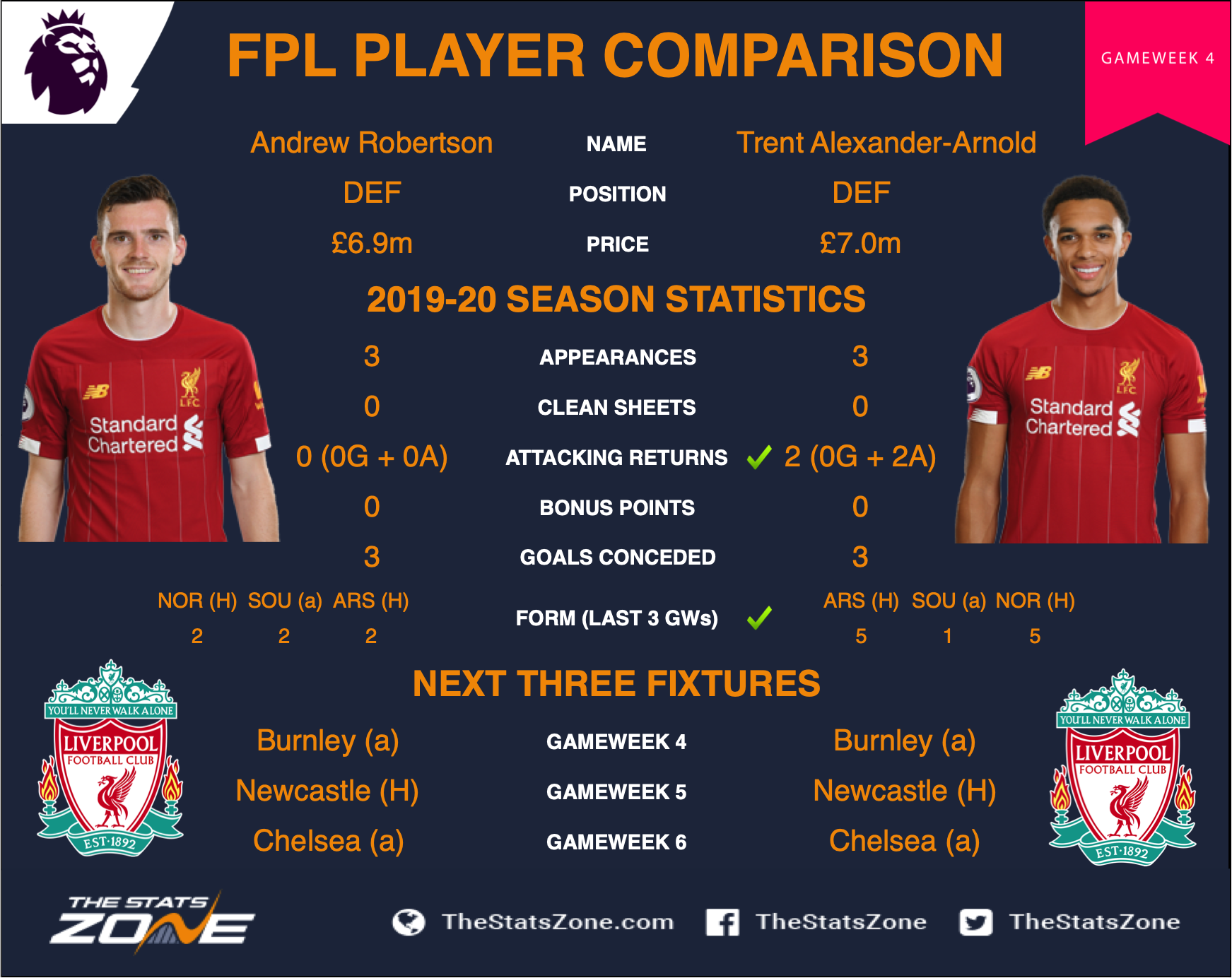