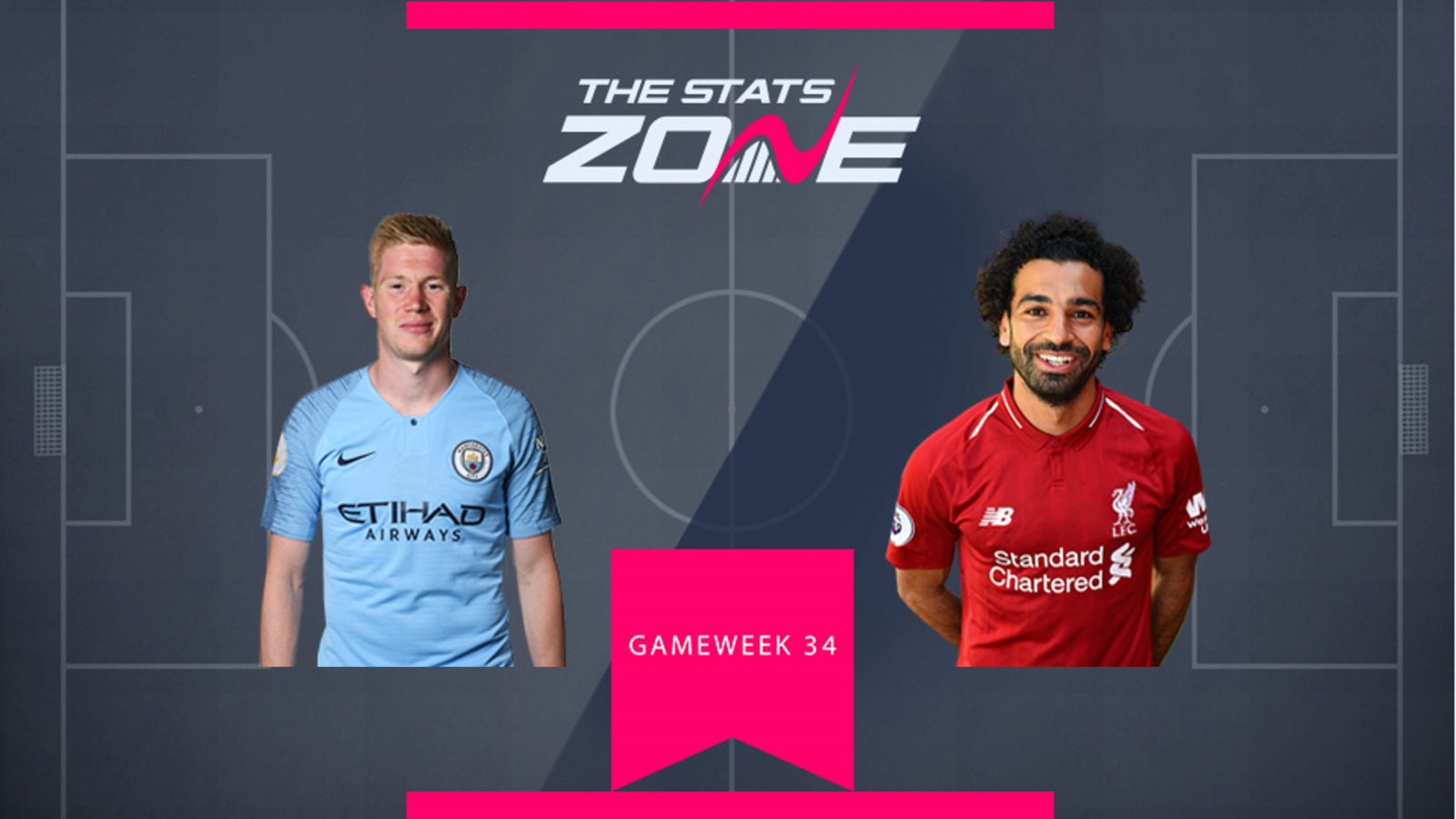 Kevin De Bruyne (£10.8m) and Mohamed Salah (£12.6m) are the two top-scoring players in FPL this season and the pair will have plenty of opportunities to add to their respective totals of 216 and 205 in Gameweek 34+. De Bruyne’s Man City host Newcastle and if their recent FA Cup clash is anything to go by, it could be a very profitable outing for KDB. Liverpool, meanwhile, travel to Brighton and the newly crowned champions are likely to dominate against the south coast outfit after they were recently on the end of a 0-3 loss to Man Utd.

De Bruyne was afforded a rest in his side’s shock loss to Southampton on Sunday with him logging just 31 minutes from the bench so he looks a shoo-in to start this contest. He has scored in his last two starts, registering eight points against Chelsea before collecting a 14-point haul against Liverpool. That kind of form bodes well for this clash, especially after he was on the scoresheet in the aforementioned FA Cup clash with Newcastle. Salah on the other hand has failed to score in his last two matches but only once this season has he not found the net in three consecutive matches when starting so he will believe he can add to his 17 league goals here. Even if Salah does bag, De Bruyne looks more capable of posting the bigger score here and extend the 11-point lead he holds over the Egyptian at the top of the scoring charts.