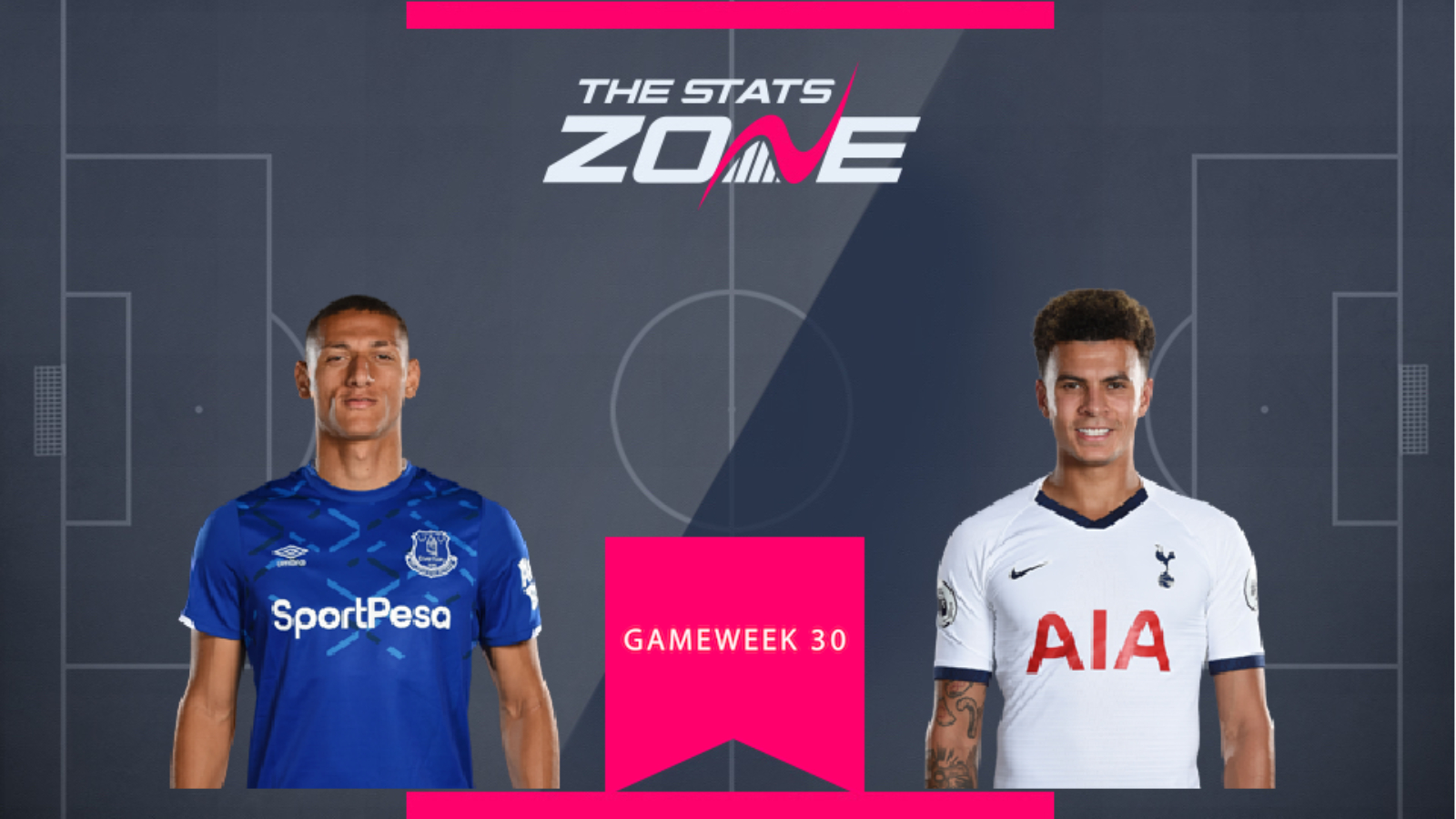 Richarlison (£8.3m) was denied an assist in Gameweek 29 as Dominic Calvert-Lewin failed to convert after being put through by the Brazilian. Ultimately, it was a miserable day for Everton who lost 4-0 at Chelsea. Spurs managed to grab a draw away to Burnley with Dele Alli (£8.3m) scoring a penalty for the North London side, his third attacking return in his last two league starts. It appears that Alli is now the club's primary penalty taker with both Kane and Son injured.

Everton host bitter rivals Liverpool in Gameweek 30, whilst Spurs welcome Man Utd to the Tottenham Hotspur Stadium. It will be difficult for Alli to register an attacking return against a side who has kept four clean sheets in their last five league matches. Richarlison, however, has accrued 28 FPL points in the four games he has played at Goodison Park under Toffees manager Carlo Ancelotti. With two goals and one assist in his last four games, we're edging him over Alli here, with questionable second-choice keeper Adrian set to continue in goal for Liverpool in the absence of Alisson. 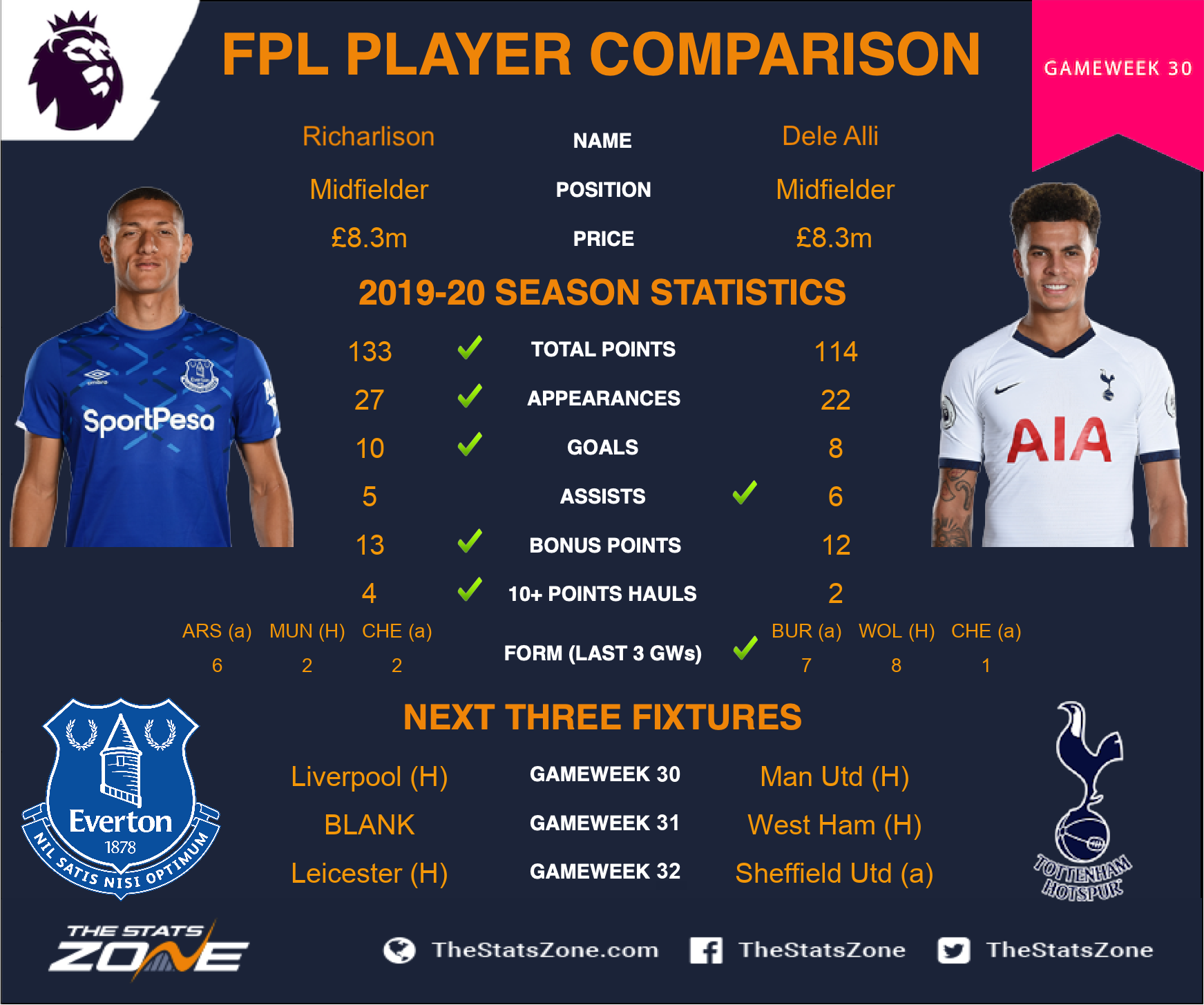