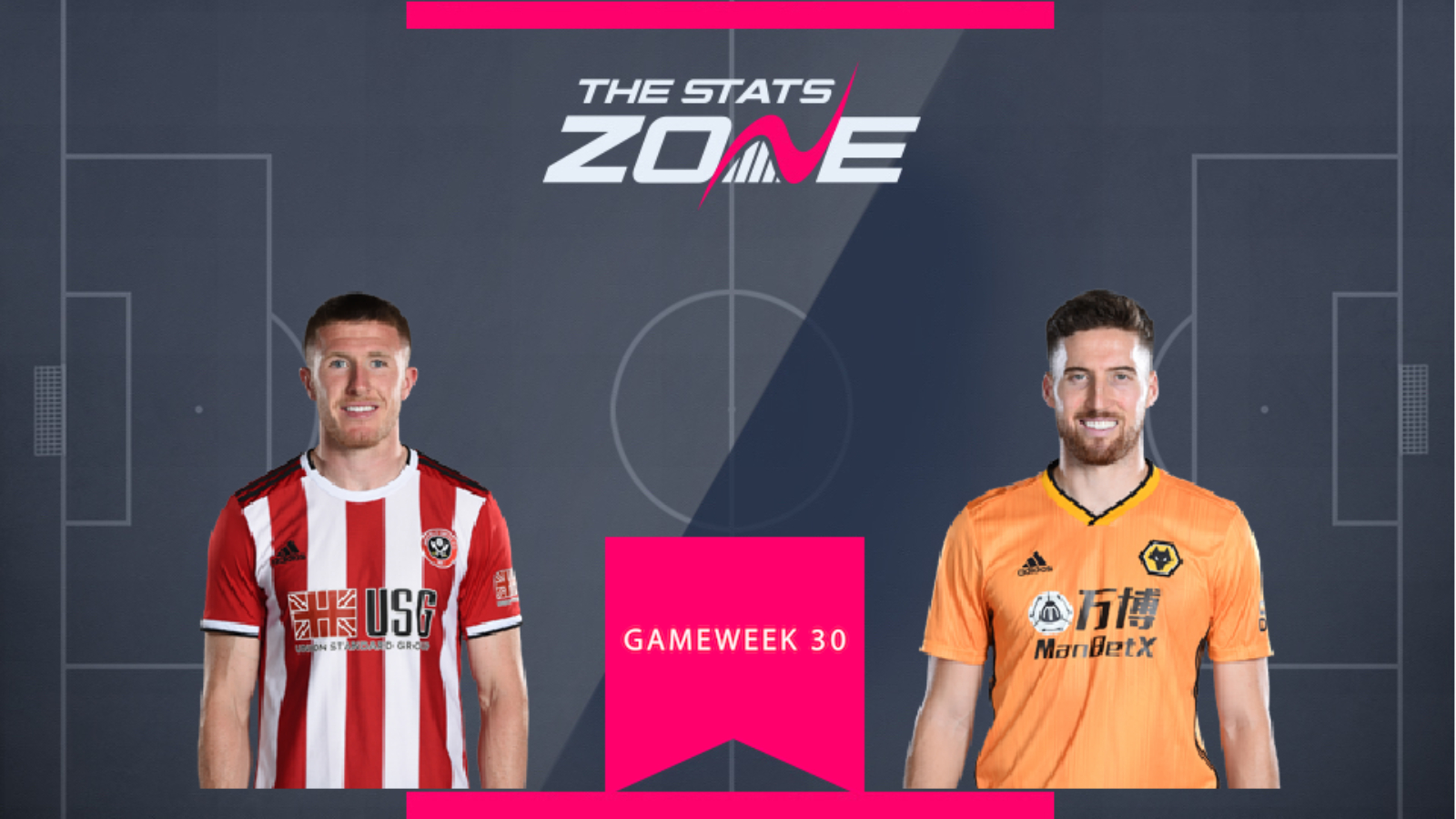 The hero of this FPL season, John Lundstram (£4.8m) returned to the Sheffield Utd Premier League starting line-up with a bang in Gameweek 29. After losing his place over the last few weeks, Lundstram proved a point to Chris Wilder and all those FPL managers who had sold him, assisting the only goal of the game and securing a clean sheet to earn 12 FPL points. "The Lord" had four shots over the course of the game with three of them in the box.

Despite being in excellent attacking form lately, Wolves defender Matt Doherty (£6.2m) was unable to add to his two assists and one goal that he had accrued in his previous two league fixtures leading up to Gameweek 29. However, Doherty did secure a clean sheet in Wolves' 0-0 draw at home to Brighton. He has now accumulated 40 FPL points over the last five gameweeks.

This weekend sees Sheffield Utd travel to a Newcastle side who have scored just one goal in their last five league games, whilst Wolves are away to relegation threatened West Ham. The fixture favours Lundstram, who stands at £1.4m cheaper than Doherty. He looks to have regained his starting birth in the Blades side and there remains no other player in FPL this season who has proven more of a must own when starting every week than Lundstram has. 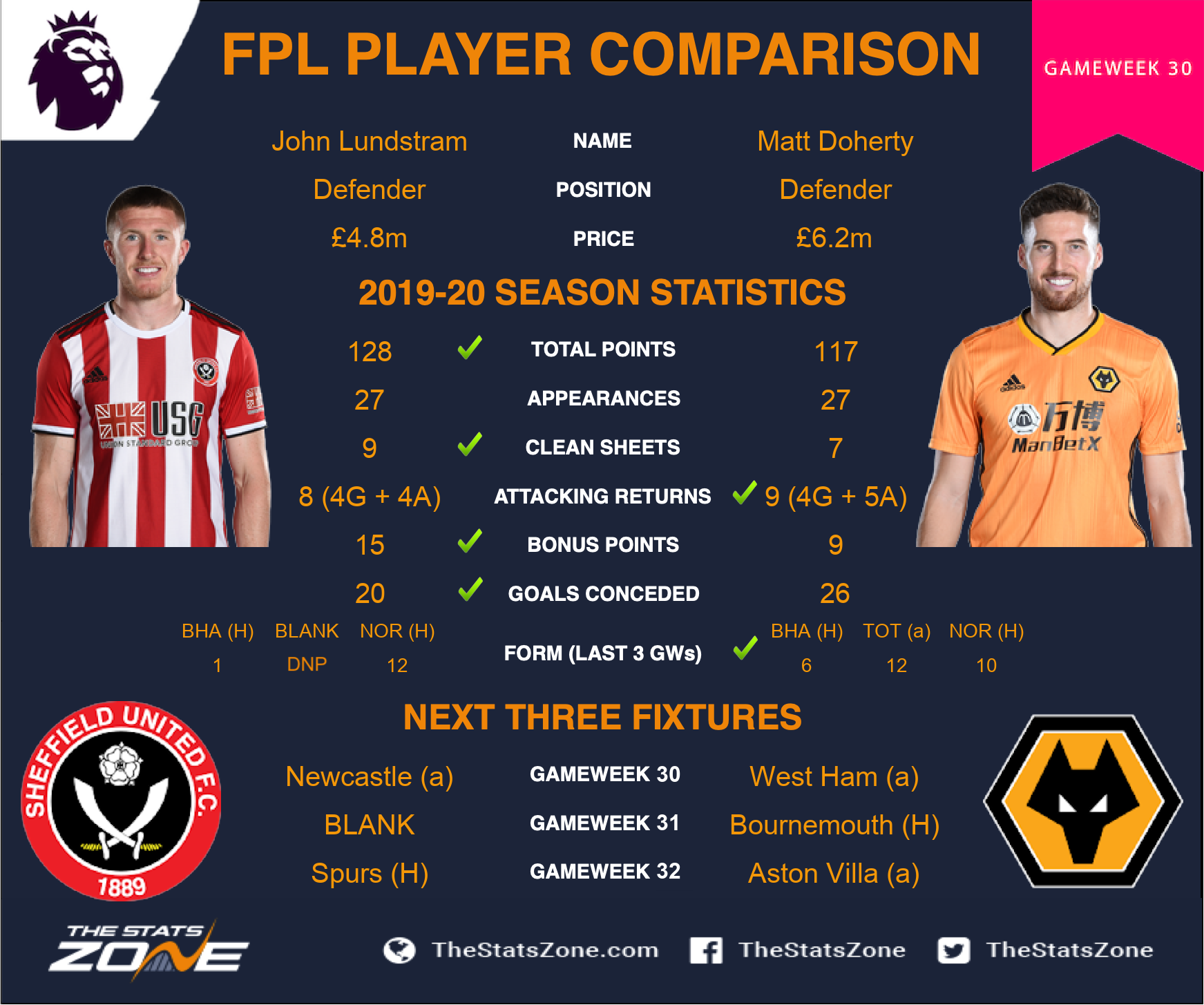