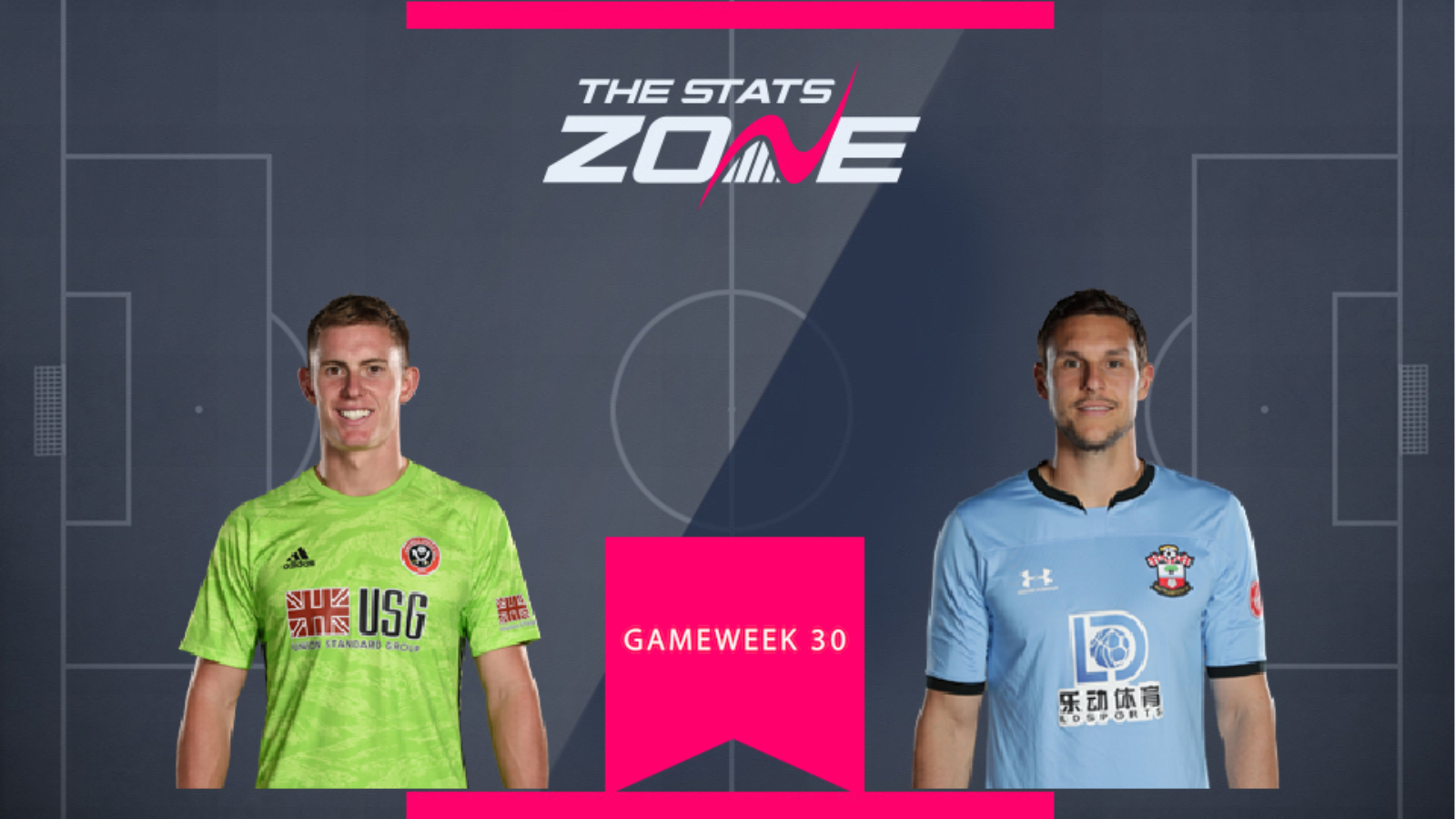 Sheffield Utd returned to Premier League action in Gameweek 29 after not playing the week before. They returned with a win and a clean sheet, beating Norwich 1-0 at Bramall Lane. This was a 10th clean sheet of the season for Blades goalkeeper Dean Henderson (£5.2m) who has taken the Premier League by storm. Whilst Southampton were beaten 0-1 at home to Newcastle after being reduced to ten men in the first half, they had keeper Alex McCarthy (£4.5m) to thank for keeping them in the game for so long. McCarthy made numerous saves, including one from a penalty before finally being beaten in the second half. Despite not keeping a clean sheet, he still managed to acquire 12 FPL points.

Henderson and the Blades are away to Newcastle, whilst Southampton travel to bottom-placed Norwich. On paper the fixture looks like favouring the Saints, but when choosing between goalkeepers, it's Henderson that holds the advantage with Newcastle scoring just once in their last five league games. Behind a defence that has excelled this season and attempting to prove why he deserves an England call up, we're tipping Henderson to earn another shutout and outscore McCarthy here. 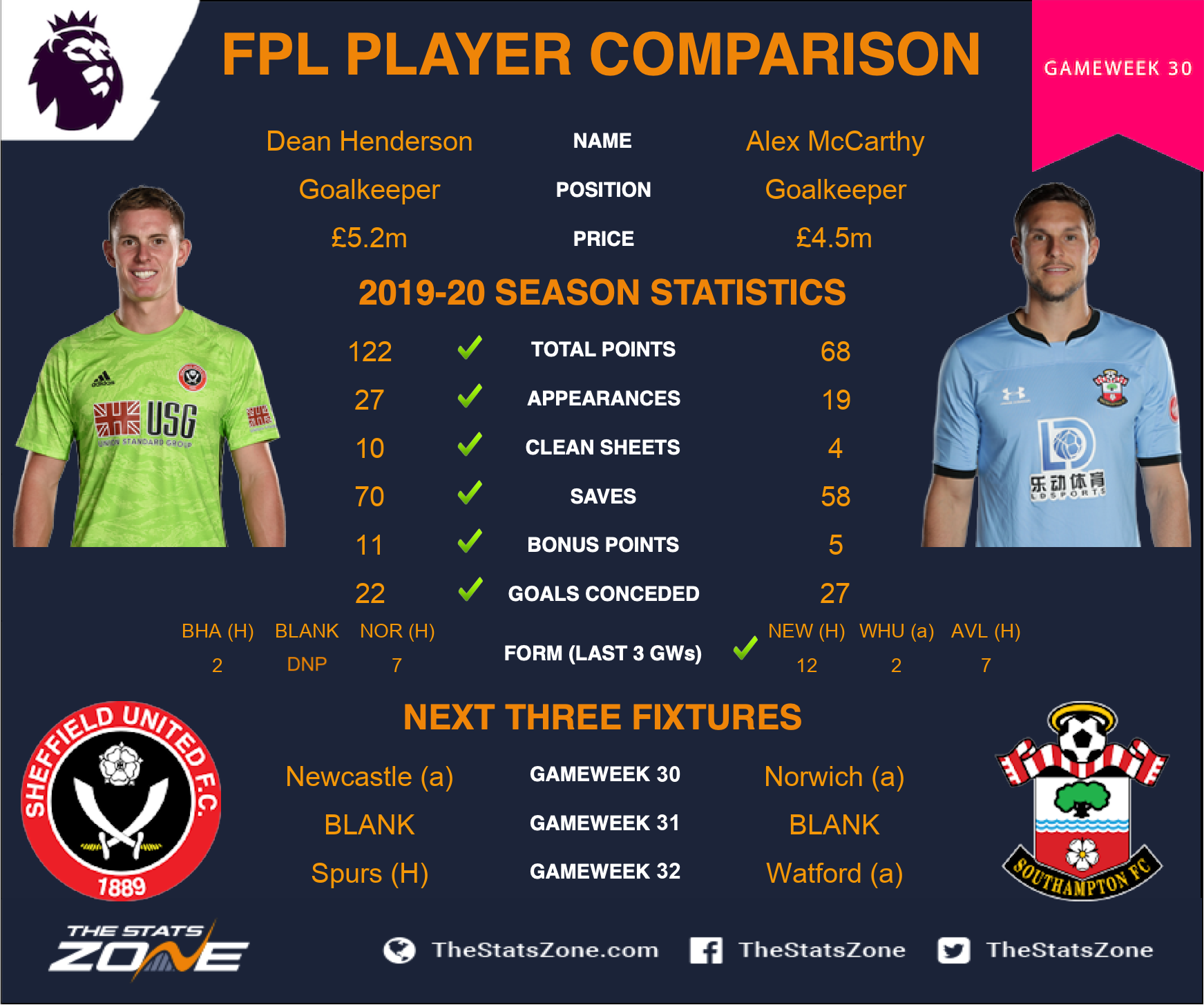