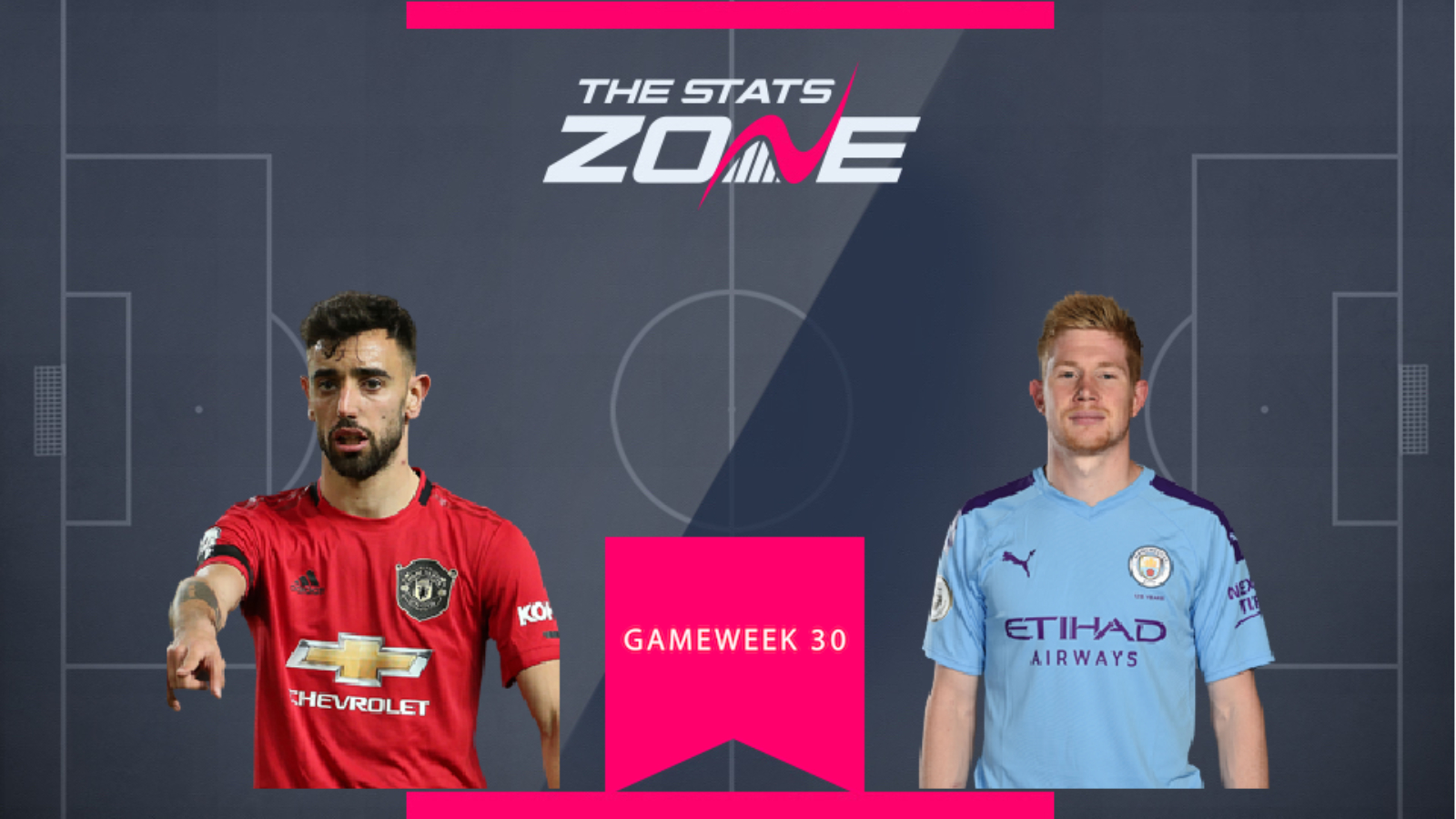 The star of Bruno Fernandes (£8.5m) continues to rise as the Man Utd midfielder made it five attacking returns in his last four league matches, after providing an assist from a free-kick in the Red Devils' 2-0 win over neighbours Man City. Playing in the number 10 role behind the forwards, Fernandes has shone and comparisons have been drawn between him and Man City midfield maestro Kevin De Bruyne (£10.6m), who did not feature in Gameweek 29 due to a shoulder injury.

Man Utd are away to Spurs in Gameweek 30, whilst Man City host Burnley. De Bruyne arguably boasts the better fixture here, although Spurs look decidedly dodgy in defence, conceding eight goals in their last four league games. Add that to the question mark over De Bruyne's injury and plumping for Fernandes appears the more sensible option. 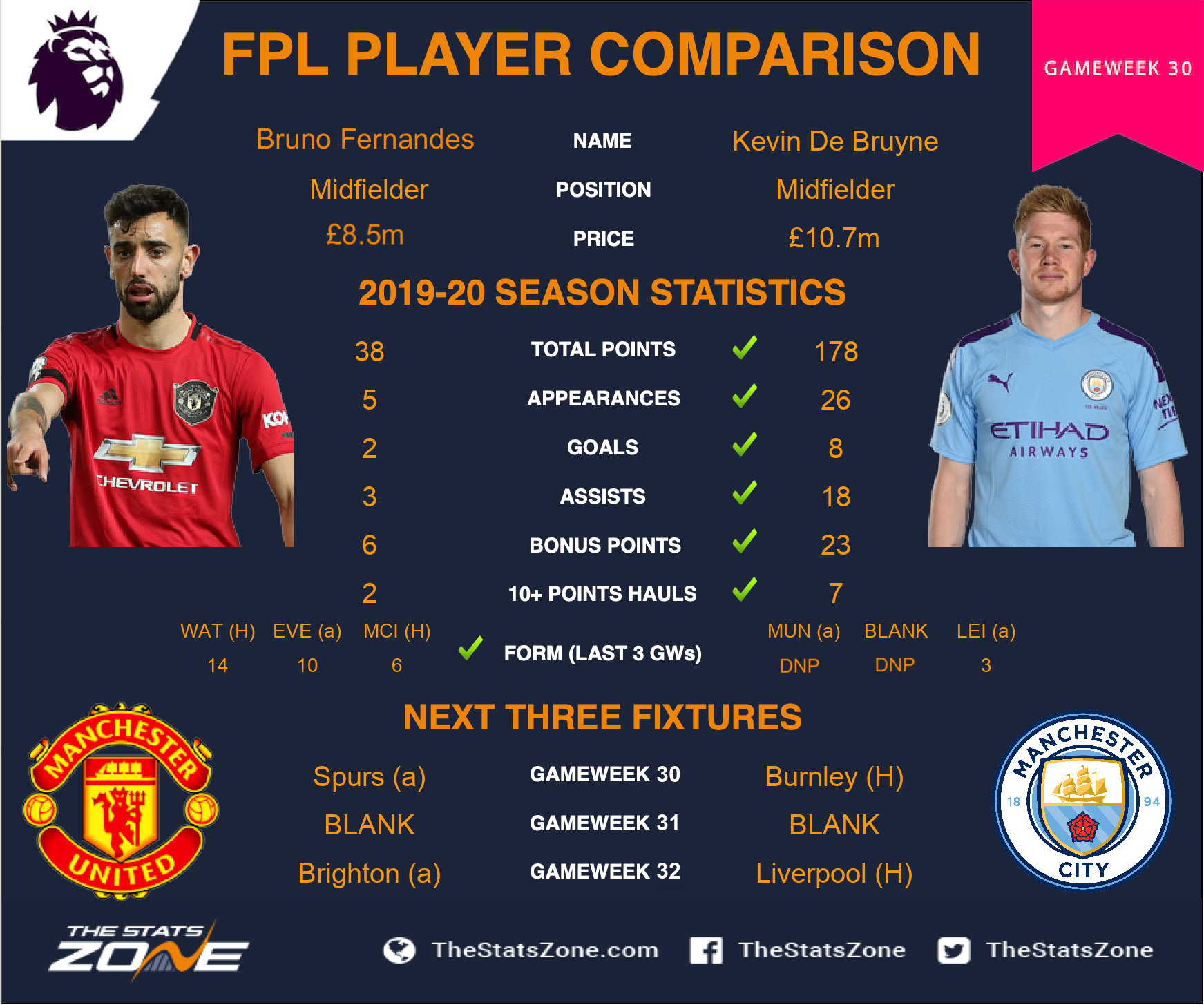