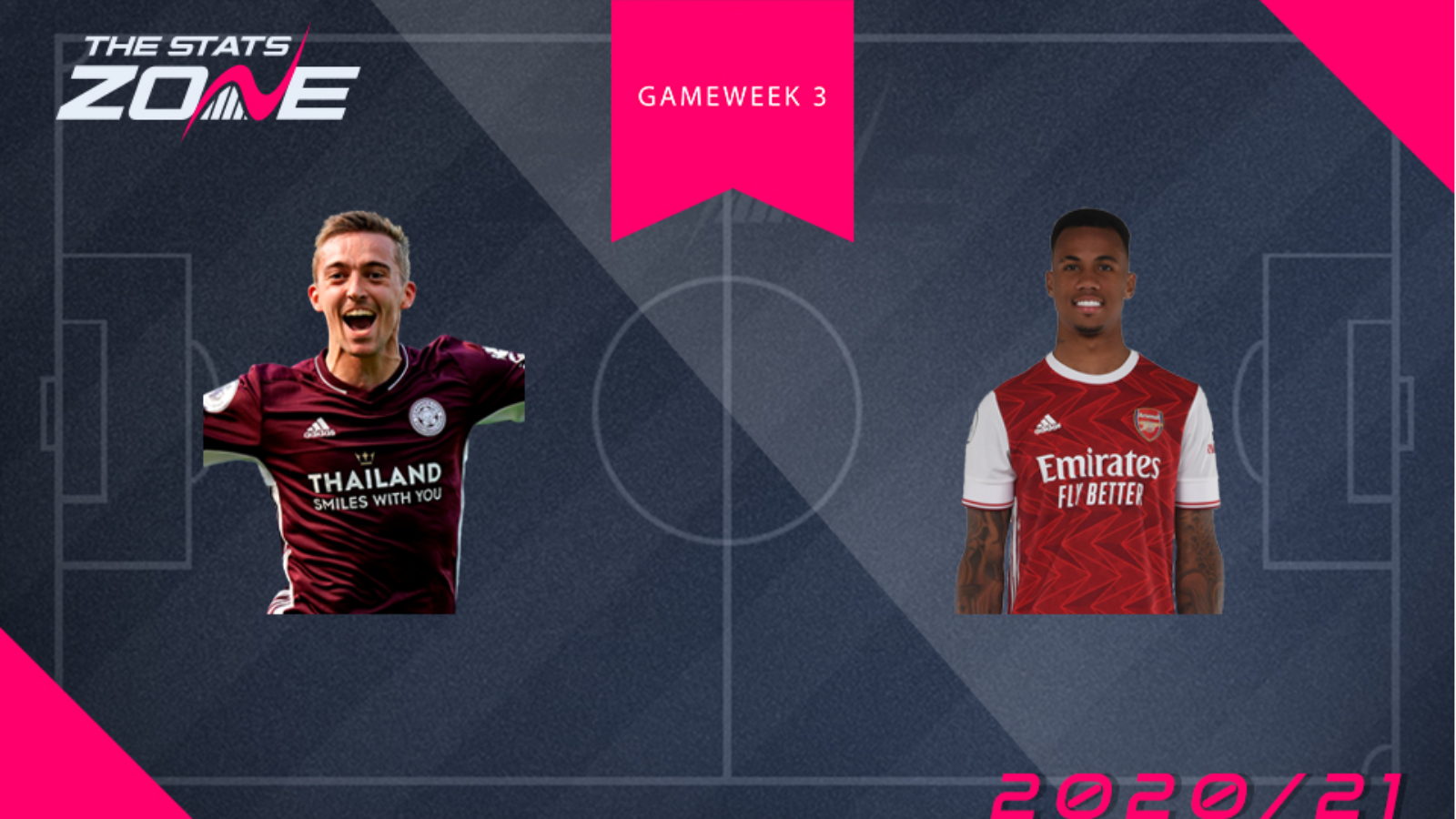 Leicester full-back Timothy Castagne (£5.6m) has made quite the impression upon his debut to the Premier League. After scoring in his first match against West Brom, he bagged two assists in Gameweek 2 against Burnley in a 4-2 win for the Foxes. Arsenal's new central defender Gabriel (£5.1m) didn't have much success from an FPL perspective in Gameweek 2, but was on the winning side in the Gunners' 2-1 victory at home to West Ham.

Castagne will be hoping to add to his 23 FPL points already accrued this season in Gameweek 3 as Leicester travel to Man City. Gabriel also faces a difficult away trip as Arsenal face Liverpool at Anfield. The likelihood of either player keeping a clean sheet are slim. For that reason, we'd normally favour the cheaper asset, which is Gabriel. However, Castagne has looked very strong going forward and against a Man City defence who may be without Aymeric Laporte, the new Leicester signing from Atalanta could register an unexpected attacking return.