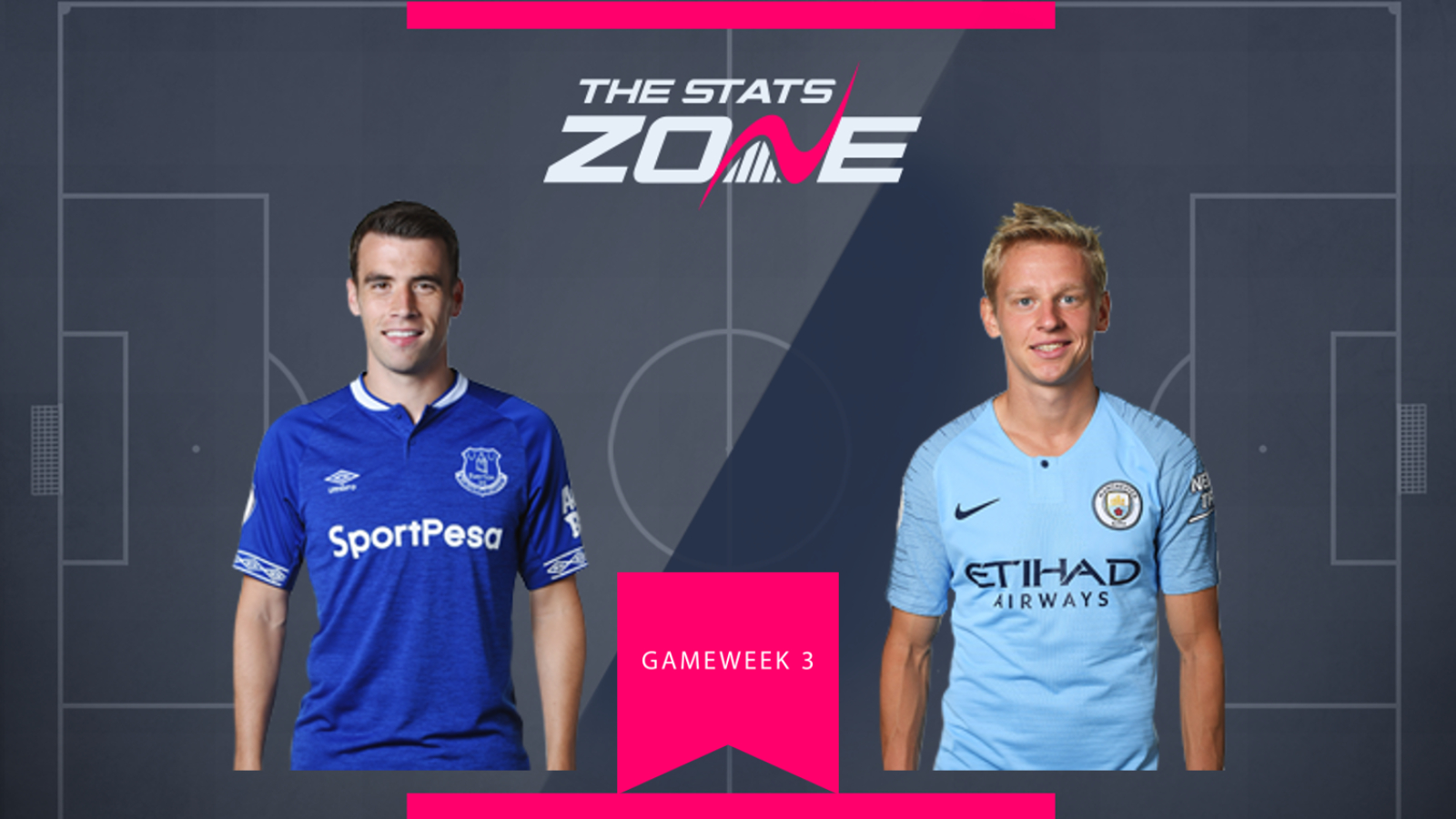 Everton’s Seamus Coleman (£5.5m) bagged his second successive clean sheet in Gameweek 2, shutting out Watford at Goodison Park to earn five FPL points, although the right-back was booked early on to lose out on any hopes of bonus points. Man City’s Oleksandr Zinchenko (£5.5m) returned only one point after his side’s 2-2 draw at home to Spurs. Both full-backs showed attacking intent, getting forward down the flanks in an attempt to supply their teammates with crosses into the box and both look enticing FPL options going forward.

Both face tricky away trips in Gameweek 3; Coleman’s Everton travel to Aston Villa who have scored in both of their opening Premier League fixtures, while Man City face Bournemouth whom they successively kept a clean sheet against last season at the Vitality Stadium. With Mendy still out injured, Zinchenko should still be a guaranteed starter in the City defence. With the attacking potential of the champions to go with their defence, Zinchenko edges Coleman here. 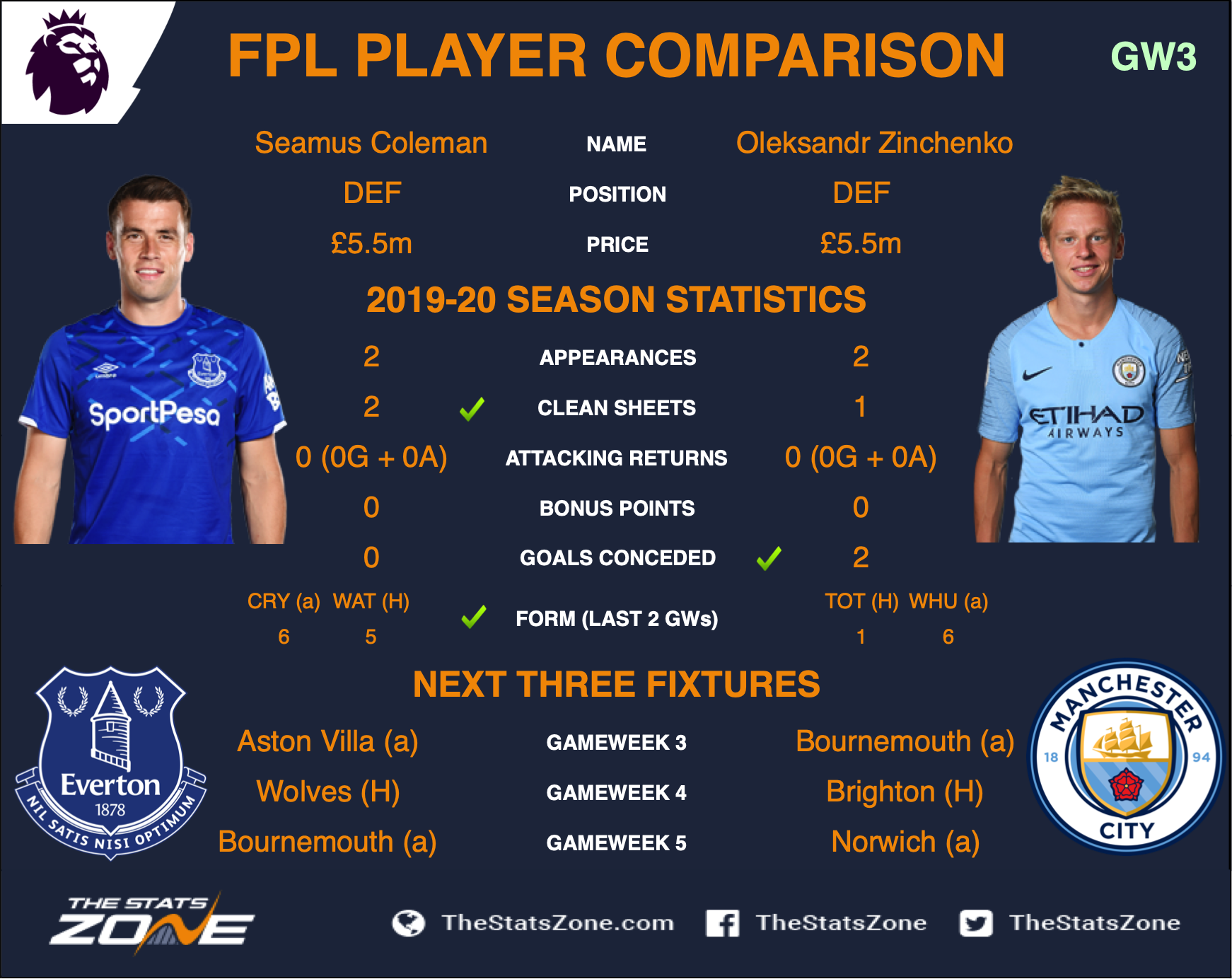