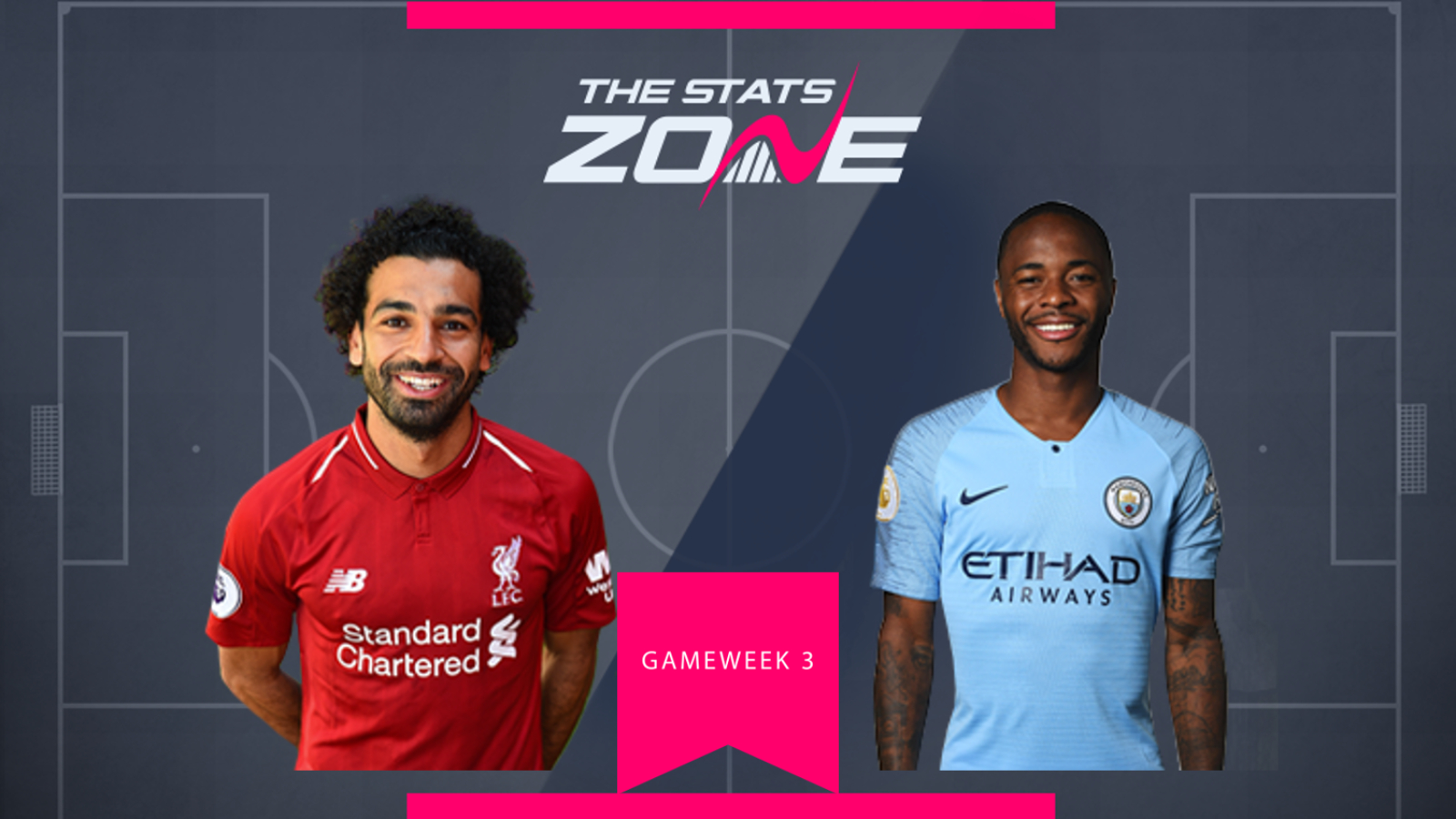 Both these two high-priced midfieders will find themselves in millions of FPL squads already. Raheem Sterling (£12.2m) has established himself as a must-own already this season with four goals in his first two games. Mo Salah (£12.5m) has returned 15 points from his first two fixtures despite failing to register a goal or assist in Gameweek 2 away at Southampton.

If you can only afford one of these players going into GW3, then Sterling is the more attractive option. He has scored eight goals in his previous seven fixtures against Gameweek 3 opponents Bournemouth, including two assists. Salah faces a trickier assignment against an Arsenal side who have conceded only one goal in their first two matches. He also has to compete with returning teammate Sadio Mane for attacking returns. 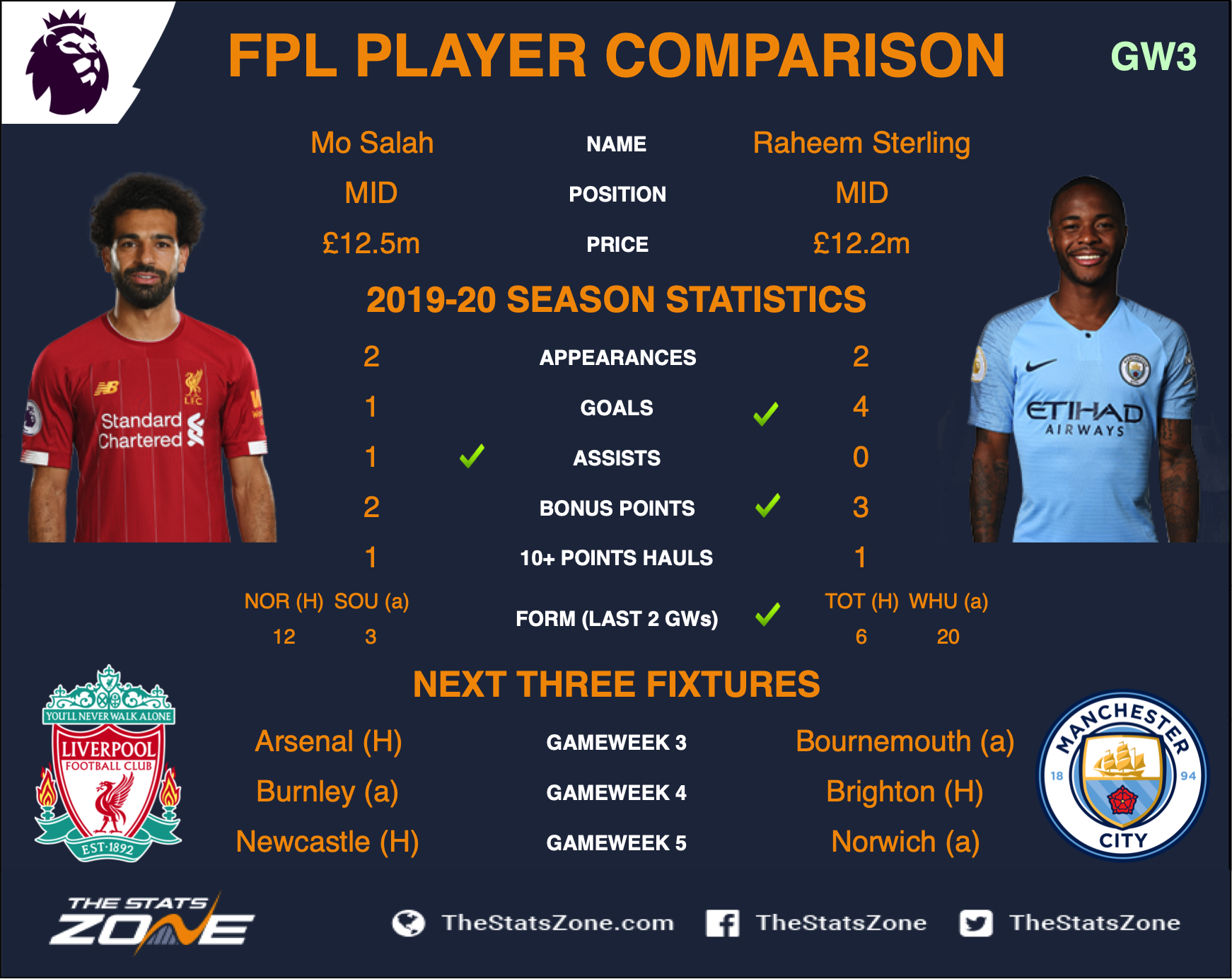