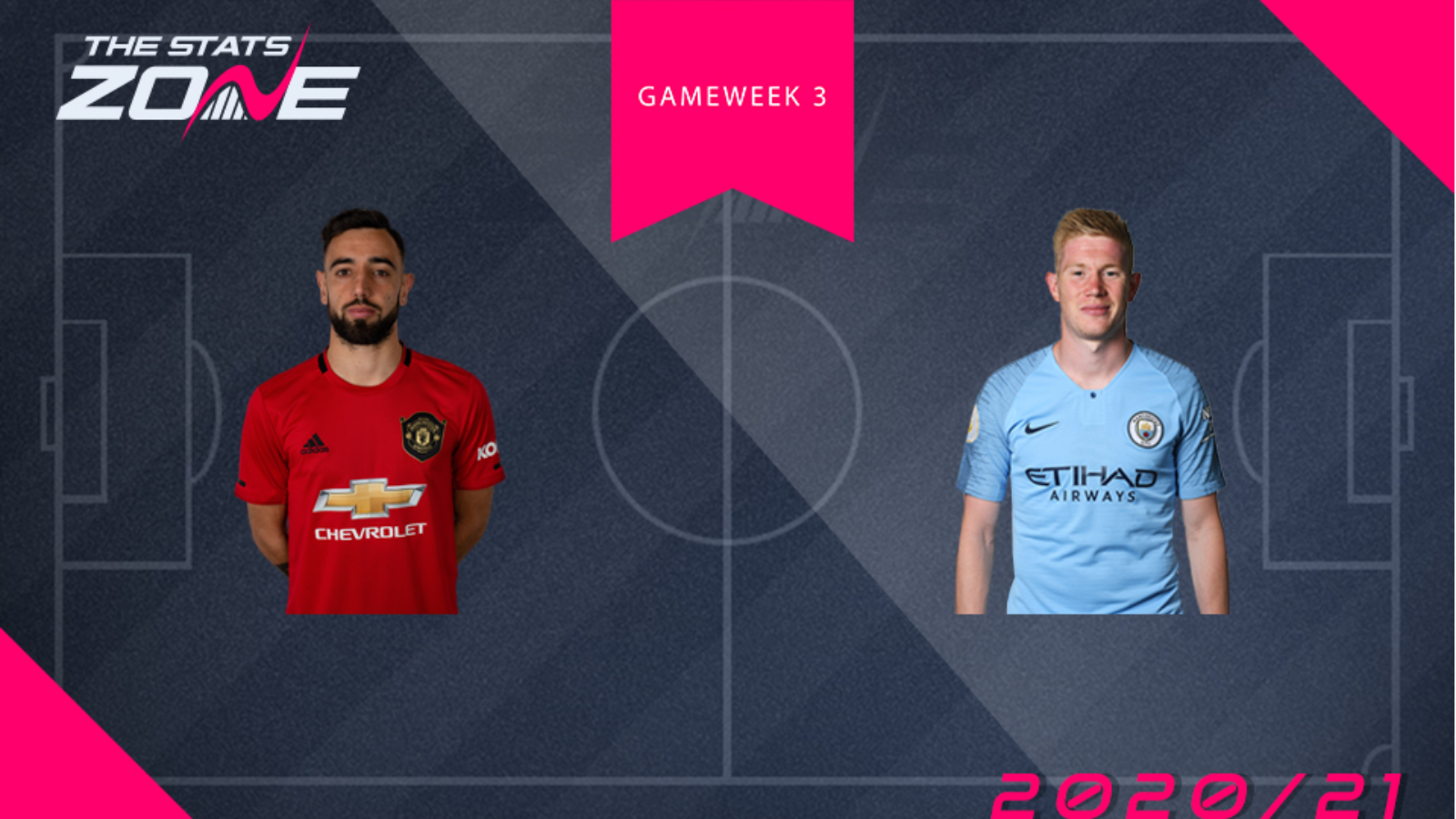 Many FPL managers transferred Bruno Fernandes (£10.5m) into their teams for Gameweek 2, but were to be left bitterly disappointed as the Portuguese midfielder failed to make an impact against Crystal Palace, picking up just 2 FPL points as Man Utd went down 1-3 at home to the Eagles. Kevin De Bruyne (£11.6m) meanwhile, made the ideal return to FPL duty, bagging a goal and an assist in Man City 1-3 win away at Wolves, picking up 13 FPL points.

Gameweek 3 sees Man Utd travel to Brighton, where Fernandes scored twice last season, whilst Man City host Leicester. De Bruyne didn't score in this fixture at the Etihad Stadium last season, however this campaign sees the Belgian now taking penalties. When you take into account how he has started this season compared to how poor Man Utd looked against Crystal Palace, it's very difficult to look beyond De Bruyne here, even though he comes in at £1.1m more expensive than Fernandes.