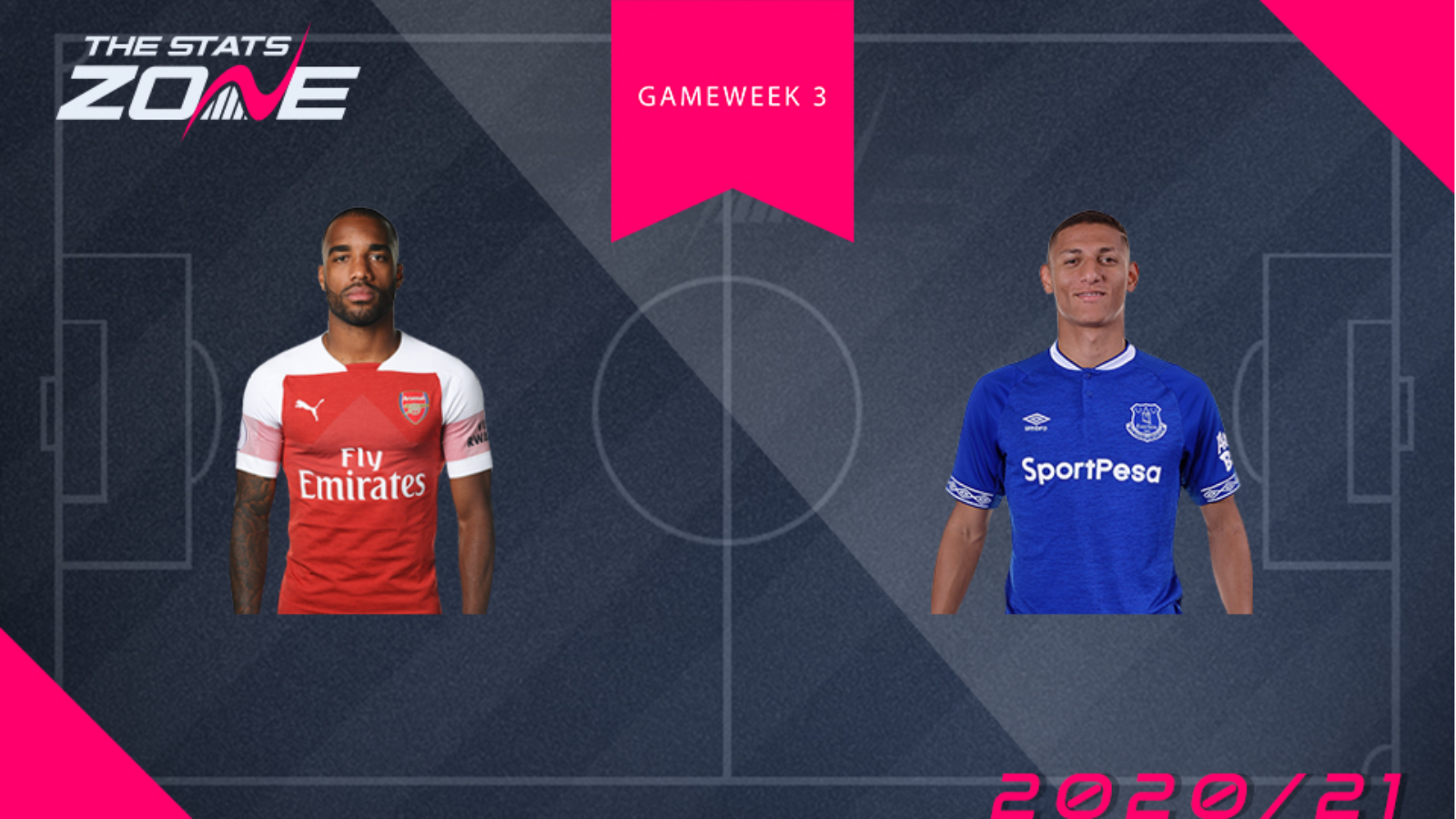 Arsenal forward Alexandre Lacazette (£8.5m) made it two goals in two Premier League games, with the opening goal in the Gunners' 2-1 win at home to West Ham in Gameweek 2. Lacazette has now accrued 14 FPL points since the start of the 2020-21 season. Everton have hugely impressed in their opening two fixtures and Richarlison (£8.0m) enjoyed an outstanding Gameweek 2 from a team perspective, supplying three assists in a 5-2 victory over West Brom. This also netted the Brazilian 12 FPL points, an impressive feat which was perhaps overshadowed by teammate Dominic Calvert-Lewin's hat-trick.

Gameweek 3 sees Arsenal travel to Liverpool. This looks a very tough fixture on paper and Lacazette even starting the match looks questionable, with manager Mikel Arteta potentially preferring the work-rate of Eddie Nketiah against such an opposition. Richarlison and Everton meanwhile, are away to Crystal Palace, a tricky fixture itself. However, when you consider the form that the Toffees are in and the fact that Richarlison must be desperate to net his first goal of the campaign, we're plumping for Everton forward in this one.